You can’t say Lycra louts! Campaigners call for the abuse of cyclists to be made a ‘hate crime’ giving them the same protection as domestic violence victims and refugees

Campaigners are trying to ban the use of the term ‘Lycra louts’ to describe speeding cyclists – and even stop the likes of Jeremy Clarkson poking fun at them.

Under proposed media guidelines, abuse of cyclists would be treated as a ‘hate crime’ and they would get the same protection as domestic violence victims and refugees.

Newspapers would also be gagged from stating if an injured cyclist was not wearing a helmet or high-vis clothing.

Instead, they would be urged to shame ‘criminal’ motorists for accidents involving bicycles. 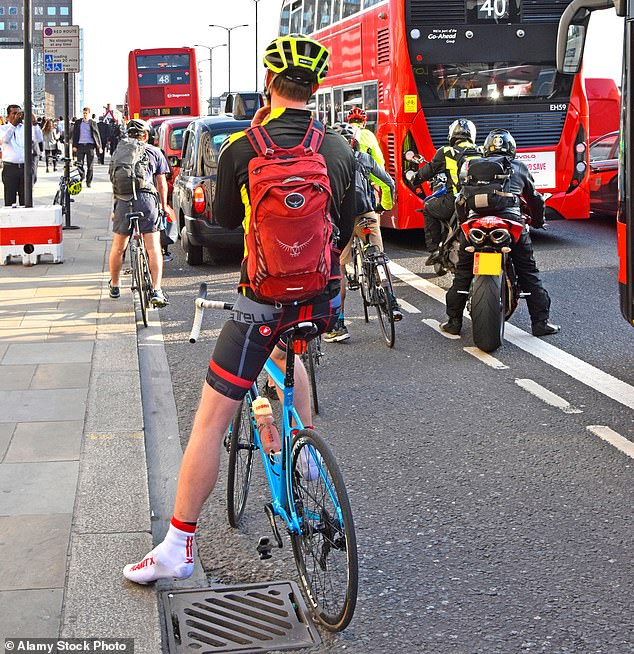 The guidelines were drawn up by the University of Westminster, the National Union of Journalists, road safety charities and other experts.

They say the word ‘accident’ should be banned in reports of crashes – even though ‘road traffic accident’ is the legal term recognised by police and courts.

The report says cyclists are ‘frustrated by road deaths being portrayed as unavoidable ‘accidents’ rather than by ‘very avoidable criminal behaviour’.

It says: ‘All traffic collisions involve some form of misjudgement by error or outright downright dangerous action by one or more drivers.’

The move was criticised last night. Howard Cox, founder of FairFuelUK, which campaigns for motorists, said: ‘Motorists will be repulsed that militant, urban-based cyclists want drivers to take the blame in any report of an accident. 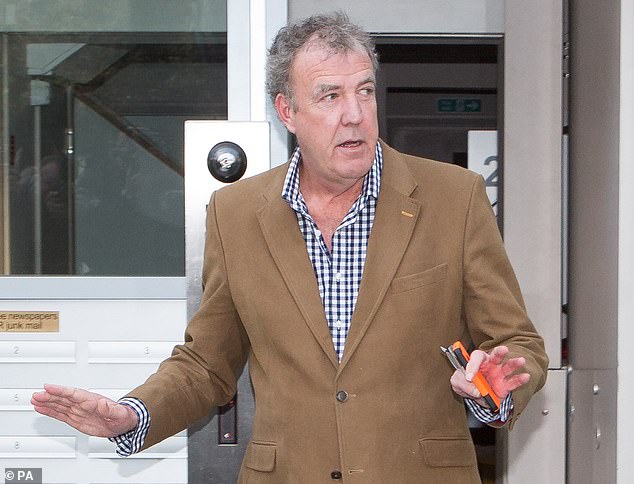 ‘It is the latest attempt to re-write the road-user handbook by the Lycra-clad liberal elite. They are not interested in being fair. Now they want to muzzle the Press in their continuing hatred of motorists.’

The term ‘Lycra lout’ was coined to describe cyclists who race through red lights or speed along pavements. Jeremy Clarkson has often vented his fury at them.

In 2014 he tweeted a photo of a cyclist whose face was ‘twisted into a contorted mask of pure fury’ after the TV presenter overtook him.

The former Top Gear host said he was ‘amused’ by the cyclist’s rage. It prompted BBC Radio 2 host Jeremy Vine, a keen cyclist, to call Clarkson a ‘muppet’.

The guidelines follow a boom in cycling. Many town hall chiefs have used the pandemic to create extra cycle lanes, leading to complaints of traffic chaos.

The ‘Road Collision Reporting Guidelines’ say cyclists are ‘dehumanised’ by media coverage which is in favour of speeding motorists. When a cyclist was in an accident with a car, the media should state they had been ‘hit by a driver, not a car’.

The report also questions the use of the word ‘cyclist’ itself, arguing it ‘can engender negative connotations’.

Under the code, cyclists who claim they have been insulted will be able to make formal complaints on the grounds that it ‘provoked hatred’.

The report was written by Westminster University ‘Active Travel Academy’, including Laura Laker, who writes on cycling for The Guardian, and Adam Tranter, the ‘bicycle mayor for Coventry’.

abuse, call, campaigners, for, of
Celebrities