The Capitol rioter who posed with his boot on House Speaker Nancy Pelosi’s desk called the senator a “Biatch” — and not the far more offensive slur with one less letter, his lawyer argued in court papers.

In an effort to frame Richard Barnett, 60, “in the worst possible light” and deny his bid for bail, federal prosecutors misquoted the note he left for Pelosi during the Jan. 6 siege, argued defense attorney Joseph McBride in a motion filed Friday in DC federal court.

“Instead of writing the accusatory ‘You bitch’ as the government falsely states, it only says ‘biatd’ and without the word ‘you,’” McBride explained in a footnote. “On information and belief, the ‘d’ was meant to be two letters, ‘c’ and ‘h’ with the ‘c’ connected to an ‘h’ to spell the word ‘biatch’ which is slang and a less offensive word for ‘bitch.’”

In addition, his lawyer argued that Barnett’s combination walking-stick-stun-gun was not a dangerous weapon as the government contends.

While Barnett did show off the novel contraption, activating the shock function for a group of men at a bar Jan. 5, he had removed the batteries before storming the Capitol — making it “nothing more than a collapsible walking stick,” the papers say.

Barnett, of Arkansas, allegedly breached the government building with hundreds of other President Donald Trump supporters, lounged in Pelosi’s office and snatched a piece of her mail, then later bragged to the media about it.

“He removed said envelope because he bled on it, and did not want to leave his blood in the Speaker’s office,” wrote McBride, who added that Barnett turned over the unopened piece of mail to the FBI when he surrendered. “Therefore, it cannot be said that he intentionally damaged federal property.”

The attorney accused the government of having a “disdain for life in Arkansas.”

In late January, Chief Judge Beryl Howell ordered Barnett held without bail, calling him “brazen, entitled and dangerous” — and questioning his intelligence — after federal prosecutors argued that he’s too dangerous to be freed.

The government pointed to incendiary language Barnett used on the day of the riot. “We the People. We own this motherf–ker. This is our country. This is our District You wanna f–k with us. Bring it on!” he allegedly said.

If convicted, Barnett faces up to 11½ years in prison. 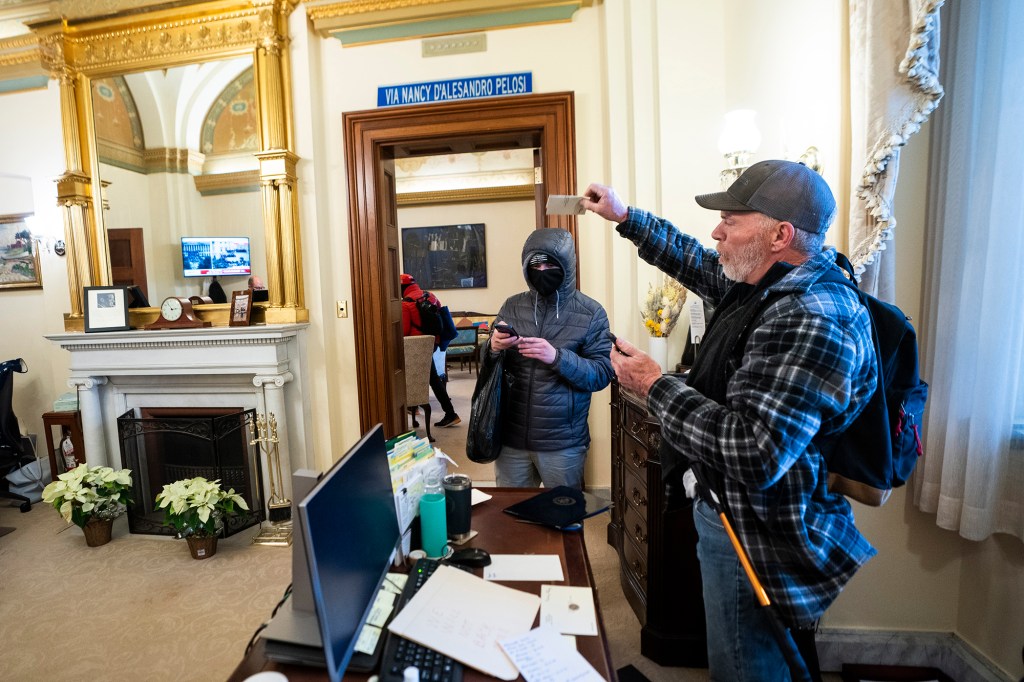 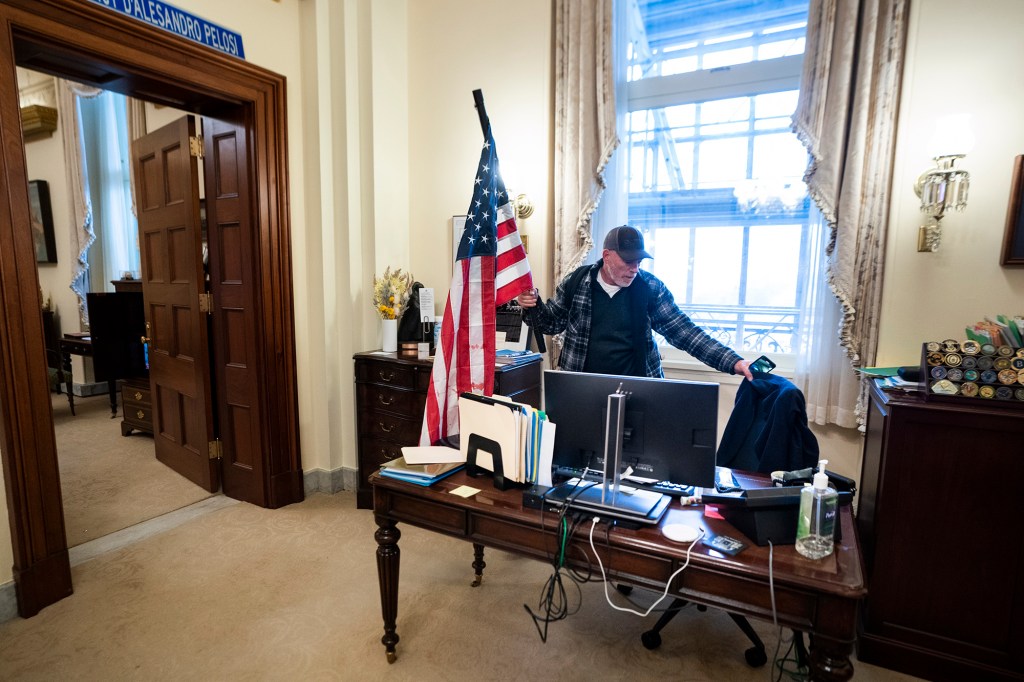 argues, Capitol, he, rioter, that
Celebrities