A father has released shocking footage of a machete-wielding thug and his accomplice trying to break into his daughter’s home.

The footage, filmed from outside the front door, shows the men trying to pry open the doors and windows at the home at 3.48am in Eastwood, Essex, on Saturday, December, 10.

During the incident one man tried to break into the house through the windows while the other stands at the door armed with a large knife.

The video shows one of the men dressed in a navy blue tracksuit and grey trainers first trying to open the door and windows at the front of the home.

The front window opened and the first masked man ran back out of the front garden to his masked accomplice.

The man returns holding a knife and with an accomplice wearing black trainers who was putting gloves on while walking into the front garden.

While the man with the black trainers opened the front downstairs window the other stood in front of the door wielding a large knife.

The second man looked inside the home once he opened the window using a torch. 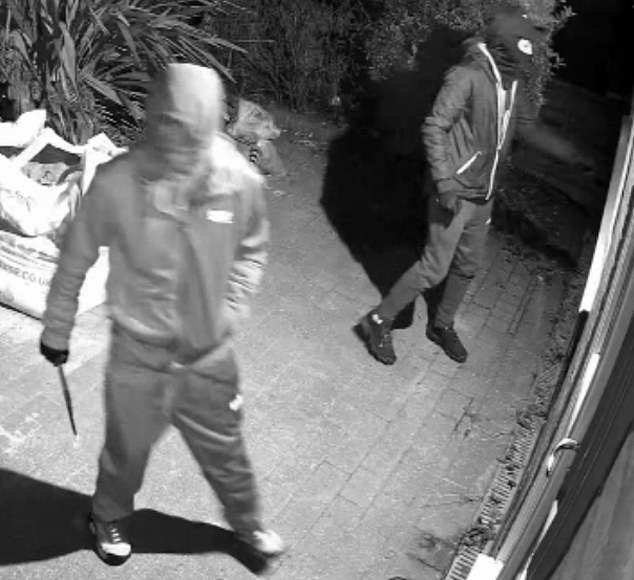 The masked pair check the windows and doors at the front of the house at 3.48am in Eastwood, Essex, on Saturday, December, 10 while wearing gloves and wielding a machete on 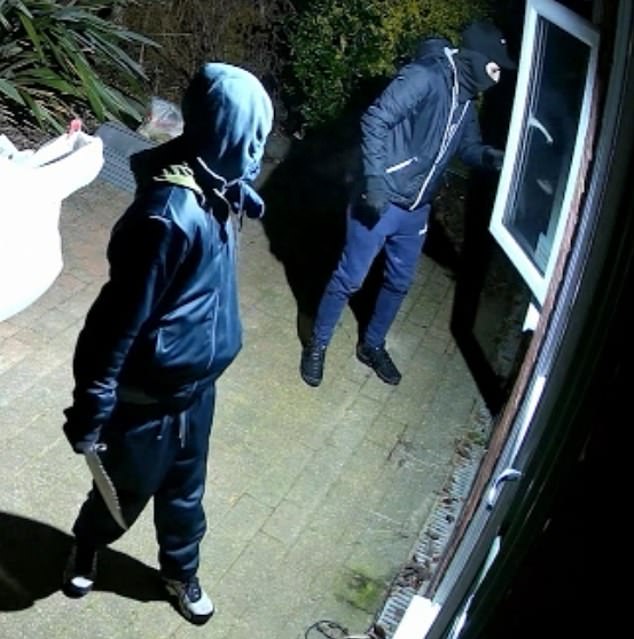 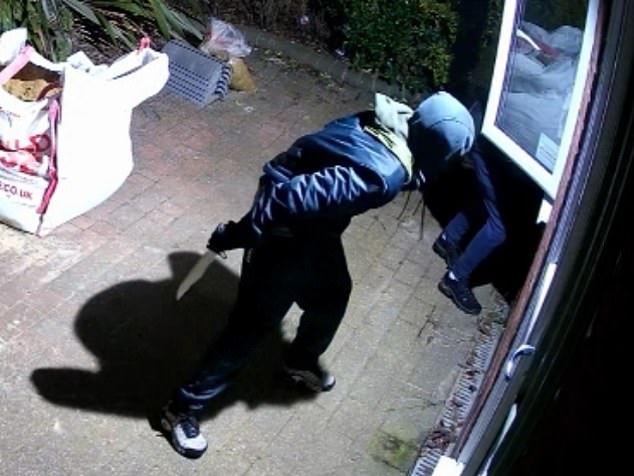 After looking inside the property the pair then shut the window and walked away.

Following the attempted break-in the daughter, who lives at the home filed and online report.

‘My daughter has filed an online report.’