Central Rome locked down as Putin arrives to meet the Pope

Rome’s historic centre is being locked down with  ‘mobile phones scrambled’ as Russian president Vladimir Putin touches down for a lightning visit with the Pope and the Italian government.

Tight security in the city will also see 50 streets blocked to traffic.

Putin will be driven around in his six-metre-long armoured limo by a chauffeur who has been practising negotiating his way around the narrow streets. 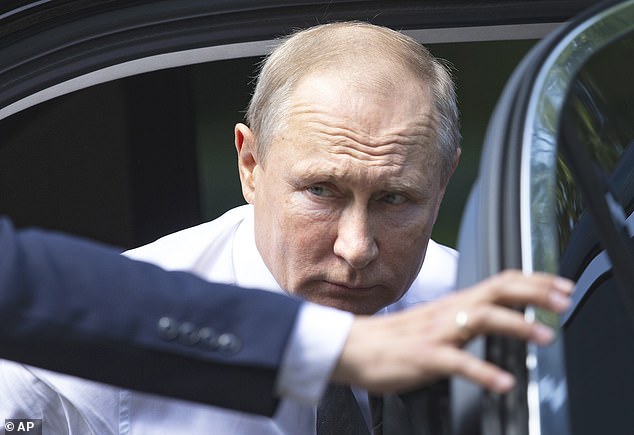 50 streets in Rome’s historic centre are being blocked to traffic with the possibility of mobile phone scrambling, according to local media. Putin will be driven around by a chauffeur, specially trained to negotiate the city’s narrow streets. Here, Putin is pictured getting out of the limo during a wreath laying ceremony marking the 78th anniversary of the Nazi invasion of the Soviet Union (AP) 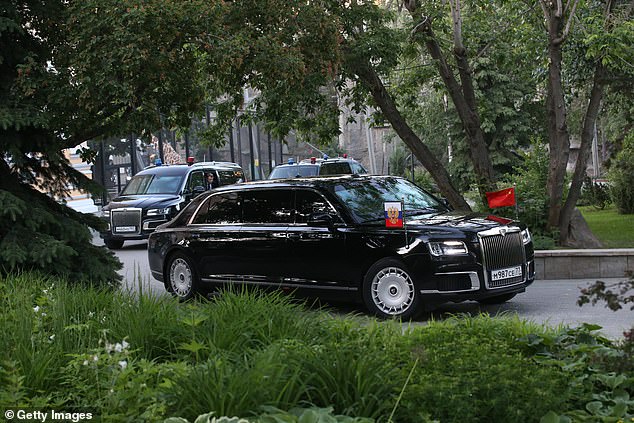 According to the Kremlin, the visit is to discuss ‘preserving Christian holy sites in Syria.’

This will be the third time that Putin meets the pope with their last encounter having been in 2015.

The head of the Catholic church asked the Russian president, and other parties involved in the Ukraine conflict, to make a ‘sincere effort’ for peace.

The pair first met in 2013, as the Roman Catholic Church sought to improve ties with the Russian Orthodox Church.

Only in 2009 did the Vatican and Moscow re-establish full diplomatic ties which had been severed during Soviet times.

Putin will also meet Italian deputy prime minister, Matteo Salvini, in the evening for dinner, followed by a meeting with his old friend and former Italian leader Silvio Berlusconi.

Salvini has often expressed admiration for the Russian president. Shortly after being elected last year, he said: ‘Men like him (Putin) who act in the interest of their own citizens, there should be dozens in this country.’

Salvini has previously visited Moscow and been pictured sporting a pro-Putin T-shirt.

Putin returned the praises during an interview last night, speaking of the deputy prime minister’s ‘welcoming attitude’ to Russia.

In the interview with an Italian newspaper, Putin said his United Russia party was working closely with Salvini’s anti-immigration, nationalist League party. 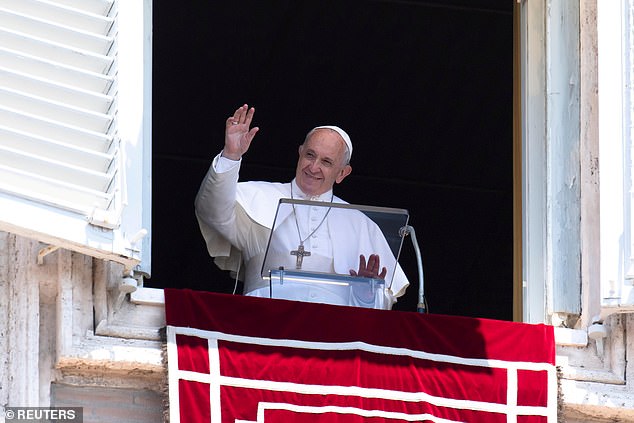 Pope Francis, pictured here during prayers in the Vatican has challenged Putin in the past on his treatment of the conflict in Ukraine. He called for all parties to make ‘sincere efforts’ for peace. The Ukrainian conflict began in 2014 when Russian troops took hold of the country’s Crimea

‘The League and its leader Salvini actively support the restoration of full cooperation between Italy and Russia. They are pushing for a rapid abolition of the anti-Russian sanctions introduced by the US and the EU,’ Putin said.

The US and EU imposed sanctions on Russia after the annexation of Crimea in 2014 and Moscow’s involvement in the conflict in eastern Ukraine.

‘We discussed the prospect of developing Italian-Russian ties and relations between Russia and the European Union,’ Putin said.

‘Salvini has a welcoming attitude towards our country, and is well informed on the situation in Russia.’