Two people have been wounded in a knife attack near the former offices of satirical magazine Charlie Hebdo in Paris.

Police and soldiers were seen flooding into the neighbourhood in the east of France’s capital, near the Richard Lenoir Metro station.

Officers cordoned off the area after a suspect package was noticed nearby, but French radio reported that no explosives were found. 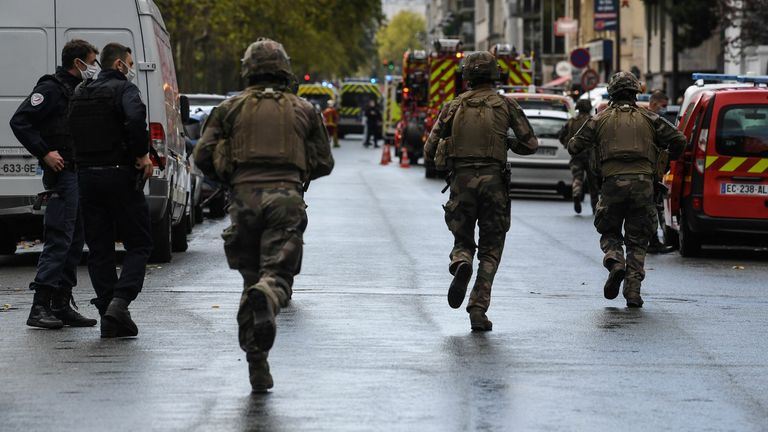 A blade found at the scene was described by police sources as a machete or a meat cleaver.

It was originally reported that four people had been injured in the attack.

French media BFM TV and Le Figaro reported a suspect had been arrested on the steps of the Paris Bastille opera
house.

A City Hall official said schoolchildren in the area were being kept inside.

Prime Minister Jean Castex cut short a visit to a suburb north of Paris to head to the Interior Ministry to follow developments. 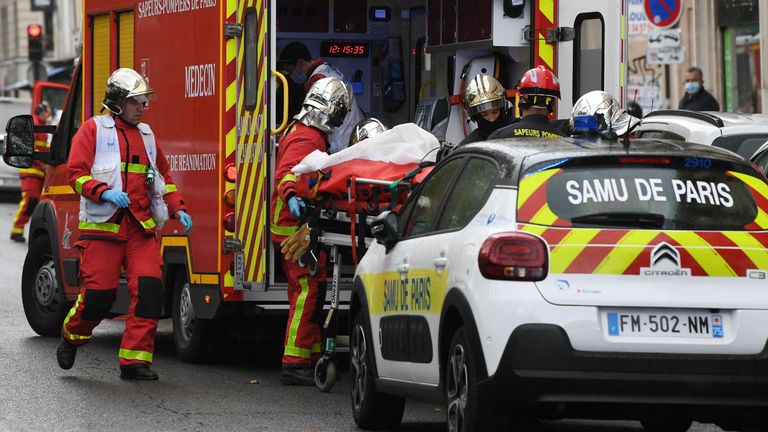 The motive for this attack is unclear, and it is not known whether it is linked to Charlie Hebdo, which has moved its activities out of the area.

The attack comes three weeks after 14 people with suspected links to homegrown Islamist militants who attacked the Charlie Hebdo offices went on trial in Paris.

On the opening day of the trial, the magazine re-ran a series of cartoons depicting the Prophet Mohammed, which Muslims consider blasphemous.

The attackers’ widows are scheduled to testify this afternoon.