Balconies in bloom! Chelsea Flower Show will recognise veranda displays for the first time after flat-dwellers discovered gardening during lockdown

We’re used to seeing designers pushing boundaries to scoop a coveted medal at the Chelsea Flower Show. This year they might not even need a garden to stand a chance of winning.

Balconies will be recognised for the first time in a nod to flat-dwellers who discovered their green-fingers during lockdown. It is something of a contrast to the huge designs at Chelsea in recent years including the reproduction of a Tuscan quarry and another that came with a canal lock.

The Royal Horticultural Society, which organises the show, has also introduced a ‘container garden’ category for those lacking outdoor space – but not ambition. The new categories will feature in this year’s event, which will take place in autumn for the first time in 108 years. 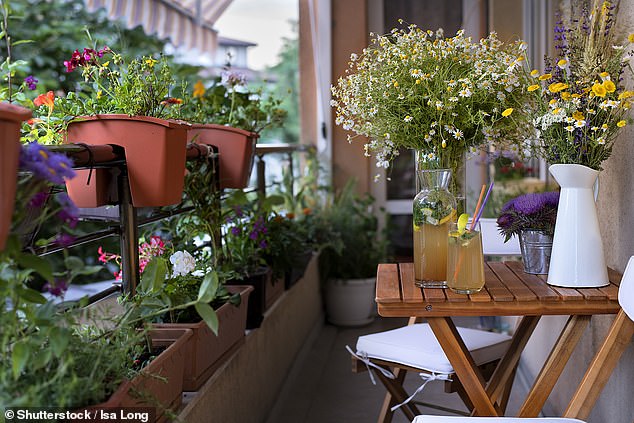 The showcase, from September 21-26, will also feature several gardens with a medical theme, including a tribute to modern-day nursing.

While for many blocks of flats the balcony is a blank spot where an old ironing board or maybe a rusty bike takes centre stage, in countries such as Japan and Singapore, apartment-dwellers make great efforts to have pockets of green several storeys up.

Gemma Lake, show manager for Chelsea, said: ‘A lot of people who have become interested in gardening love to see show gardens, but have very small gardens.

‘We noticed a huge increase in people who have become interested in gardening, a lot of whom are new home owners or renting in cities so we thought it would be really nice to have a balcony gardens category as a great inspiration for people starting out in their own properties. 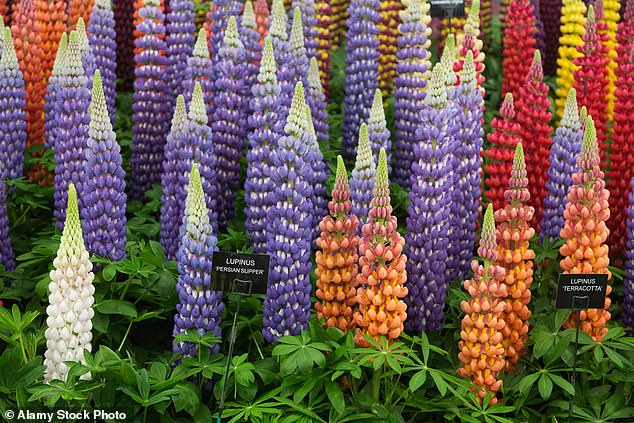 It is something of a contrast to the huge designs at Chelsea in recent years. (Pictured, Lupins (Lupinus) at Chelsea Flower Show)

‘It will be an opportunity for people to see what they can do.’

There will be five balcony gardens which will be 5 metres by 2 (16.5ft x 6.5 ft) and they will appear to look as though they are balconies on the side of a block of flats.

The containers category is another nod to younger people on the move – featuring a 4 metre by 3 metre (14ft by 10ft) space which will feature plants in pots and boxes.

The RHS has already introduced a houseplants category in a nod to the many people who garden indoors.

Helena Pettit, RHS Director of Shows & Gardens: ‘Millions more people turned to gardening this year so we have introduced these two new categories to ensure there is something for everyone at this year’s show.’

The flower show will also feature several gardens with a medical theme. They will include The Florence Nightingale Garden – A Celebration of Modern Day Nursing by Robert Myers which will highlight how plants can aid recovery from illness, and an NHS Tribute Garden designed by Naomi Ferrett Cohen.