At least 13 people were injured when the suspect, who is still on the lose, unleashed chaos on Tuesday at the 36th Street subway station in Sunset Park. 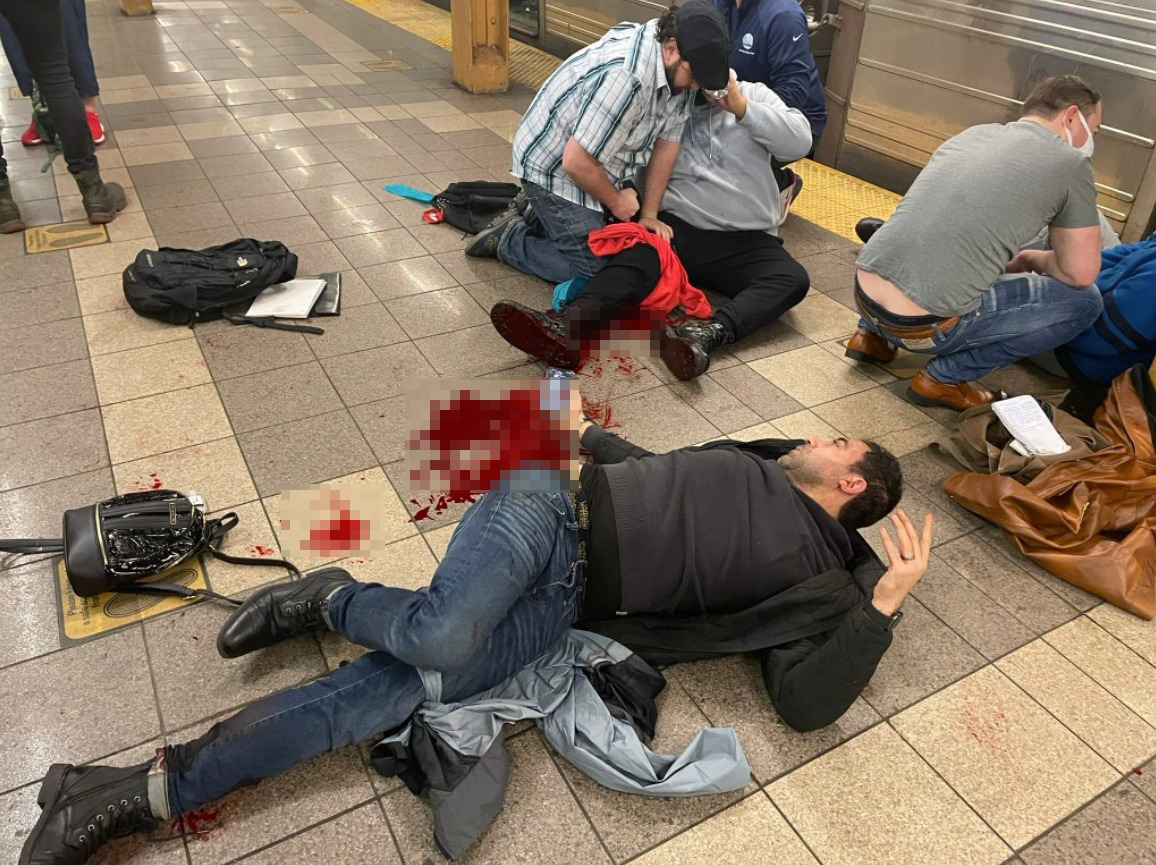 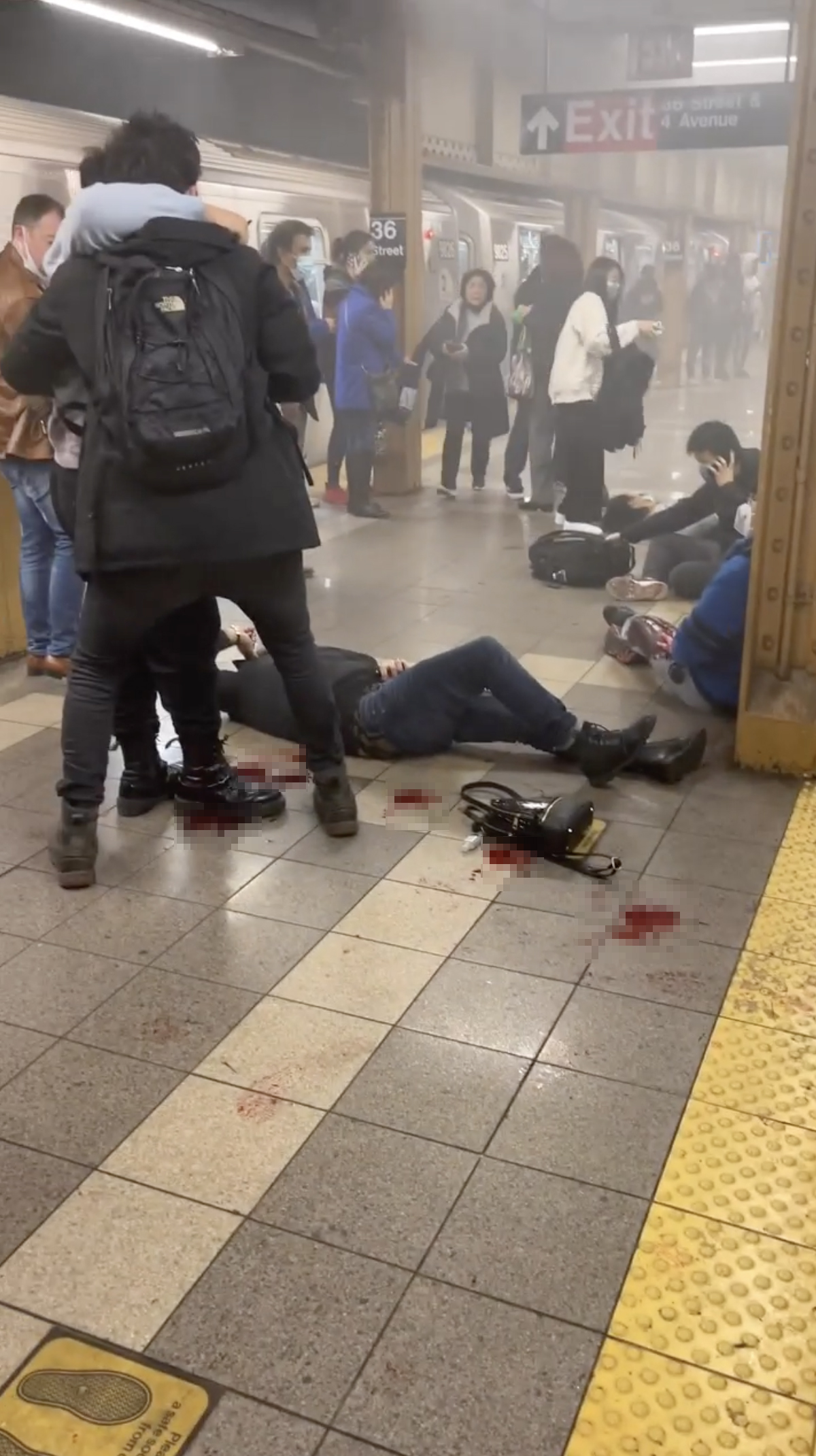 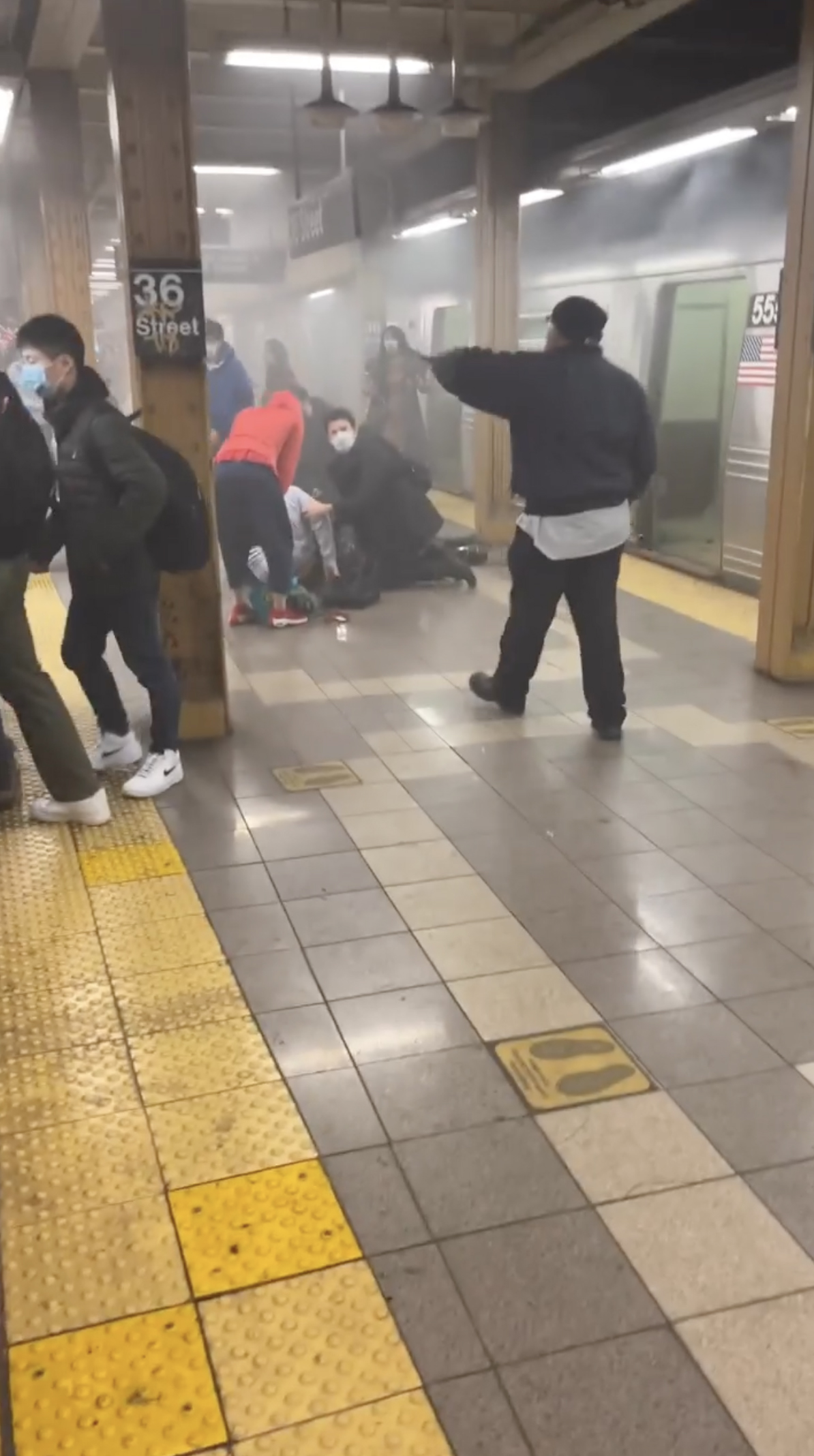 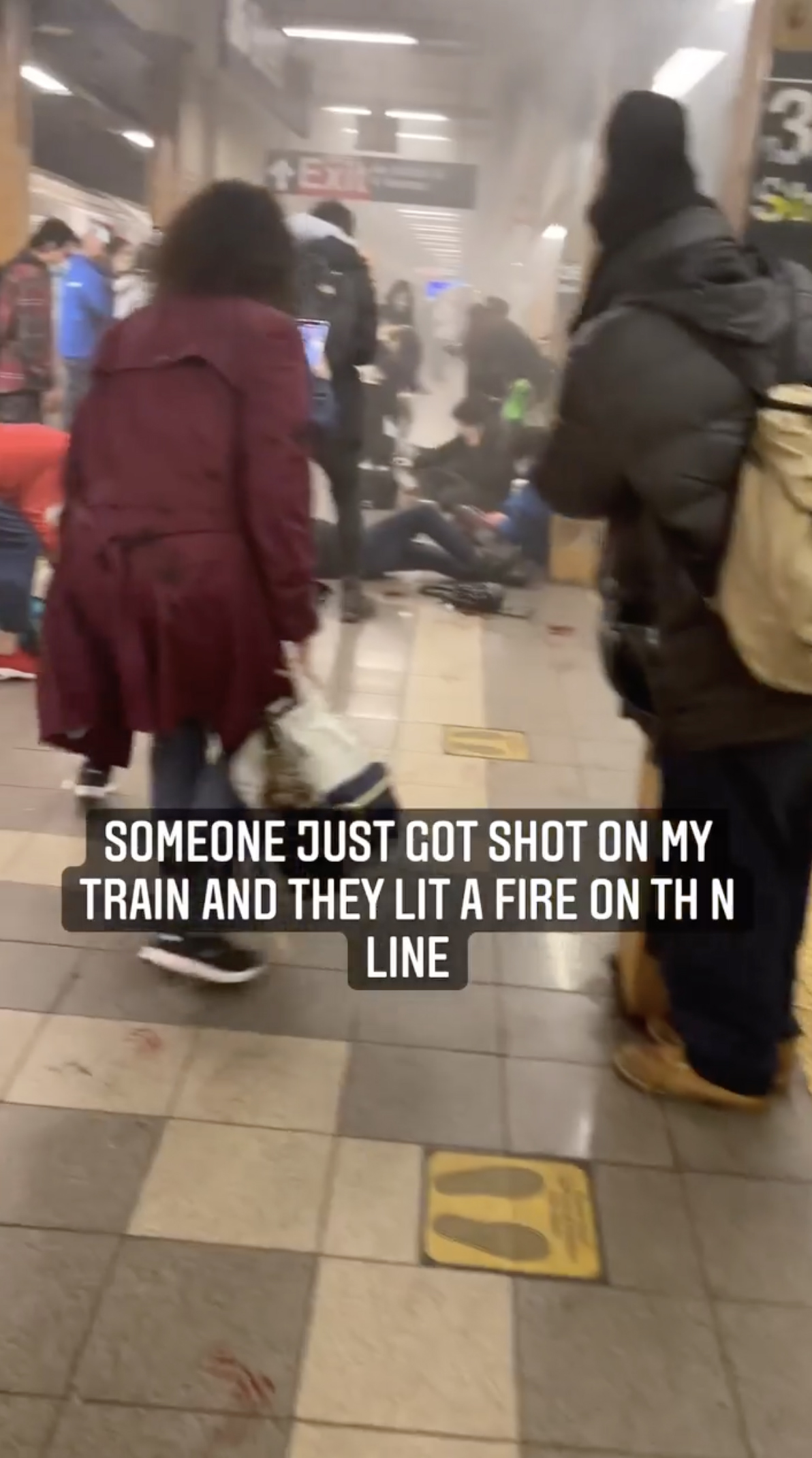 The suspect is a man about 5 feet 5 inches tall and 180 pounds who was wearing a gas mask and an orange construction vest, three senior law enforcement officials told NBC.

However, NYPD said there were no active explosives at the scene as of 10am EST. 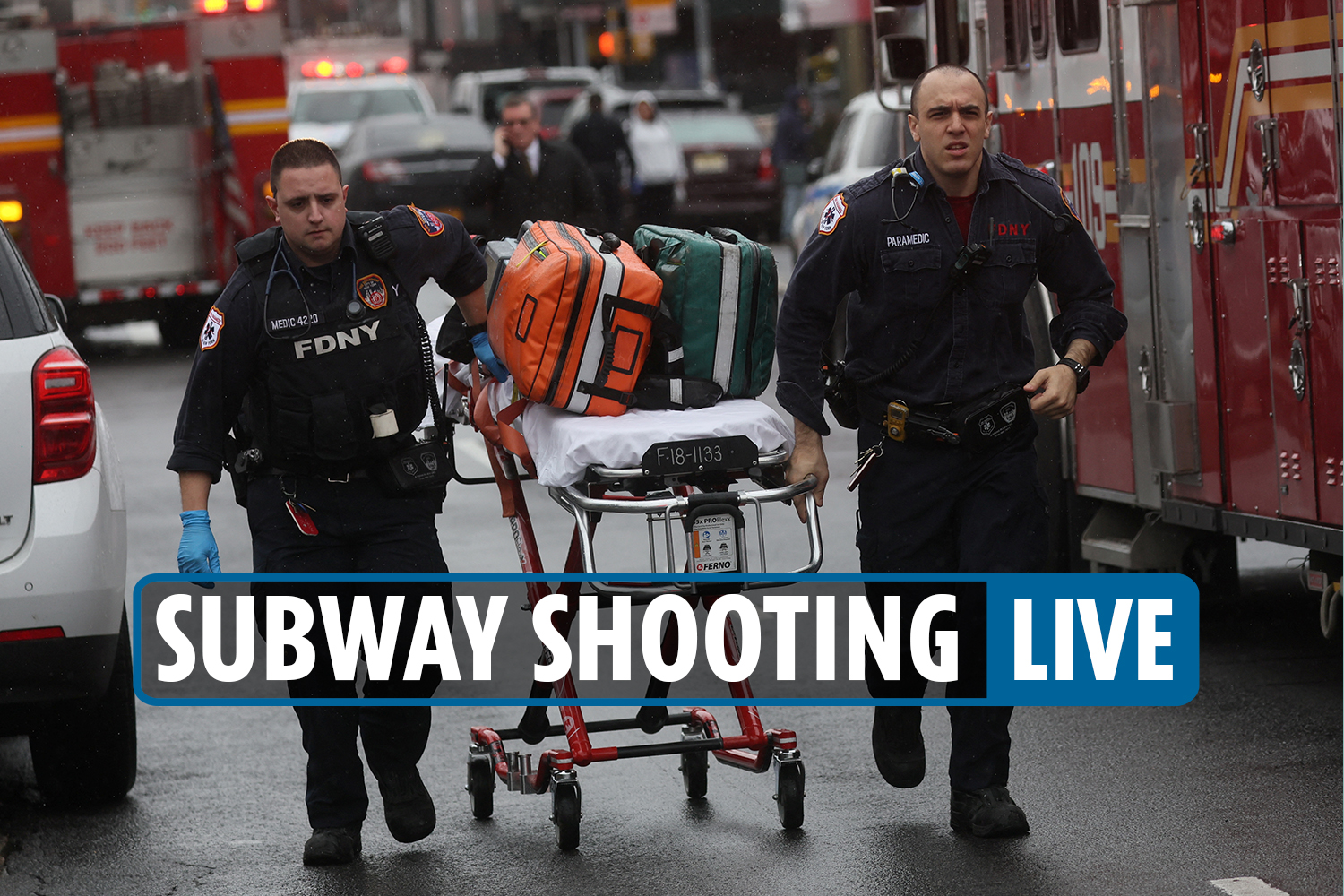 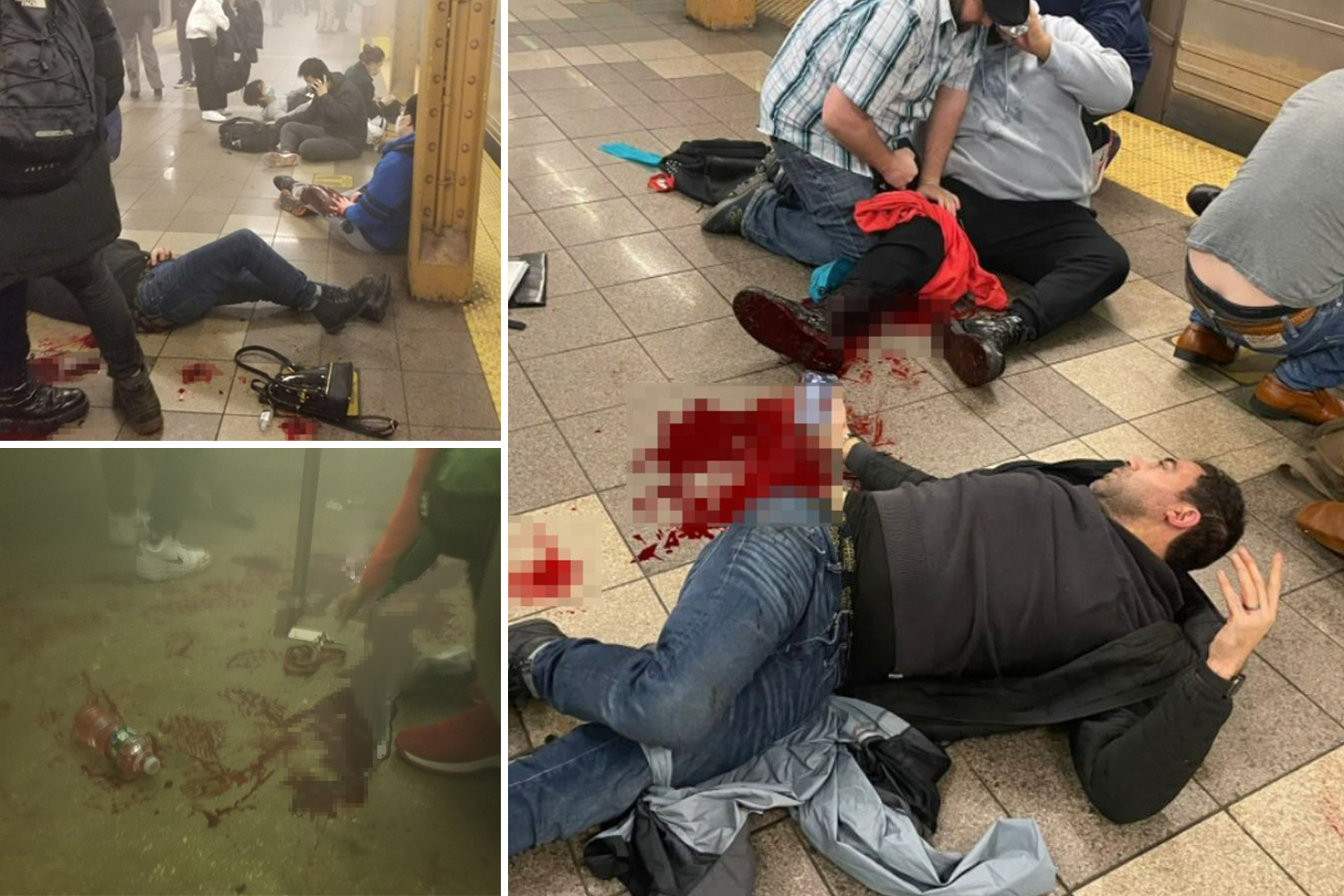 Images from the subway platform show several bloodied people who appear hurt lying on the floor.

Details on the injuries remain unclear, but 13 people were taken to the hospital and at least five were shot.

NY agencies are currently investigating the shooting, and any motives remain unknown.

Fire officials say they responded to a call for smoke at the 36th Street station shortly before 8:30am and found multiple gunshot victims.

Police warned New Yorkers to avoid the area and to expect emergency vehicles and delays.

The Metropolitan Transportation Authority says trains on the D, N and R lines were delayed amid an unspecified investigation.