China has announced its biggest easing of Covid restrictions to date after mass protests that saw people calling on Xi Jinping to step down.

People with less-severe Covid symptoms can now quarantine at home instead of in a centralised facility, frequent PCR testing will be scaled back, and people will no longer have to show a health code on their phone to enter public spaces.

It is the clearest sign to date that Xi Jinping has decided to abandon his strict zero-Covid policy after it stoked widespread demonstrations against his rule. 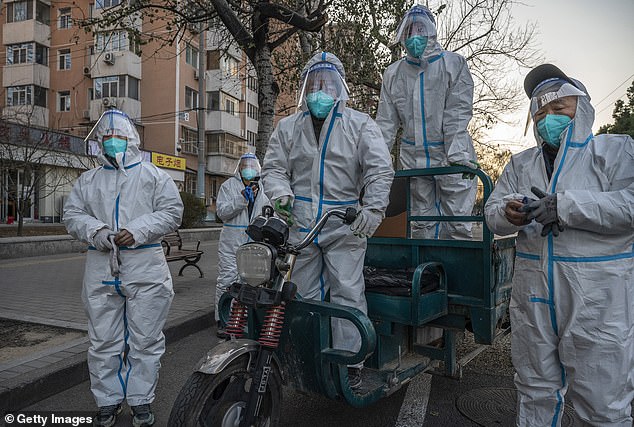 China – the first to introduce Covid lockdowns to the world – has now laboured under them for longer than almost any other nation, crippling the economy and making life miserable for millions.

Xi had held up the policy as an example of China looking after its people through top-down government control, as opposed to what he sees as a disorganised and dysfunctional West.

However, things reached boiling point last week when nine people burned to death in a skyscraper amid suspicions they were trapped inside due to lockdowns – sparking protests that quickly snowballed into calls for greater freedoms in general.

In order to head those off, the Chinese Communist Party has pulled an abrupt about-face – wheeling out scientists to report that Covid has mutated to become less deadly so the time is now right to ease the rules.

The new rules scrap the forced quarantines for people with no symptoms or with mild cases.

‘Asymptomatic infected persons and mild cases who are eligible for home isolation are generally isolated at home, or they can voluntarily choose centralised isolation for treatment,’ the new rules read.

‘Mass PCR testing only carried out in schools, hospitals, nursing homes and high-risk work units; scope and frequency of PCR testing to be further reduced,’ they added. 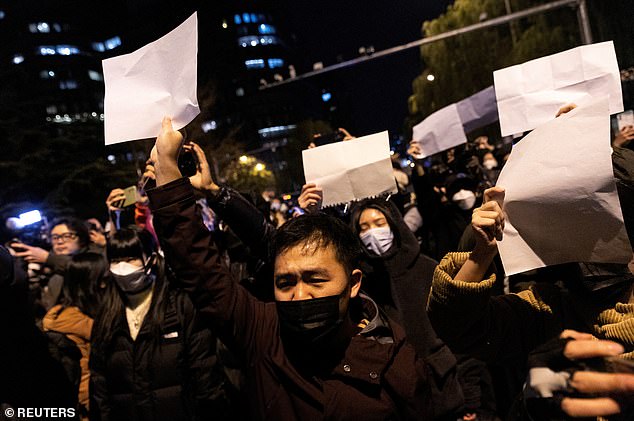 China will also accelerate the vaccination of the elderly, the NHC said, long seen as a major obstacle to the relaxation of Beijing’s no-tolerance approach to Covid.

They expanded into calls for more political freedoms, with some even calling for President Xi Jinping to resign.

Authorities cracked down on subsequent efforts to protest while easing a number of restrictions, with some Chinese cities tentatively rolling back mass testing and curbs on movement.

The capital Beijing, where many businesses have fully reopened, said this week that commuters were no longer required to show a negative virus test taken within 48 hours to use public transport.

Financial hub Shanghai – which underwent a brutal two-month lockdown this year – announced the same rules, with residents able to enter outdoor venues such as parks and tourist attractions without a recent test.

And once dominated by doom and gloom coverage of the dangers of the virus and scenes of pandemic chaos abroad, China’s tightly controlled media dramatically shifted tone to support a tentative moving away from zero-Covid. 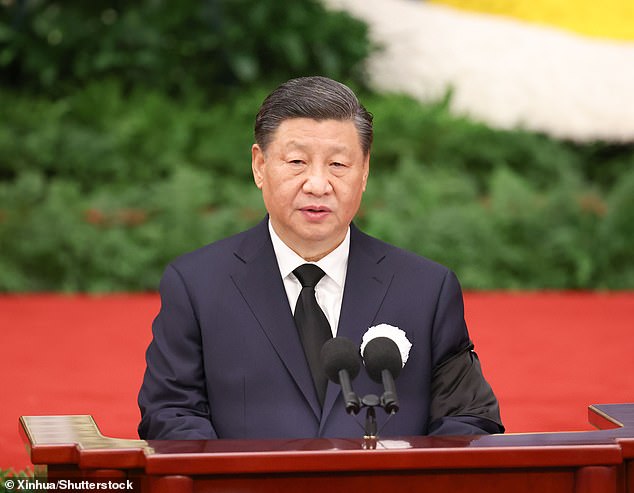 Xi had personally backed the zero-Covid policy and as recently as October promoted officials responsible for sweeping lockdowns, but now appears to have reversed course

The prevalent Omicron strain is ‘not at all like last year’s Delta variant’, Guangzhou-based medicine professor Chong Yutian said in an article published by the Communist Party-run China Youth Daily.

‘After infection with the Omicron variant, the vast majority will have no or light symptoms, and very few will go on to have severe symptoms, this is already widely known,’ he assured readers.

But analysts at Japanese firm Nomura on Monday calculated that 53 cities – home to nearly a third of China’s population – still had some restrictions in place.

Imports and exports plunged in November to levels not seen since early 2020.

Imports in November fell 10.6 percent year-on-year, the biggest drop since May 2020, according to the General Administration of Customs. Exports fell 8.7 percent over the same period.