Home » World News » China Army Day: Who would win in a war with Russia?

China Army Day: Who would win in a war with Russia?

China’s Army Day, also known as PLA Day, is a celebration of the founding of the People’s Liberation Army on its August 1 anniversary. Traditionally consisting of a flag raising ceremony in Tiananmen Square and a march of the Honour Guard, large-scale military parades have only been a fixture since 2009. With both China and Russia in the midst of significant geopolitical tension with NATO – Russia for the invasion of Ukraine, China for its increasingly aggressive position on Taiwan – Express.co.uk has compared the pair’s military capabilities.

The Chinese military is into a program of modernisation initiated by President Xi Jinping, as the country looks to become more assertive in pursuing its global ambitions.

Laying claim to vast swaths of the South China Sea, flouting Taiwanese airspace rules with its fighter jets and engaging in Himalayan border skirmishes with India, China is becoming increasingly hostile towards its neighbours.

Although the strategic partnership signed by President Xi and his Russian counterpart Vladimir Putin is strong, as seen by China’s refusal to condemn the invasion of Ukraine, the economic toll of the ongoing war is believed to be straining the relationship. Earlier this year, Express.co.uk was told by a China expert that Xi will be “disappointed and frustrated” with Russia over its invasion.

Last week it emerged that China was exporting up to £83billion in renewable energy technology to the EU, just as the bloc is working to sever all ties with Russian oil and gas.

Were relations between China and Russia to sour to the point of war, who would win? 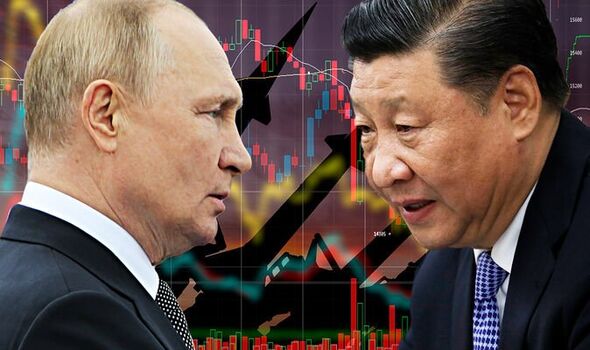 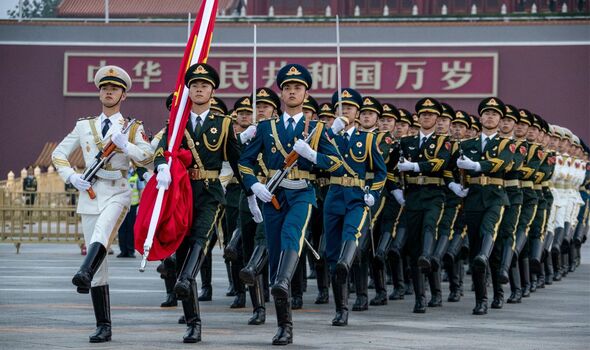 In terms of the sizes of their populations and economies, China dwarfs Russia by roughly a factor of 10 – with 1.4 billion people and a GDP of $18trillion (£15trillion) in 2021, to Russia’s 140 million and $1.8trillion (£1.5trillion), according to World Bank data.

Despite spending a smaller portion of its GDP — 1.7 percent to Russia’s 4.1 percent — China’s military spending far outweighs that of Russia.

The Stockholm International Peace Research Institute (SIPRI) estimates that in 2021 China spent $293billion (£240billion) on its military, a sum second only to the United States at $801billion (£656billion).

Russia, meanwhile, ranked fifth in military spending with a budget of $66billion (£54billion), narrowly behind the UK in fourth place with $68.4billion (£56billion).

Both countries have also been ramping up their military expenditure over the course of the decade, but while Russia’s grew by 11 percent between 2012 and 2021, China’s surged by 72 percent. 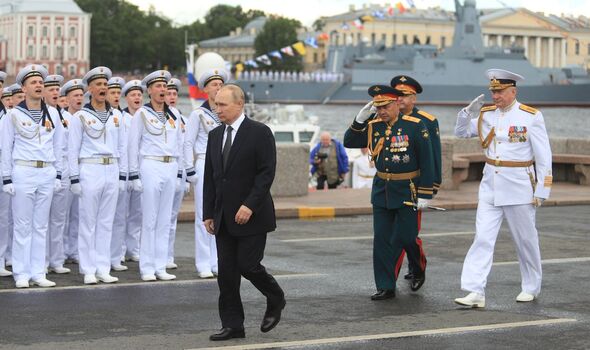 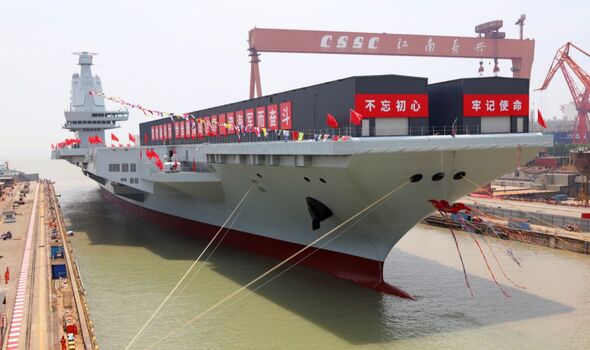 According to World Population Review, China has just over four million total military personnel – including soldiers on active duty, reservists and paramilitary forces – to Russia’s 3.5 million.

Considering active personnel only, China has more than anyone else in the world with just over two million — twice the size of Russia’s.

However, the legacy of the Cold War and Russia’s extensive weapons industry have left it well equipped for battle.

Russia’s arsenal of 7,500 towed artillery units is world-beating, far exceeding the 2,000 operated by the Chinese army.

DON’T MISS:
British mum wanted over £104m cash laundering [REPORT]
POLL: Should Boris Johnson be given a peerage? [POLL]
Millions can turn to solar energy to beat crisis thanks to Brexit [REVEAL]
The happiest country in the world has ‘incredible’ attractions [INSIGHT] 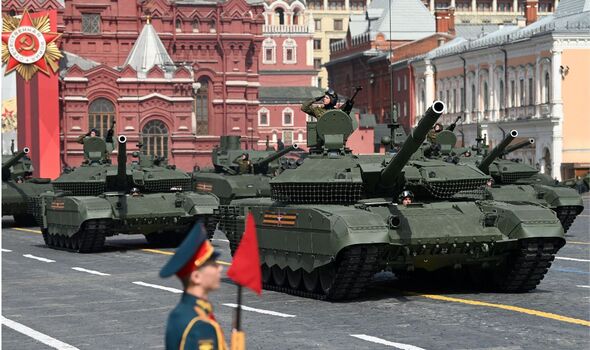 On the seas however, the Chinese navy is now the largest in the world by numbers with 777 ships, to second-placed Russia’s 605, with the US Navy predicting the total to increase by nearly 40 percent over the next two decades.

China boasts two aircraft carriers, the Liaoning and the Shandong, to Russia’s one, the Admiral Kuznetsov, and a third was launched for sea trials in June, in line with the stated goal of having six carrier strike groups in operation by 2035.

In terms of submarines, China just edges out Russia by 79 to 70.

Crucial to supporting military operations on the ground, Russia has just over 1,500 helicopters to China’s 900.

Russia has almost two dozen military bases abroad, predominantly in former Soviet states, notably in Sevastopol in Crimea whose port has been the home of Russia’s Black Sea Fleet since 2014.

China is constructing multiple military bases on artificial islands raised in the South China Sea, but the only Chinese military installation in a foreign country is currently Djibouti, although negotiations are underway for similar arrangements with the Solomon Islands and Equatorial Guinea.

However, on this front both Russia and China are dwarfed by the US, which at present operates 750 bases in 80 countries, at an estimated annual cost of $80 billion (£66billion), more than the entire Russian military budget, according to the Overseas Base Realignment and Closure Coalition. 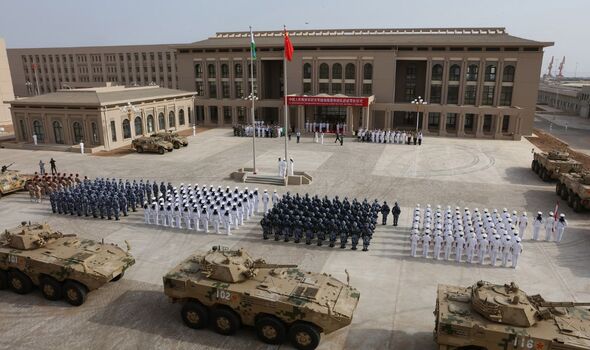 Perhaps most importantly — and worryingly — Russia and China are both nuclear powers, and the number of warheads would likely prove the determining factor in direct conflict.

The Cold War superpower has a stockpile of nuclear warheads greater than any other country, with an estimated 5,977 in 2022, according to the Federation of American Scientists, of which 1,588 are currently strategically deployed.

This total is well beyond China’s, with high estimates suggesting the number is around 350 warheads.

However, this figure is thought to be increasing rapidly, with the US Department of Defence saying China intends to have at least 1,000 of the weapons by 2030.