BEIJING (Reuters) – China on Wednesday denounced British Foreign Secretary Jeremy Hunt as “shameless”, saying it had made a diplomatic complaint to London after he warned of consequences if China neglected commitments made when it took back Hong Kong in 1997. 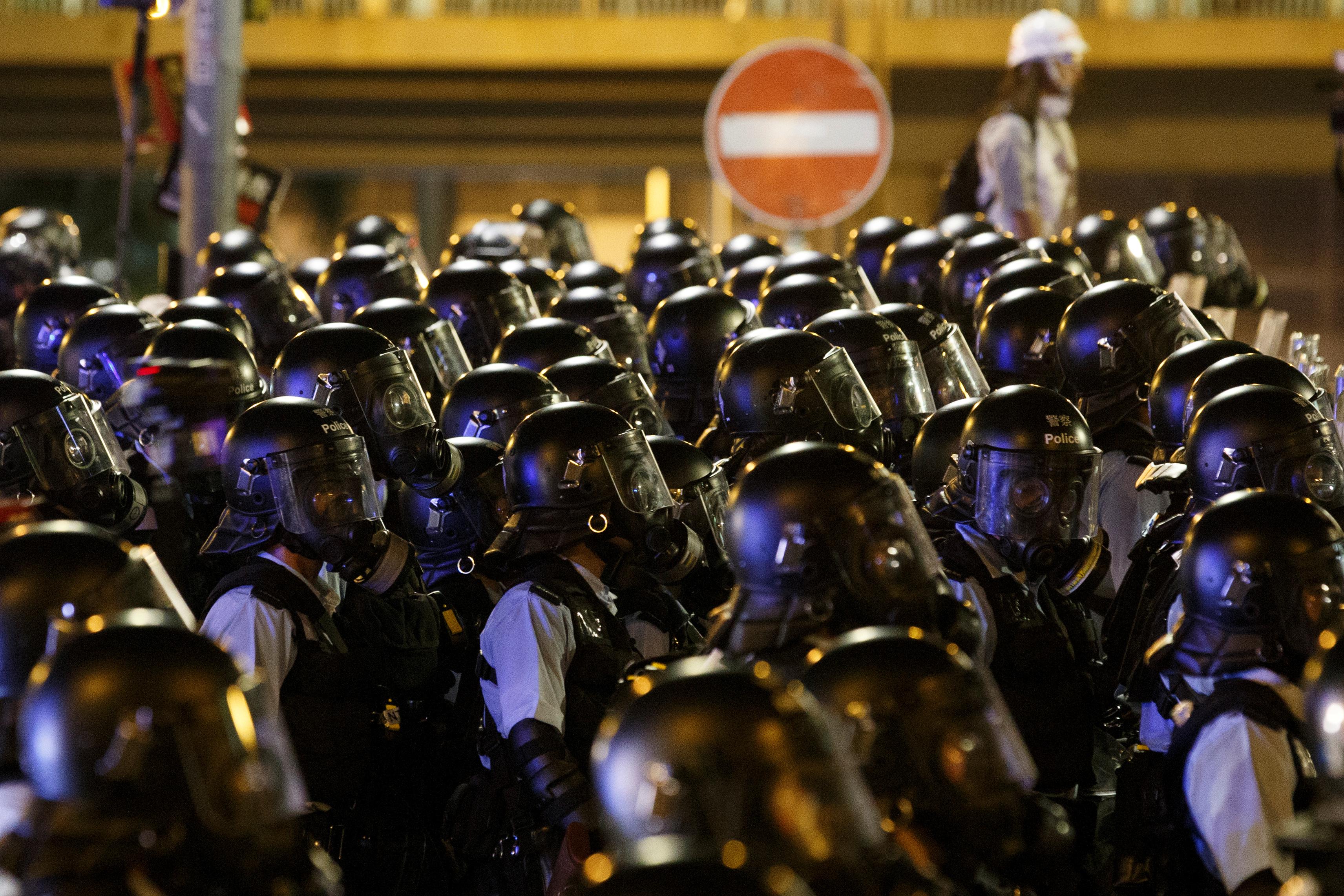 China has stepped up a war of words with Hong Kong’s former colonial ruler following mass protests there against a now suspended bill that would allow extradition to mainland China.

“To say that the freedoms of Hong Kong residents is something Britain strived for is simply shameless,” Foreign Ministry spokesman Geng Shuang told a news briefing.

“I would like to ask Mr. Hunt, during the British colonial era in Hong Kong, was there any democracy to speak of? Hong Kongers didn’t even have the right to protest.”

Only after Hong Kong’s return to China did its people got an “unprecedented” guarantee about democracy and freedom, he said.

The comments followed remarks by Hunt to Reuters on Monday, condemning violence on both sides and warning of consequences if China neglected commitments to allow freedoms to Hong Kong not enjoyed in mainland China, including the right to protest.

Late on Monday, hundreds of protesters in the former British colony had besieged, and broken into, the legislature after a demonstration marking the anniversary of return to Chinese rule.

China called the violence an “undisguised challenge” to the “one country, two systems” model under which Hong Kong has been ruled for 22 years.

The turbulence in Hong Kong was triggered by an extradition bill opponents say will undermine Hong Kong’s much-cherished rule of law and give Beijing powers to prosecute activists in mainland courts, which are controlled by the Communist Party.

Hunt, who is seeking to become Britain’s next prime minister, has made no attempt to correct his mistakes in talking about Hong Kong and has “continued to wag his tongue too freely” on the issue, Geng said.

Had Britain’s parliament been surrounded and attacked, would authorities have stood by and done nothing, he asked.

“Does he think that the British police’s handling of the August, 2011 riots in London was repression?” Geng asked, referring to rioting in London that year.

“We hope that Britain, especially Mr. Hunt, does not overestimate its abilities and wantonly interfere in Hong Kong matters. This is destined to be futile,” he said.

China has lodged “stern representations” with Britain both in Beijing and London about Hunt’s remarks, he added.

The two countries had been seeking to reset ties after a row over the disputed South China Sea last year, with Chinese Vice Premier Hu Chunhua visiting London last month to oversee the start of a link between its stock exchange and that of Shanghai.

Confrontation and lawlessness in Hong Kong could damage its reputation as an international business hub and seriously hurt its economy, China’s top newspaper, the People’s Daily, said in an editorial.

“It will not only serve no purpose, but will also severely hinder economic and social development,” the ruling Communist Party’s official paper said, denouncing what it called artificially created division and opposition.

Hong Kong, facing pressure from changes in the world economy and intensifying competition, could not “bear turbulence and internal friction”, it added. 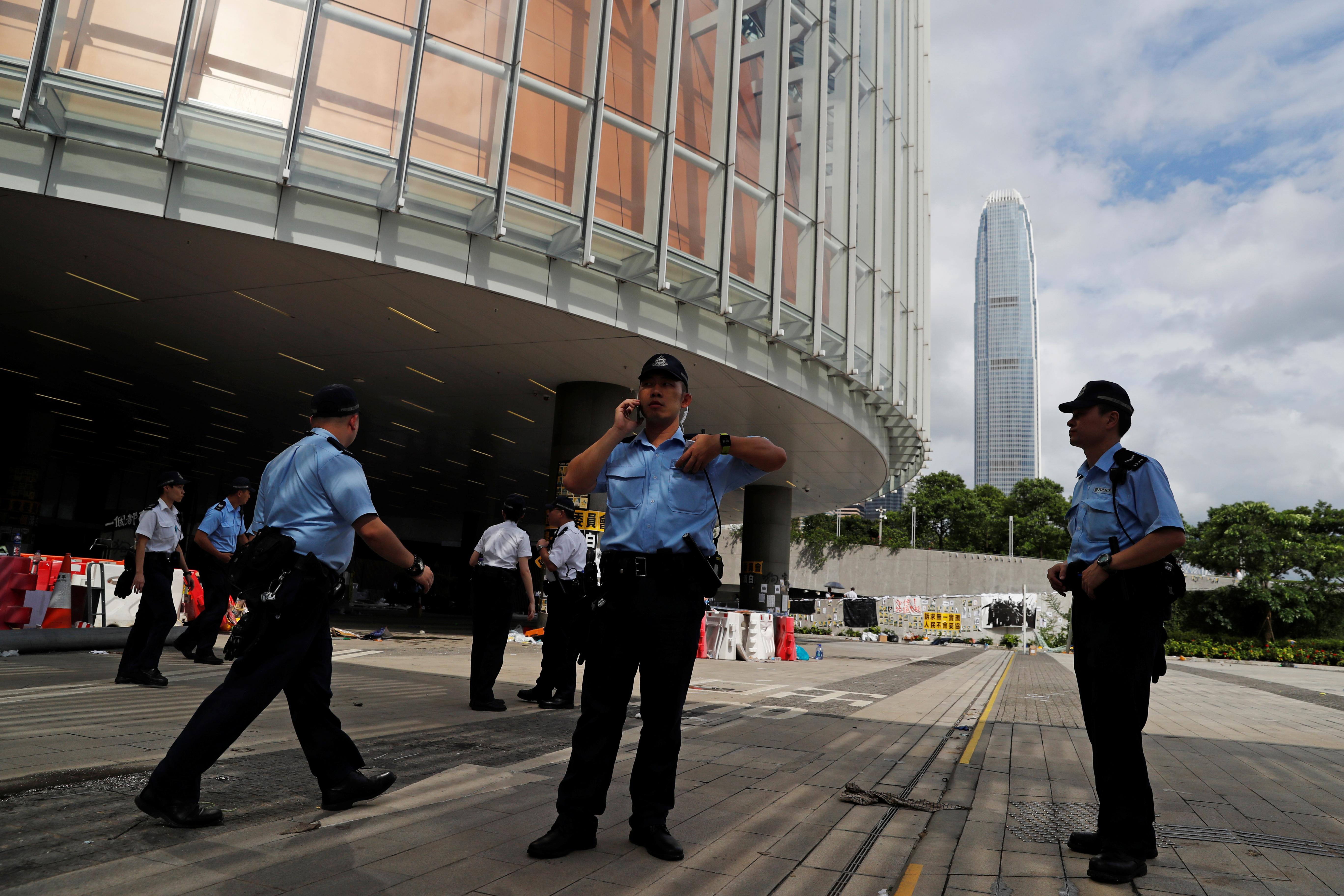 In an editorial, the official China Daily, an English-language newspaper Beijing often uses to send its message to the world, condemned “outside agitations”.

“What has also been notable is the hypocrisy of some Western governments – the United States and United Kingdom most prominently – which have called for a stop to the violence, as if they have had nothing to do with it,” the paper said.

“But, looking back at the whole protest saga, they have been deeply involved in fuelling it since its inception.”