SHANGHAI/HONGKONG (Reuters) – Chinese state media blamed meddling by Western governments on Thursday for unrest in Hong Kong amid an escalating diplomatic spat between China and the United Kingdom over protests in the former British colony. 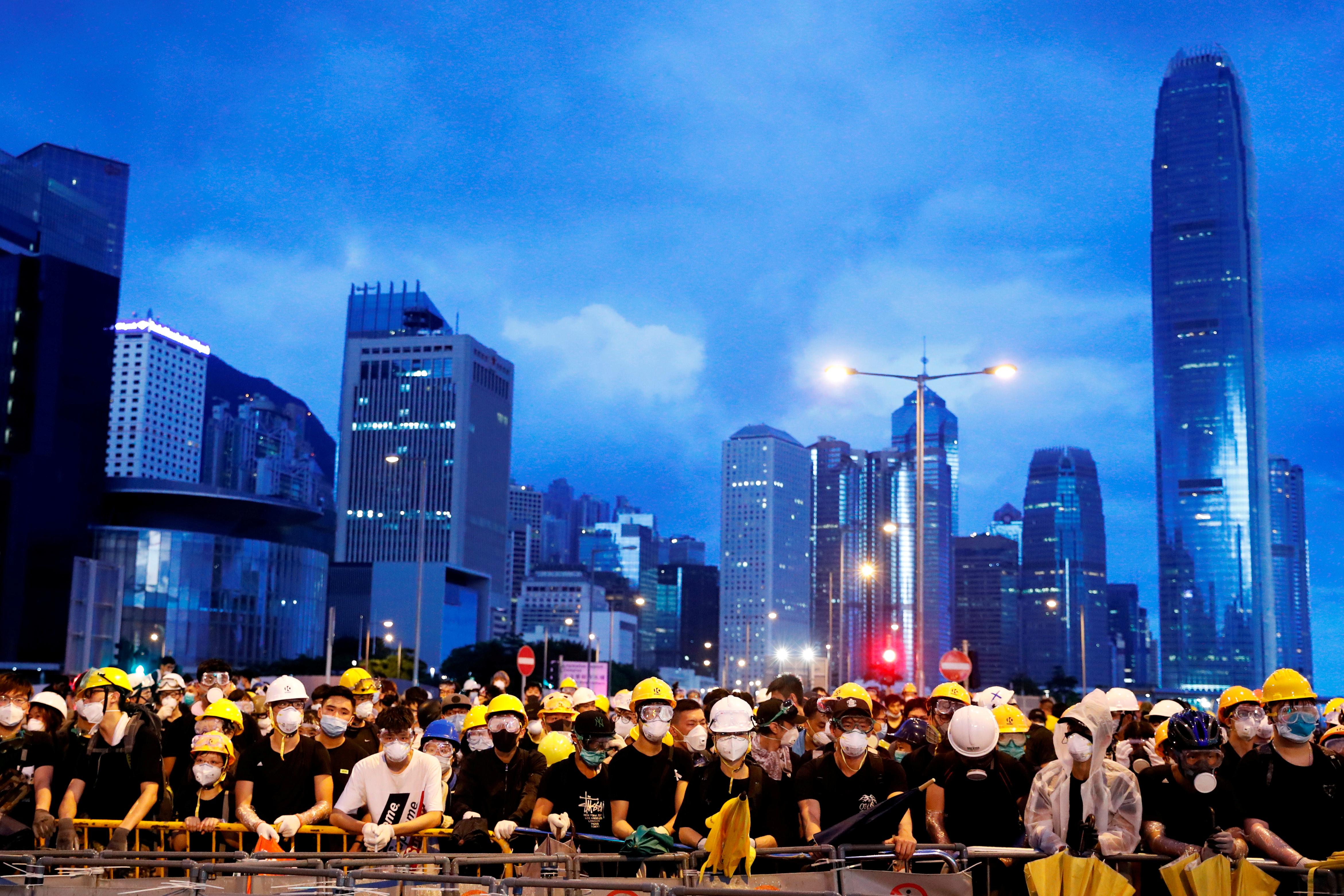 “Ideologues in Western governments never cease in their efforts to engineer unrest against governments that are not to their liking, even though their actions have caused misery and chaos in country after country in Latin America, Africa, the Middle East and Asia,” the official China Daily said in an editorial.

“Now they are trying the same trick in China,” the English-language newspaper said.

Hundreds of protesters besieged and broke into the Hong Kong legislature on Monday after a demonstration marking the anniversary of the return to Chinese rule in 1997 under a “one country, two systems” formula that includes freedoms not enjoyed in mainland China, including the right to protest.

That followed weeks of protests against a now-suspended extradition bill that opponents say would undermine Hong Kong’s much-cherished rule of law and give Beijing powers to prosecute activists in mainland courts, which are controlled by the Communist Party.

Hong Kong police have arrested more than two dozen people in connection with the protests. Investigators and forensics teams have been combing through evidence in the legislature and more arrests are expected.

Widespread damage inside the Legislative Council building, where protesters smashed furniture and daubed graffiti over chamber walls, forced the government to close it for two weeks.

The Legislative Council Commission is due to hold a closed-door special meeting at an undisclosed venue later on Thursday.

The China Daily accused Western forces of instigating unrest against Hong Kong’s government “as a means to put pressure on the central government”.

“The violent behavior that these Western agitators are emboldening tramples on the rule of law in Hong Kong and undermines its social order,” it said.

An editorial in the widely read tabloid The Global Times, published by the Communist Party’s People’s Daily, criticized comments by British Foreign Secretary Jeremy Hunt and said “the UK’s diplomacy toward China will pay for his behavior”.

Hunt warned on Tuesday of consequences if China did not abide by the Sino-British Joint Declaration in 1984 on the terms of the return of Hong Kong.

His comments were met by a sharp rebuke from China’s ambassador to the UK, who told Britain on Wednesday to keep its hands off Hong Kong.