This is the heart-stopping moment a cleaner defends herself from a polar bear with just her dustpan and brush.

Two workers at Moscow Zoo were cleaning the bear’s cage when suddenly the predator was allowed in – a blunder which could have seen them mauled to death.

CCTV footage shows one of the women leaving before the bear suddenly appears and approaches the other. 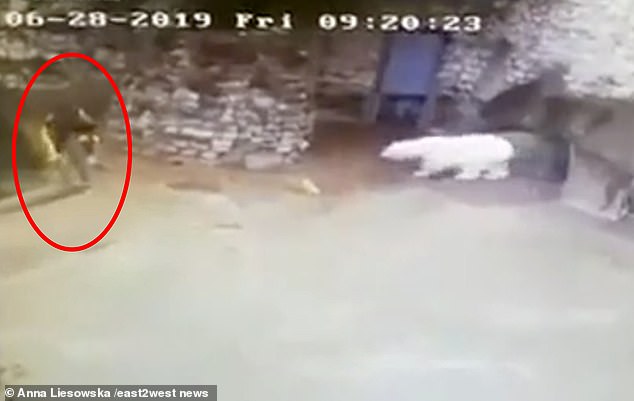 Calmly, the woman brandishes her broom and faces up to the bear, not turning her back, nor making sudden panicky movements, even as it prowled around her.

The beast retreats and the second cleaner returns through a doorway trying to distract the wild animal.

The bear tried again to get close but evidently feared the broom.

The first woman managed to edge her way towards the door – walking backwards so she kept facing the bear, all the time clutching her brush and dustpan as her only sword and shield.

‘The woman starts walking backwards towards the exit, keeping her eye on the bear’s behaviour,’ reported TV Zvezda.

‘The incident finishes well, with the polar bear staying inside the cage and both women escaping.’ 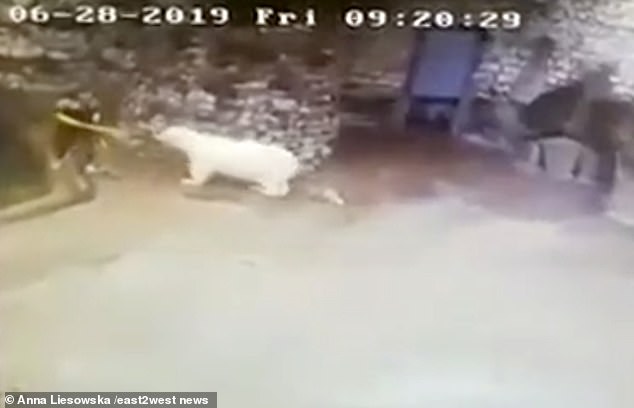 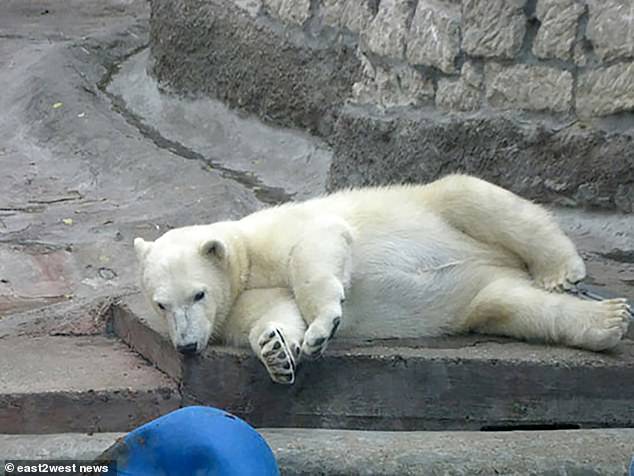 A polar bear relaxing at Moscow Zoo. The bear eventually backed away after being fended off with the broom 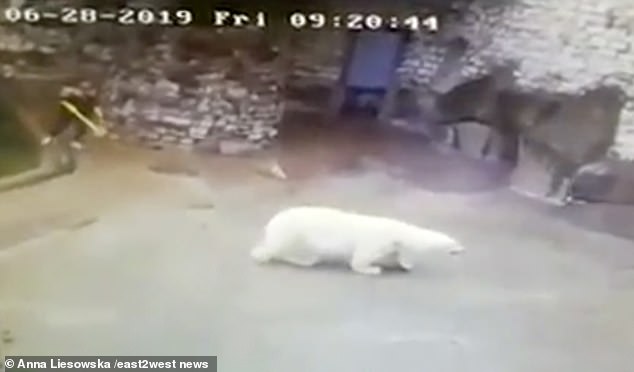 Eventually, both women are seen exiting the cage safely.

Russian newspapers praised the first woman for the ‘fearless’ way she handled an incident that could easily have resulted in serious injury or death.

Zoo officials have not commented and the the brave cleaners have not yet been identified. The name and age of the polar bear is not known.

One comment on the Komsomolskaya Pravda report read: ‘Such a horror! But what could a bear do against our women with their brooms!’

The incident shows a major security lapse at the zoo with the bear allowed back into the cage before cleaning had been completed.