HARARE (Reuters) – Victor Mpofu is using satire to shine a light on Zimbabwe’s political problems, reaching a growing audience despite living in fear of retribution from President Emmerson Mnangagwa’s government. 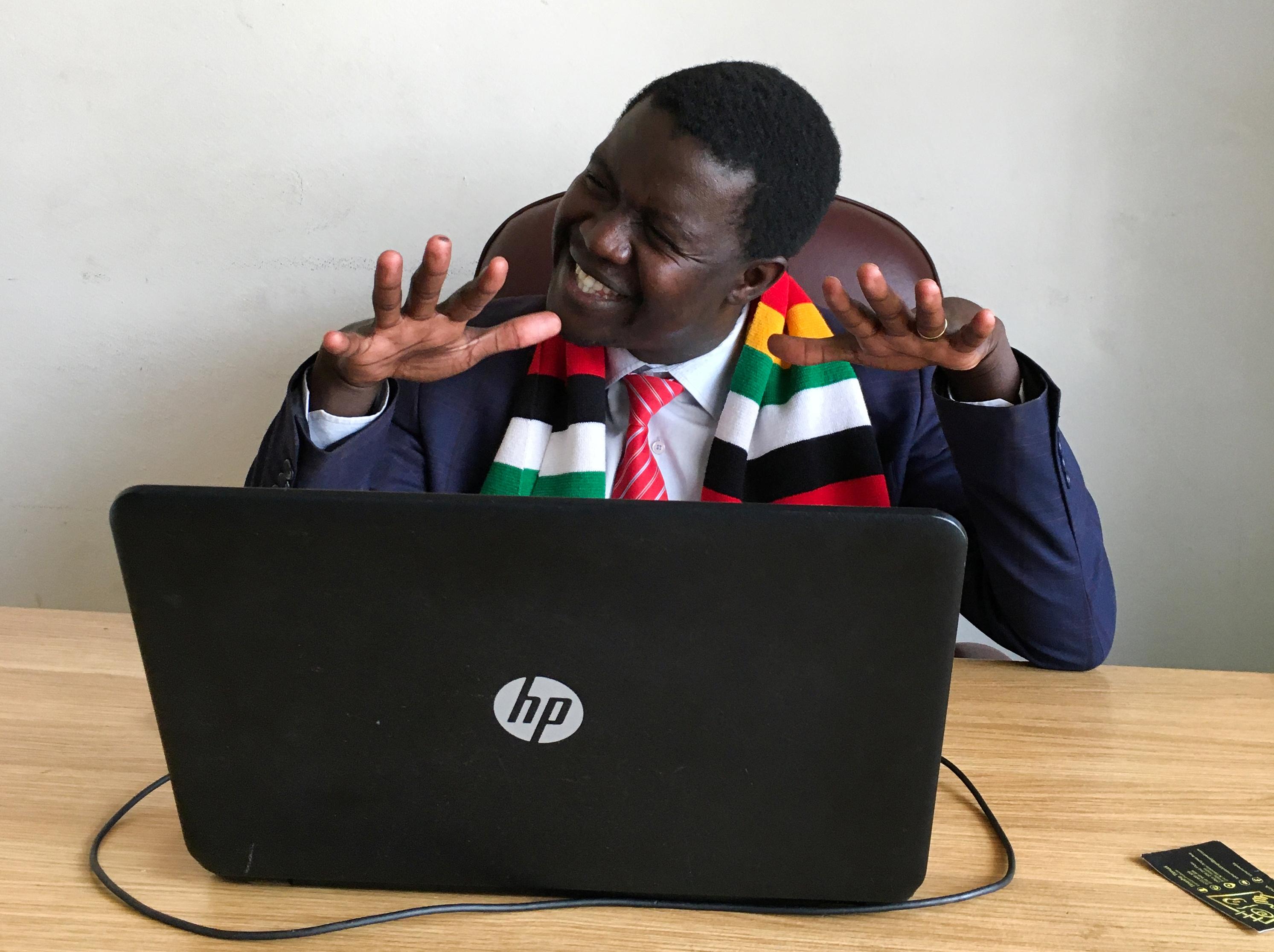 Mpofu, aka Doc Vikela, has seen his followers on YouTube channel Simuka Comedy grow from less than 1,000 subscribers in January when he ventured into political satire to 23,000 now.

The 34-year-old father of two is among a generation of online stand-up comedians critical of government excesses.

Critics have accused Mnangagwa of reverting to the authoritarian tendencies of the Robert Mugabe era amid a worsening economic crisis.

In his skits, Mpofu assumes the character of Mnangagwa with a trademark colourful scarf, at times mocking some of the president’s decisions.

“What we are simply saying is that there are problems. These problems we are highlighting through our content. We say ‘do you feel we should continue going on like this’?” he said.

Critics, including church leaders and lawyers, have accused the government of using the COVID-19 pandemic to trample on human rights and of abducting and torturing opponents. The government denies the accusations.

“You don’t know whether your content will touch on the right nerve or wrong nerve so you always live in fear,” he said.

In one skit, Mpofu, speaking as Mnangagwa, justifies naming his deputy Constantino Chiwenga as health minister citing his admission into foreign hospitals as experience for the job.

With inflation running at 837.5%, unemployment above 80% and a collapsing public health sector, Zimbabweans are angry.

“So it is important for us to pack this into satire instead of (people) drowning in depression, drowning into sorrow,” said Mpofu. “We give them humour, sometimes it’s good to laugh.”