A bizarre billboard advertising luxury seafront apartments has left passers-by scratching their heads – as it appears to show a young woman who has collapsed.

The high-end Bayside development on the seafront in Worthing, West Sussex, will soon be ready for occupants, with apartments ranging in price from £320,000 to £850,000.

But a giant billboard in front of the apartment block, displaying an artist’s impression of the development, hides a macabre scene at its centre. 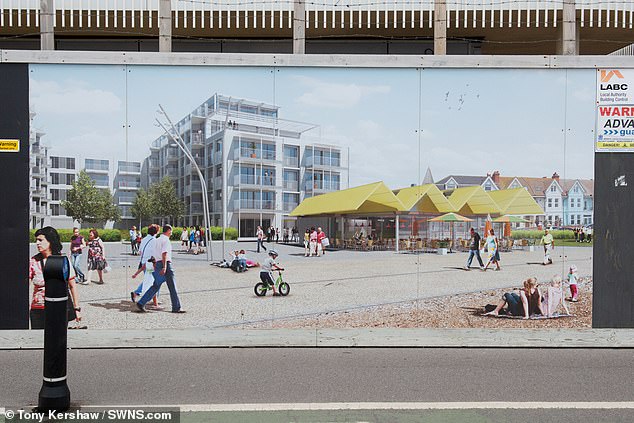 This bizarre billboard advertising a new housing development has confused passers-by in Worthing, West Sussex, as it appears to feature a sinister scene at the centre of the art work 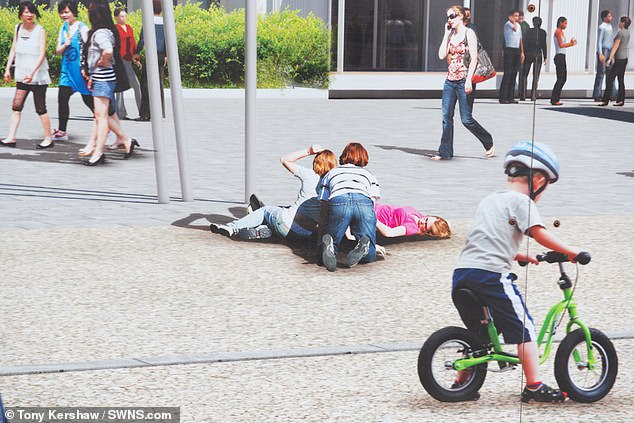 Those looking closely at the artist’s rendering of a bustling seafront showing people going about their day, can see a seemingly unconscious young woman.

The young red-headed woman with a pink top is seen lying motionless on her back with a young man and woman leaning over her.

The out-of-place image, right in the middle of the billboard, is made even more bizarre by the fact that all the other people on the advert are simply going about their lives as if nothing is wrong.

And the strange scene has left viewers of the billboard scratching their heads – or laughing out loud.

After a video of the billboard was shared on TikTok, one person commented: ‘I used to live right next to that and I thought the same thing.’

And another wrote: ‘I’m not going to heaven anymore, I laughed out loud at that.’ 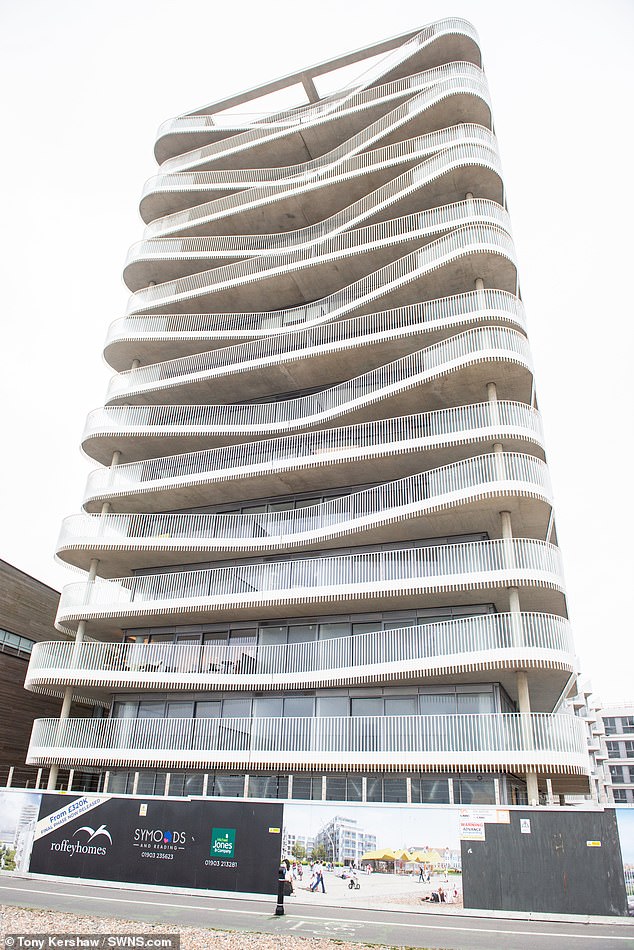 The 15-storey high Bayside development is home to 141 new luxury seafront apartments, boasting stunning sea views and direct access to the beach, as well as a private garden for residents.

There will also be an on-site gym with pool, sauna and steam room, and a new casual-dining restaurant at the base of the apartment block run by Masterchef 2018 winner, Kenny Tutt.

Only 19 of the apartments are still available, with the remainder already sold or reserved.

Property developers Roffey Homes say they were not aware of the scene on the billboard, and ‘did not know’ who had created the artist’s impression of the apartments.