A rare plant that vanished from a farmland pond more than a century ago has ‘come back from the dead’.

The stunning plant reappeared after seeds submerged in the mud were disturbed during work to restore the pond. 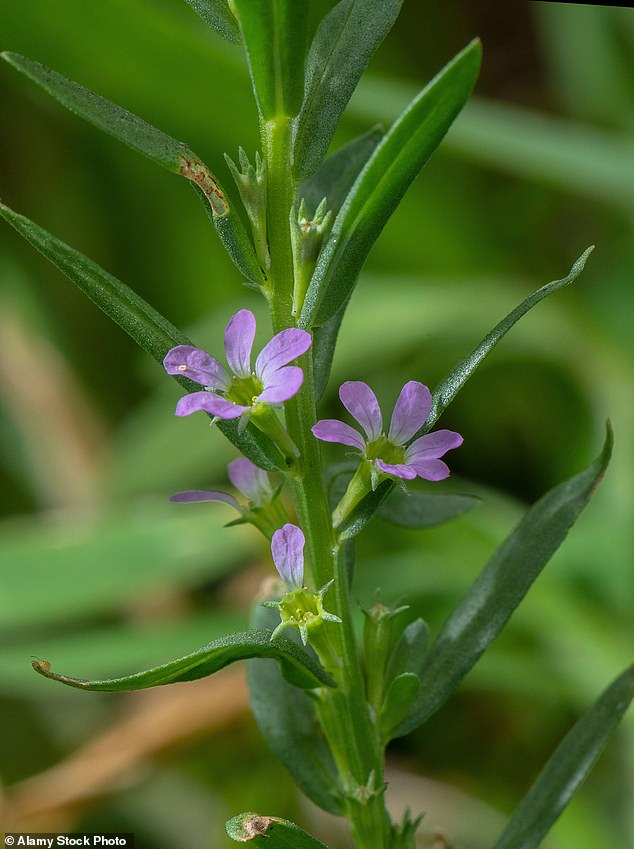 Carl Sayer, a professor at University College London, stumbled on the plant when he went to survey the pond at Heydon, about 24 miles north of Norwich, shortly after the country’s first lockdown ended

Scientists said the discovery gave fresh hope that conservation efforts could herald the return of other botanical treasures once feared to have been lost for ever.

Carl Sayer, a professor at University College London, stumbled on the plant when he went to survey the pond at Heydon, about 24 miles north of Norwich, shortly after the country’s first lockdown ended.

He sent a picture to local botanist Dr Jo Parmenter, who identified it as grass-poly, one of the rarest plants in the UK.

‘It’s really quite beautiful,’ said Prof Sayer. ‘We only found a handful of these plants in the pond but we’re hoping to cultivate this population and keep it going and expand it now we know it’s there.’ The last confirmed record of grass-poly, which has the Latin name Lythrum hyssopifolia, growing in Norfolk was more than a century ago. Elsewhere in the UK, the plant is found in a few isolated populations growing around lakes and on muddy open ground.

At Heydon, the seeds of the plant remained buried in the mud, like a ‘time capsule’, said Prof Sayer, adding: ‘There’s no oxygen, it’s very dark, and it’s perfect for preserving seeds.’ When willow trees were pulled out to restore the pond, the soil was disturbed and exposed to light, prompting the seeds to germinate.

The discovery shows that plants once believed to be extinct can be brought ‘back to life’ with good conservation, he added.

Centuries ago there were thousands of ponds dotted around farmland in Norfolk, but many have been neglected, becoming what are known as ‘ghost ponds’.

Dr Parmenter said that this year has been an ‘amazing’ time for plants, with many unusual discoveries.

She put that down partly to the pandemic, with more people going out on local walks.

‘I think that it’s taught us to appreciate the things local to us, as well as the glamorous and exotic,’ she said.