Convicted terrorist, 27, and Salman Abedi contact to be freed

Convicted terrorist, 27, who REUFSED to tell Manchester Arena inquiry about his contact with bomber in the months before blast is being FREED from jail

A convicted terrorist who has refused to tell the Manchester Arena inquiry about his contact with bomber Salman Abedi is set to be released from jail this week.

Abdalraouf Abdallah, 27, was jailed in 2016 after he was found guilty of helping people travel to Syria to join so-called Islamic State.

While he was in prison, he was visited by Abedi in the months leading up to his horrific attack in May 2017, where he blew himself up with a homemade bomb packed with shrapnel, murdering 22 bystanders in the foyer of Manchester Arena at the end of an Ariana Grande concert.

Abedi also spoke to Abdallah on an illegally held mobile phone in early 2017 when the bomb was being prepared with the jailed terrorist thought to have been a radicalising influence on the Manchester attacker.

However, when interviewed by lawyers of the inquiry into the bombing over the summer, Abdallah refused to answer any questions to avoid incriminating himself.

He is now set to be released from jail on licence later this week – with one source telling the BBC the conditions of his licence are expected to be among the toughest ever. 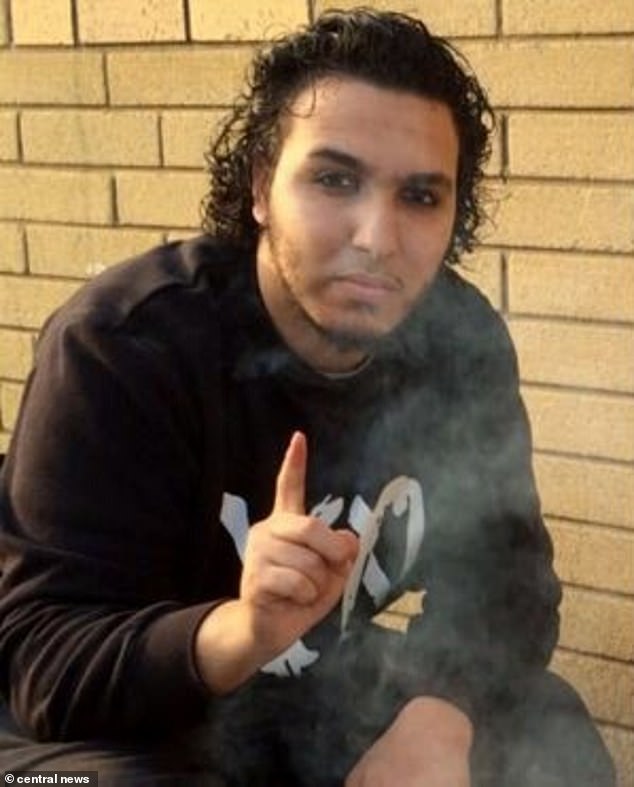 Abdalraouf Abdallah, 27, is to be released from jail on licence this week despite refusing to answer questions on his relationship with Salman Abedi 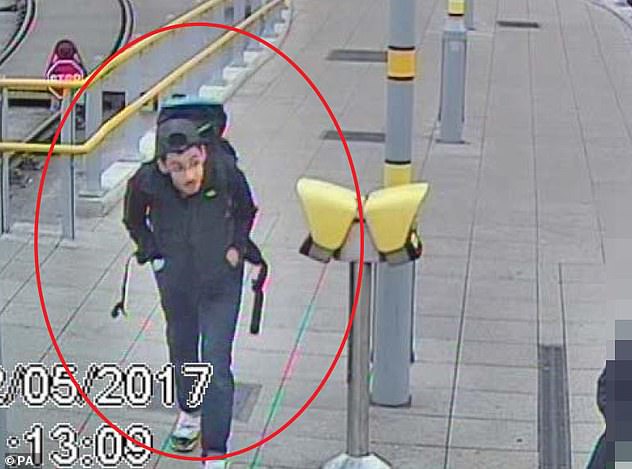 While he was in prison, he was visited by Abedi in the months leading up to his horrific attack in May 2017 and also spoke to him on an illegal phone

Abdallah moved to the UK as a child and grew up in south Manchester before fighting in the Libyan revolution in 2011 – where he was paralysed from the waist down.

He was jailed for five years and six months in July 2016 for terrorist organising.

However, factoring in time spent on remand and on curfew at home means his custodial sentence expires this week.

This means he will be released from prison and will spend a further four years on license.

His release comes despite his refusal to co-operate with Manchester Arena Inquiry lawyers and reveal the extent of his communication with Abedi.

In both February 2015 and January 2017, Abedi visited Abdallah in two separate UK jails.

Previously, the inquiry heard that when Abdallah had been arrested in 2014, his phone contained communication with Abedi where they discussed suicide, martyrdom – including the death of a senior al-Qaeda figure – and ‘maidens of paradise’.

After Abedi visited Abdallah in prison, authorities also discovered the jailed terrorist had a secret and illegally held phone, one that he had used to make calls to Abedi’s number before the Manchester attack.

The inquiry will also now look at how Abdallah was able to get a phone, despite his conviction for terrorist organising, with his trial hearing that, from his wheelchair and phone, Abdallah arranged for the movement of money and fighters to Syria. 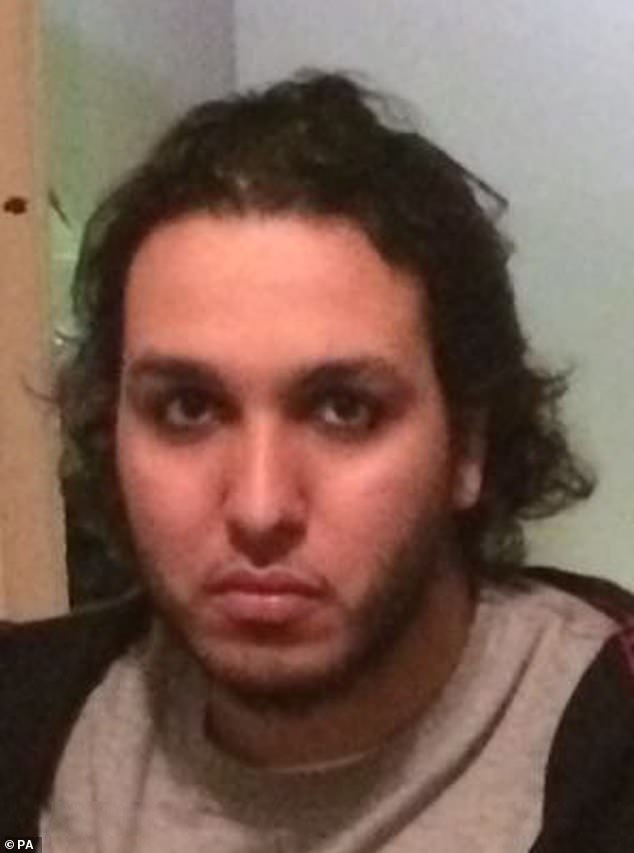 In both February 2015 and January 2017, Abedi visited Abdallah in two separate UK jails 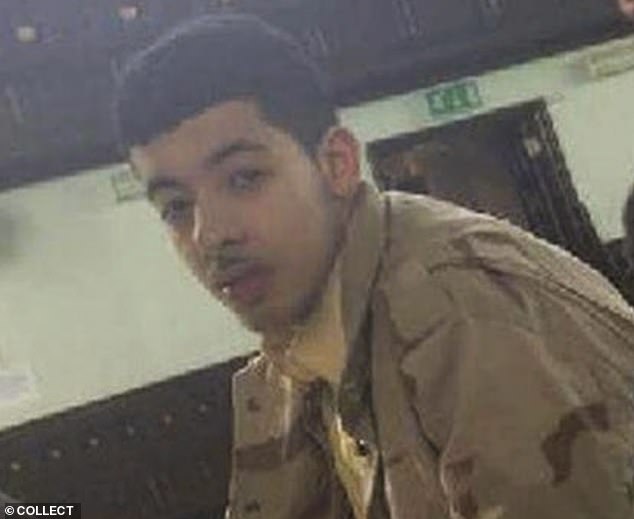 After Abedi visited Abdallah in prison, authorities also discovered the jailed terrorist had a secret and illegally held phone, one that he had used to make calls to Abedi’s number

Abdalraouf was an ISIS recruiter who used Skype and encrypted messaging apps to help terrorists source guns and cash and get from the UK to Syria undetected.

When Abdallah was sentenced, the judge said ‘there was no evidence of indoctrinating of others’.

However, Paul Greaney QC, counsel to the public inquiry, said the relationship between Abdallah and Abedi seemed to have been of ‘some significance in the period prior to the bombing and we are determined to get to the bottom of it’.

Lawyers for bereaved families have also said that the ‘failure to recognise the association between Salman Abedi and Abdalraouf Abdallah was a real missed opportunity’.

Abdallah isn’t the only person linked to Abedi who has refused to answer the inquiry’s questions.

Abdallah’s licence conditions are expected be similar to those imposed on hate preacher Anjem Choudary, who was released on licence two years ago.

The measures are understood to include: 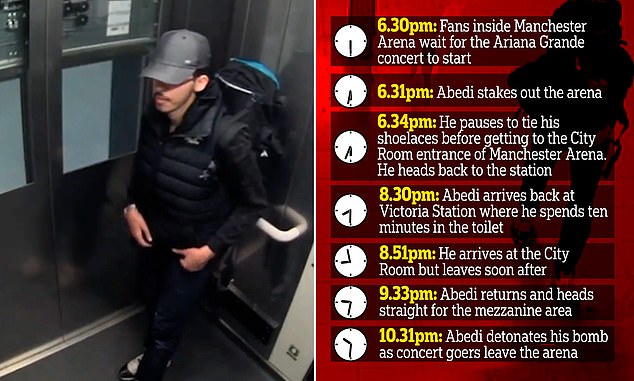 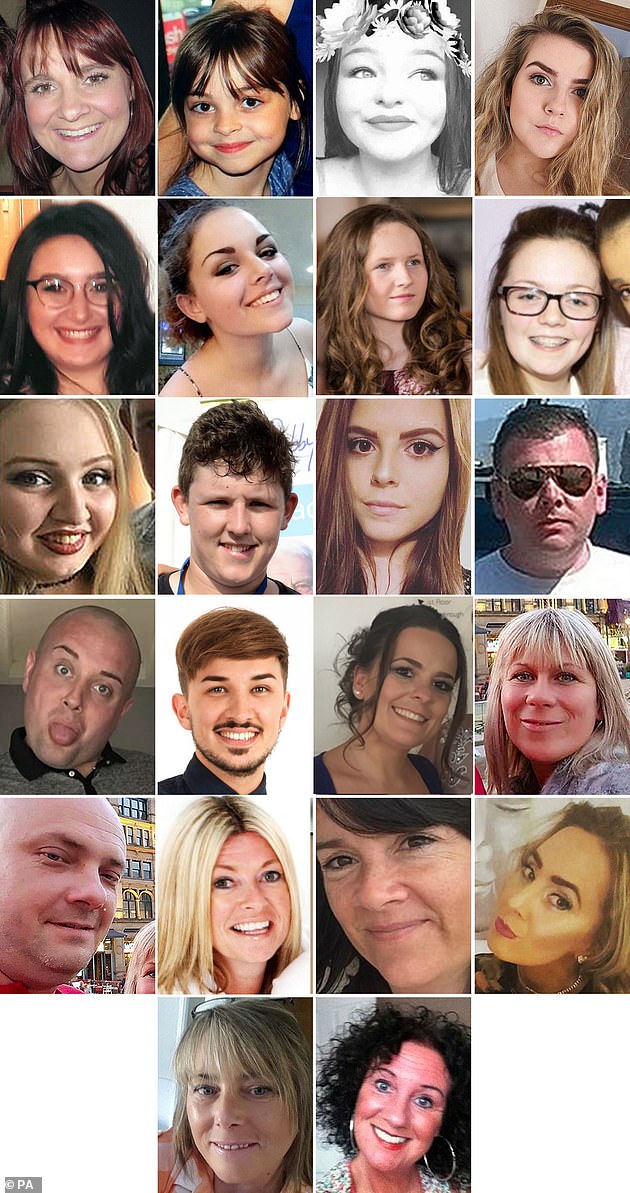 A Ministry of Justice statement said: ‘Terrorists released on licence are supervised by the probation service, with the support of police and the security services, and subject to strict conditions including restrictions on their internet use, movements and contact with others.

‘If they break those conditions they can be brought back to prison.’

Abedi was brought to the attention of M15 on at least 18 occasions before the 2017 terror attack, the public inquiry heard.

Security services received their first alert about him in 2010, and he was made a ‘subject of interest’ in 2014 but the file was dropped four months later.

Intelligence on Abedi came in to MI5 for six years and right up to the months before he blew himself up with a homemade bomb packed with shrapnel, murdering 22 bystanders in the foyer of Manchester Arena at the end of an Ariana Grande concert.

On one occasion, Abedi had himself been made a ‘subject of interest’, but his file was closed five months later in July, 2014.

The fullest details yet given about the security services’ knowledge of Abedi before he carried out the attack was given by Cathryn McGahey QC, representing the Home Office, at the public inquiry in Manchester.

The revelation came as a lawyer representing British Transport Police told the inquiry that the Abedi brothers who carried out the ‘did not act alone’ and others who knew or suspected the bomb plot are still ‘at large’.

Patrick Gibbs QC, on behalf of BTP, said it was ‘obvious’ suicide bomber Salman Abedi and his brother Hashem, from south Manchester, must have had help.