Terrorists excluded from Troubles cash: Anyone convicted over Northern Ireland conflict should not be eligible for victims’ compensation payments, Government guidance states

People convicted of terrorism offences during the Troubles should not be eligible for victims’ compensation payments, new Government guidance has stated.

Those convicted of causing serious harm will also be unable to access the money, according to the new rules.

The principles to determine eligibility for the payments were published yesterday amid an ongoing political stand-off over the implementation of the long-delayed scheme to support victims of the Troubles.

Sinn Fein is boycotting the initiative because it believes the UK Government’s approach could exclude thousands of injured people from Northern Ireland’s republican community who were involved in the conflict. 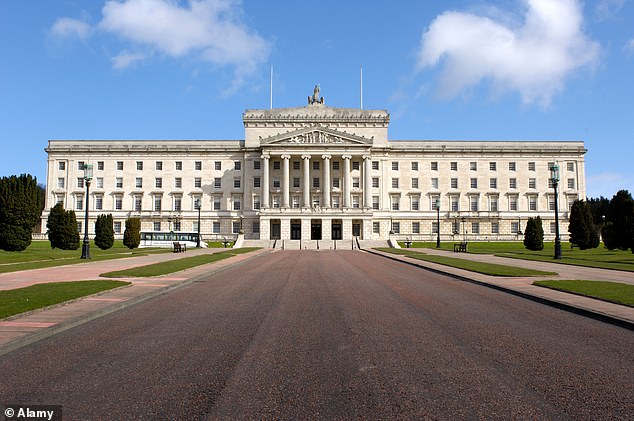 People convicted of terrorism offences during the Troubles should not be eligible for victims’ compensation payments, new Government guidance has stated. Pictured: Stormont in Belfast

In a separate dispute, the Government and Stormont Executive are at odds on who should fund the scheme.

The scheme automatically bars anyone who was injured in an act they were responsible for.

However, there are convicted paramilitaries who were injured in other circumstances during the Troubles, such as those who were targeted by rival gunmen or state forces.

Under the scheme, any injured individuals with a serious conviction – those who were given a 30-month-plus prison sentence – must have their cases assessed by an independent adjudication board to decide whether they are eligible for the payment.

The principles published by the Government yesterday will guide the board’s deliberations.

The guidance makes clear that it would be inappropriate to award compensation to anyone responsible for causing serious harm, such as anyone guilty of murder, attempted murder or GBH. 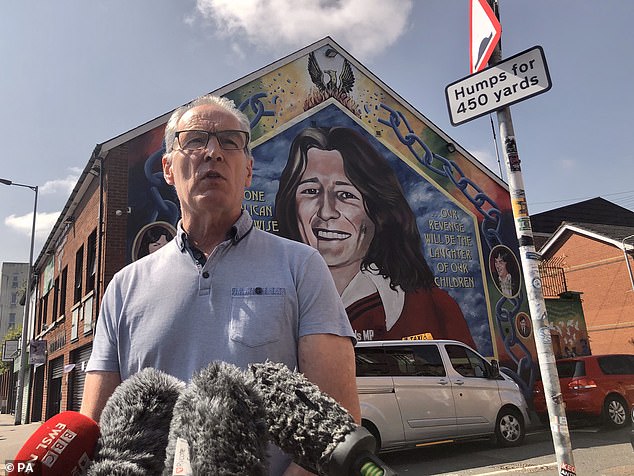 The Government warned that, if the board sets aside this guidance and awards compensation to anyone who falls into that category, it reserves the right to intervene and veto it.

The guidance also outlines the mitigating factors that may lead the board to allocate the payments to someone with a serious conviction.

Those include whether the individual was a juvenile at the time of the offence, whether they had a mental incapacity, and whether they have demonstrated remorse and have not engaged in further criminal since the conviction.

Ministers said the board, which will be chaired by a judicial figure, will assess each application on a case-by-case basis.

The payments scheme, which should have opened to applications at the end of May, will pay out £2,000 to £10,000 a year depending on the severity of the injury.

Publishing the guidance, Northern Ireland Secretary Brandon Lewis said: ‘The moral and legal obligation to deliver this scheme for victims of the Troubles injured through no fault of their own is undeniable and I hope that the publication of today’s guidance will renew the focus and efforts of the Northern Ireland Executive to move forward to finally deliver for these victims.

‘The political disagreements and delay of the last few years on this issue have gone on long enough.

‘It is imperative that Sinn Fein now enable the scheme to move forward by agreeing with all the other parties and urgently designate a department to administer the scheme and get payments to those who will benefit most.’