Bungling police offer ‘deepest sympathies’ but fail to apologise to family of Greggs sausage roll ‘thief’, 34, who hanged himself after he was wrongly named as paedophile on custody release papers

Bungling police today offered their ‘deepest sympathies’ – but failed to apologise – to the family of a suspected Greggs sausage roll thief, who killed himself after officers wrongly named him a paedophile.

Brian Temple, 34, hanged himself six months after Cleveland Police incorrectly stated in custody release papers that he had been detained for child sex offences against a 13-year-old girl.

A two-day inquest heard that he was subjected to public abuse and attacks in the street after his horrified girlfriend read the papers and spread the false allegations around the local community.

Mr Temple, of Redcar, North Yorkshire, soon turned to booze and cocaine and was found dead at home on New Year’s Eve 2017.

A coroner has ruled that his death could not be proved as suicide because he was hanged under the influence of alcohol and drugs.

The Independent Office for Police Conduct (IOPC) launched an investigation into Cleveland Police shortly after the death. The police watchdog is expected to make a statement later today.

After the inquest, Cleveland Police gave their ‘sympathies’ to Mr Temple’s family – but stopped short of apologising for their mistake. 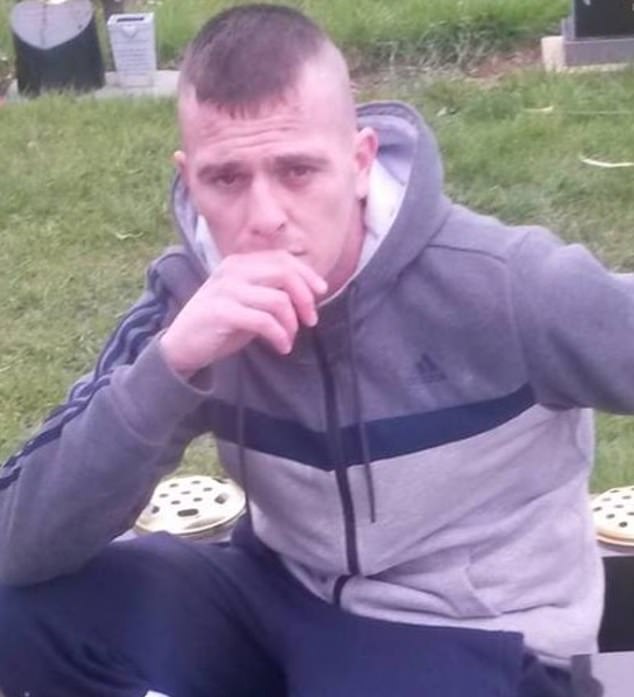 Brian Temple, who killed himself after police wrongly named him a paedophile 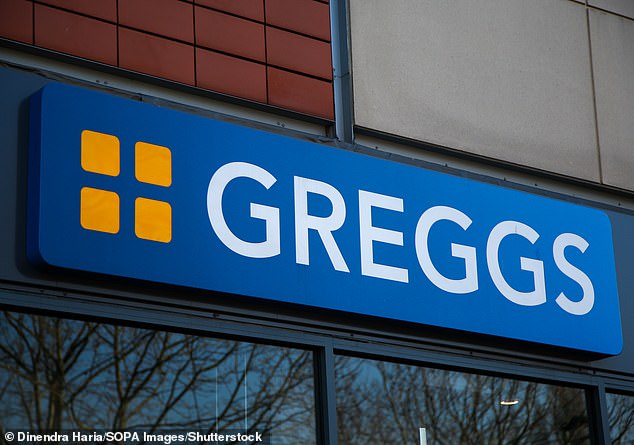 File image of a branch of British bakery chain Greggs

A force spokesperson said: ‘Cleveland Police offer our deepest sympathies to the family of Mr Temple at this incredibly difficult time. Following the tragic death of Mr Temple Cleveland Police have implemented changes to the information people are given on release from custody and we have been fully engaged in the inquest process.’

Mr Temple was arrested on June 8, 2017 on suspicion of stealing the pastry from a Greggs shop, but upon release from police custody, he was given incorrect release papers detailing a sexual offence.

The police detention officer on shift at the time had pressed the enter key and selected the incorrect offence for the documents.

So instead of it reading theft, it read ‘engaging 13-15 year old in sexual activity’.

After arriving home from custody, Mr Temple gave his release papers to his then girlfriend not knowing about the completely false glaring error.

Mr Temple’s then girlfriend told people of the incorrect information, which in turn caused people to lash out at him. He was reportedly verbally abused in the street, attacked in his own home and hit around the head by a golf club.

The officer, employed by an external company, has since received management advice and changes to the IT system means this is likely to never happen again, the inquest was told.

Coroner Claire Bailey heard evidence from Cleveland Police officers who had worked with Mr Temple prior to his death in December 2017.

PC Chris Stoddard was the first officer to give evidence, explaining in his statement that the detention officer did not check before printing and handing the release papers to him.

In a statement read out by Coronor Officer Nick Owen, Cleveland Police’s Chris Stoddard explained to the court that since this, there has been a ‘DO NOT USE’ button added to the system so this error is extremely unlikely to happen again.

Giving evidence, custody manager Sergeant Perry also said that an incorrect charge can no longer be selected under this new formatting system.

At the hearing, PCSO Alison Coaker – who had known Mr Temple since he was eight – said she was unaware of claims in the neighbourhood that Mr Temple was a paedophile, and was shocked to learn he had died.

PC Holly Williams said she visited Mr Temple’s property in the weeks leading up to his death for a safeguarding check. She explained he did not want officers present at his home as he believed it would make the claims seem credible.

Reading out the statement he gave to the IOPC, he explained that on December 1, 2017, he received a complaint from Mr Temple about the mistakes on the charge sheet.

Visiting him at his home, he said Mr Temple wanted steps taken to make sure that this would never happen to anyone else.

Coroner Bailey concluded that Mr Temple’s death could not be proven as a suicide because of the potential effect that the drugs in his system may have had on his mindset.

Instead, she ruled that he was found ‘hanged under influence of alcohol and drugs’.

The coroner added that because Cleveland Police had since made changes to their system, a ‘preventing future deaths report’ would not be required for the force.