CATHOLICS around the world were forced to wear face masks today as they attended Ash Wednesday masses amid the coronavirus outbreak.

The Vatican went ahead with plans for Pope Francis to celebrate kicking off the Catholic Church's Lenten season despite many towns across the country placed on lockdown. 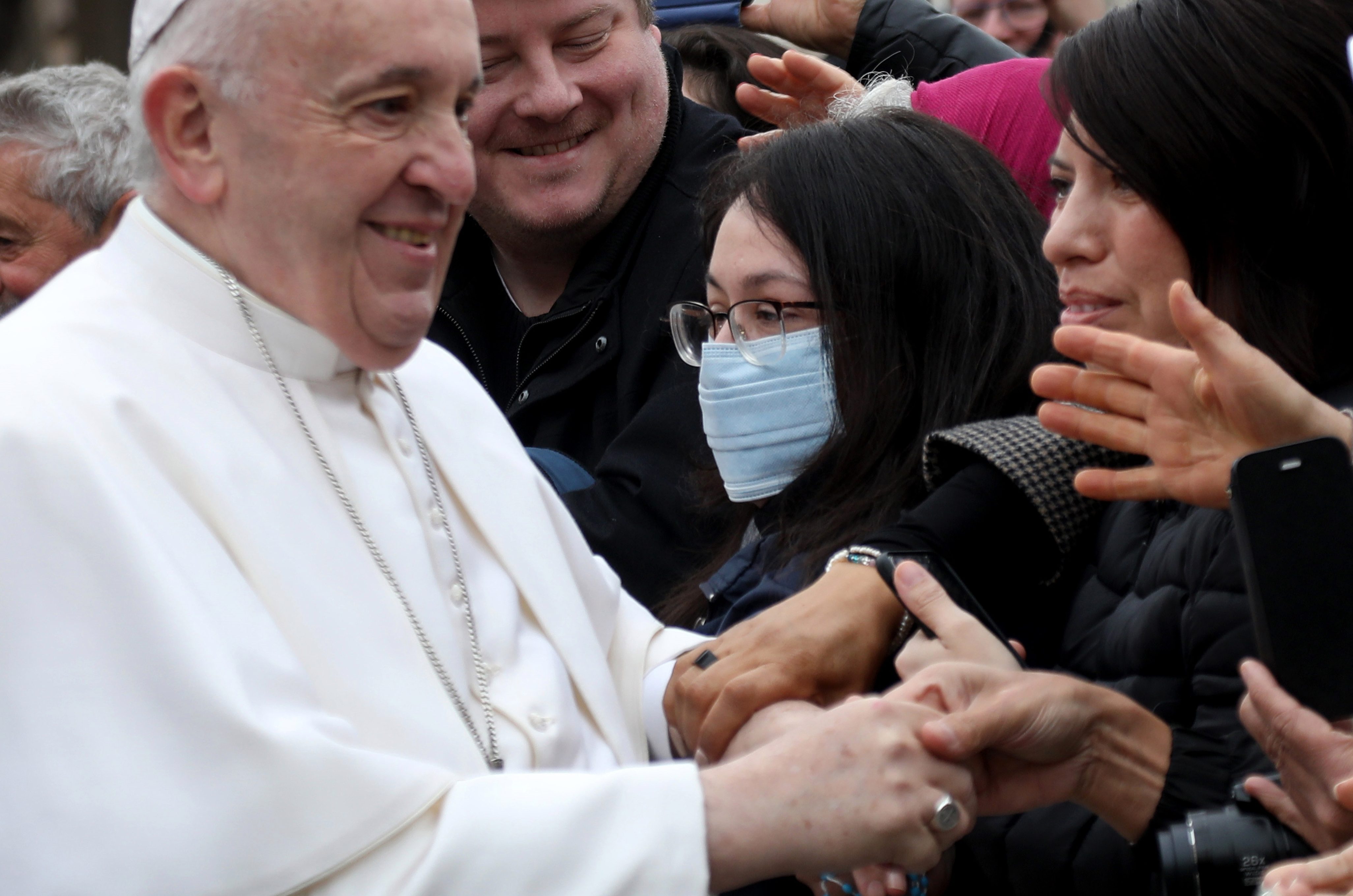 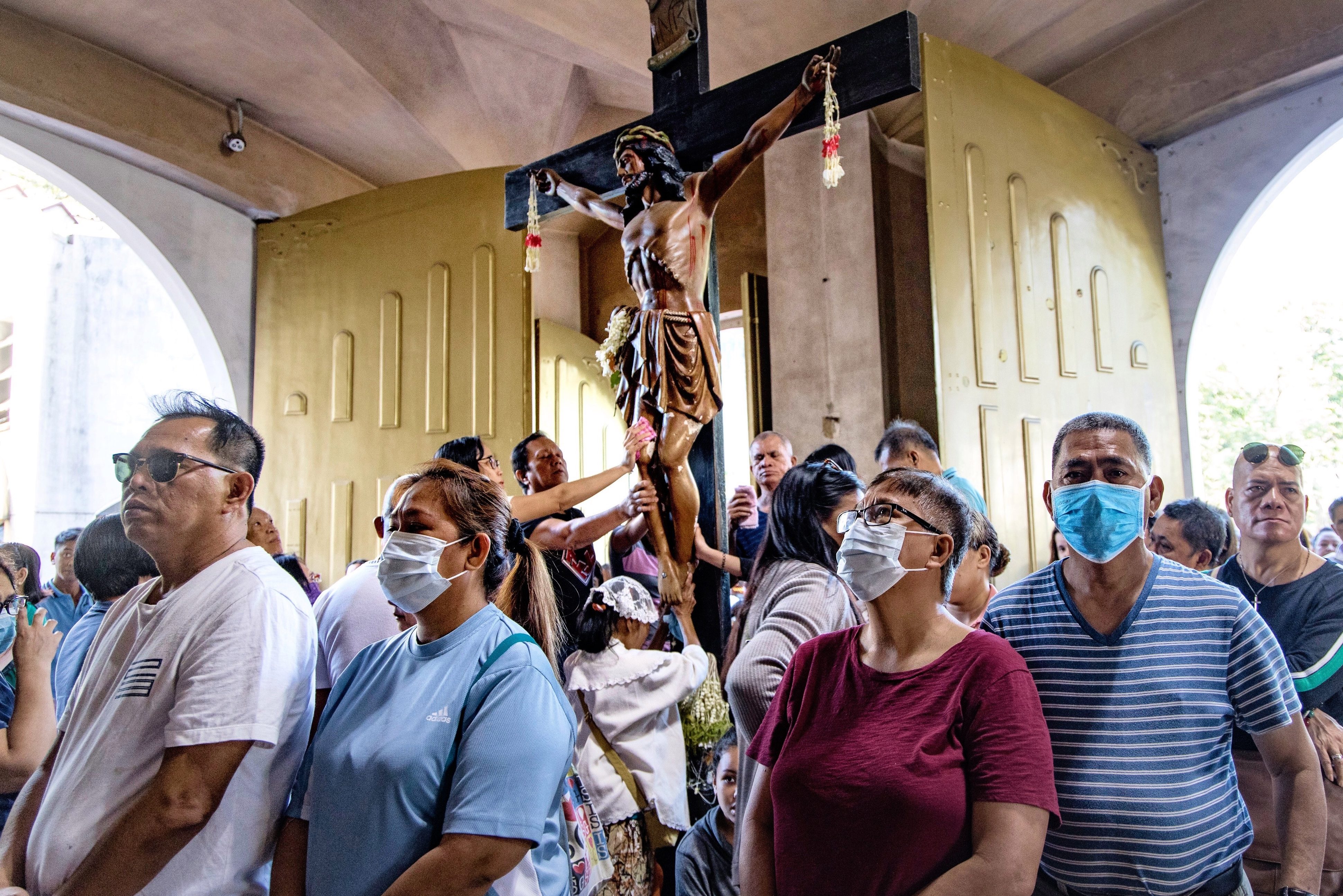 Masses were cancelled across the country over fears of the new coronavirus and other Catholic countries took precautions.

Eleven towns in the northern regions of Lombardy and Veneto have been put on lockdown, with about 50,000 people not being allowed to enter or leave the affected areas.

Several shops and businesses have been closed over fears of coronavirus and pharmacies have reportedly run out of face masks and sanitiser gel.

In the Philippines, priests sprinkled ashes on the heads of the faithful rather than making the mark of the cross on their foreheads to avoid physical contact.

At the Vatican, Francis held his general audience as usual in St. Peters Square and sent his prayers to victims of the virus and the medical personnel treating them.

Some among the thousands of people gathered wore face masks to protect against the virus.

Francis kissed at least one child as he looped through the square in his popemobile and made a point to shake hands with the faithful sitting in the front row when usually, he only waves. 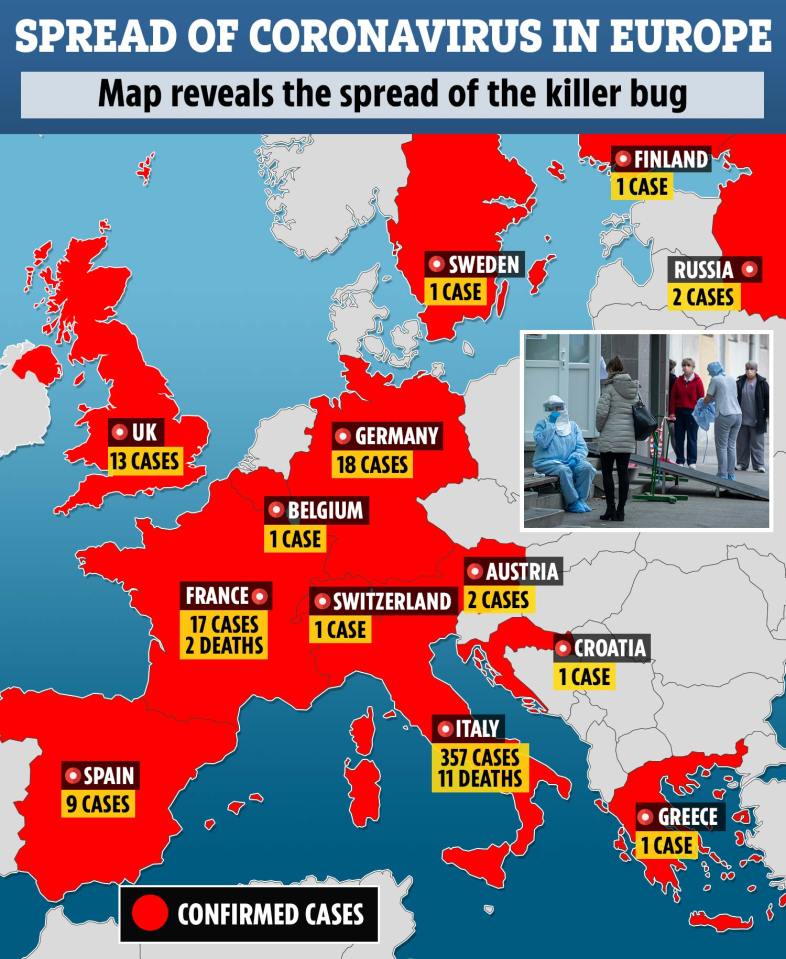 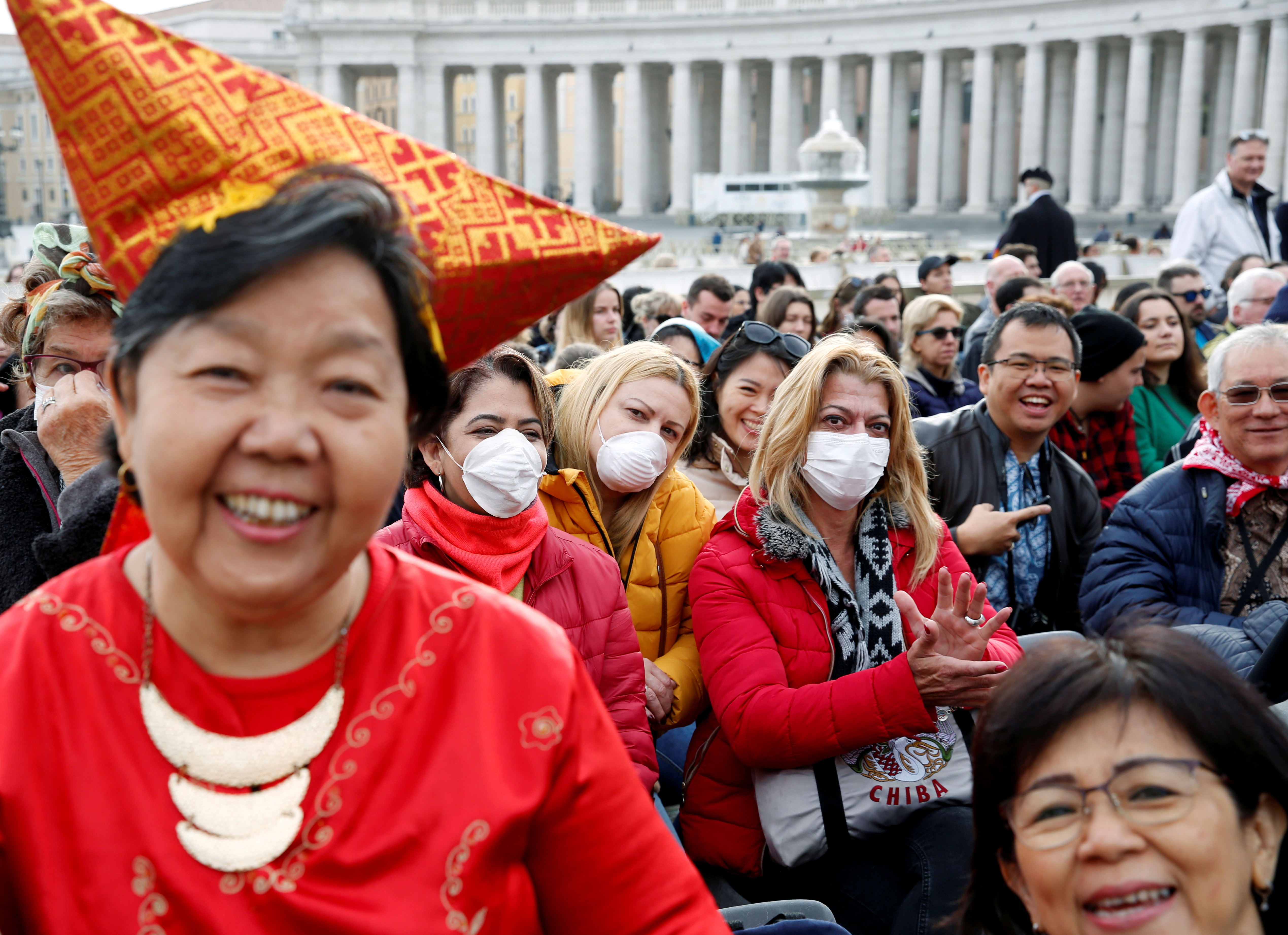 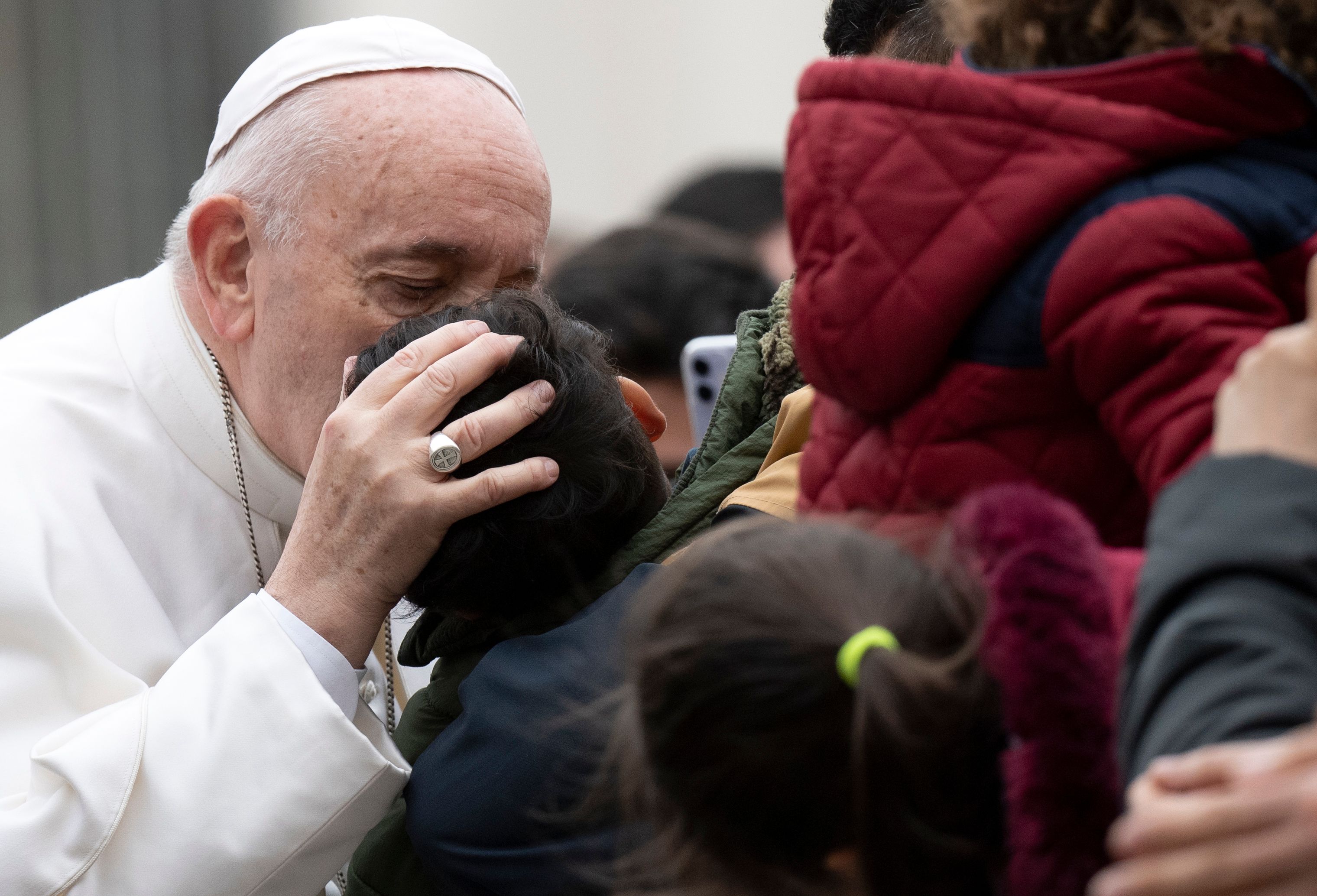 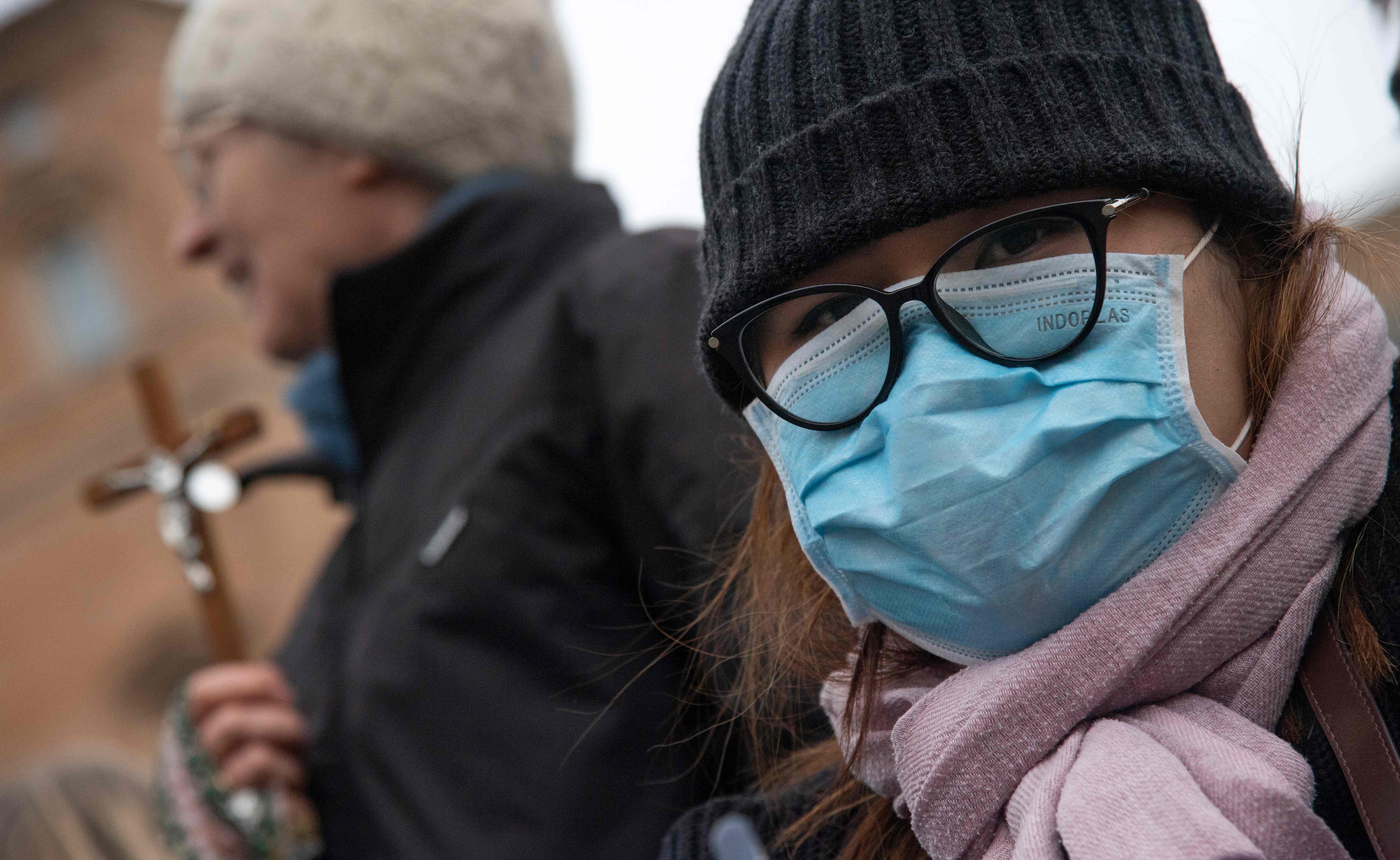 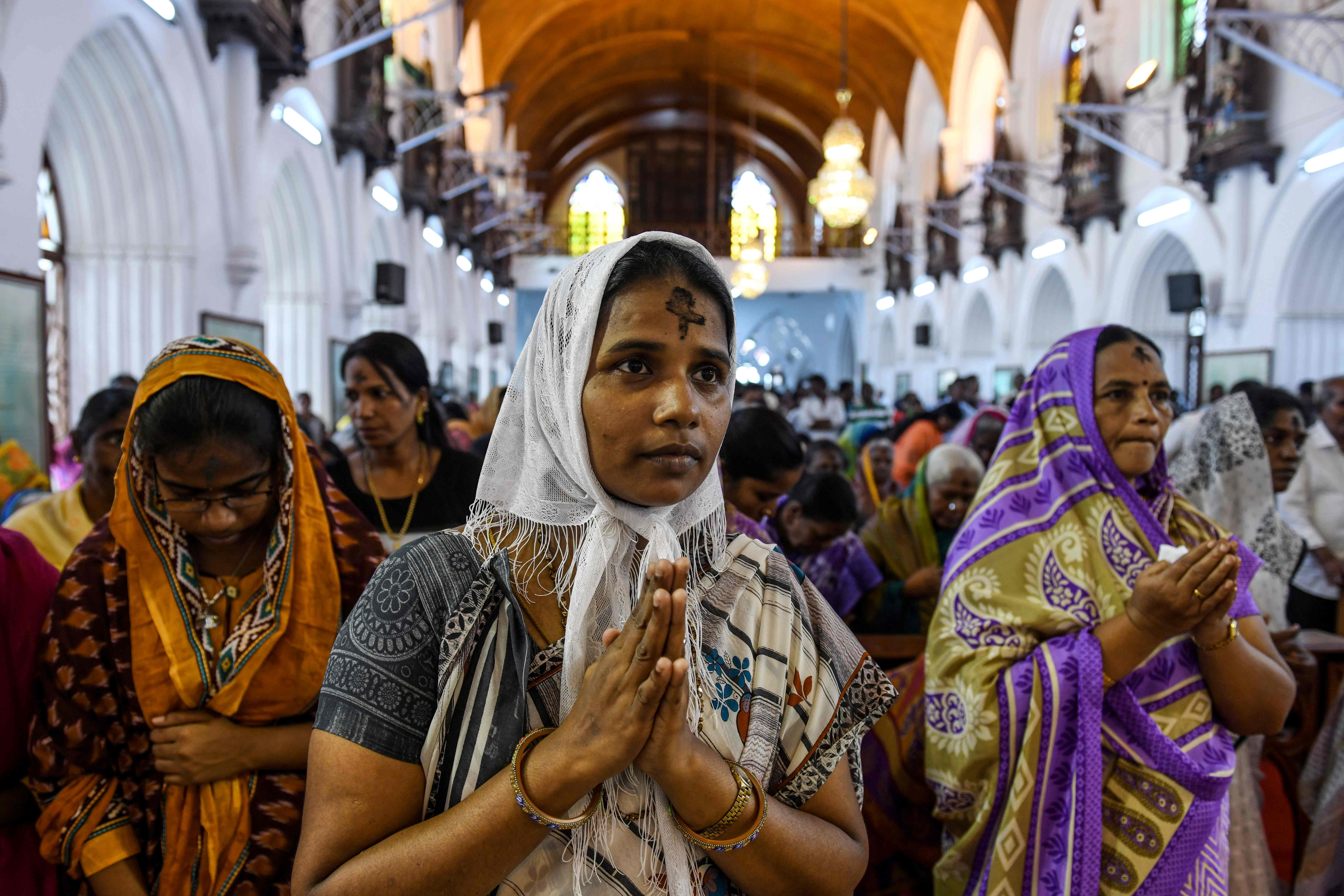 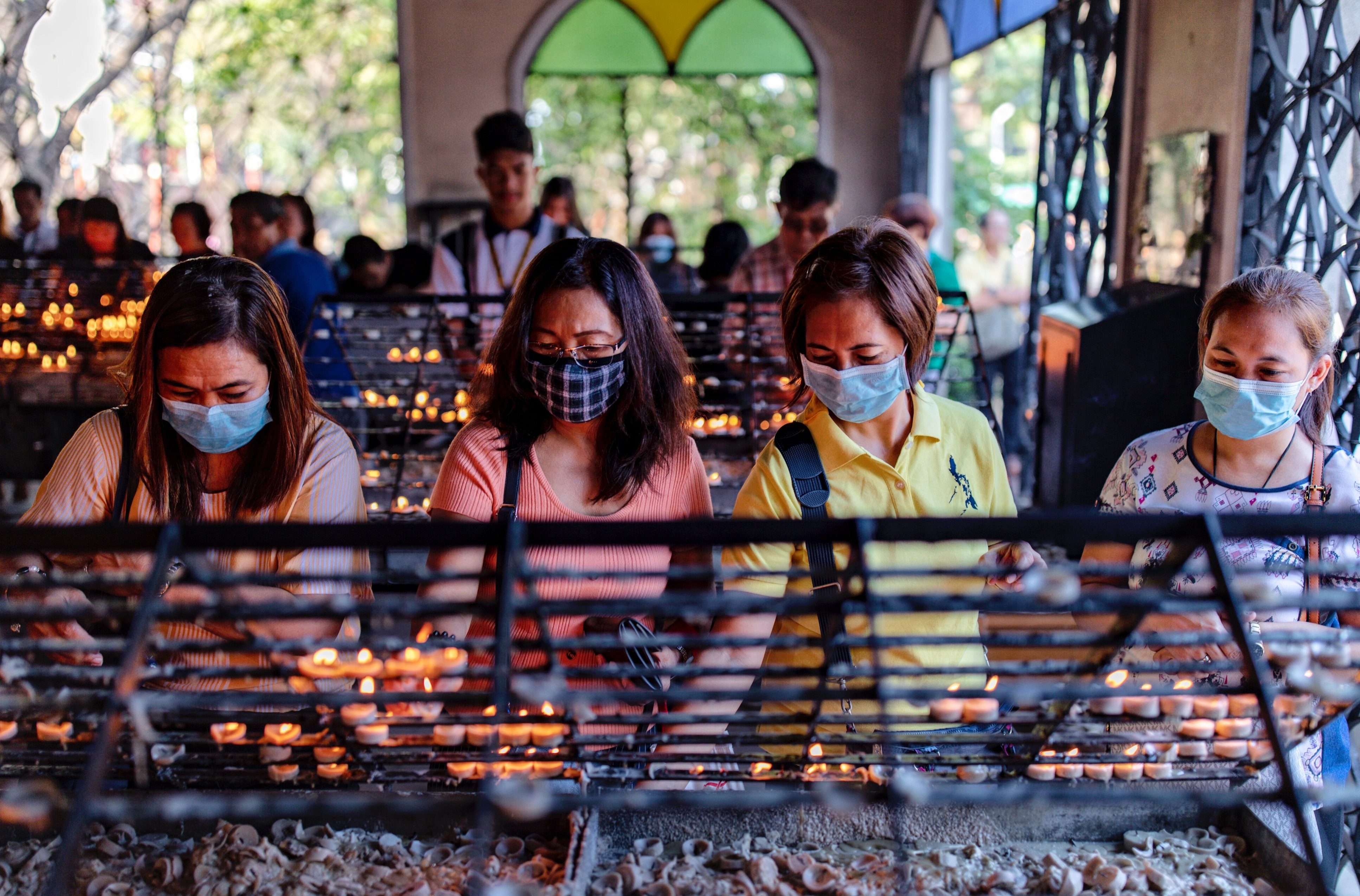 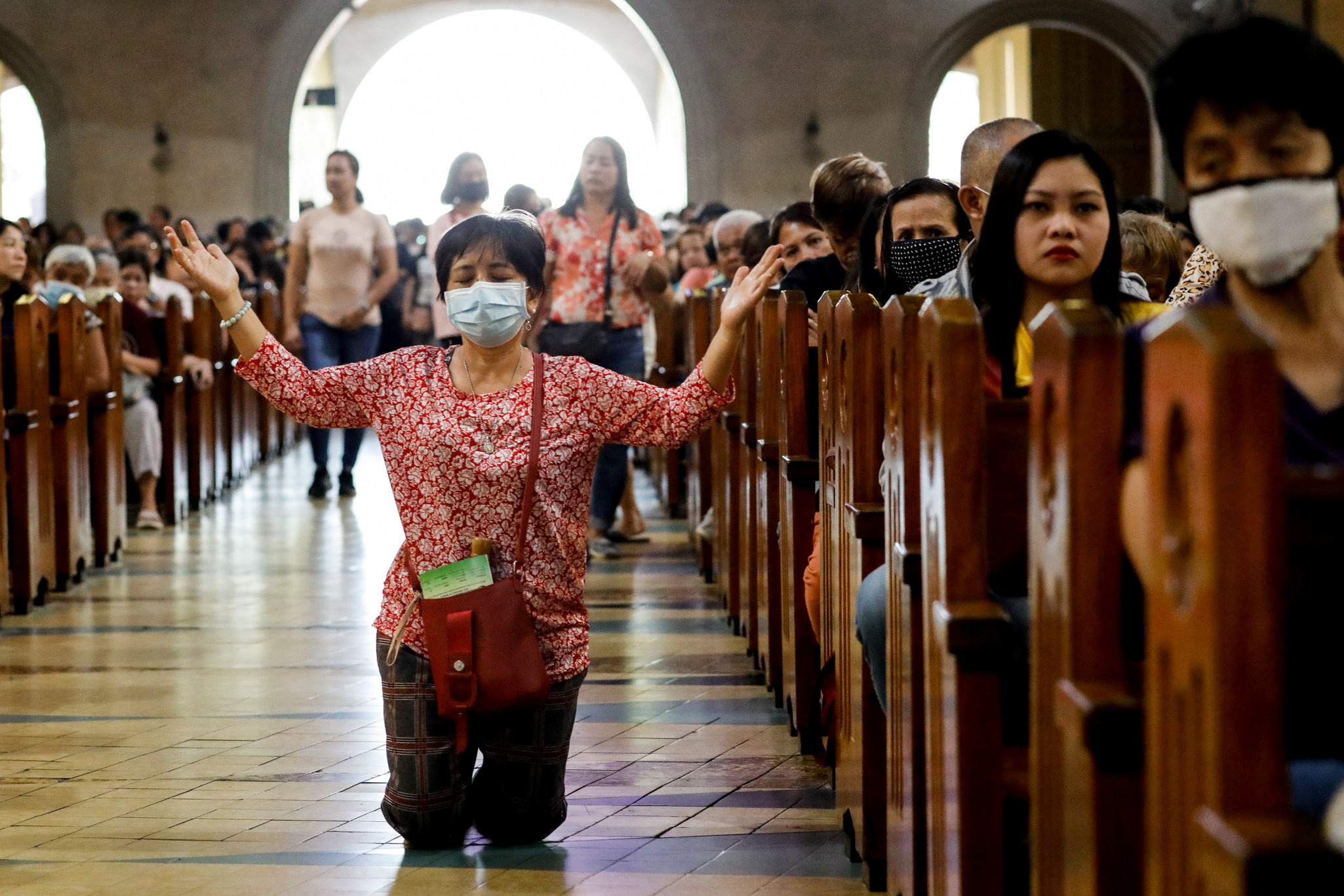 He also greeted prelates with a handshake at the beginning and end of the gathering.

But it appeared most clergy avoided kissing Francis' ring or embracing him, as they normally would do.

The pontiff said: "I want to again express my closeness to those suffering from the coronavirus and the health care workers who are treating them, as well as the civil authorities and all those who are working to help patients and stop the contagion."

The number of coronavirus cases globally has passed 80,000, with over 2,700 deaths being reported so far.

In South Korea, infections have risen again, taking the total to over 1,200, according to The Washington Post.

Italy and Iran, among the worst-hit countries, are battling to contain the outbreak of the virus.

The World Health Organisation said it is still early to label the spread of coronavirus as a pandemic, but countries should be "in a phase of preparedness".

Francis is also due to celebrate an Ash Wednesday Mass at a Rome church, a procession and ritual that begins the 40-day Lenten period.

Clergy in Venice canceled the mass scheduled for St. Marks Basilica after a handful of elderly people in the lagoon city tested positive for the virus.

The surrounding Veneto region is home to the second main cluster of cases in Italy.

In the Philippines, the Rev. Victorino Cueto, said the practice of sprinkling ash on heads of devotees was a precaution.

On Good Friday, which marks Christ's death on the cross, bishops in the Philippines strongly suggested that churchgoers refrain from kissing or touching the cross.

Instead, the faithful are requested to make a profound bow, said Archbishop Romulo Valles. 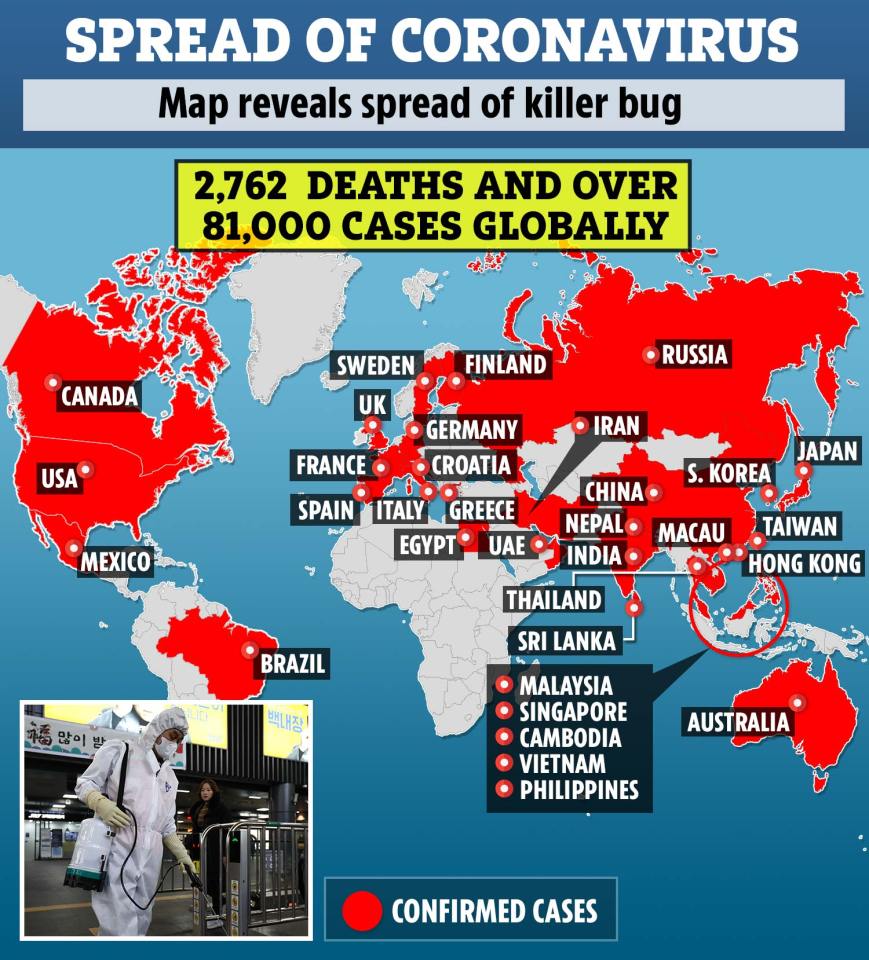 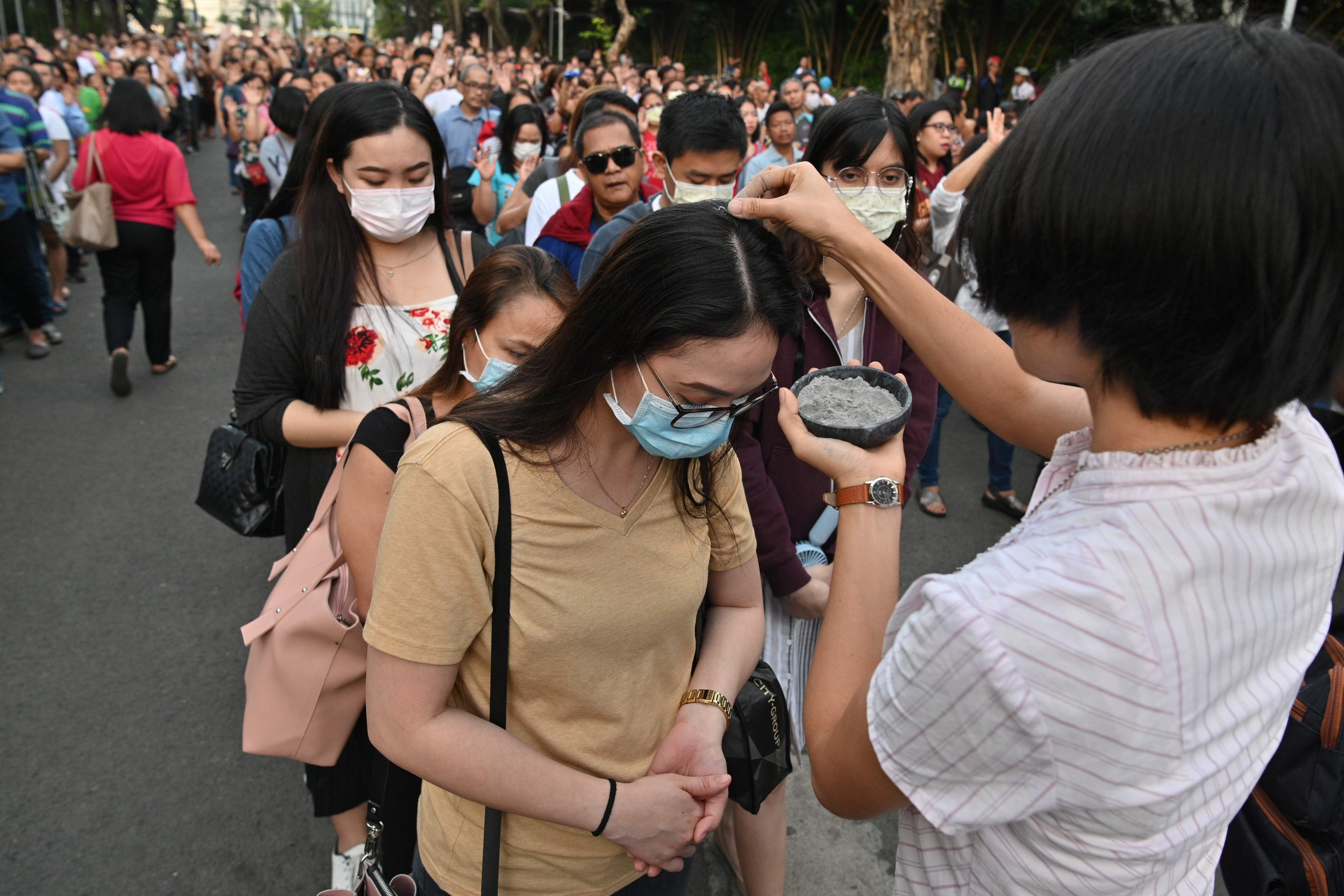 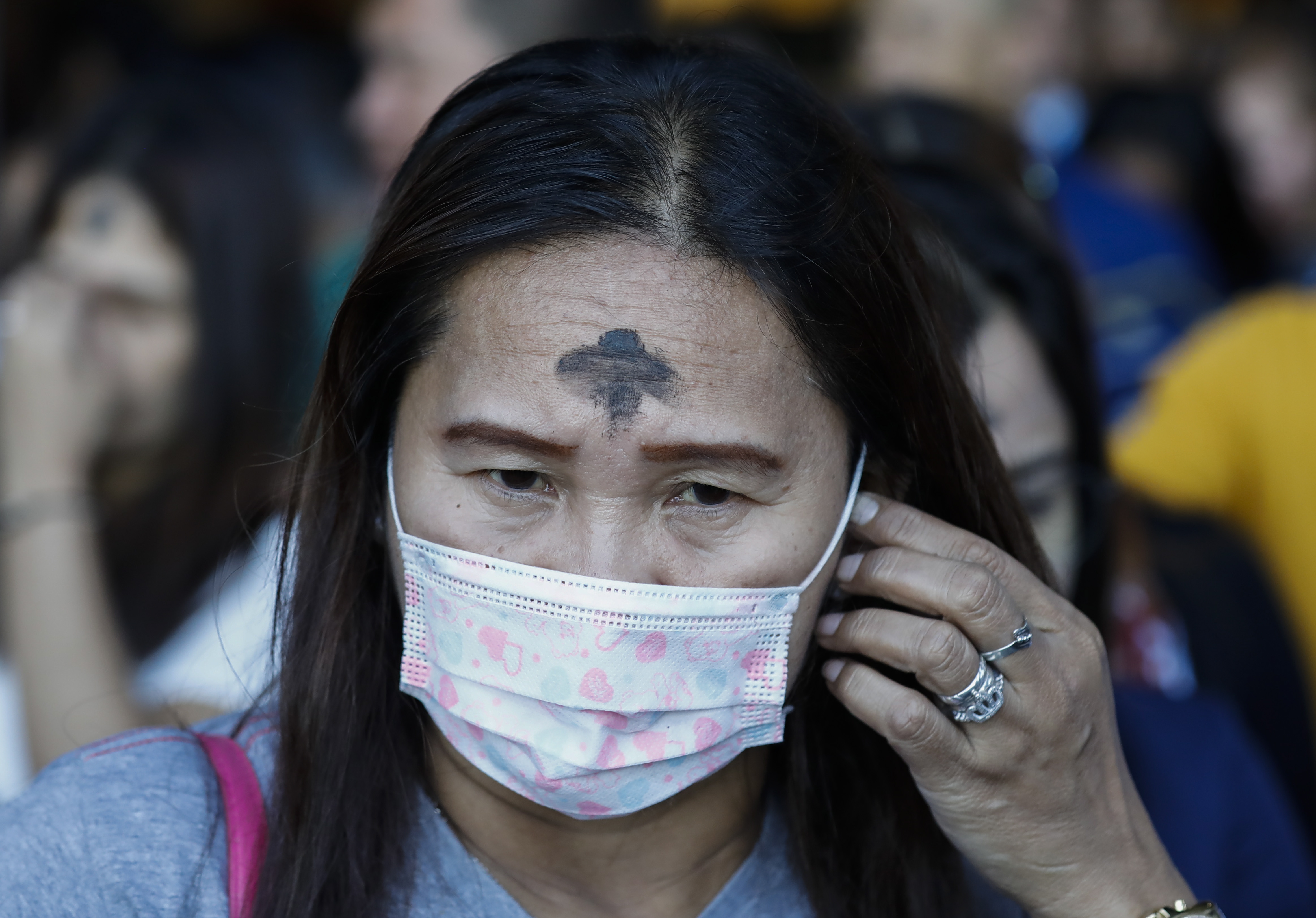