Home » World News » Coronavirus: Inside Bergamo – the epicentre of the worst COVID-19 outbreak in the world

Coronavirus: Inside Bergamo – the epicentre of the worst COVID-19 outbreak in the world

The bridge takes you across the Po river and into Lombardy, another hour or so through the now deserted streets of the fashion and industry power house of Milan, and on to the medieval city of Bergamo.

It is an easy drive on deserted roads.

Just one thing niggles on your brain and makes you twitch as you touch your face or sanitise your hands, you are driving in to the epicentre of the worst coronavirus outbreak in the world at the moment where more people have died than anywhere else, even in China.

What is less clear is why so many people are dying. It is probably because they have an old population and a culture of close contact. But as a punter driving into the storm that isn’t exactly science. It’s more a feeling. It’s definitely not awfully comforting.

I’ve been tasked with trying to see how this country, this region, this city is dealing with this deadly pandemic.

In Bergamo, the sound of ambulance and emergency vehicle sirens is a constant. 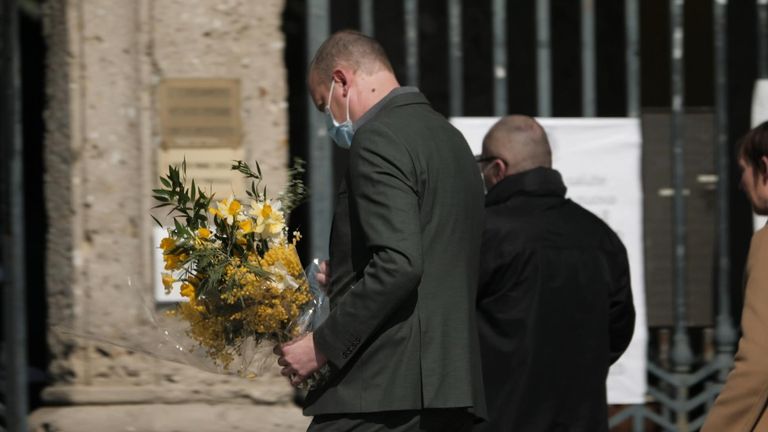 The drivers and the medics are always in full hazmat suits. There is a lockdown, there are no traffic accidents or day to day injuries to speak of, the emergencies are all to do with the outbreak. They are rushing to pick up the latest victims and to rush them to already over flowing hospitals to try and save lives.

It is often a losing battle.

The old walled city of Bergamo is one of the most beautiful of the many I have visited in northern Italy.

But the virus swept through here in days. 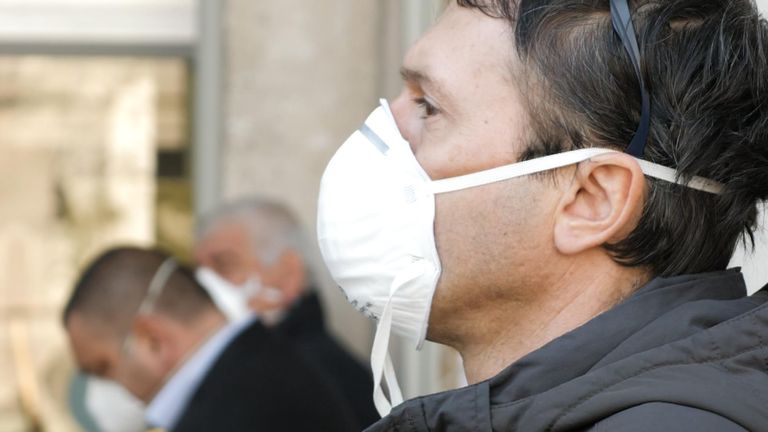 The ancient narrow roads are absolutely empty. It probably looks very much as it did when the plague visited this region centuries ago. It feels like the plague, or how I always imagined it would, as a history student decades ago.

Few people venture outside. They do to buy essential supplies. Mainly they stay at home.

Everyone here knows someone who has died or is ill. Everyone is scared.

I called out to Francesca Cassinelli as she scuttled towards her home, nervous, tired and strung-out. She told me that the lockdown was hard but that everyone accepted it had to take place. Like so many people here she said she had seen the TV and asked why people in Britain are not doing the same as her and indeed all of Italy.

She was cheerful and stoic until I asked her if she knew people who were ill.

“Unfortunately yes, it is painful you cannot say goodbye. It is painful that they are on their own. I feel very sad. There is sadness everywhere,” she paused, apologising, as tears welled up in her eyes.

“Seeing friends and relatives dying slowly, seeing people that are doing such an important job saving peoples’ lives, and seeing that they cannot be saved anyway, it’s heartbreaking,” she told me before continuing on her way to continue self-isolation. 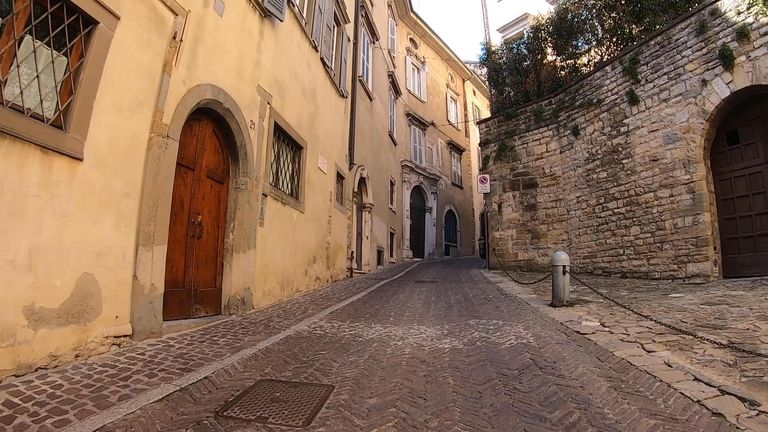 Here they believe that the only way to stop the speed of the virus is to close everything down. Only essential shops are open. All acknowledge it is hard but it is, according to the experts here, the only solution.

The man tasked with dealing with this crisis, while protecting his family and leading his community, is the Mayor of Bergamo, Georgio Gori.

He paused to speak to me in the central courtyard of one the cities magnificent public buildings.

He is handsome and dignified – and exhausted.

He imposed the lockdown and stands by it. 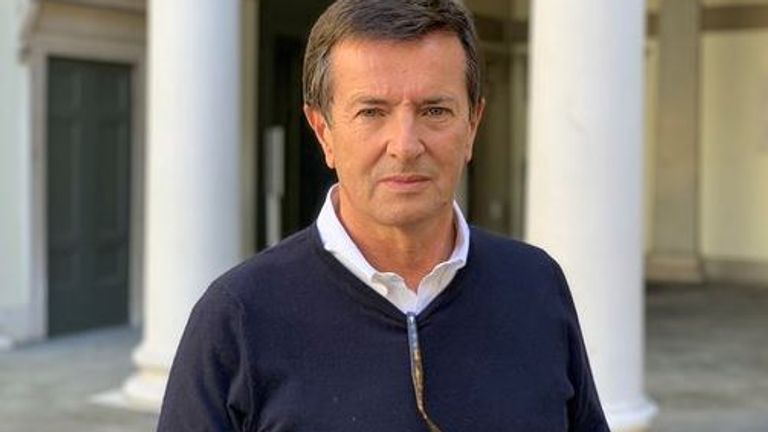 He told me he wants the world to see what has happened here and to learn from it.

They do not want to be guinea pigs of experience learned. But they accept that they are.

What he is in absolute incredulous exasperation about is the failure of countries, and he singles out Britain, for failing to use the time they have had to see what has happened in Bergamo and put in all the measures necessary to make sure it isn’t replicated again.

“I have two daughters, they are studying in England, one in Taunton in college and the other in Canterbury, she’s doing a Masters,” he told me.

“And when I saw what the English government was thinking about this problem, I decided to bring them back because I think that even if we are at the centre of the epidemic probably they are more secure here than in England, because I don’t understand why the government didn’t decide in time to protect their citizens.”

The vast majority of those dying here are in the high risk elderly group.

We bought one of the local papers and turned to the obituaries page. Usually it’s barely a page. Now the obituaries fill over 10 pages of single photograph portraits. And that is every day.

Getting some sun having ventured out for the first time in days, I met a couple both aged 73, Serena and Michele. They never leave each other and they meet no-one.

They told me to step away as I approached, but were prepared to tell me of their fears. I asked if they were scared.

“Because we are in a place where the infection and deaths are increasing at the moment.”

Michele added: “We are trying not to panic.”

We asked them for a still photograph. Standing a metre apart they posed for us.

“It is so odd not being able to touch my husband,” Serena said smiling.

The number of dead here continues to rise. The authorities do not believe they have reached the peak yet.

At the city cemetery, times are strictly allocated for the funerals of loved ones to take place. There is a huge backlog.

We watched as a family gathered, most in masks, waiting to be allowed inside. They walked behind a hearse into the burial gardens watched on by staff all in masks and wearing gloves. They are allowed to break the curfew to pay their last respects.

I couldn’t help but think that this is a family and a funeral we know nothing about. But many of us will likely experience what they are going through as well, and very soon.