Israel has become the first country in the world to announce a second national coronavirus lockdown.

The lockdown will last for three weeks and will come into effect at 2pm on Friday – coinciding with a major Jewish holiday, Rosh Hashana.

“I know these steps are a heavy price for us all,” Mr Netanyahu said.

“These are not the holidays we are used to. We certainly won’t be able to celebrate with our extended families.”

Responding to critical questions, he defended his leadership through the crisis saying: “If we keep the rules, and I am confident in this, we will defeat the virus. I see the vaccine on the way, and I see the fast testing that is on the way.”

Israel currently has one of the worst coronavirus infection rates in the world per capita, with 37,482 active cases.

Some 2,715 people tested positive on Saturday and the country hit a record high of 513 patients in a serious condition, of which 139 are intubated.

Israel is a small country with a population of just under nine million.

During the three-week period, all restaurants, shops and recreational facilities will be closed.

Schools will also be closed and the public will not be allowed more than 500 metres from their home. 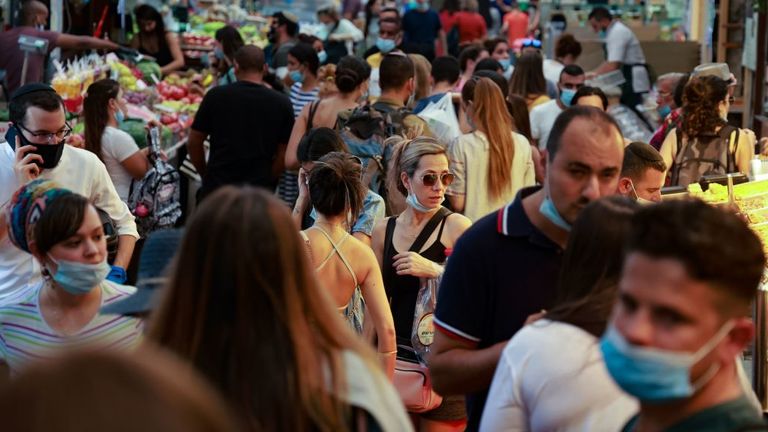 Supermarkets, pharmacies and other essential providers will be allowed to open and restaurants will be permitted to offer takeaway and delivery services.

The decision has caused significant political tension in an already highly dysfunctional coalition government. The cabinet meeting is reported to have lasted seven hours.

Mr Netanyahu faced scores of protesters as he arrived at the airport late on Sunday night for a flight to Washington DC, where he will sign diplomatic normalisation deals with Bahrain and the United Arab Emirates.

He has faced growing calls to resign over recent weeks because of allegations of corruption and his handling of coronavirus.

Many ministers opposed another lockdown – some on relations grounds and others because of economic concerns.

Both the science minister and economy minister warned that the economic damage will be so severe the country may not recover.

Finance Minister Israel Katz blamed the health ministry for failures in containing the outbreak and warned of hundreds of thousands of job losses.

Another minister, Yucal Steinitz, said: “It is nice that you are raising the red flag now, when hospitals are getting full, but you had to raise that red flag a month or two ago.”

Tourism minister Asaf Zamir said: “A full closure of the entire country during the holidays is too extreme a step and has economic implications that entire industries will not recover from.”

Housing Minister Ya’acov Litzman resigned before the cabinet meeting – opposing the lockdown on religious grounds. He argued that Mr Netanyahu lacked an appreciation for religious observance.

According to the Kan public broadcaster, the finance ministry is projecting a loss to the economy per week of 6.5bn shekels (£1.4bn) as a consequence of the nationwide lockdown.

A report by the Israel Coronavirus Information Centre, published on Sunday, said that the country’s hospitals were edging closer to maximum capacity – though doctors at some of the nation’s hospitals disputed this. 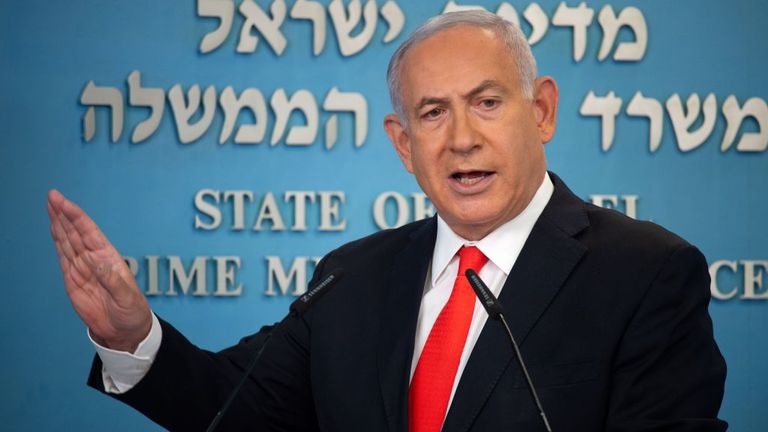 A series of Jewish holidays throughout September and October have raised concerns that the infection rate could rise further.

The second lockdown marks an extraordinary change in fortune for Israel.

At the start of the pandemic, the country was seen as a beacon of how to contain the virus.

The first strict lockdown was imposed early – people complied and it appeared to work.

However the lockdown was reduced as fast as it was imposed.

The government’s coronavirus commissioner, Ronni Gamzu, who has been calling for the lockdown for several weeks, warned last month: “The state of sickness in Israel is among the worst and most complicated in the world.”

In the West Bank, which is administered in part by the Palestinian Authority, there are 9,845 active cases. No lockdown decisions have been made.

In Gaza, administered by the Palestinian faction Hamas, there are 1,588 active cases and 15 deaths, which represents a exponential rise.