Veteran Palestinian peace negotiator Saeb Erekat has died aged 65 after contracting coronavirus, it has been confirmed.

He died in an Israeli hospital on Tuesday, weeks after testing positive for COVID-19, his party Fatah confirmed.

Live updates on coronavirus from UK and around world 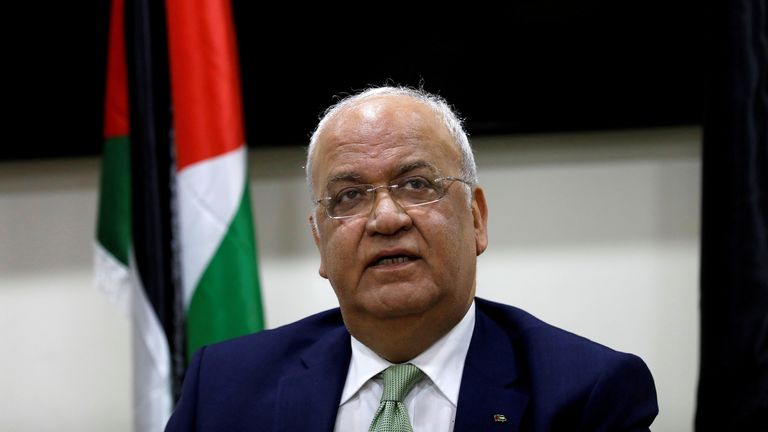 Dr Erekat was involved in almost every round of peace negotiations between Israel and Palestine stretching back to the landmark Madrid conference in 1991, when he famously wore a black and white chequered keffiyeh – a symbol of Palestinian nationalism.

A loyal aide to Palestinian leaders Yasser Arafat and Mahmoud Abbas, he also served as translator for Mr Arafat and general secretary of the Palestine Liberation Organisation (PLO).

He was a constant presence in the western media, arguing fiercely for a two-state solution to the conflict and blaming Israel and Prime Minister Benjamin Netanyahu in particular for failing to reach an agreement.

Dr Erekat was born and brought up in the West Bank town of Jericho – something he spoke about often to illustrate life under Israeli rule. 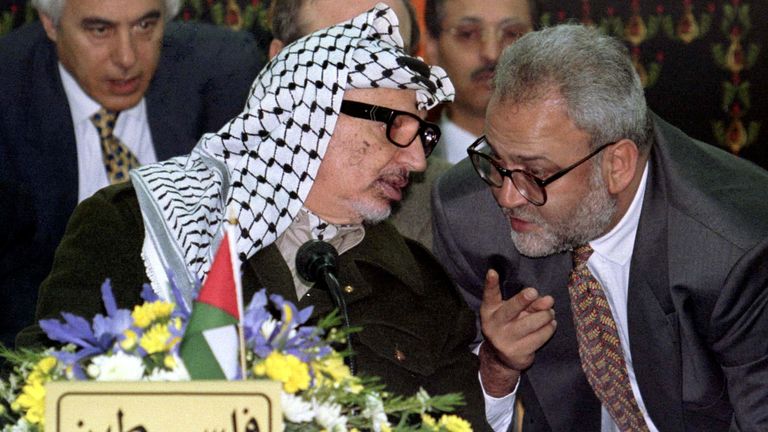 He travelled to the US to study at San Francisco State University and later got a PHD at the University of Bradford in the UK.

On his return to the Middle East, he became a professor at An-Najah University in the West Bank and editor of the Al-Quds newspaper.

He appeared on US and other international news programmes throughout the 1990s, when he condemned violence on both the Israeli and Palestinian sides. In 2000 he was part of the Palestinian delegation at Camp David when President Bill Clinton brought the sides together for marathon talks. No agreement was reached and violence broke out again months later.

Dr Erekat clung to a two-state solution right up until his death, despite the United Arab Emirates and Bahrain normalising ties with Israel this year in a departure from the long-held Arab position that Palestine must be formally recognised before establishing relations.

In an interview with Sky News this summer, he described the agreement as a “poisonous Arab dagger in my back” and said US President Donald Trump, UAE and Israeli leaders had “killed the two-state solution” by endorsing it.

He is survived by his wife, two sons, twin daughters and eight grandchildren.