Cougar breaks into Washington man's home, passes out in kitchen 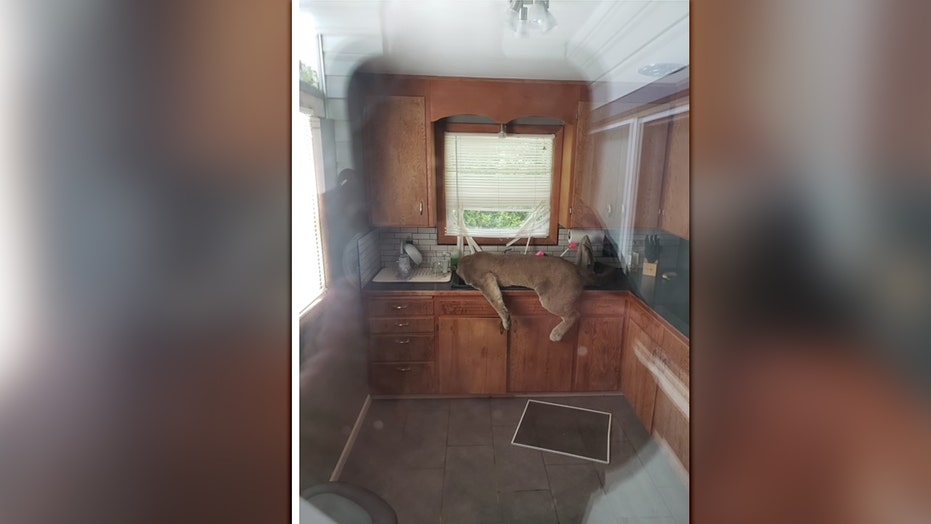 A Washington state cougar broke into a man’s home, tore through a screen door, smashed a window and eventually passed out in the kitchen sink.

That was after state Department of Fish and Wildlife officers dosed it with tranquilizer darts.

Viral video showed a Grant County Sheriff’s Office deputy chasing a cougar as it sprinted down a residential street and vanished into someone’s yard. Cellphone video from someone else showed it hopping a fence before it eventually made its way into the unsuspecting man’s home. 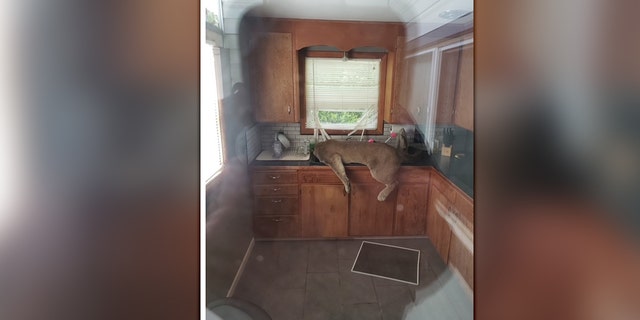 Ephrata police responded as well and said the animal appeared spooked and ducked into the private residence, where it holed up in the kitchen.

Fish and Wildlife officers responded as well, armed with tranquilizers, and successfully subdued the animal, which passed out with its head in the sink and a broken screen on the floor below.

“EPD was able to detain the cougar,” the Ephrata Police Department announced Tuesday. “The cougar is now safe and in the custody of Fish and Wildlife.” 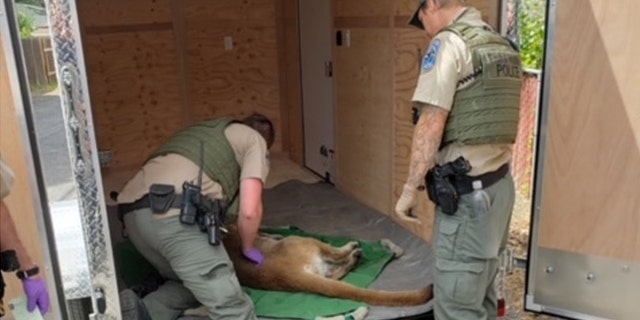 Cougars, also known as pumas or mountain lions, can grow up to 180 pounds and 8 feet long, according to Washington wildlife officials. (Ephrata Police)

The encounter prompted another Ephrata Police Department, this one in Pennsylvania, to announce that, “We are happy to report that our area is currently safe from cougars!” Presumably after social media users mistook one town for the other.

Cougars, also known as pumas or mountain lions, can grow up to 180 pounds and 8 feet long, according to Washington wildlife officials.

The one in the image was a 150-pound male, and was likely confused and scared about how to get away from the populated area, authorities said.

It was being relocated to a safe “wilderness area” for release.

“Generally an animal gets disoriented and it’s a matter of them getting lost and not knowing how to get away from the population,” Fish and Wildlife spokeswoman Becky Bennett told the Spokane Spokesman-Review. “This was probably a wrong time, wrong place, wrong house situation.”