Home » World News » Cough, cold or Covid? As key symptoms merge into one how can you tell when to get tested?

Cough, cold or Covid? As key symptoms merge into one how can you tell when to get tested?

KEY coronavirus symptoms have started to shift as different variants take hold across the globe.

With that in mind it's important to understand the newest advice when it comes to symptoms so you know how to spot the difference between Covid and a cold. 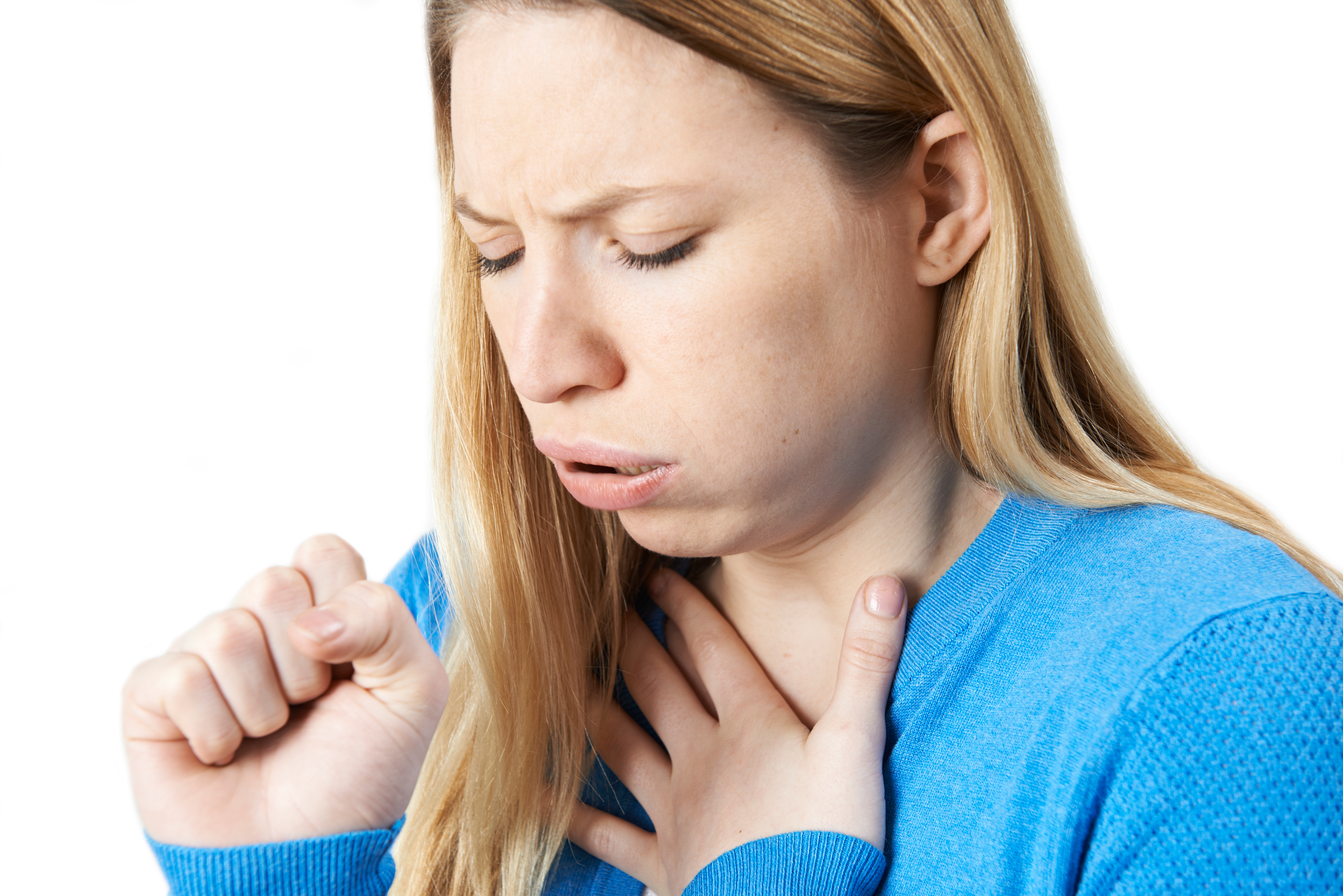 Throughout the pandemic the three main symptoms have been known to be a new persistent cough, a loss or taste or smell or a high temperature.

But experts have also suggested that symptoms such as a runny nose and congestion should be monitored.

Up to half of people don’t get the classic cough, fever or lost sense of smell so they can’t get a test, meaning they slip through the net and spread the virus.

Doctors in the US said they are seeing more and more people presenting with what they think is just a cough or a cold, but is actually Covid.

Dr. Russell Vinik, chief medical operations officer at the University of Utah Health in Salt Lake City told NBC: "If you think you have a cold, you're infectious, and whether that's Covid or a cold, you should consider getting a test."

Signs of the illness are changing with new variants and they are different in younger people, who now make up most cases thanks to jabs protecting the elderly. 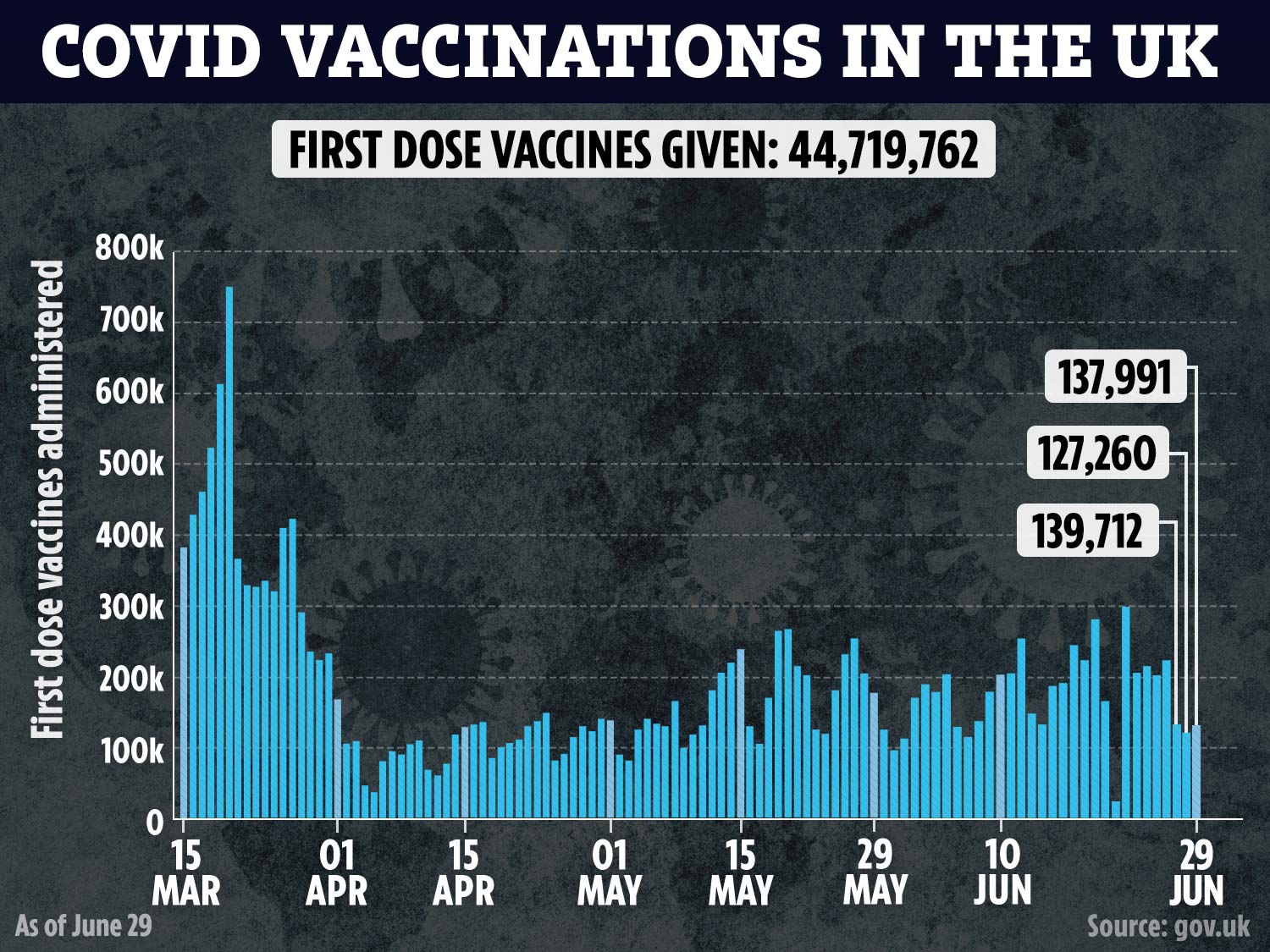 Health chiefs in the US and EU each use more than 10 official symptoms to spot cases but the UK has just three, the team pointed out in the British Medical Journal.

An Office for National Statistics report yesterday found that 60 per cent of people who test positive in the UK do get symptoms.

Cough, headache, weakness and fever were most common in June.

But sore throat and muscle aches – which are not on the official list – were more common than lost smell or taste – which are on it.

If you are under 40, the signs to look for now are a headache, sore throat and runny nose, according to data.

If you are over 40, the key signs are a headache, runny nose and sneezing.

HOW IS A COLD DIFFERENT?

Dr Belinda Griffiths from The Fleet Street Clinic in London said symptoms of a common cold include: sneezing, running nose and a sore throat.

In most cases Dr Griffiths said you won't develop a high temperature – which is one of the NHS's key Covid symptoms to look out for.

The NHS are yet to list symptoms such as a headache or runny nose but experts have urged them to so that more cases can be detected.

"With a common cold you can usually expect to see an improvement after less than a week, although this can vary." 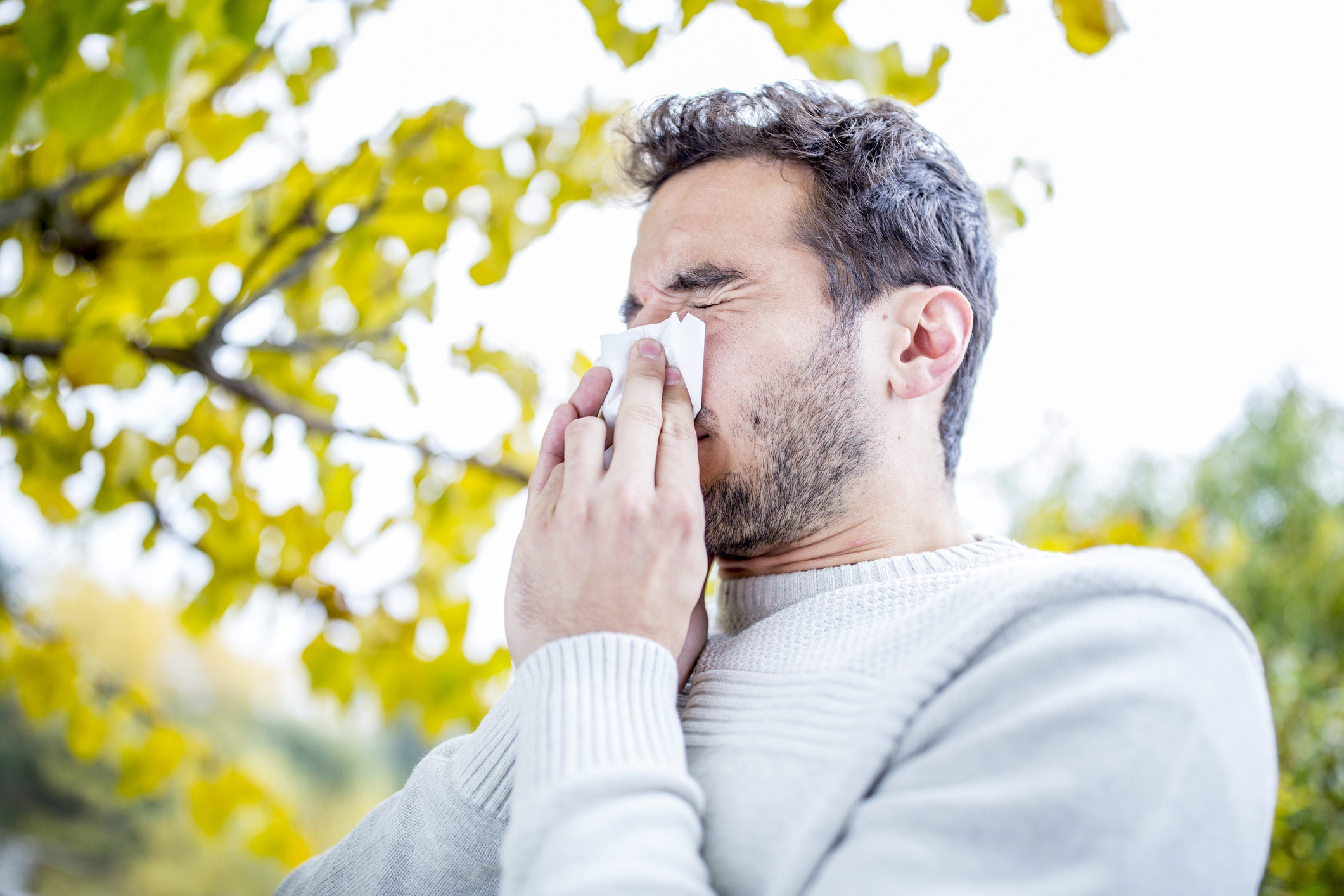 In terms of how a cough can differ – if you have three or more coughing episodes during a day then you should get a test.

Expert Kristoffer Ahlerup, director at Enzymatic said it's even more likely that the cold virus will be on the up this year.

He explained that there will be a decrease in a immunity against the cold as many people have been reducing social contact and working from home.

The said: "The Public Health England data shows that the share of tests coming back positive for Rhinovirus has risen significantly since the start of this year.

"For children aged from five to 14, nearly 30 per cent of tests were positive at the beginning of April compared with none in late January and early February, showing a link to the return of playgroups and schools.

"Other parts of the world, such as Australia, have seen a surge in colds."

Kristoffer said that the dominance of the pandemic has meant that there hasn't been much talk of the common cold.

He said it might feel strange to now be met with cold or flu symptoms.

WHEN TO GET A COVID TEST

If you think you have coronavirus it’s important to isolate and get tested.

Rapid flow tests are free and are available to everyone.

The government advises that you test around two times a week but certain work places will have other requirements.

The government says you can request a PCR test if you have symptoms such as a new cough, a high temperature or a loss of taste and smell.

You can also get a PCR test in areas that are completing surge testing to detect new variants.

Kristoffer also added that there are three main types of cold.

Head colds: People who have a head cold can feel stuffy and might have a head ache and watery eyes.

Kristoffer said: "For a head cold, try steaming your face when you first wake up and before  you go to sleep. Get plenty of rest and drink lots of fluids – but avoid alcohol consumption."

Chesty cold: Chest congestion is an obvious symptom, as is a sore throat a fever and aches included headaches – as well as a leaky nose.

"You should increase your fluid intakes with water, but it may also be worth trying natural household remedies such as lemon, honey and ginger which may help to relieve a chesty cold", Kristoffer explained.

Nose cold: The common cold will cause inflammation in the mucous membrane.

Typical symptoms of a nose cold include a runny or stuffy nose, nose congestion, headaches and sneezing.