Rich couple married for just five months with no children spent 18 months running up lawyers’ bills of £1.2m in fight over money says judge as he orders man to pay musician wife £750,000 (but lets him keep the Steinway piano)

A rich couple at the centre of a bitter battle to end their five month marriage have run up a legal bill of more than £1million, a judge revealed today.

The couple, both in their 50s and from London, married and seperated in 2020 – sparking an 18-month High Court divorce fight.

Though the pair were not named in court, a judge said the woman was a musician and the man an American tech work who lived a ‘close’ to ‘luxurious’ lifestyle.

When they split five months after their wedding, the woman had requested a multimillion-pound settlement from her husband.

She also demanded she be allowed to keep a Steinway piano which she claimed had been given to her as present.

Finalising the couple’s divorce today, Judge Mr Justice Peel, revealed they had each run up legal bills of more than £600,000 in the divorce.

The judge, who is based in the Family Division of the High Court in London, ordered the man to pay his former partner £750,000 as part of the settlement.

But he ruled the man should be able to keep the piano – after he denied his ex-wife’s claim that he had given it to her as a gift. 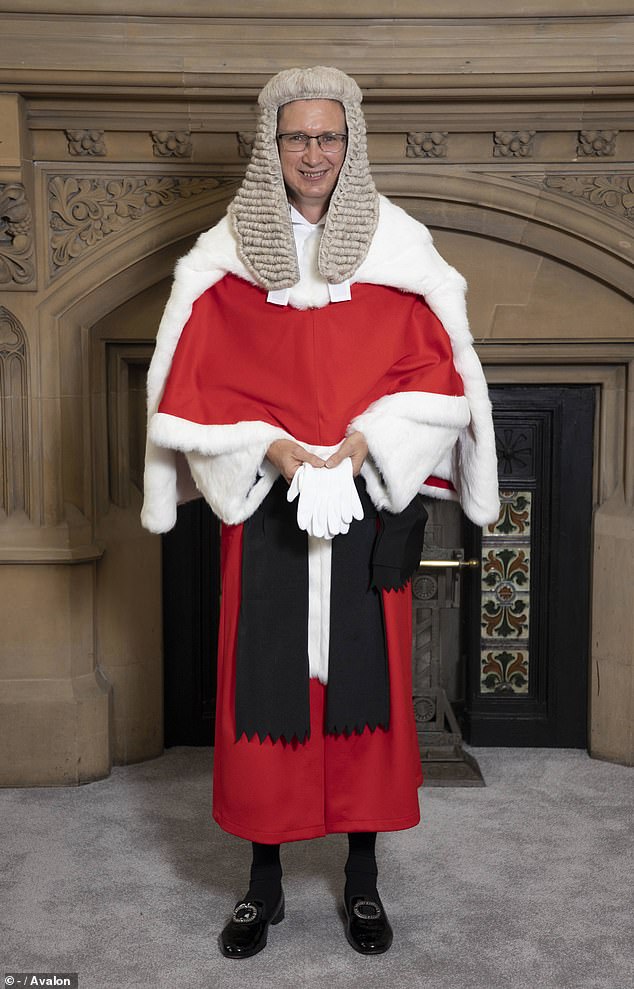 Finalising the couple’s divorce today, Judge Mr Justice Peel, revealed they had each run up legal bills of more than £600,000 in the divorce

In his ruling, Mr Justice Peel said: ‘(They) were married for no more than about five months and have no children

‘Such cases should be easy to resolve.

‘Not so here; the parties have litigated bitterly, at enormous cost and in minute forensic detail for over a year and a half.’

Outlining the settlement in a judgment published online, the judge said the couple had ‘litigated bitterly’.

He did not name the man and woman in his ruling, but said they were both in their 50s and said their standard of living had been ‘close’ to ‘luxurious’.

He said the man, an American who worked in the software industry, and the woman, a musician, met in 2018. 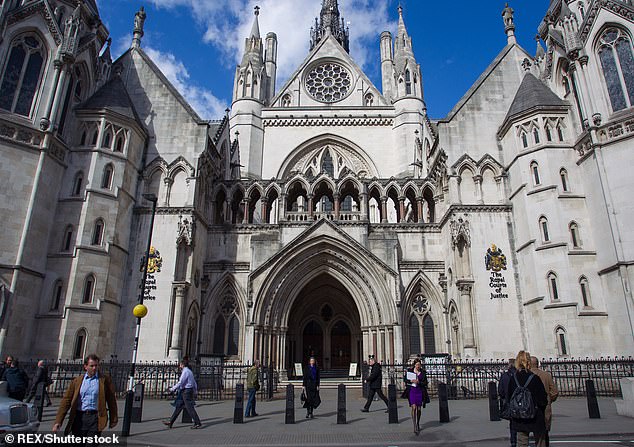 The couple, both in their 50s and from London, married and seperated in 2020 – sparking an 18-month High Court (pictured: A library image of The Royal Courts of Justice which houses the High Courts) divorce fight

Mr Justice Peel ordered the man to pay the woman £750,000. He said the woman had ‘pre-owned, non-marital property’ and would leave the marriage ‘debt free’ and with total assets of more than £1 million.

The man had offered £400,000, though the woman had wanted a package worth several million pounds.

Mr Justice Peel said the woman had argued that the man had given her his Steinway piano as a present. The man disagreed.

The judge ruled that the man should keep the piano.

The piano brand favoured by music legends such as John Lennon, Billy Joel and Cole Porter – and which boasts Royal approval and a spot in the White House: What are Steinway Pianos?

American-German company Steinway is synonymous with pianos – in particular high-end grand pianos for which they are said to have an 80 per cent market share.

The company was founded in 1853 in Manhattan by Henry E. Steinway, going on to build factories in New York and Hamburg Germany.

Famed for their high quality, Steinways have been the favoured brand of music legends including Billy Joel and Cole Porter.

The company’s 300,000th piano was gifted to the White House, where it remains today.

The European arm of the company, meanwhile, has a Royal Warrant of Appointment to the Queen.

Because of their quality and upstanding reputation, Steinway pianos aren’t cheap. Even their lower-end models will set you back at least £50,000.

But the highest price ever fetched for a Steinway was the Steinway Alma Tadema, which sold for $1.2 million in 1997 at Christie’s in London.