Couple win £1m on EuroMillions to buy a bigger house

A husband and wife are celebrating a £1 million EuroMillions win which will help them care for their disabled son.

Neil and Sue Smart’s winning EuroMillions UK Millionaire Maker prize from the draw on March 5 will enable them to get the bigger family home they so desperately need.

The couple, from Seaton, Devon, have three children – the youngest of whom was born with scoliosis, a condition affecting the spine, making it twist or curve to the side. 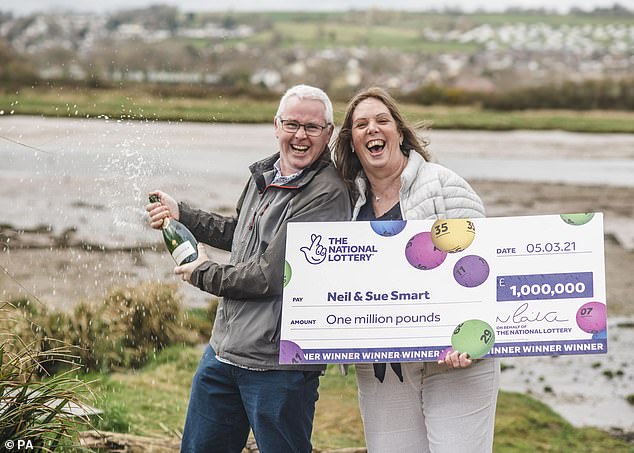 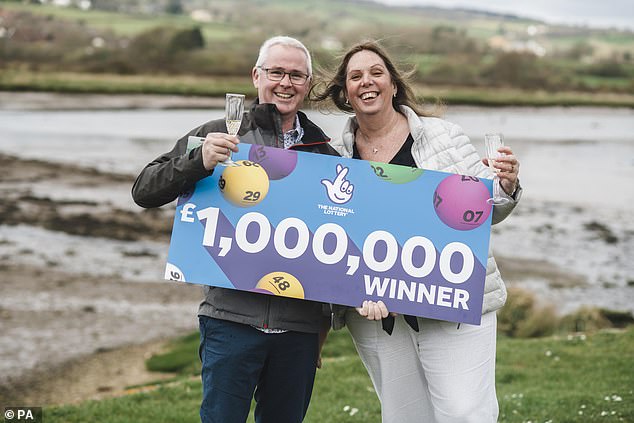 The couple, who have three children, welcomed their good fortune and said it will help them move into a larger home for their family 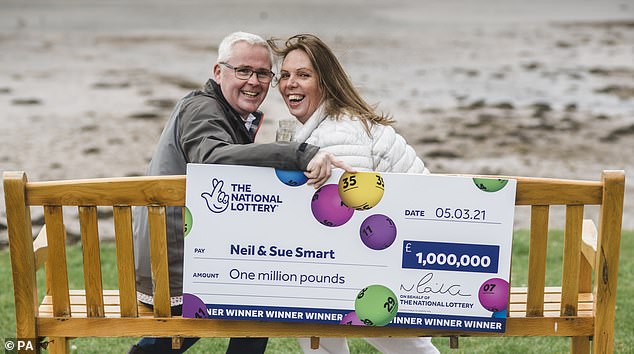 The couple’s youngest son, who is aged nine, suffers from scoliosis and requires special treatment – including regular trips to hospital in Birmingham

Now aged nine, their son, who also has learning difficulties, needs support and regular trips to hospital in Birmingham.

The win means the family can move to a larger house with the space to care for him as he grows up and give him any extra help he may need.

It will also mean a bigger car for the couple, making their regular 300-mile round trips to Birmingham a lot more comfortable.

Mr Smart, 50, who works at a builder’s merchant, said: ‘We’ve never struggled for money, we have always been careful, but this will make such a difference to the whole family.’

Despite matching the EuroMillions Millionaire Maker code on the Friday night, Mr Smart did not check the National Lottery app straight away and only realised he had an important message urging him to check his account two days later.

‘I don’t check religiously and only got around to it on Sunday night. Sue had gone to work and the kids were upstairs, so I thought I’d check to see if I needed to put on a line for next week,’ he said.

‘When I logged in, I immediately saw a message which said ‘Congratulations, you’ve won £1 million’.

‘I thought it was a scam and called my daughter to read it. We both thought it couldn’t be real, even though it was clearly on the National Lottery app and wasn’t just some random email.

‘She posted on our family group chat that Dad had won the lottery and Sue came back saying it was probably just a fiver.’

Once Mrs Smart, 51, was home, the couple checked the EuroMillions Millionaire Maker code repeatedly but refused to really believe they could be millionaires until they could get some official confirmation. Mr and Mrs Smart have three children and one grandchild, including daughters aged 22 and 18 as well as their nine-year-old son

Mr Smart admitted that neither of them got much sleep that night, but he still went to work the next day.

‘I wasn’t going to stay in bed and leave them in the lurch – what if I was wrong about the win?’ he said.

He called Camelot, who confirmed he was a millionaire, and, after letting his wife know the good news, he went back to work to complete his shift.

The couple admitted they were excited but remained very calm until everything was finalised.

Once the money was cleared in the bank the following Thursday, they popped open the Champagne and celebrated their good fortune.

Mr and Mrs Smart have three children and one grandchild.

Their eldest daughter, aged 22, has moved out but the win has allowed Mrs Smart to quit her job as a sales assistant and help look after her two-year-old grandson.

Their second daughter, aged 18, is still studying at college.

A larger house will make things easier for the whole family.

Currently, their son has the box room in their three-bedroom home but the Smarts have already put an offer in on a new, larger property.

Mr Smart said: ‘People have said, ‘Well done, it couldn’t happen to a nicer family’, that it is nice to see ordinary people win, which is all lovely to hear.

‘But the win, and especially the new home, will make a difference to our whole family for years to come, and that is so important.’

The family plan to make a donation to the Ronald McDonald House charity which has supported them.