A leading doctor in Japan has warned this summer’s Tokyo games could lead to the emergence of an “Olympic” strain of the coronavirus.

Dr Naoto Ueyama, head of the Japan Doctors Union, said with people from more than 200 nations and territories set to arrive, the event poses a danger.

Opposition to the games – now just eight weeks away – is growing in Japan, with those opposed claiming the event cannot be held safely, and that the financial resources would be better spent on fighting the COVID-19 epidemic instead. 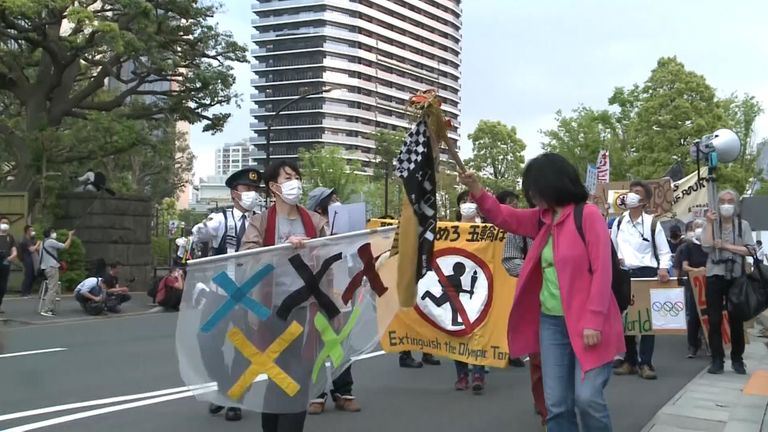 Japan remains in a state of emergency while it struggles to contain a fourth wave of infections, and polls show 80% of Japanese people want the event to be called off.

Just over 5% of the population has been vaccinated against the coronavirus.

Dr Ueyama told a news conference on Tuesday: “All of the different mutant strains of the virus which exist in different places will be concentrated and gathering here in Tokyo.

“We cannot deny the possibility of even a new strain of the virus potentially emerging.

“If such a situation were to arise, it could even mean a Tokyo Olympic strain of the virus being named in this way, which would be a huge tragedy and something which would be the target of criticism, even for 100 years.” 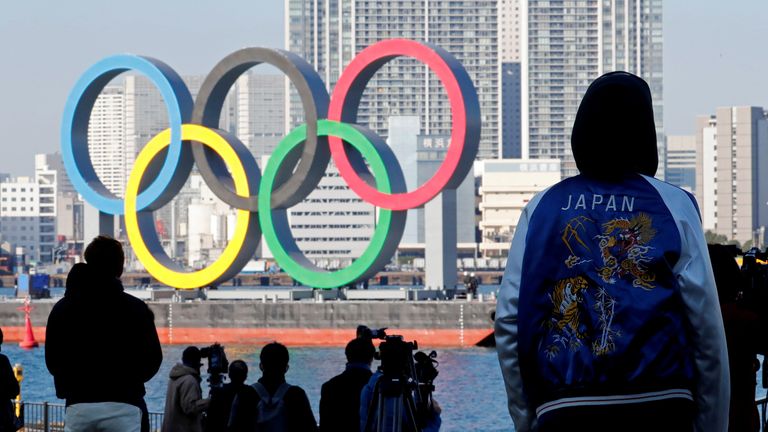 Kenji Shibuya, director of the Institute of Population Health at King’s College, London, has recently been helping the vaccination campaign in Japan.

He played down the warning, saying: “Mutation takes place when virus stays in immunocompromised or partially immunised people for a long period of time.

“So the current situation in Japan is more dangerous than (during) the Tokyo Games, in my opinion.”

Japanese officials and organisers of the event, and the International Olympic Committee (IOC), have all vowed the delayed games will go ahead on 23 July as planned.

They argue strict coronavirus-prevention measures will be in place. Foreign spectators have been banned and a decision on domestic ones is expected within the next few weeks.