President Trump’s call for his supporters to watch for cheating at the polls this fall is part of an effort by his campaign to have “poll watchers” present in major urban areas where Democrats vote in the biggest numbers, raising concerns about voter intimidation and voter suppression.

“I’m urging my supporters to go into the polls and watch very carefully, because that’s what has to happen. I am urging them to do it,” Trump said in Tuesday night’s debate. He said this moments after claiming, falsely and without evidence, that the 2020 election “is going to be a fraud like you’ve never seen.” 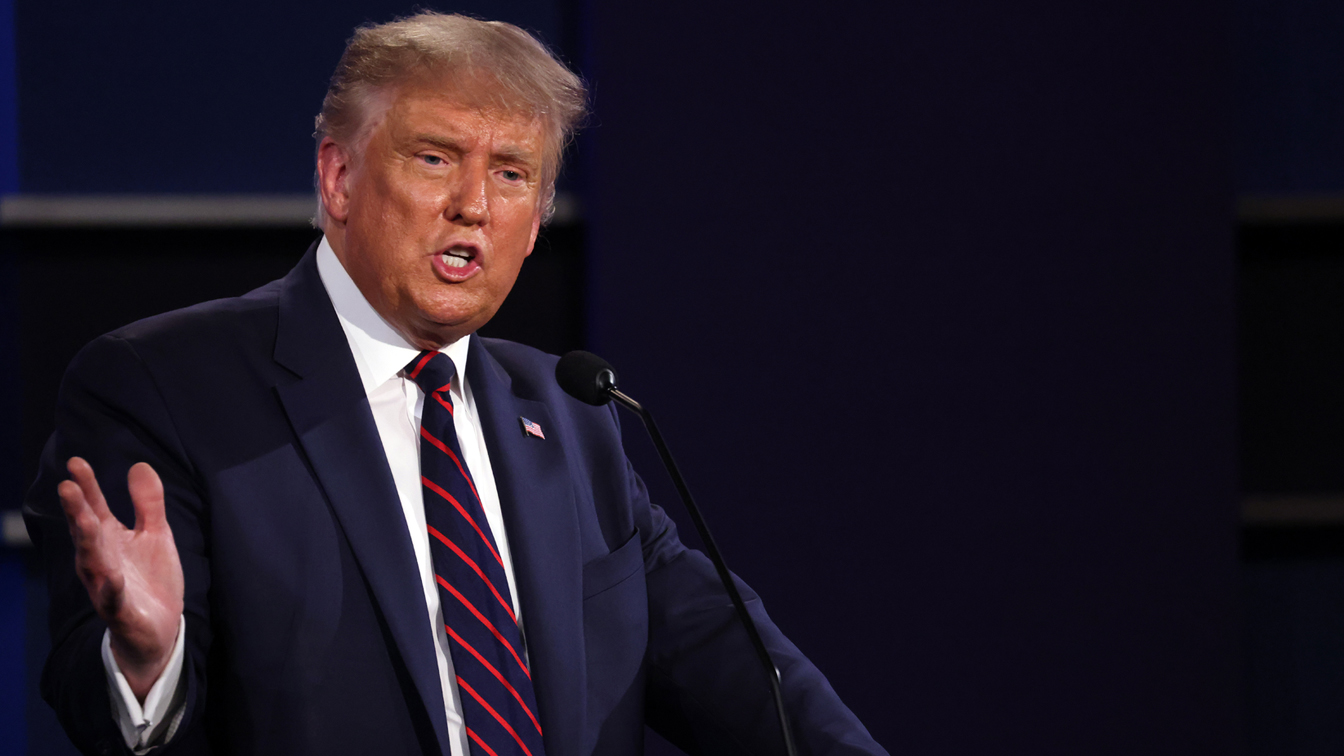 Trump’s call for his supporters to go to the polls and watch for the cheating that he falsely claims is rampant is a recipe for potential chaos that could help him politically. And his claims about widespread voter fraud have been repeatedly refuted by Republican election officials, top Republican election lawyers and his own FBI director.

After the debate, Trump tweeted a link asking supporters to volunteer to be poll watchers and to join the “Army for Trump.” If Trump supporters cause disturbances during in-person voting in places like Philadelphia, a city that Trump mentioned specifically on Tuesday night, that could lead to voting delays.

Long lines would discourage or prevent some people from casting ballots, and critics warn that aggressive behavior from GOP poll watchers could intimidate some voters.

“This is a clear voter suppression tactic aimed at Black and brown voters in Philly,” said Kristen Clarke, president of the Lawyers’ Committee for Civil Rights Under Law.

During the debate, Trump alluded to a handful of recent incidents in which ballots were lost or discarded as proof that the Democrats are cheating. These incidents, however, appear to have been caused by simple human error and affected only a minuscule number of ballots.

These incidents also occurred in states that send out mail ballots only to those who ask for them. Trump referred to these as “solicited” ballots, and said it is an acceptable form of mail-in voting, since he himself takes advantage of this option. In fact, only nine states and the District of Columbia are sending unsolicited ballots to all registered or active voters. None of them are competitive states in the presidential election.

There are instances of election fraud at the local level. Trump did not mention it, but there was an election worker in Philadelphia who pleaded guilty in May to adding a total of 113 votes over three elections from 2014 to 2016 to help judicial candidates running for a local court.

Of course, even one ballot lost or wrongly discarded is a problem, and election officials work hard to try to prevent it. Anyone caught cheating is also subject to federal prosecution and strict penalties, as occurred in the case of the election worker. But the president’s false claims that these isolated incidents add up to a grand plot are, ironically, the most serious threat to the integrity of the election, according to one of the Republican Party’s top election attorneys.

“As a Republican lawyer who has spent four decades monitoring elections and looking for fraud, I can say with confidence that evidence to support the president’s words and threatened actions does not exist. The president has consistently been behind in the polls, and his aim appears to be seeding chaos in order to somehow cling to power,” wrote Benjamin Ginsberg, who helped lead the Republican legal fight in the 2000 presidential recount, in an op-ed published Tuesday.

And Trump’s rhetoric, including his call for people to snoop on others at the polls, is setting up a conflict with the law in Pennsylvania, which was one of three states that decided the 2016 election and is likely to be pivotal again if the overall election is close across the country.

Pennsylvania law requires that poll watchers be registered to vote in the county in which they are watching for irregularities. So if Trump supporters come from around the state and show up at polling places in cities like Philadelphia, they will not be allowed inside.

That scenario already occurred this week during early voting in Philadelphia. The city opened satellite voting centers for the first time on Tuesday, and in at least one location, a woman who said the Trump campaign had hired her to “oversee the integrity of the election” was turned away by election officials.

The Philadelphia Inquirer reported Tuesday that the Trump campaign currently does not have any poll watchers approved in Philadelphia, and the woman did not present a certificate stating that the campaign had selected her to be a poll watcher. But even if she had, the 17 satellite voting centers in Philadelphia are different from the fully operational early polling locations, and poll watchers are not allowed to observe at them, city officials said.

At Tuesday’s debate, Trump used this one example as proof of “big problems.” He referred inaccurately to multiple watchers being “thrown out” and claimed, without evidence, that this happened “because bad things happen in Philadelphia.” 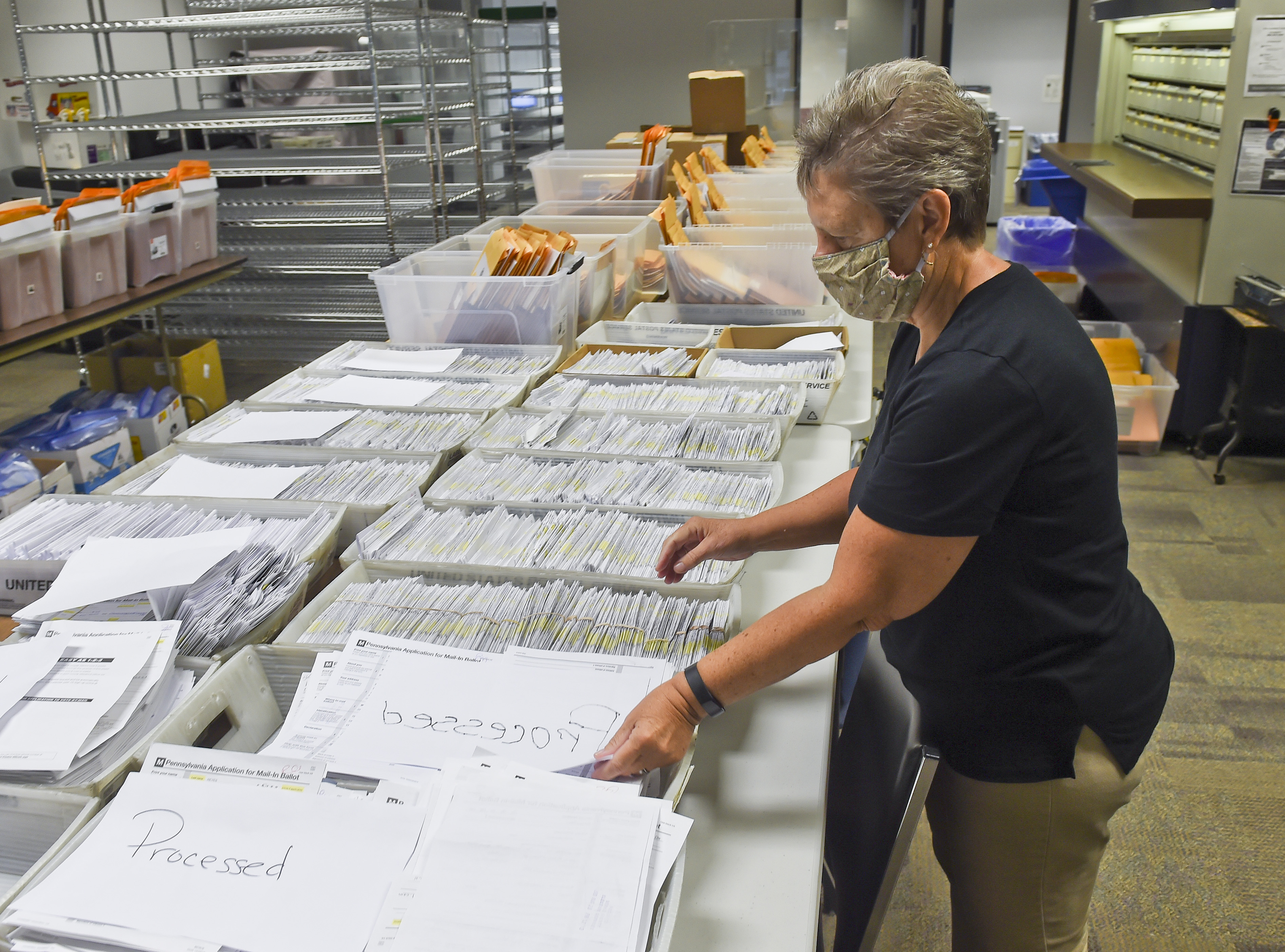 Trump has tried to set up confrontations between his supporters and voters in urban areas for years. In 2016 he told supporters in a rural, western part of Pennsylvania that “it is so important for you to go out and watch other communities.”

Trump has also told supporters in other states to watch polls and try to catch misconduct. In North Carolina on Sept. 8, he said his backers should “watch all the thieving and stealing and robbing they do.”

But only a week earlier in the same state, he had told his own supporters to vote by mail and then vote a second ballot in person if they were unsure whether their mail ballot had been counted. At best, that could lead to confusion and delays if voters don’t first use tools available to them to track their mail ballot online. At worst, it could create the very kind of double voting that Trump has said he’s trying to prevent.

Ginsberg, in his op-ed, said it was Trump, not the Democrats, who is trying to rig the election.

“Granting his wish to disenfranchise millions of voters without evidence of widespread fraud would actually cause a ‘rigged’ election and threaten a peaceful transfer of power,” the Republican election lawyer wrote.

“As when he urged his North Carolina supporters to vote both by mail and in-person, Trump would be the arsonist firefighter committing the crime about which he complains.”