A rare and exceptional, Matte Himalaya Niloticus crocodile diamond Birkin 35 which sold for £162,500 at Christie’s

A Birkin handbag is an accessory coveted by fashionistas all over the world.

The Hermes Himalaya niloticus crocodile Birkin 35 is named after actress Jane Birkin who, in 1983, sat next to Hermes’ chief executive Jean-Louis Dumas on a flight.

When she complained about not being able to find a good leather weekend bag, he designed a versatile one for her to use.

Since it was introduced in 1986, the hugely popular design has been a hit with celebrities and collectors, including Victoria Beckham, who has a collection of more than 100 Birkins said to be worth more than £1.5million.

The sale makes the bag the second-most expensive sold at auction in Europe, tied with a 2008 Hermes Himalaya Birkin bag which sold for the same price in June 2018.

The European record holder for the most expensive handbag sold at auction is the 2010 Hermes Himalaya niloticus crocodile Birkin, which sold for £236,750 in December last year.

Bidders from 41 countries took part in Tuesday’s auction of handbags and accessories, which saw 243 lots on sale, fetching £3.4million. 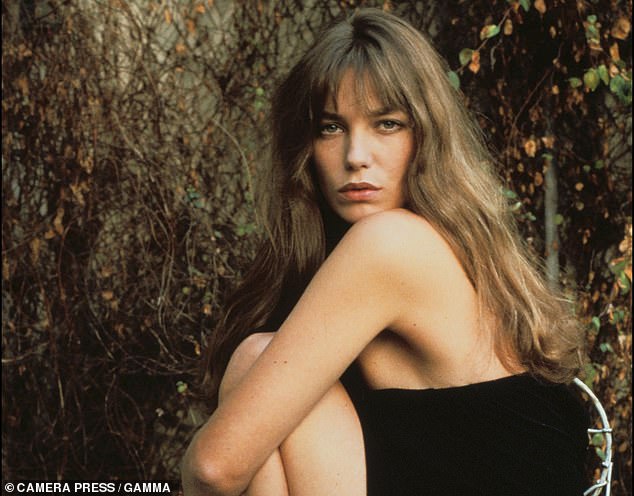 Jane Birkin, actress and singer, complained about not being able to find a good leather weekend bag, so Hermes’ chief executive Jean-Louis Dumas designed one for her to use

Items from Karl Lagerfeld’s time at Chanel were of particular interest after the celebrated designer died in February aged 85 after 36 years at the fashion house.

While a 2010 shiny amethyst alligator bag made more than double its asking price and sold for £18,750.

Rachel Koffsky, from Christie’s, told the Guardian: ‘As awareness grows regarding the variety of pieces on the secondary market, as well as the breadth of price points, the benefits of collecting at auction become apparent. This is coupled with the awareness of sustainability.’