Cyclone Yaas has made landfall on India’s east coast with gusts of nearly 100mph, tidal waves and heavy rain leaving many areas flooded.

More than 1.1 million people have been evacuated from areas in the storm’s path as India continues to deal with a devastating surge in new cases of COVID-19.

The cyclone had already left two people dead as it pounded the Odisha and West Bengal states before making landfall on Wednesday. 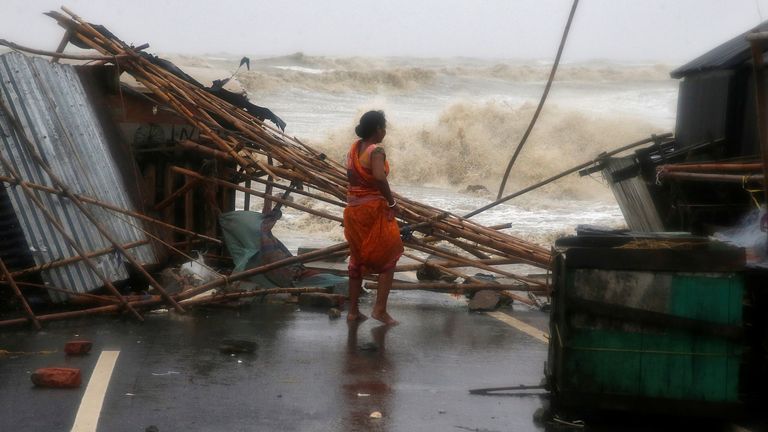 The India Meteorological Department said the “very severe cyclonic storm” has sustained winds of up to 87mph that are gusting up to 97mph.

“The landfall process of the storm has started, centred nearly 50 kilometres (31 miles) southeast of Balasore in Odisha state,” it added.

Many homes and buildings have been damaged, with people evacuated to shelters being urged by officials to wear double masks and to maintain social distancing.

More than 6.5ins of rain has fallen in Chandabali and Paradip regions of Odisha state since Tuesday with tidal waves of up to 13ft forecast to flood some low-lying areas, the meteorological department said.

The National Disaster Response Force has set up 149 teams for evacuation and rescue operations, with close to a hundred of them deployed across the eastern coast.

The federal agency has directed its rescue teams to ensure major medical oxygen generation plants based in Odisha and West Bengal remain operational. 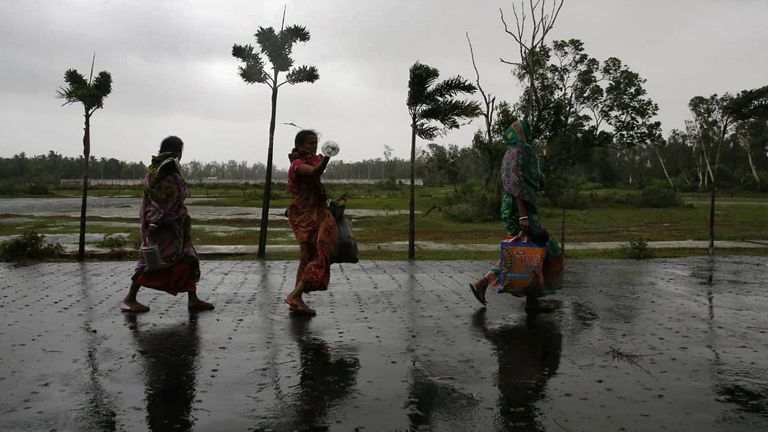 The Indian Navy has also been put on high alert with four warships and a number of aircraft ready to offer assistance.

Kolkata, the largest city on the eastern coast of India, is on the outer band of the cyclone and will see heavy spells of rain and gusts of up to 56mph.

Dozens of train services had been cancelled from Monday with carriages being chained to the track in an effort to minimise the damage caused by the strong winds.

Exactly a year ago, almost 100 people died after Super Cyclone Amphan, the most powerful storm to hit eastern India in more than a decade, caused widespread damage across Odisha, West Bengal and Bangladesh.