DAILY MAIL COMMENT: A contemptible failure to crack the unions

DAILY MAIL COMMENT: A contemptible failure to crack the unions

Be under no illusion. Blame for what is arguably Britain’s worst outbreak of industrial disobedience since the 1926 General Strike lies squarely with the belligerently antediluvian unions.

Their leaders, the commissars of the hard Left (many of whom earn more than £100,000 a year), are on the march again.

With barely disguised relish, they are conspiring to paralyse the UK with a wave of damaging coordinated strikes unless the Government caves in to their outrageously unaffordable pay demands. 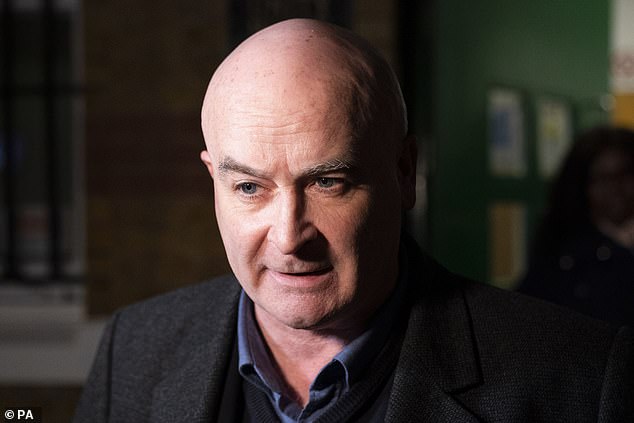 What hope can there be of persuading the likes of RMT leader Mick Lynch to enter the real world?

Isn’t Christmas supposed to be the season of goodwill? Not for cynical union barons. For them, it is a chance to hold a metaphorical gun to the country’s head in a bid to achieve their selfish ends.

The strikes will deal our economic recovery a catastrophic blow, putting countless businesses and jobs in jeopardy.

But what hope can there be of persuading the likes of RMT leader Mick Lynch to enter the real world when they’ve so frequently been indulged by politicians?

For 12 years, Tory governments have pledged to take on these wreckers. And for 12 years they have failed to act (David Cameron even disgracefully watered down strike-busting legislation in return for the unions supporting Remain).

So while the Mail welcomes Rishi Sunak’s promise to bring in tough laws to tackle misery-inducing walkouts, he must excuse us for not holding our breath.

For the despairing public, it’s hard to know which is more contemptible: the hard-Left unions who care nothing about wrecking Christmas, the Labour Party which cynically pockets their millions – or the Tory Government which appears to lack the stomach to stand up to them.

A question of rights

It hardly needed Sherlock Holmes to deduce that Albanians crossing the Channel in dinghies were economic migrants. Still, it’s helpful to hear Albania’s ambassador to the UK admit it.

But this still leaves us with the thorny problem of how to stop illegal immigrants abusing human rights laws to remain here.

However, if ditching such a weighty, time-consuming piece of constitutional legislation means ministers can have a laser-like focus on successfully tackling the small-boats scandal, right-thinking voters won’t complain.

While the Government vacillates over taming the unions, it has shown commendable spine to approve a new coal mine in Cumbria. This is a sensible decision.

The colliery will provide coking coal for Britain’s steel industry, create some 2,500 jobs in an area desperate for an economic boost, and raise huge tax revenues.

The green lobby has, predictably, erupted in fury. But how would the campaigners prefer we meet our domestic needs?

The alternative – transporting coal halfway around the world in emission-belching freighters – is infinitely worse.