DAILY MAIL COMMENT: Picking the pockets of the middle classes

DAILY MAIL COMMENT: Picking the pockets of the middle classes

When the 40p tax band was introduced in 1988, it was intended to affect only the top 5 per cent of earners.

But after years of threshold freezes, it has morphed from a tax on the well-off into a blunt fiscal instrument for the Treasury to thump middle-income households.

In that first year, the 40p rate was levied on just 1.35million people. 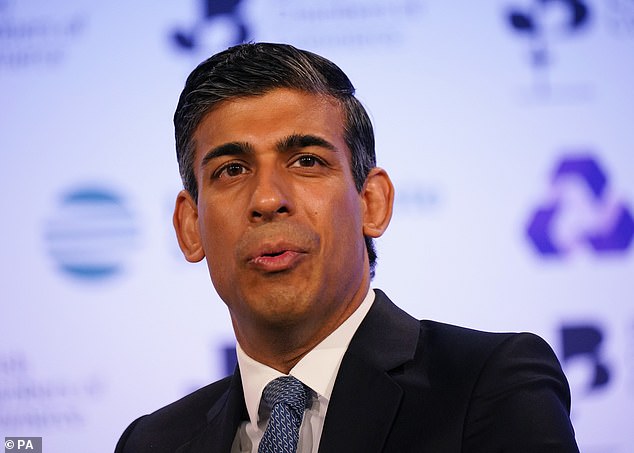 Rishi Sunak claims to be a low-tax Chancellor. Yet he is stealthily picking the pockets of bedrock Tory voters

By the end of 2022, a staggering 6.1million will be paying it. By 2024, it will be seven million – NHS staff, teachers, police officers and tradesmen among them.

And this is under a Tory government!

Rishi Sunak claims to be a low-tax Chancellor. Yet he is stealthily picking the pockets of bedrock Tory voters – while simultaneously hitting them with a stinging national insurance rise.

In this cost of living crunch, struggling families can’t get by on his promises of jam tomorrow. They need concerted action to ease their burden now.

That means cutting taxes, raising thresholds, and allowing people to keep more of their own money.

Forthcoming corporation tax hikes should also be shelved, to give business a chance to recover from its Covid travails.

This Government is at a crossroads. If it reverts to basic Tory principles, it can still overcome its difficulties and go on to win the next election.

If it just keeps muddling along and hoping the economy will heal itself, a long period of opposition beckons.

The bank of wokery

Is it the role of high-street banks to become combatants in the culture wars? The Halifax certainly seems to think so.

As part of a half-baked ‘inclusivity’ initiative, it is providing badges for staff showing their preferred pronouns – such as he/him, she/her or they/them.

The stated aim is to avoid ‘accidental misgendering’. And if clients don’t like it, a spokesman says, they are welcome to take their business elsewhere.

The bank claims it’s trying to ‘open the conversation around gender identity’. In fact, it only wants to converse if you agree with its ‘values’. If not, you can shove off.

Hardly a great example of inclusivity – or indeed customer service.

It’s actually the kind of passive-aggressive bullying that has become synonymous with extreme identity politics. We expect it from trans activists. But from a bank?

Who wants to have a conversation about gender fluidity when all they’re trying to do is pay in a cheque or arrange a mortgage?

And what about staff who don’t want their personal pronoun to be a matter of public debate? Will they feel comfortable refusing a badge? Will they be required to go through inclusivity training?

One thing is certain, if the Halifax keeps patronising its customers in this insulting way, it won’t need to encourage them to go elsewhere. They’ll be leaving voluntarily – in their droves.

A study by respected think-tank Civitas suggests that an extra six million people would smoke cannabis if it were legalised.

It also says 500,000 children are already users, and far from backing decriminalisation, six in ten parents want tougher police action against the drug – with seven in ten supporting stop-and-search tactics.

Meanwhile, a separate London university report shows the risk of teenagers becoming addicted to the drug is three times greater than for adults.

The weight of this and other evidence is simply overwhelming. Cannabis is a highly dangerous drug that ruins young lives.

And for all the absurd posturing of London Mayor Sadiq Khan and his fellow advocates for a law change, legalisation would make a bad situation infinitely worse.