Home surveillance video shows the moment a 4-year-old Texas boy was snatched from his bed over the weekend and helped reveal the identity of the 18-year-old man who is now suspected of kidnapping,  brutally stabbing the child and leaving his lifeless body out in the street.

The footage from a baby monitoring system, exclusively obtained by the DailyMail.com, shows Darriynn Brown, allegedly breaking into a Dallas home and taking Cash Gernon in the early Saturday morning hours. Gernon had been asleep near his twin brother when he was kidnapped.

The night-vision footage shows Brown – dressed in a hoodie and wearing a backpack — creeping around and hoovering near the child’s bed while he slept. As Brown lifted the Gernon’s blanket – the child appears to awaken – as Brown whisks him out of the room.

Gernon’s body was found about an hour and 45 minutes later with multiple wounds lying in a pool of blood on a street about a half-mile from the home. A jogger found the body in a residential neighborhood. Authorities said he was stabbed with an “edged weapon.”

Brown has not offered an explanation for why he allegedly took the boy.

Brown remained in jail Tuesday with bail set at $1.5 million. According to the Dallas Morning News, he faces charges of kidnapping and burglary and police said they anticipate additional charges after a forensic analysis is completed.

The Daily Mail also reported Brown was seen in a second video clip returning to the boys’ room later that morning – around 7 a.m. – about two hours after his initial entry. Brown is seen hovering over Gernon’s twin brother but eventually leaves without harming the child.

Seconds later, the twin awakens and appears to search for his missing brother before walking out of the camera’s view.

Monica Sherrod, 39, the girlfriend of the father of the twins, was taking care of the boys. Their father has been absent from the home since March. Sherrod identified Brown as the person in the footage. According to KDFW, the Fox-owned TV station in Dallas, Brown had been seen in the neighborhood in the days leading up to the crime.

“We were all asleep when it happened. Cash usually wakes me up but he didn’t wake me [that day],” she told the Daily Mail. “When I got up, I noticed he was gone. I called 911. I didn’t even know somebody had taken him.” 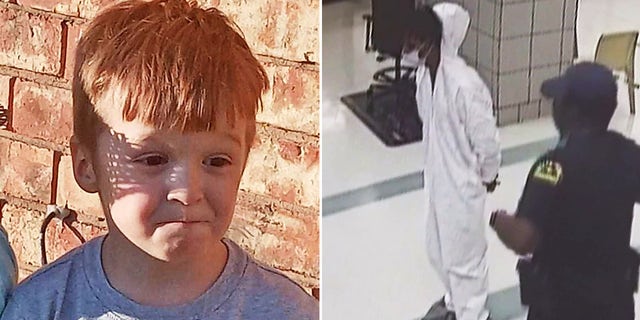 “I thought he might have gone outside,” she added. “That was until I watched my surveillance camera, which showed someone taking him out.”

Fox News has reached out to Sherrod but has not heard back.

The jogger who found the boy’s lifeless body, Antwainese Square, 39, told the DailyMail she initially thought she stumbled upon the body of a dog.

“I turned into the street and thought I saw a dog lying there. We have a lot of loose dogs around here,” she said. “I called my mom, because the only thing I could see at first was the hair. I said, ‘Mom, it’s weird, it’s not moving.'”

She then called 911 and was asked by a dispatcher to check for signs of life.

“They asked me to walk right up to the body in case the little boy was still alive. And if he was, for me to try to save his life,” she said. “I saw ants crawling all over his bare feet and he had blood over his face. He had no shoes, no socks, no shirt, none of that.”

“He was only wearing a pair of bottoms, shorts. I just keep remembering those ants at the bottom of that baby’s feet,” she continued. 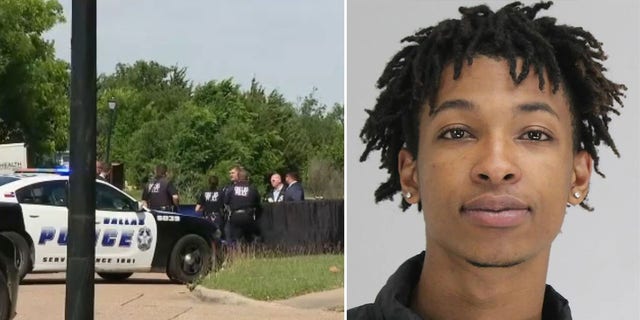 Darriynn Brown, 18, was charged with kidnapping and theft, the Dallas Police Department said.

Dallas police said that Gernon’s biological mom did not know he and his twin brother were in the care of their father’s girlfriend and that the mother had been searching for her sons. Police said she has been reunited with her surviving twin son.

Brown was arrested on April 27 on a misdemeanor charge of evading arrest in a case that’s still pending. According to court documents for that charge, he lives with his parents a half-mile from where the boy’s body was found.