Home » World News » Daredevil Brit climber, 19, strips NAKED while swinging off a 660ft crane above Benidorm without a rope

Daredevil Brit climber, 19, strips NAKED while swinging off a 660ft crane above Benidorm without a rope

THIS IS the moment a daring British free-climber dangles from the top of a 660 foot high crane – completely NAKED. 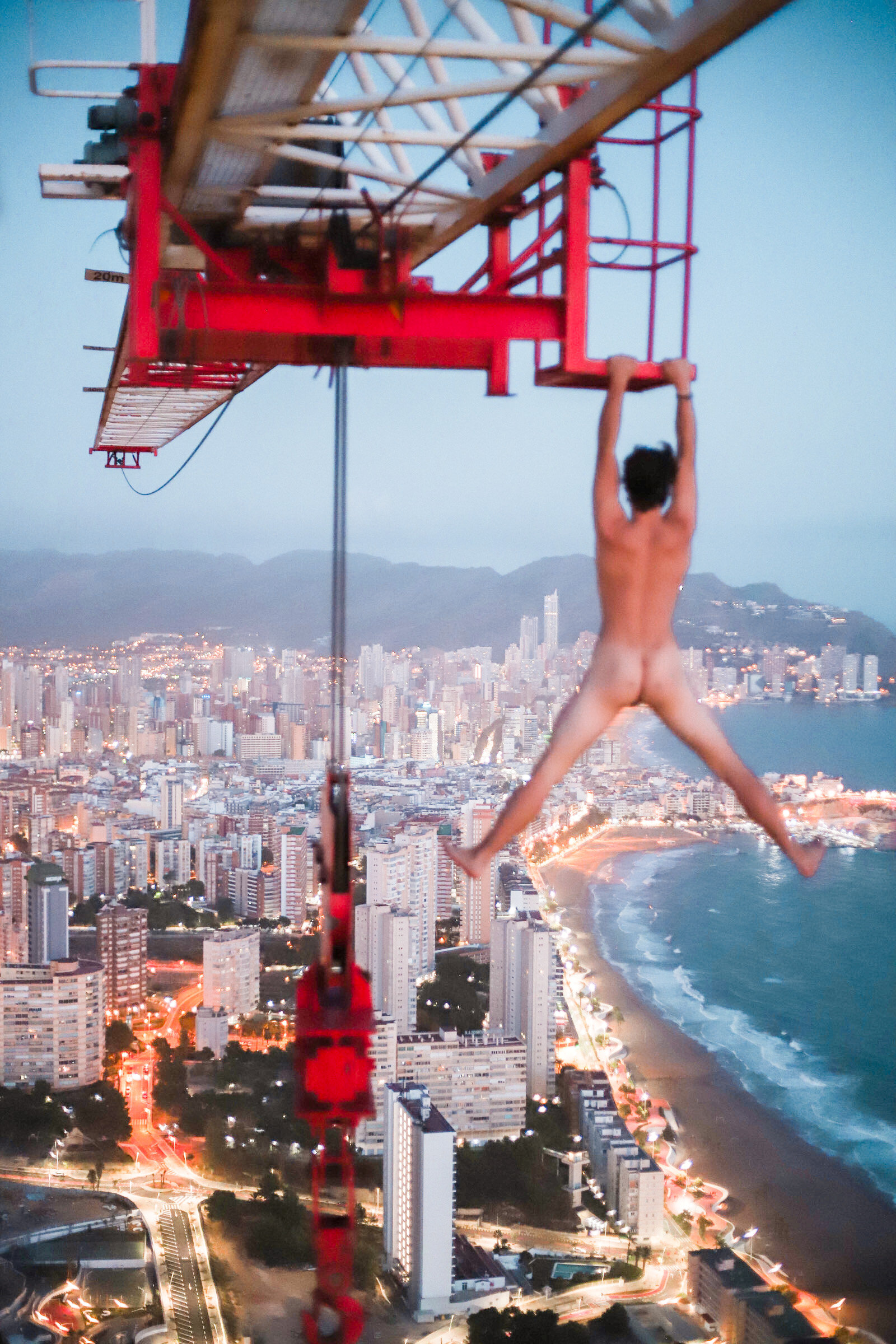 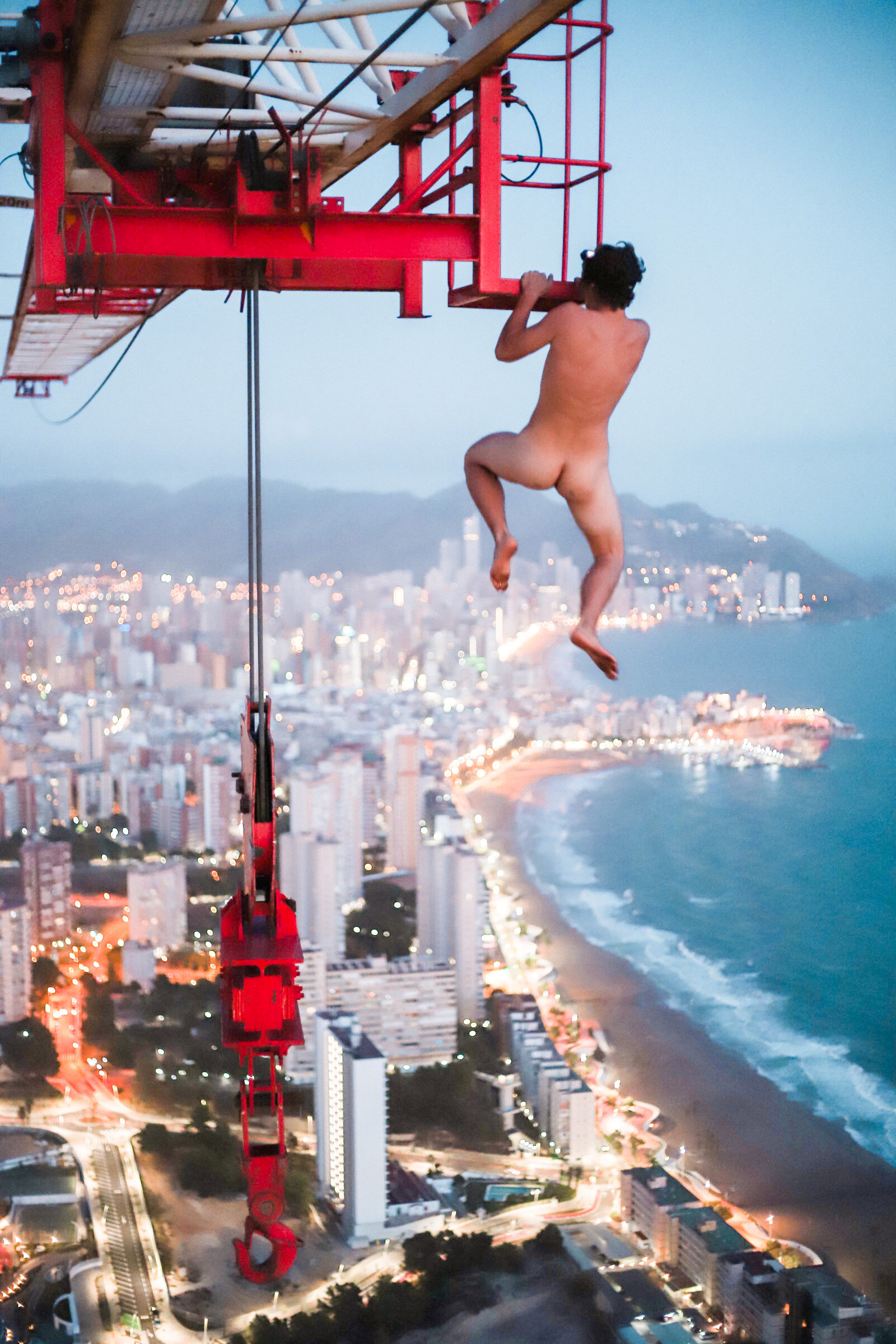 He removed his climbing trousers and shoes and hung from the 200 metre crane's arm with both hands in a death-defying stunt.

For the daredevil climber from Manchester, it was the latest in a series of jaw-dropping climbs he has achieved, but the first he has completed by hanging naked.

Thankfully the weather was hot

He said: "I've done a couple of naked climbs before but this is the first time that I have hung naked.

"It's a bit of a challenge and unique. I thought why not.

"Thankfully the weather was hot which helped."

The fearless teenager has completed a number of dizzying climbs and dangled from a balcony 600 feet high on the Madison Building in London's Canary Wharf.

He also climbed up the side of the Plomin power station in Croatia, which is Europe’s fourth tallest power plant at 1,115ft, before stopping to do a few chin-ups.

The teen was given a two-year suspended jail term earlier this year for breaching orders banning him from scaling buildings and cranes in Manchester and then posting videos online. 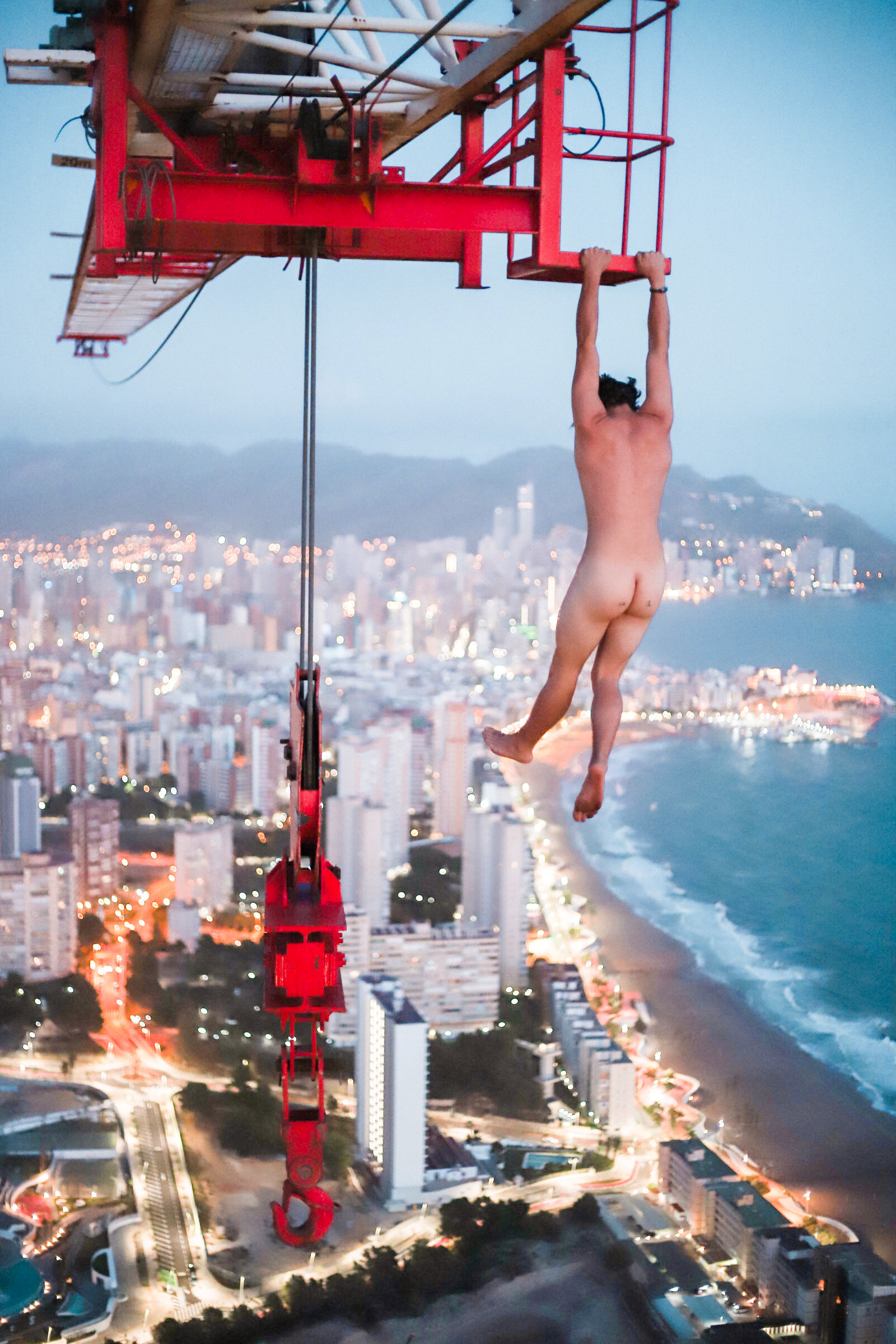 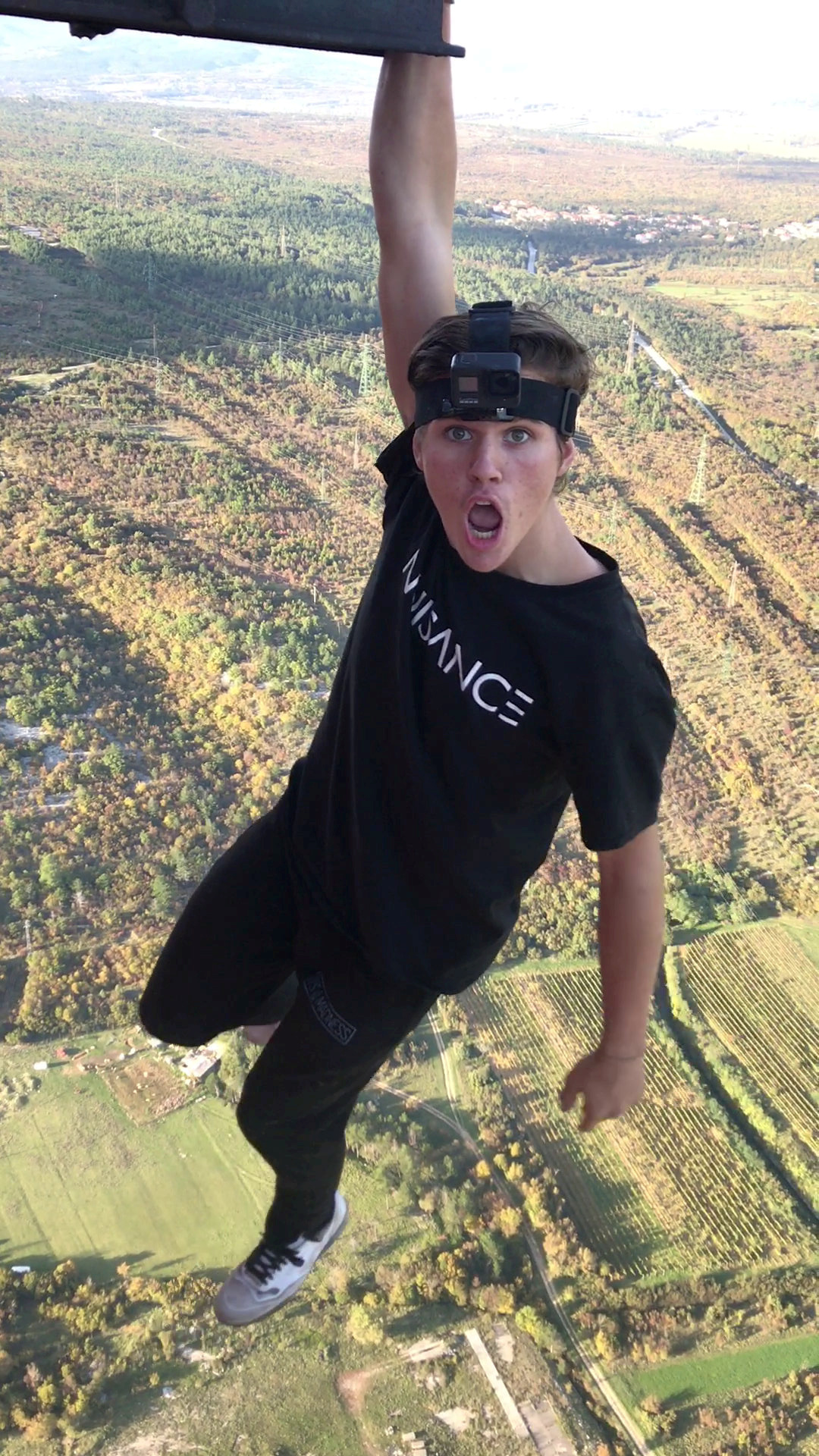