MEXICO CITY (Reuters) – Feminist activists and family members of the missing ramped up a protest at the main offices of Mexico’s human rights commission on Monday, after occupying the building last week to draw attention to kidnapped persons and attacks targeting women. 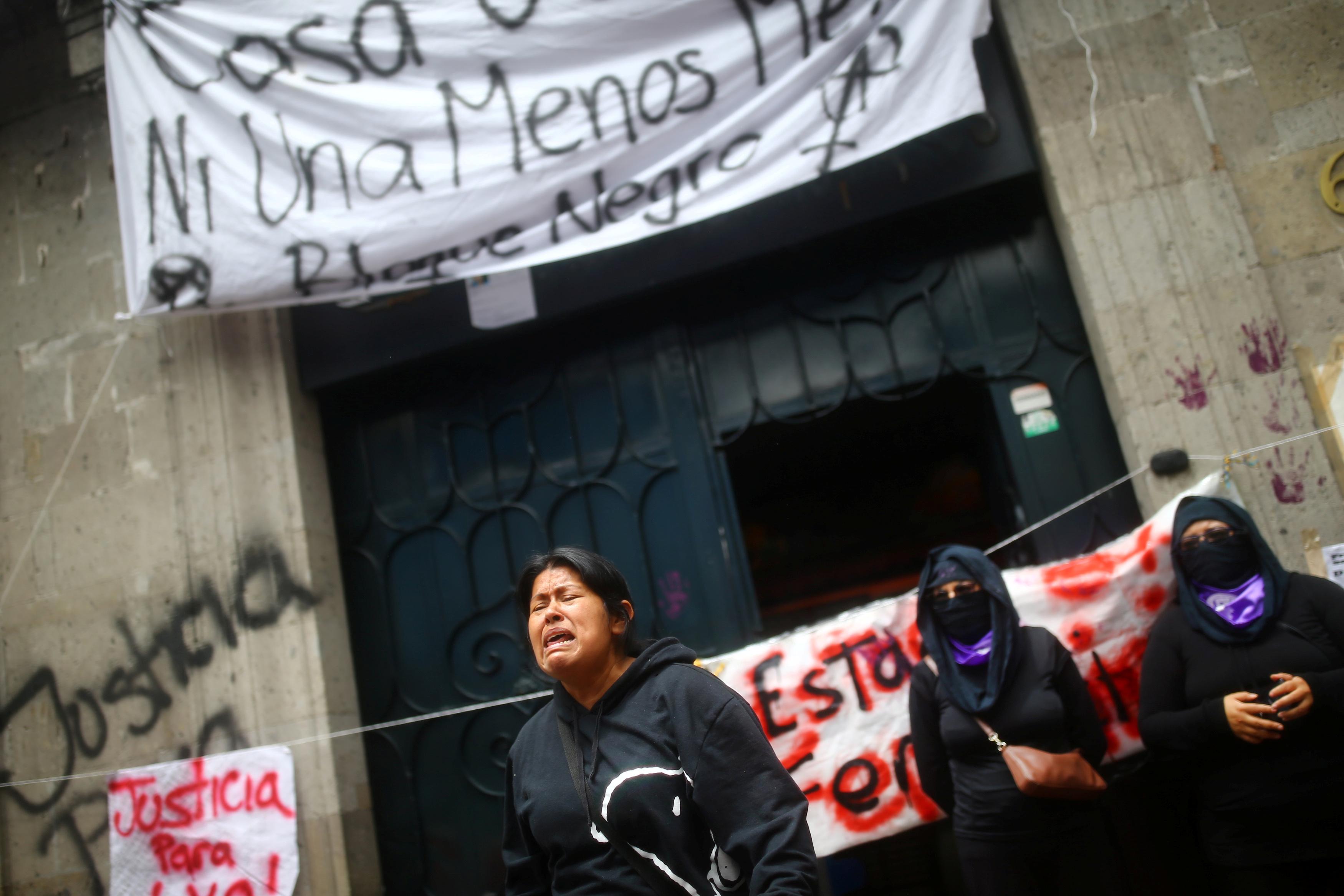 The activists, mostly masked women, defaced office signs with hammers, pinned up banners and painted slogans on walls late last week, angry with what they decry as insufficient government action to root out the crimes, most of which go either uninvestigated or unsolved by the country’s weak justice system.

Their anger intensified on Monday after leftist President Andres Manuel Lopez Obrador chided the activists earlier in the day for defacing images of Francisco Madero, an assassinated former president revered by many as a hero of the country’s 1910-1920 revolution.

“Those who damage the image of Madero, or don’t know his history, are doing so unconsciously, or are themselves conservative,” Lopez Obrador told reporters at his regular morning news conference, stressing that he sympathizes with the activists but opposes vandalism.

In response, the protesters daubed paint on portraits of more historic figures.

Standing in front of one of the painted-over portraits, one feminist activist denounced Lopez Obrador for what she described as his misplaced sense of outrage.

“How can you get outraged about this picture, but not about how my own daughter was abused?” she shouted, banging her hand against the canvas, in a video broadcast by Mexican media outlet Animal Politico.

Since last week, the head of the government’s human rights agency has been forced to work out of different offices due to the protests.

More than 70,000 people have been reported missing in Mexico since the country’s military was deployed in 2006 to confront organized crime. Most are believed to have been kidnapped by armed criminal groups.

Meanwhile, murders of women because of their gender, categorized as femicides, have risen more than 5% during the first half of this year from the same period last year.