Devastated family of student, 21, killed by sharks while swimming in Bahamas beg for help to bring body home as sister pays heartbreaking tribute

THE grief-stricken family of a US student torn apart by Bahamas sharks have begged for help to bring her body home.

Tragic Jordan Lindsey, 21, from California, was snorkelling with Rose Island's swimming pigs when she was cornered by the trio of tiger sharks. 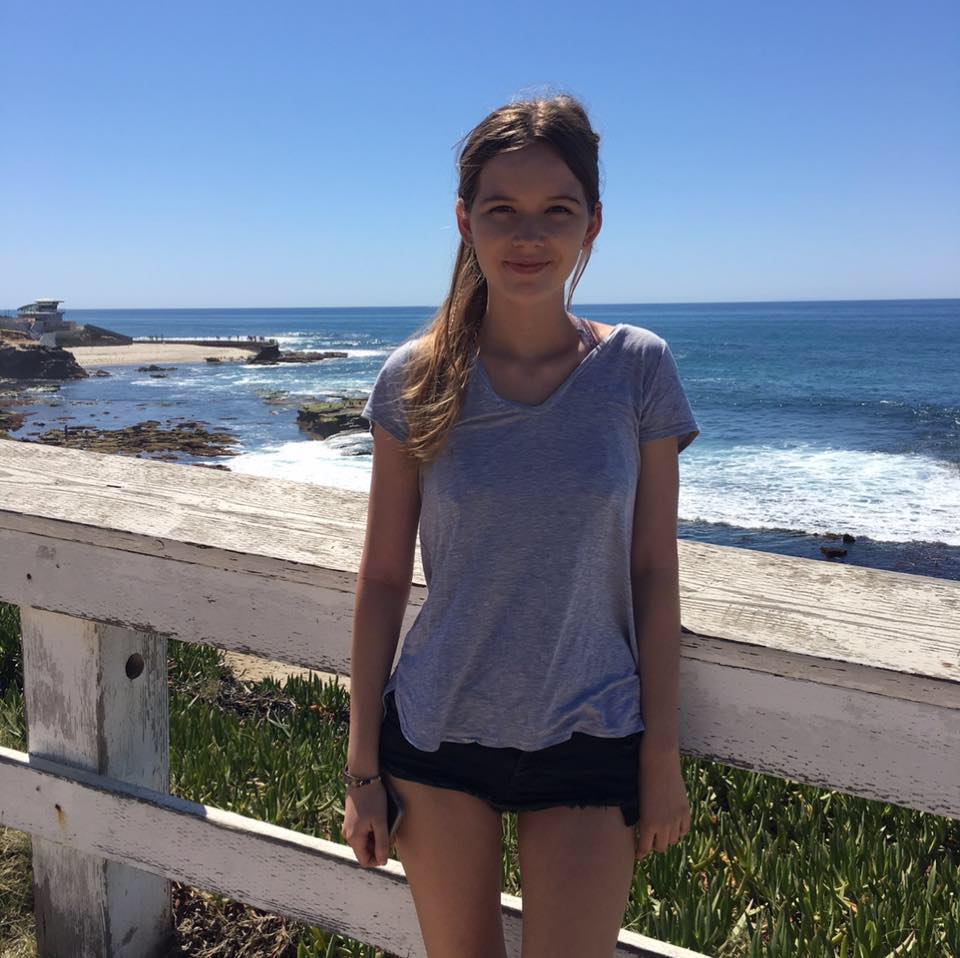 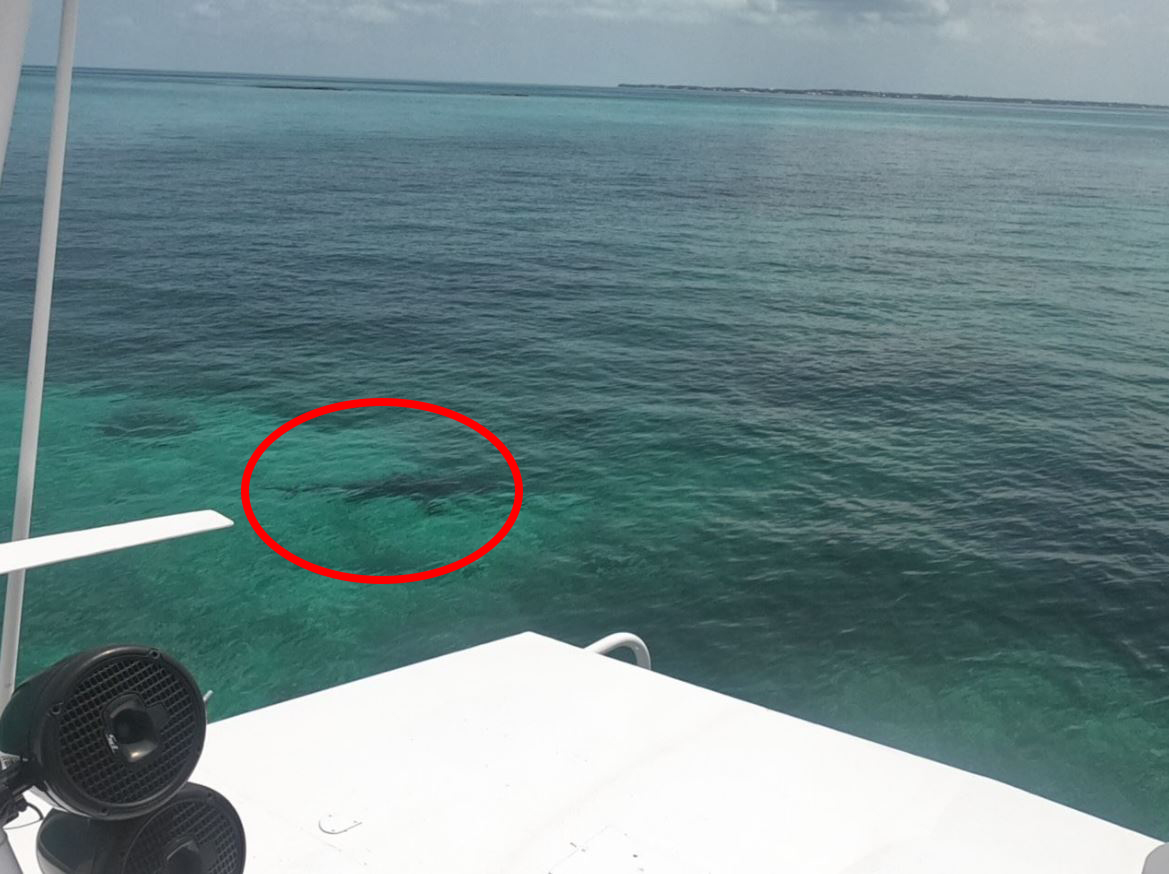 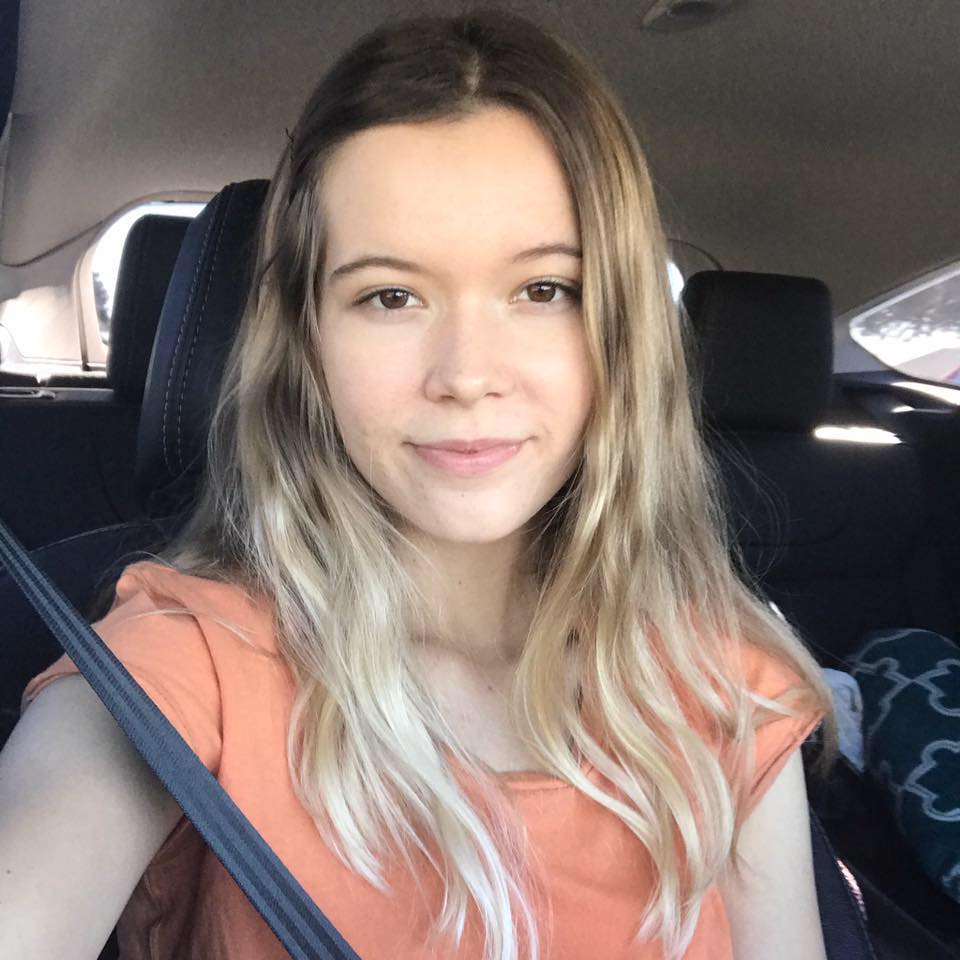 A GoFundMe page to bring her body back to America has already raised over £7,000.

It reads: "Jordan Lindsey was a beloved daughter, sister, girlfriend, and friend.

"On June 26, 2019 Jordan was tragically killed from a shark attack in the Bahamas.

"Jordan had the most beautiful, gentle soul and she will be missed deeply."

Her remains will now be flown from the Nassau hospital to her home in Torrance, California – if her family can stump up the cash.

The page continued: "Jordan’s body needs to be transported from the Bahamas back to her home of California, which is very expensive.

"This gofundme is being set up to help Jordan’s family pay for any travel and funeral expenses for Jordan’s body. 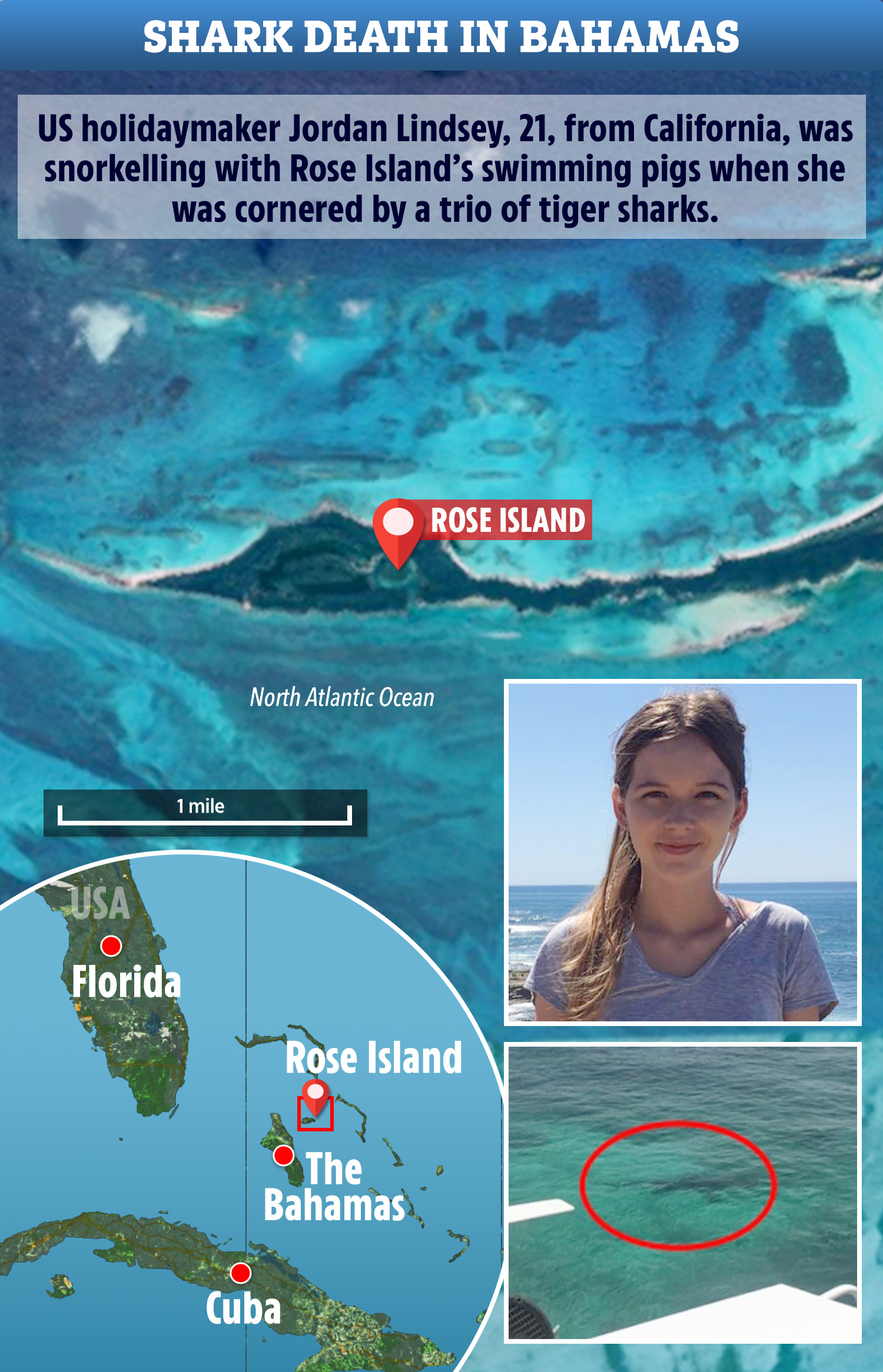 "Any amount helps and part of the money raised will be going to the Gentle Barn in California, because Jordan loved the Gentle Barn and would have wanted them to have help too. Thank you.

Dad Michael watched on in horror as the fearsome tiger sharks tore off her right arm before taking chunks out of each leg.

He wept: "We already miss her so much. She was so caring. She loved all animals. It's ironic she would die getting attacked by a shark."

The attack is thought to be the first shark-related fatality in the Bahamas for over 10 years.

Eyewitness Jace Holton, 32, was on the same boat as Jordan – and even took a photo of the shark after the attack.

She told MailOnline: "About 45 minutes after [the attack] we snorkelled in that exact spot is when people ran on to our side saying a girl had been bitten by a shark and it look pretty severe.

Tiger sharks are considered the world's most dangerous shark after the great white and second only in recorded fatal attacks on humans.

They have their name because of their dark stripes down its body – mimicking a tiger's pattern.

They can grow to be more than 16 feet in length – but typically reach 13 feet.

Their teeth are unique with very sharp, pronounced serrations and an unmistakable sideways-pointing tip.

They live in tropical and temperate waters.

The predator is considered a near-threatened species.

"On my side of the island we didn’t see any. But everyone got out of the water and we were pretty scared.

A State Department spokesperson said: "We can confirm a U.S. citizen in the Bahamas succumbed to her injuries following a shark attack on June 26."

Wayne Rooney and wife Coleen enjoyed a trip to see the piggies in 2015.

And Tamara Ecclestone and her kids were seen enjoying a break on the beach with the swimming ovines in 2017.

Kourtney Kardashian has also made the trip to the Bahamas to enjoy the water with the pigs. 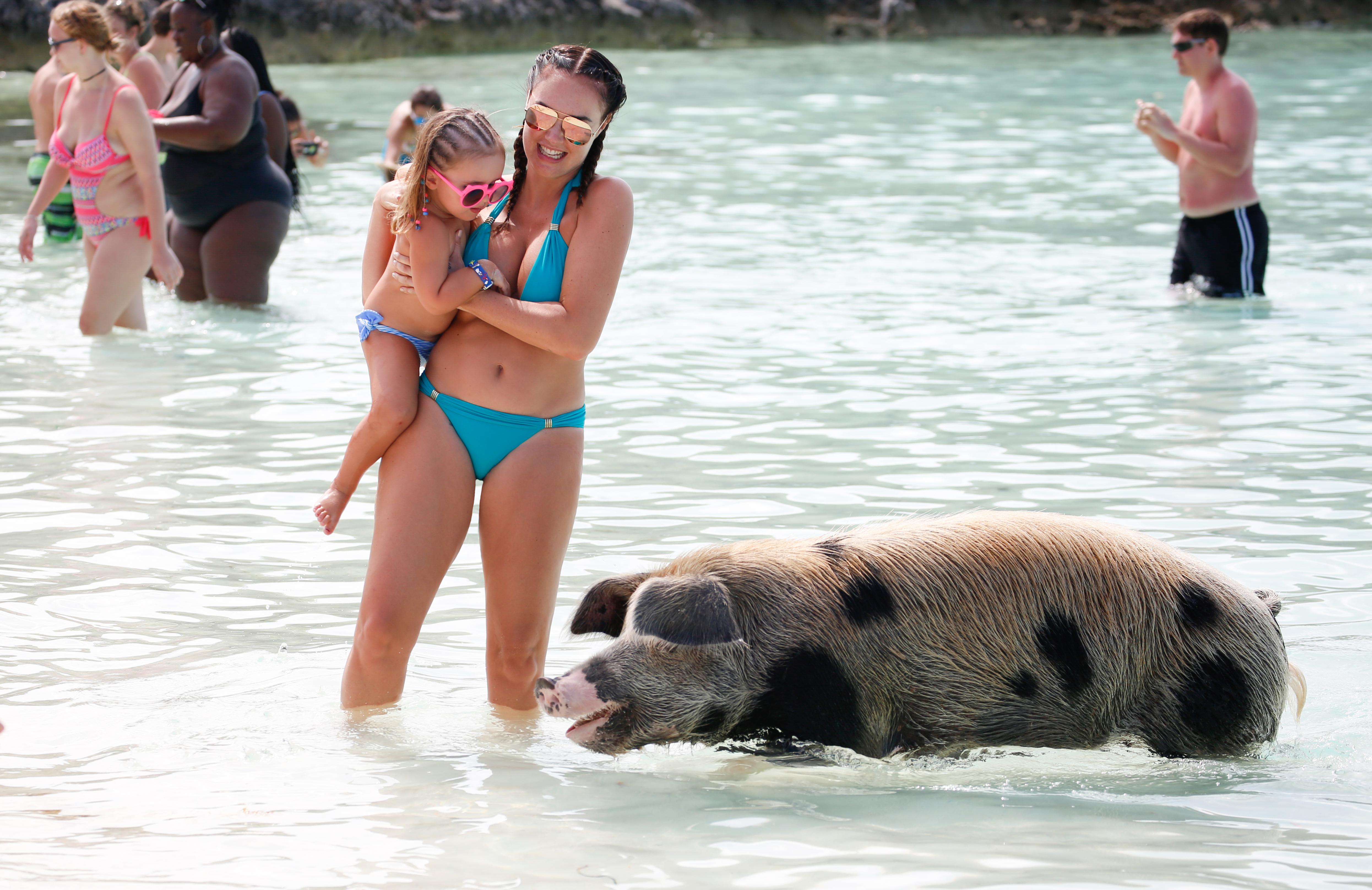 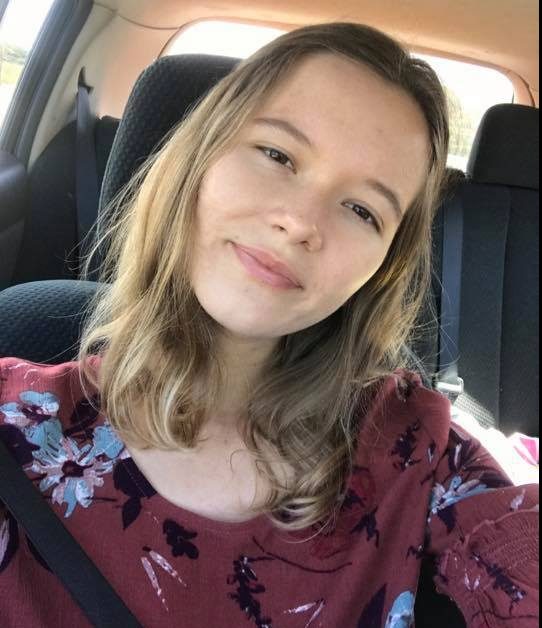 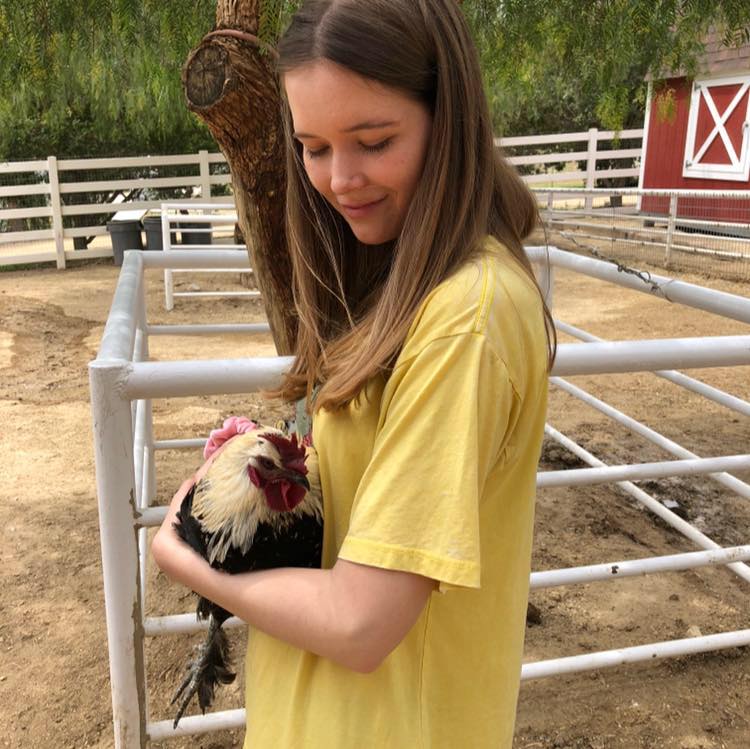 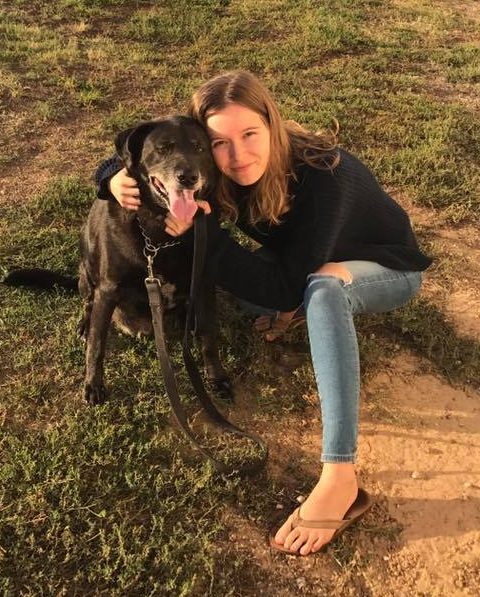 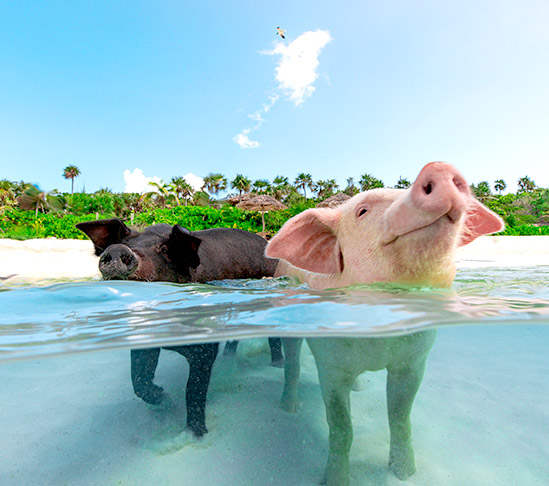 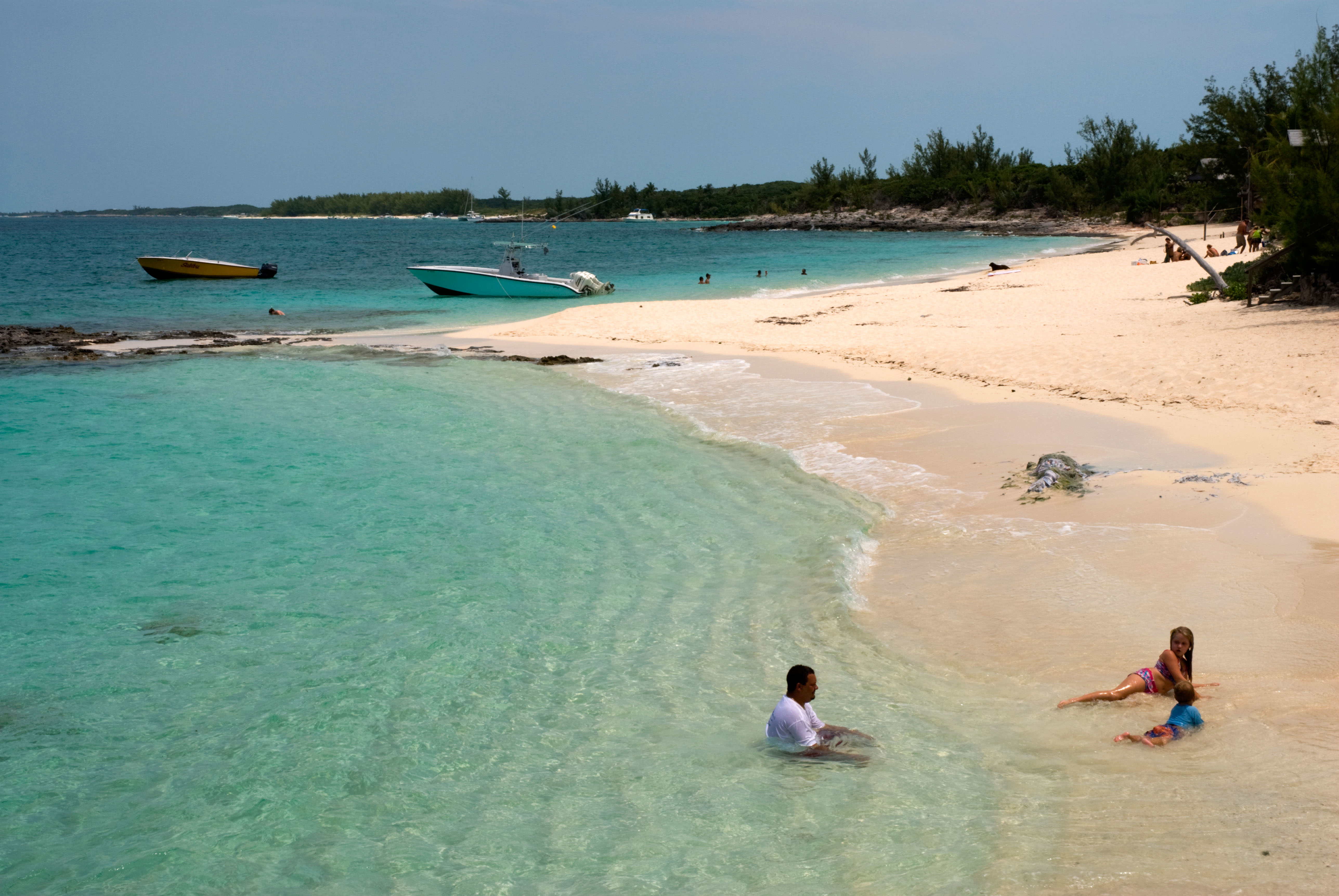