‘Devious predator’, 31, is jailed for seven years for spiking reveller’s drink with cocaine in a nightclub, sexually assaulting her when she was unconscious and using her thumbprint to raid her bank account

A predator has been jailed for more than seven years after admitting he spiked a woman’s drink with cocaine, sexually assaulted her and emptied her bank account.

Sean Howarth, 31, was sentenced to seven years and two months in prison at Minshull Street Crown Court in Manchester on Friday after spiking, sexually assaulting and then raiding his victim’s bank account.

His sentence comes amid new calls for women’s safety as female campaigners this week revealed a boycott of nightclubs across the country amid an ‘epidemic’ of spiking incidents.

Howarth met his 19-year-old victim when she was with friends in a nightclub in Manchester city centre in February 2019 and spiked her drink with cocaine.

When she became unwell, he lured her away to the Royal Toby Hotel in Rochdale, telling night porters the woman was his sister who needed to sleep off after having too much alcohol.

Howarth carried his unconscious victim down the hallway, which was caught on CCTV, and into his room. Once inside he recorded himself pulling down her clothing and sexually assaulting her.

He then used her thumbprint to access her phone and transfer the money from her bank into his, as well as photographing all of her personal details. 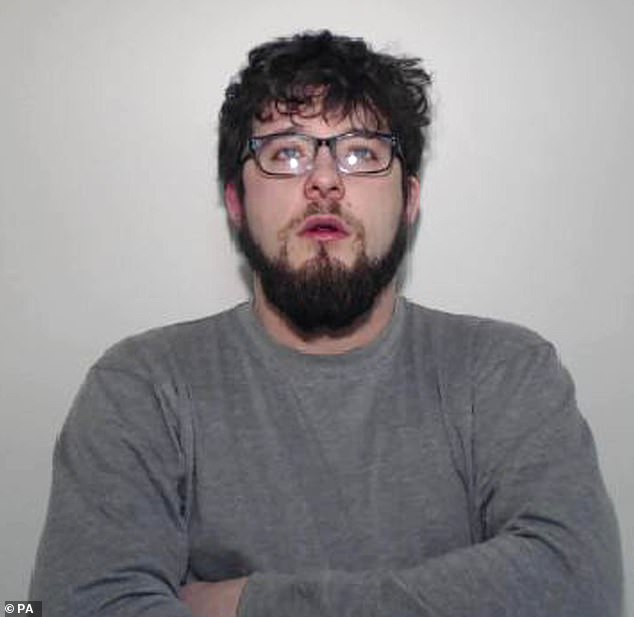 Sean Howarth, 31, was sentenced to seven years and two months in prison at Minshull Street Crown Court, Manchester after spiking, sexually assaulting and then raiding his victim’s bank account 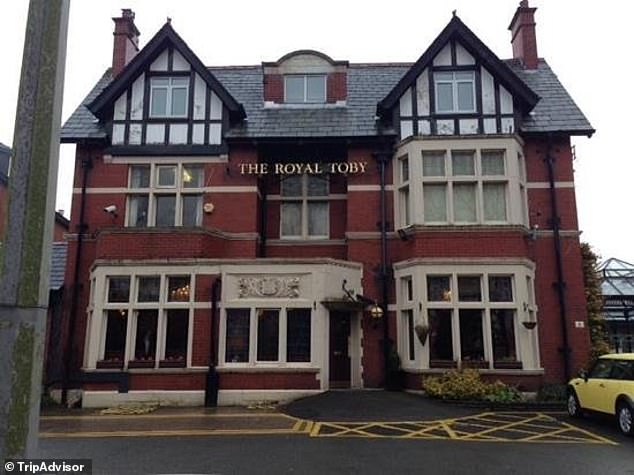 When his victim became unwell, he lured her away to the Royal Toby Hotel in Rochdale, telling night porters the woman was his sister who needed to sleep off after having too much alcohol

Detective Constable Russell Clarke said: ‘The circumstances of this case are truly shocking and involved the premeditated violation of a young woman.

‘Howarth gave her no consideration as he exploited her in order to satisfy his own sexual and financial greed.

‘He went out that night and, at some stage, decided he was going to drug, lure away and sexually abuse this young woman who was simply enjoying a night out with friends.

‘If that wasn’t enough, he then further exploited her by stealing her money, phone and personal information.

‘The impact that this has had on her is immeasurable and my thoughts are with her as she continues to come to terms with what happened. She has shown considerable courage in the face of everybody’s worst nightmare.’

This week, a string of young women have come forward to reveal their experiences of being spiked in nightclubs across Britain, as figures showed almost a fifth of female revellers have reported having their drinks tampered with.

Police forces across the country have said there has been a surge in the numbers of both drink and spiking reports over the past two months.

Nationwide protests are set to take place throughout the week, with more than 30 universities taking part in the boycott of nightclubs as part of the ‘Girls’ Big Night In’.

And a petition that calls on bouncers to more ‘thoroughly’ search punters upon their arrival has been signed by more than 130,000 people demanding an end to the ‘epidemic’ of spiking.

DC Clarke said Howarth failed to take responsibility for his ‘predatory behaviour’ and changed his story a number of times before pleading guilty on the day his trial was due to start.

After initially denying the charges, Howarth later admitted to administering a substance with intent to commit a sexual offence, sexual assault, offering to supply a class A drug, theft and fraud.

Mr Clarke added: ‘Howarth will now have the necessary time to consider what he has done.

‘We have seen in recent weeks the impact drink-spiking has on victims – we will investigate all reports thoroughly.

‘I hope this conviction will act as a warning to all others capable of such crimes that we will do everything within our power to bring them to justice.’

Hundreds of drink and injection spiking incidents have been reported to police forces across the UK over the past two months.

The National Police Chiefs’ Council (NPCC) revealed there have been around 140 confirmed reports across September and October of drink spiking, and 24 reports of some form of injection.

It said the ‘concerning number’ included both men and women – though the majority of cases featured young women.

The NPCC said several reports have been identified in England, Scotland and Wales in the past couple of days.

The organisation’s lead for drugs, Deputy Chief Constable Jason Harwin, said: ‘There are both male and female victims, though the majority have been young women. Alleged offences have taken place at licensed premises and private parties.’

He added: ‘Clearly these reports are very concerning. We are working at pace with forces, law enforcement agencies such as the NCA and other partners including the Home Office and universities to understand the scale of offending, establish any links between the allegations and ultimately bring any identified offenders to justice.

‘Ahead of the weekend, and looking further to the Halloween weekend, please be assured that forces are working closer than ever before with pubs and clubs to help tackle the issue and encouraging premises to increase searches at entry points to the venues.

‘Police are also working with venues to make sure all staff are alert to the issue and to advise them of what to do if they see signs of spiking.

‘We would encourage anyone who believes they have been a victim or witness to spiking, in any form, to contact their local police force. Any reports of spiking will be investigated and taken seriously.’

It comes as two men have been arrested on suspicion of conspiring to administer poison in connection with a spate of reported drink-spiking incidents involving needles in Nottingham.

Nottinghamshire Police said the men, aged 18 and 19, were arrested after receiving information from a member of the public on Wednesday, following a general appeal for help from a senior officer.

The force said both had been arrested ‘on suspicion of conspiracy to administer poison with intent to injure, annoy or aggrieve’, and they remain in police custody.

The arrests are not being linked to any specific allegation of spiking by a needle, or contamination of a drink.

Elsewhere, Lincolnshire Police said it had arrested a 35-year-old man at 3am on Friday in connection with an attempted drink-spiking at a nightclub in Lincoln.

The suspected offence ‘doesn’t involve a needle’, the force said.

Welcoming the arrest, Lincolnshire’s police and crime commissioner Marc Jones said: ‘We cannot accept people being unsafe when they go out with friends for a drink.

‘This arrest should send a huge signal to those would-be criminals who look to prey on our community in this despicable way.’