Home » World News » Disabled dad, 60, feels like a 'prisoner' after builders 'walked out with £20K leaving home like a bombsite'

Disabled dad, 60, feels like a 'prisoner' after builders 'walked out with £20K leaving home like a bombsite'

A DISABLED dad has been left feeling like a "prisoner" after builders allegedly "walked out with £20,000" leaving his home looking like a "bombsite."

Steve Jones, 60, was given a £30,000 disabled grant in December 2019to convert an empty "workshop" attached to his garage into an annexe in Manea, Cambridgeshire. 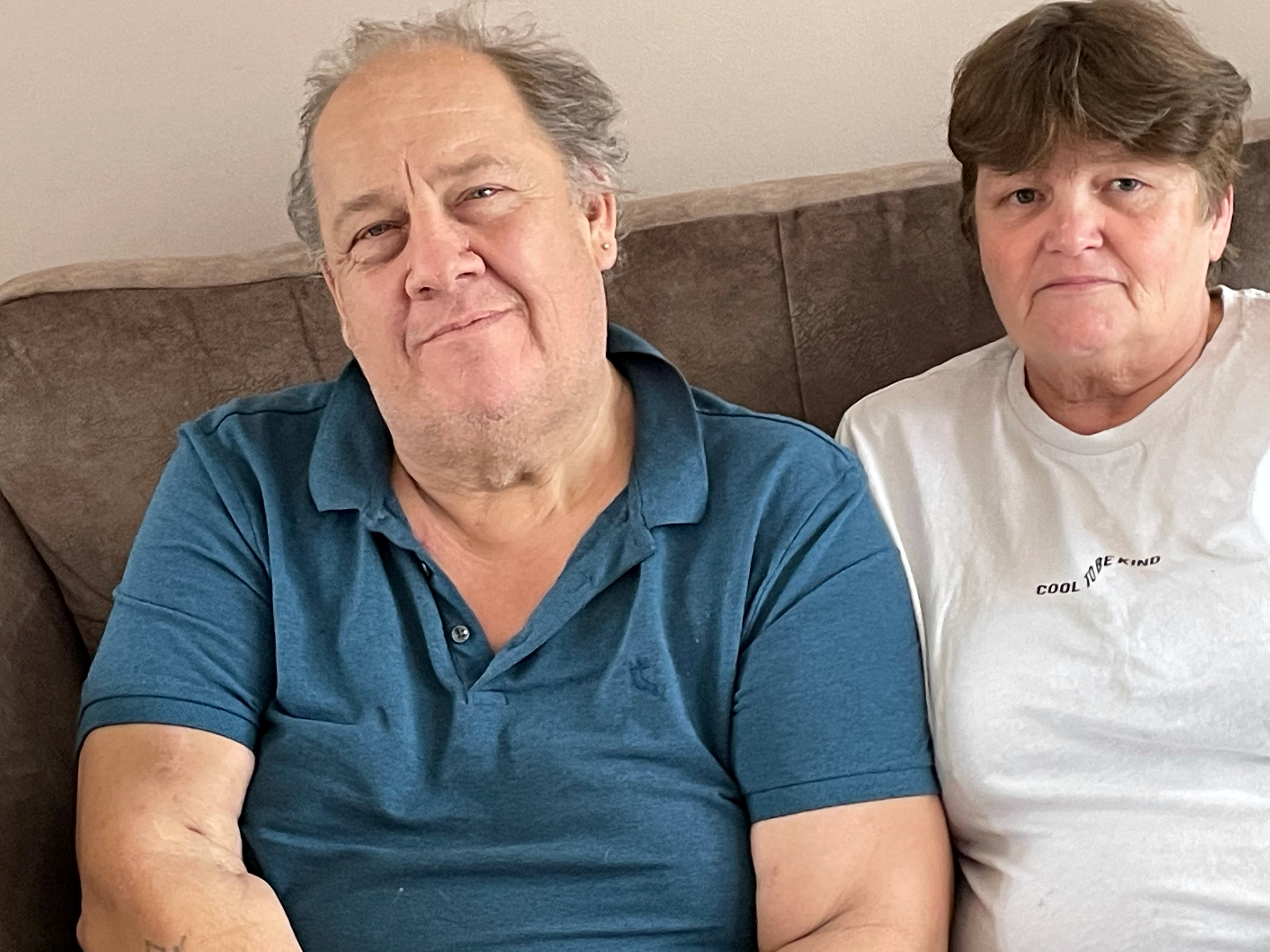 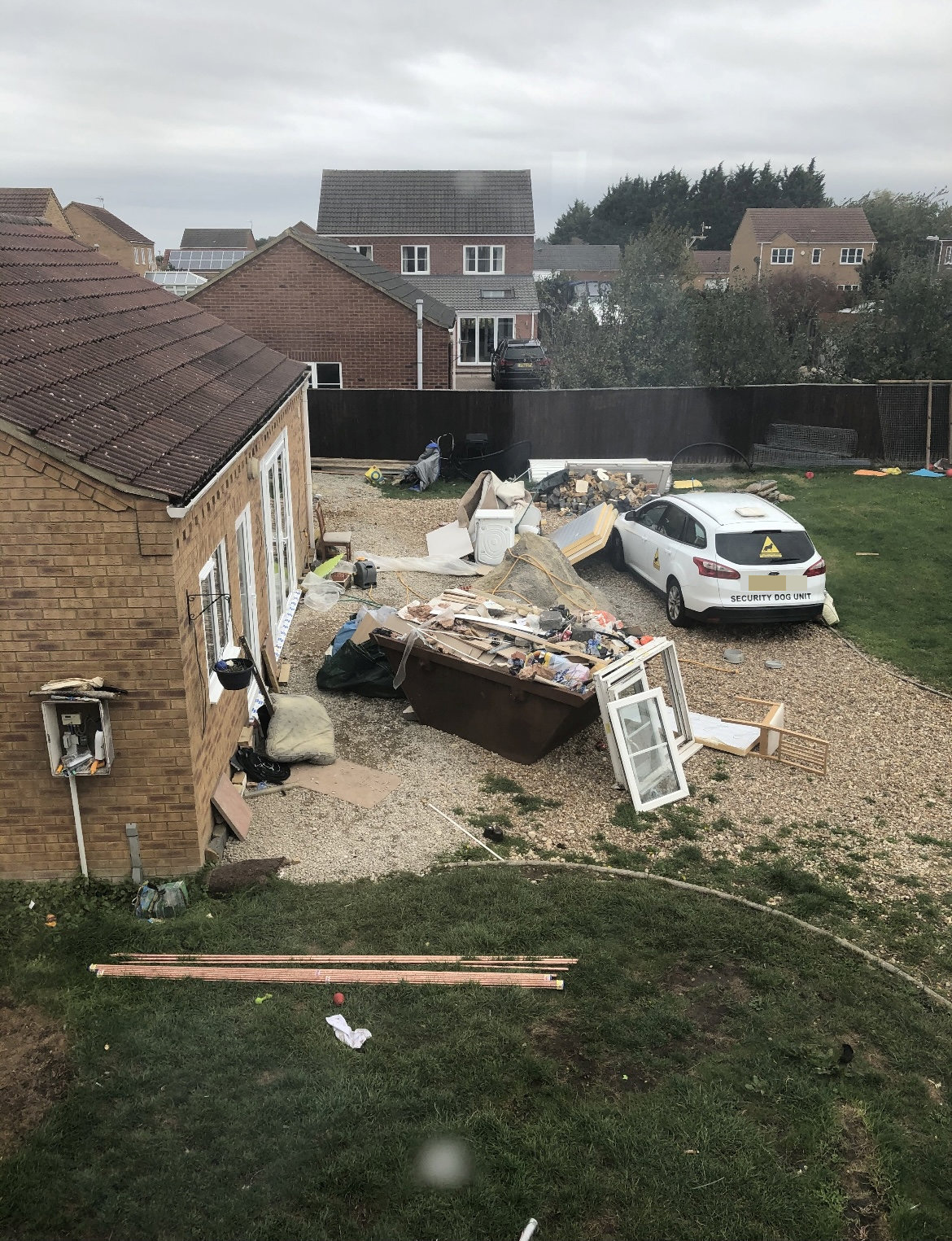 The building work would have allowed Steve, who suffers from stage 4 kidney failure, to have dialysis at home, rather than having to make a 48-mile round trip to hospital three times a week for the treatment.

But his wife Karen, 56, says the couple were left "gobsmacked" after builders walked off site – leaving their garden "unsafe" to even walk into, and the annexe "unliveable".

And Karen claims her husband has been left feeling like a "prisoner" – as he is being forced to sleep on a hospital bed in their dining room.

The couple are also involved in a dispute with Fenland District Council and with the builders who were supposed to carry out the work.

They say the builders walked off the site without finishing the job after having been paid £20,000.

But the company says it was not paid enough money to complete all the works required – and that it had done a considerable amount of work for free.

Gran-of-six Karen also said they feel let down by Fenland District Council – who, they claim, have given them "no support" since they won the disability grant. 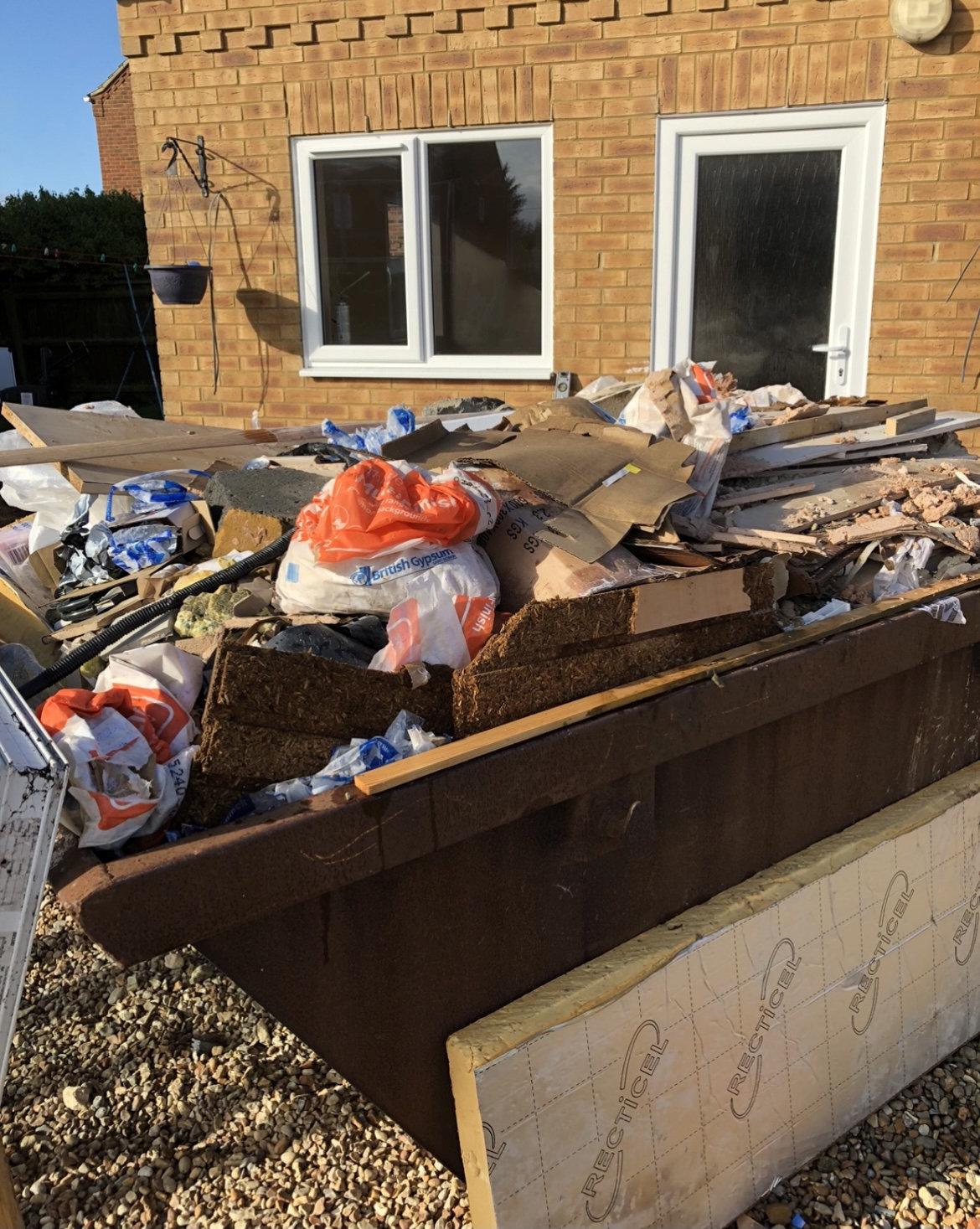 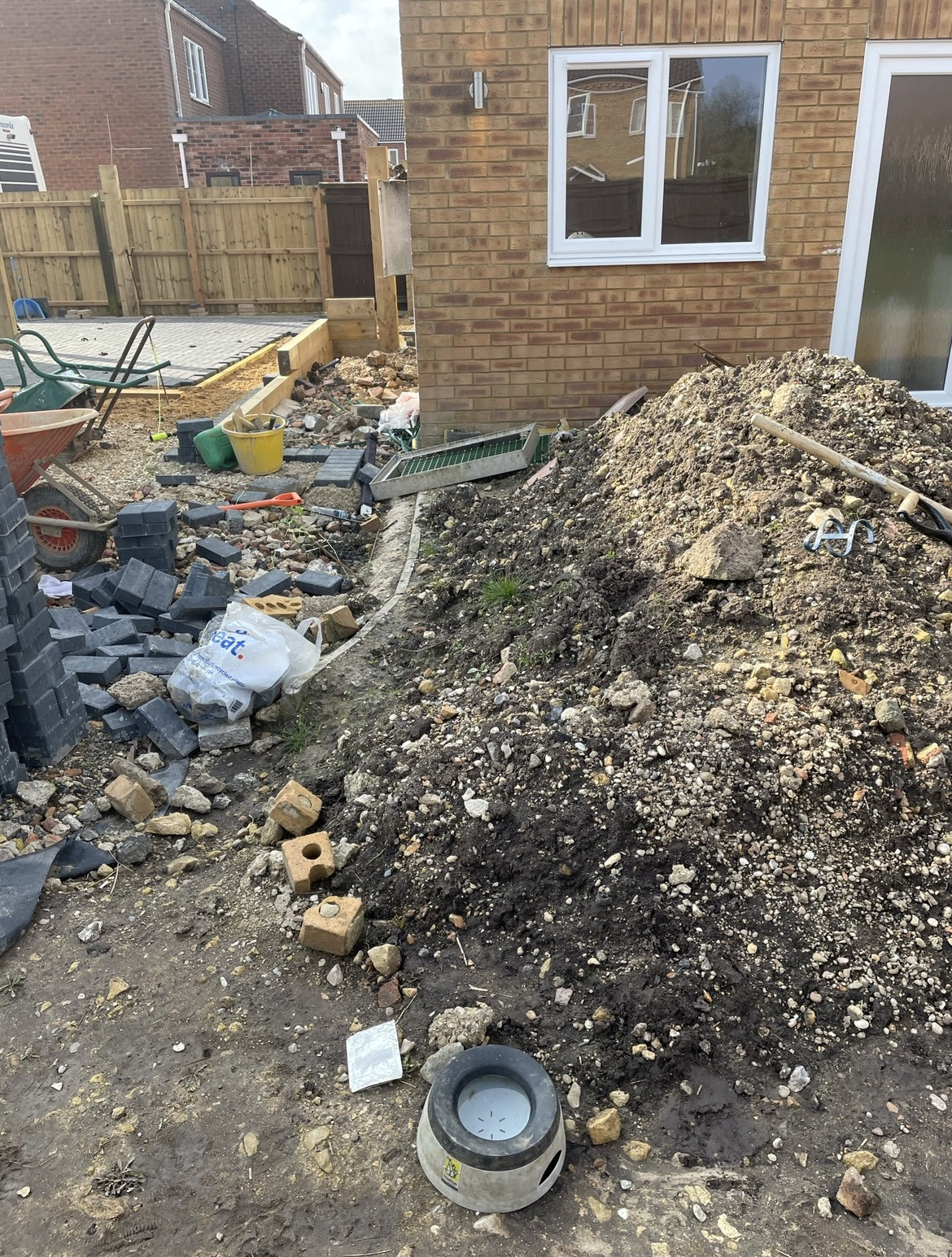 Karen said: "We have been given no support whatsoever, apart from the council throwing the money into our bank account.

"We know of someone else who lives up the road whose son was given a similar grant, and they were supported all the way through by the council.

"But we were just told that it was up to us, and that the council don't get involved. They said it was our money to do what we want with.

"I just think it's so unfair, the way we have been treated. It feels like we're being discriminated against for Steve's disability."

Karen added that the conversion has been left in an "unliveable" state – and that it is "dangerous" for them to go out in their garden, because of the mess the builders left behind.

The couple also have two of their children living at home with them, and have full-time care of three of their grandchildren – meaning there are eight people crammed into the four-bedroom, detached home.

She said: "Steve feels like a prisoner. This work was so important to him and to all of us.

"At the moment he's having to spend half a day in hospital, three times a week, to have five hours of dialysis each time – which leaves him feeling really dizzy for the rest of the day. 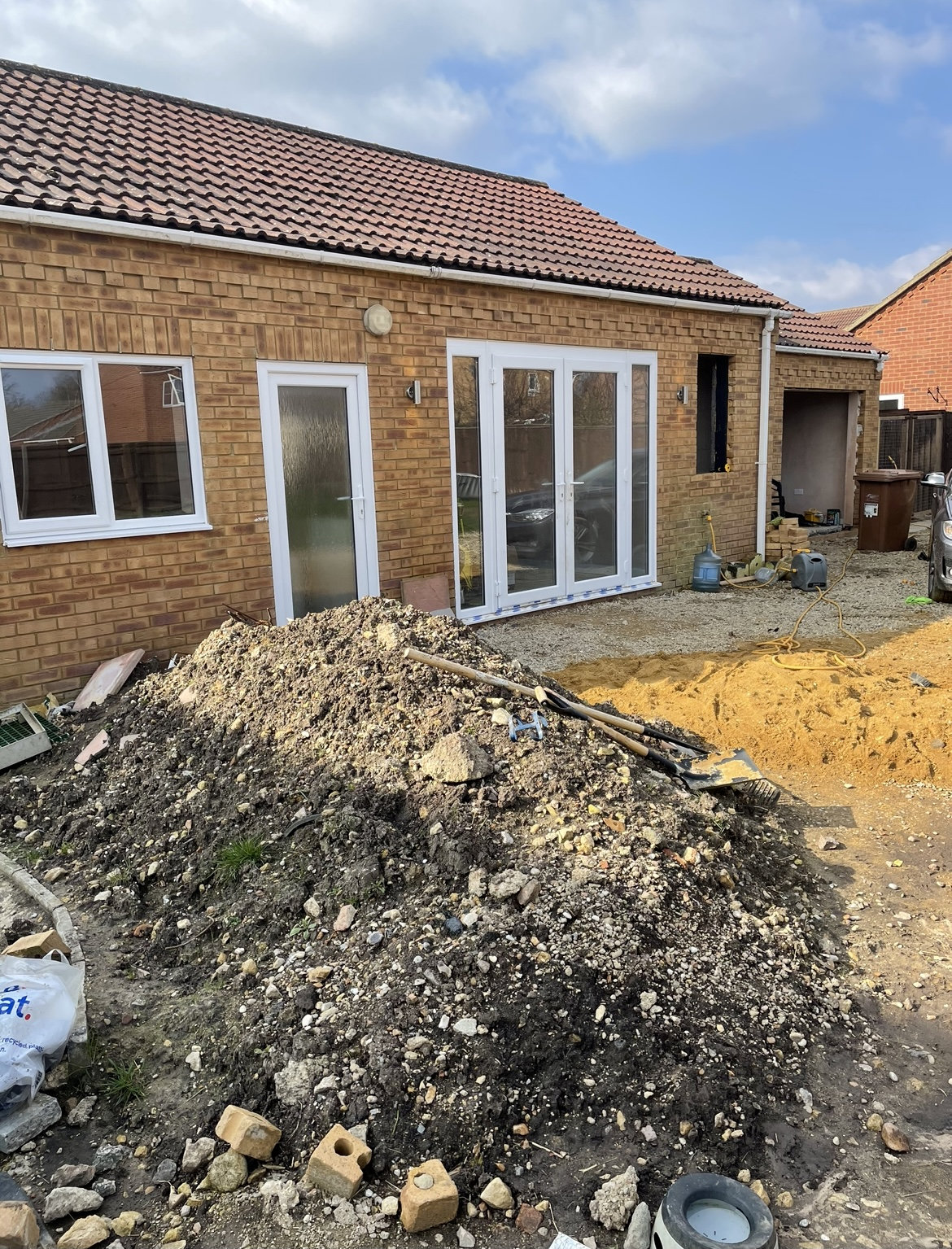 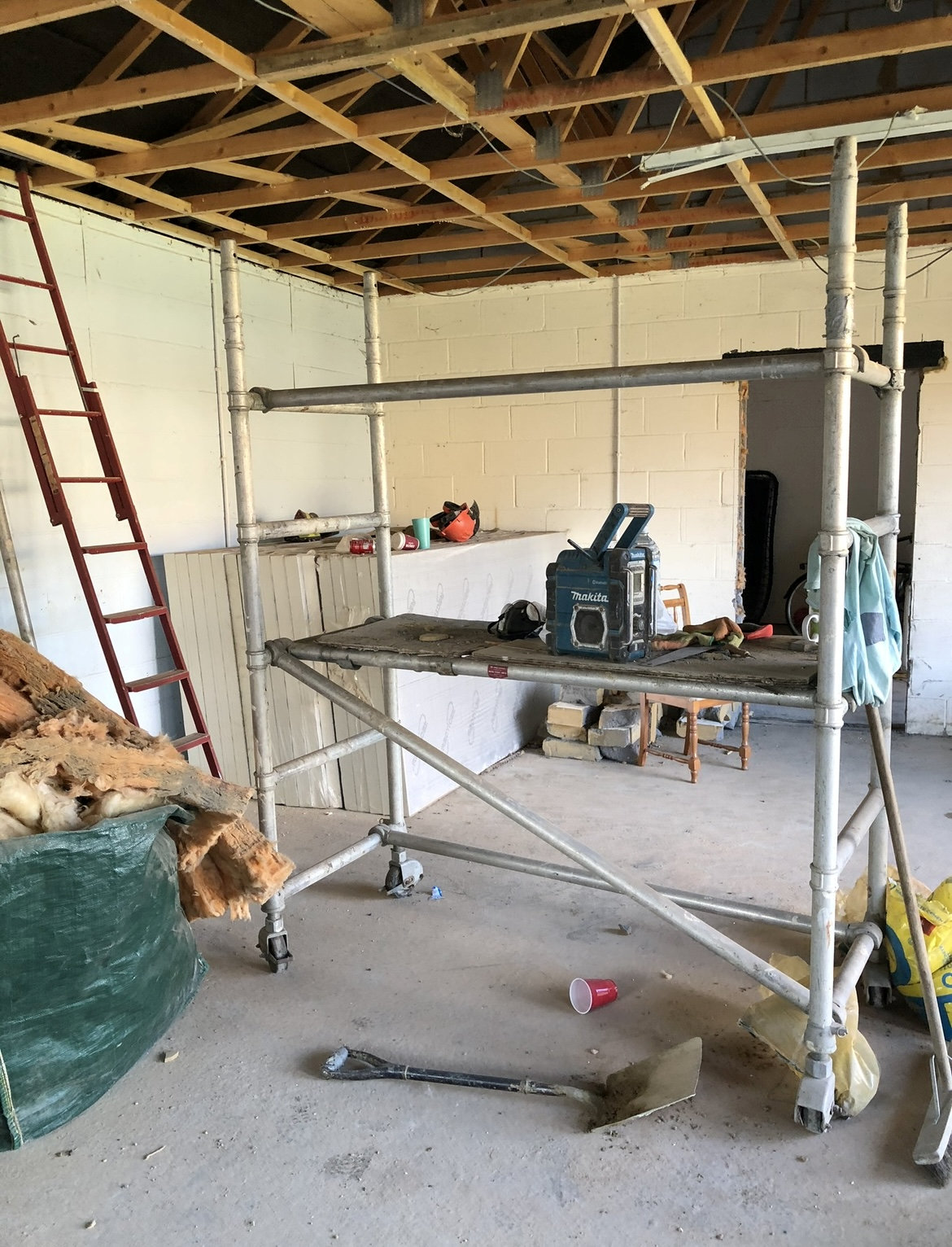 "He only gets to shower maybe twice a week, because he can't get upstairs in our house.

"This annexe would have given him his own space where he could shower whenever he wanted in the planned wetroom, and he could have dialysis each evening while watching TV.

"But as it is, the annexe is unliveable. We can't even go out onto our patio."

The couple say they found the builders through the website Check-A-Trade, and therefore thought the company was a "safe" option to go with.

"The grant is supposed to get paid in three stages, so we gave Tennants £10k for the first-stage payment, and they got to work on August 8 last year."

She said: "The private sector housing manager from the council got in touch with us and said the builders wanted their second-stage payment.

"So we gave them another 10k – but we were getting a bit agitated about where the money was going, as we went out to check on things and they hadn't even started anything yet.

"Then one day, I saw that he started packing things away into his van in the middle of the day.

"We were gobsmacked. We couldn't have given him any more money at that time, as the grant payments take two weeks to process." 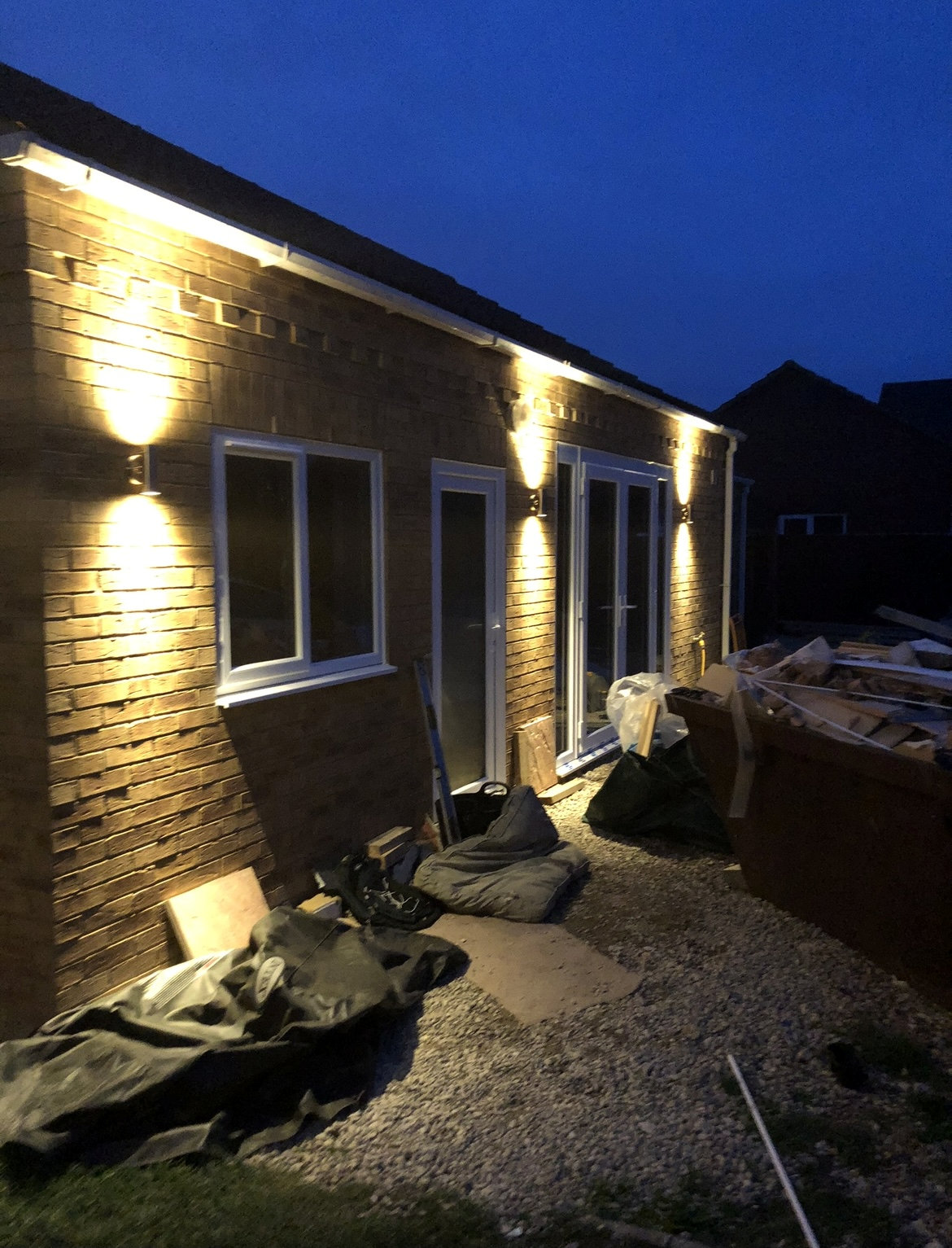 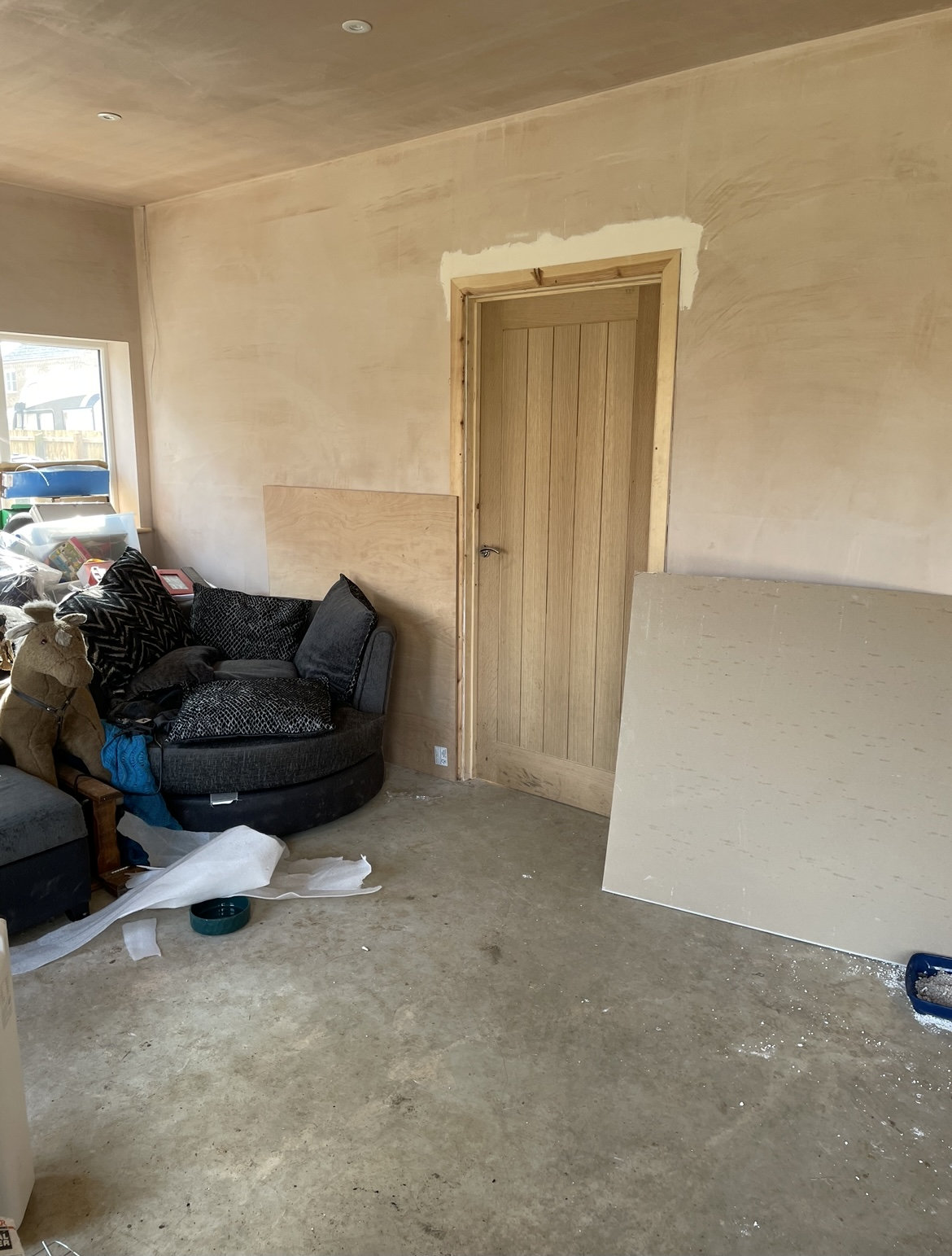 Karen and Steve have since found an alternate building company to complete the work.

But Karen said: "So far, they've been doing little bits of work off their own backs, like tidying up the patio – which has been left unsafe for us to even walk on."

But the building company claims a very different version of events.

A spokesperson for the building company said: "I worked for the family for several weeks for free until I ran out of money and had to stop working there.

"I have been damaged by that family and have ended up with serious anxiety and stress – and I don't want to talk about it anymore."

And a Fenland District Council spokesperson said: "It would not be appropriate to comment on the individual circumstances of any household in relation to the awarding of a Disabled Facilities Grant (DFG), due to UK GDPR legislation.

"However, we can confirm that DFGs to help towards the costs of making changes to homes so that people can continue to live there are administered locally by Fenland District Council.

"This is in accordance with the countywide Cambridgeshire Housing Adaptions and Repairs Policy.

"If applicants decide to manage the process themselves, the Council will require two written estimates before deciding on the cost of the works eligible for grant.

"Grant applicants are required to obtain these estimates from reputable builders or installation companies.

"They themselves must determine if the contractors they ask to provide estimates are professional tradespeople, competent and capable of doing the specified works.

"Grants are to be paid only when the Council is satisfied that the works have been completed in accordance with the grant approval.

"It is the grant applicant's responsibility to ensure that their building works meet the required standard.

"Grants can only be paid on provision of an acceptable invoice, demand or receipt of payment for the works to ensure the Council can demonstrate that appropriate steps have been taken to protect taxpayers' money."