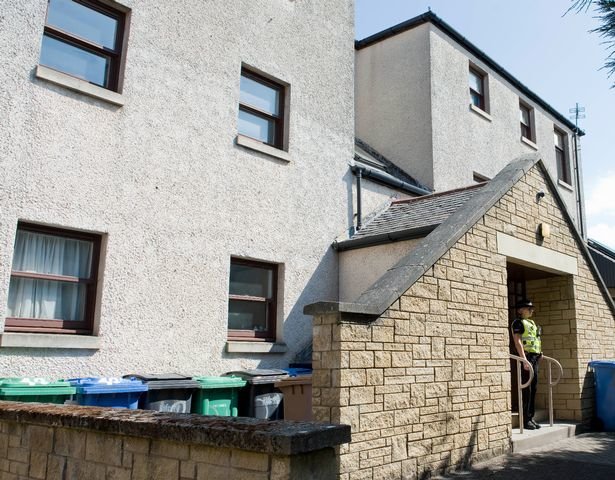 “It could be he had been drinking heavily and made advances towards Valerie who turned him down and he turned violent which resulted in her very tragic death.”

Thom, a former DJ, reportedly cut his throat before killing himself with a drug overdose.

Friends revealed that Val was a “good friend” to the alleged killer and battled breast cancer later in her life.

Lorraine McCormick said: “All the rumours that were going about are simply not true. They were just friends and she was very good to him and kept him on the straight and narrow.

“They were just friends and she was very good to him”

“She always saw the good in most people but unfortunately this time she was wrong.”

Detective Inspector Chris Mill from Levenmouth CID said: “We understand that these deaths have come as a great shock, not only to the local community in Elie but to the families of both individuals.

“This appears to have been an isolated incident and no other individuals are being sought in connection with these deaths.”