A Melbourne docks worker who lost a bullying case over colleagues calling him “rat dog” – and on one occasion defecating in his boots – has had the decision overturned by Victoria’s highest court.

The stevedore, who The Age has chosen not to name, alleges that abusive graffiti about him was posted in the staff toilets and that he was mocked and menaced by foremen due to his fastidious reporting of alleged safety breaches. 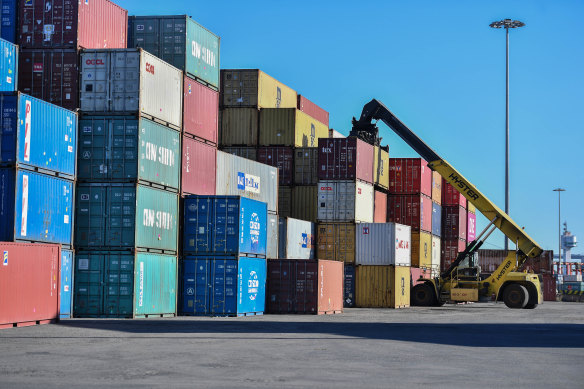 Judge Ginnane found that defecating in the worker’s boots was “offensive and humiliating”, but not bullying.Credit:Joe Armao

He claims he was “frequently verbally abused and harassed by foremen and other stevedores for lodging safety reports” and believes his complaints about the behaviour were not addressed due to a “culture of silence” on the docks.

During the most shocking incident, the stevedore walked into the work change room in 2010 to find a colleague had defecated in his boots. Unknown colleagues had attempted to clean the faeces but some still remained.

Three Court of Appeal justices this week found the stevedore was denied procedural fairness by a judge in the County Court last year and ordered the matter be re-listed for trial under a different judge.

The man, who has not been able to work since he left the company in 2012, sued his former employer, P&O Ports, now known as DP World, over the alleged abuse and claimed the company had been negligent in its handling of the matter.

County Court judge Philip Ginnane dismissed the case after a 23-day trial last year, finding that although some of the man’s colleagues evidently disliked him, their behaviour towards him, including the boots incident, did not constitute bullying because it had not been repeated.

“The plaintiff was unpopular with certain co-workers. However, dislike is not unlawful conduct,” the judge wrote in his published decision.

Ginnane said he did not think “the defendant owed the plaintiff a duty of care that extended to ensuring that fellow workers on the docks did not mete out to one another from time to time offensive language in their verbal interactions”.

He added the stevedore was prone to overstatement and had exhibited “obsessional traits” over the course of the trial that had affected the reliability of his evidence.

However, Supreme Court justices Cameron Macaulay, Terrence Forrest and David Beach said Ginnane had failed to detail why he found specific incidents had not occurred and to thoroughly consider some evidence put forward by the plaintiff’s witnesses.

The justices said the stevedore’s tendency to exaggerate could be the result of the mental injury the judge recognised he had sustained at work and Ginnane should have analysed the impact it had on him before concluding he was dishonest and had fabricated part of his evidence.

They said Ginnane had erred in assuming that the company had done all it reasonably could to eliminate bullying and harassment “by putting up signs in the workplace and giving rudimentary training to its employees” and should have considered all the alleged instances of bullying in their totality.

“Underpinning much of the judge’s reasoning was that the defendant’s workplace was a ‘robust one’ which was ‘not for the faint-hearted’,” they wrote.

“That proposition had little evidentiary foundation.”

The firm representing the man, Shine Lawyers, said the decision was a victory for everyone in Victoria who had been bullied in the workplace.

“An employee shouldn’t have to be repeatedly targeted in the same way by the same person before an employer is expected to intervene,” public liability solicitor Shakira Ramsdell said.

“This decision recognises that bullying takes many forms – whether it’s verbal or physical, direct or indirect – and such conduct should be viewed in its totality.”