A Melbourne doctor claims he was defamed by Victoria Police after he was accused on a local Facebook page of stealing a bottle of rum.

Prasannan Ponganamparambile is taking legal action against the state of Victoria over a social media post published on Victoria Police’s Cardinia Eyewatch Facebook page in May last year. 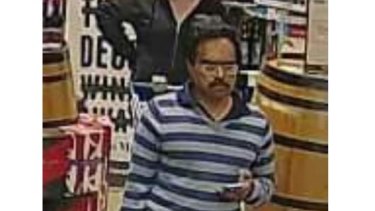 The CCTV image that appeared in the Victoria Police Facebook post.Credit:Court documents

The post, which was later deleted, showed a CCTV image of a man along with the words “ID REQUIRED – THEFT IN PAKENHAM” and a request for the public to contact Crime Stoppers if they had any information.

In his statement of claim filed in the County Court last week, Dr Ponganamparambile said the post identified him as a thief and that he was a high-profile member of the community who had lived in the area for 16 years.

The image was taken from a liquor store CCTV camera and showed Dr Ponganamparambile holding a bottle of Captain Morgan’s Black Spiced Rum that he had purchased legally, his lawyer said.

“It was the weekend and he and his wife were going to enjoy some cocktails,” said Stewart O’Connell from O’Brien Criminal and Civil Solicitors. 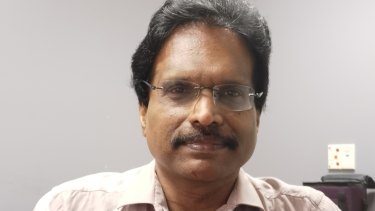 According to court documents, Dr Ponganamparambile came forward to Crime Stoppers on May 16, the day after the post was published, to say he was the man in the image and that he was innocent.

However the post remained online for at least 48 hours, court documents state, and had 77 shares. It was not removed until Dr Ponganamparambile visited Pakenham police station and called Crime Stoppers a second time. 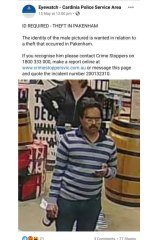 Dr Ponganamparambile claims that the post, and its grapevine effect, gravely injured his reputation and caused him substantial hurt, distress and embarrassment.

He is seeking aggravated damages because of the “sensational tone” of Victoria Police’s language and the failure to identify him using other methods, such as his car number plate.

Dr Ponganamparambile also accused Victoria Police of not watching the entire CCTV footage, which would have shown him walking into the store with the item he was accused of stealing.

Mr O’Connell said Dr Ponganamparambile thought he had been overcharged for the rum and had walked back in with his receipt to review the price with the cashier.

“He checked with the person behind the counter who confirmed the price was correct,” Mr O’Connell said. “He accepted that and walked back out with the rum.”

As part of his lawsuit, Dr Ponganamparambile also accuses Victoria Police of falsely imprisoning him as part of their investigation.

On May 24, court documents state that Dr Ponganamparambile visited Pakenham police station to be interviewed about the alleged theft. Soon after arriving, he was told he was being taken into custody for questioning, according to court documents.

Dr Ponganamparambile was then placed in a caged police vehicle and driven into the station’s garage, court documents state, where his wristwatch and ID were seized.

He was then interviewed, fingerprinted and photographed before being allowed to leave. Dr Ponganamparambile claims his arrest was unlawful.

Dr Ponganamparambile is head of the department of rehabilitation medicine at Latrobe Regional Hospital, according to his statement of claim.

Mr O’Connell said his client was never charged and that Victoria Police’s actions had a devastating impact on Dr Ponganamparambile and his family.

He said police should not post a person’s image on social media connecting them to a crime “without at least a reasonable investigation into the circumstances”.

“People are entitled to the protection of the presumption of innocence and for their privacy to be respected,” he said.

Victoria Police declined to comment while the matter was before the courts.