A dog owner has been banned from keeping animals for 10 years after he tried to kill a terrier by shooting it four times in the head with an air rifle before dumping the animal in a bush.

Simon Hancock, 37, treated Jet the Lakeland terrier in a ‘shockingly brutal manner’ by shooting and abandoning him while still alive but ‘horrendously injured’.

Fortunately a member of the public found Jet near Hedge End, Hampshire, on July 16 last year and a court heard he suffered fly-strike with thousands of fly eggs around pellet holes in his head. 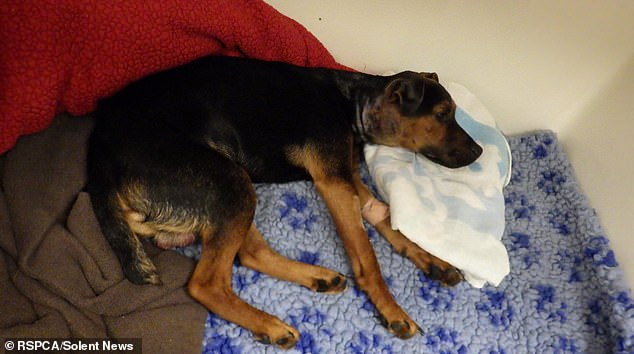 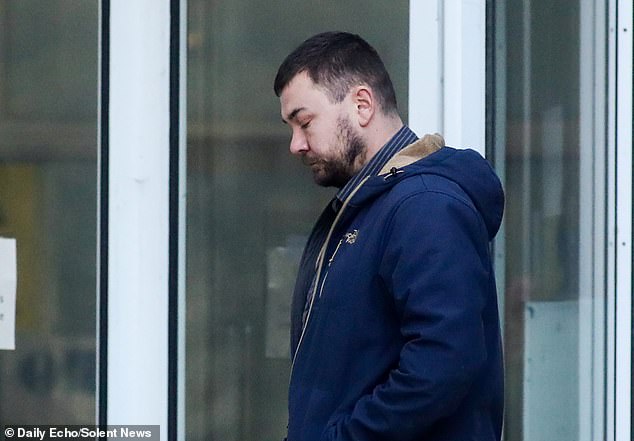 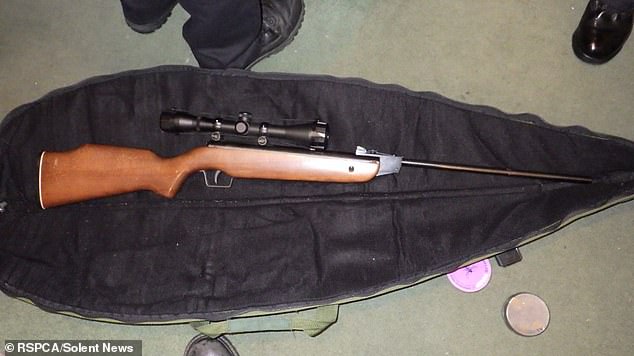 The gun used by Simon Hancock to shoot Jet. Microchip details showed the dog was owned by Hancock’s former partner

He was convicted of causing unnecessary suffering to an animal following a trial and banned from keeping pets for 10 years, ordered to carry out 200 hours community service and pay £1,621 in costs.

At Southampton Magistrates’ Court Hancock argued a friend named ‘Paul’ owned Jet and even claimed the air rifle used in the attack was ‘dumped on his doorstep’ when inspectors visited his property.

RSPCA Inspector Graham Hammond said: ‘Jet was treated in a shockingly brutal manner, being shot in the head four times, then dumped while still alive but horrendously injured. 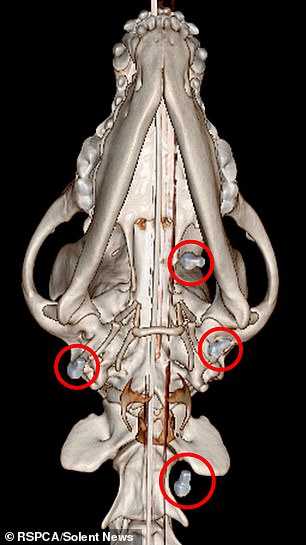 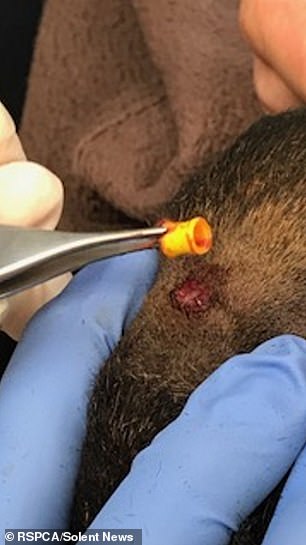 Jet having pellets from his head by a vet (right). He was shot four times in the head and left for dead. Pictured (left) is a scan of Jet’s skull showing the location of the pellets 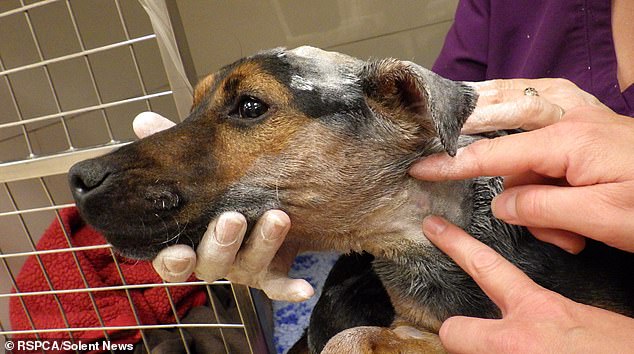 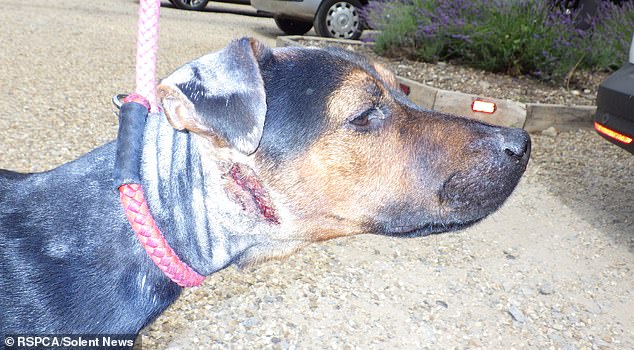 After Jet was stitched up he was left to recover from his wounds. Jet’s owner Simon Hancock was banned from owning animals for 10 years and ordered to do 200 hours of community service

‘You cannot begin to imagine the suffering this dog went through during the five days he was left alone and injured.

‘Thankfully he has survived and has made a very good recovery. He’s such a happy, friendly dog who loves everyone he meets. It’s amazing to see him thriving in his lovely new home.

‘More than £5,000 was spent on veterinary care due to the complicated location of the pellets.

‘He was very touch-and-go at times and he lost hearing in one ear because an ear canal had to be removed. His vision has also been affected.’