DONALD Trump raised a record £18 million within just ONE DAY of launching his 2020 re-election campaign, it has been revealed.

The US President pulled in more cash than all his closest Democratic rivals could muster in the past few months of their drives. 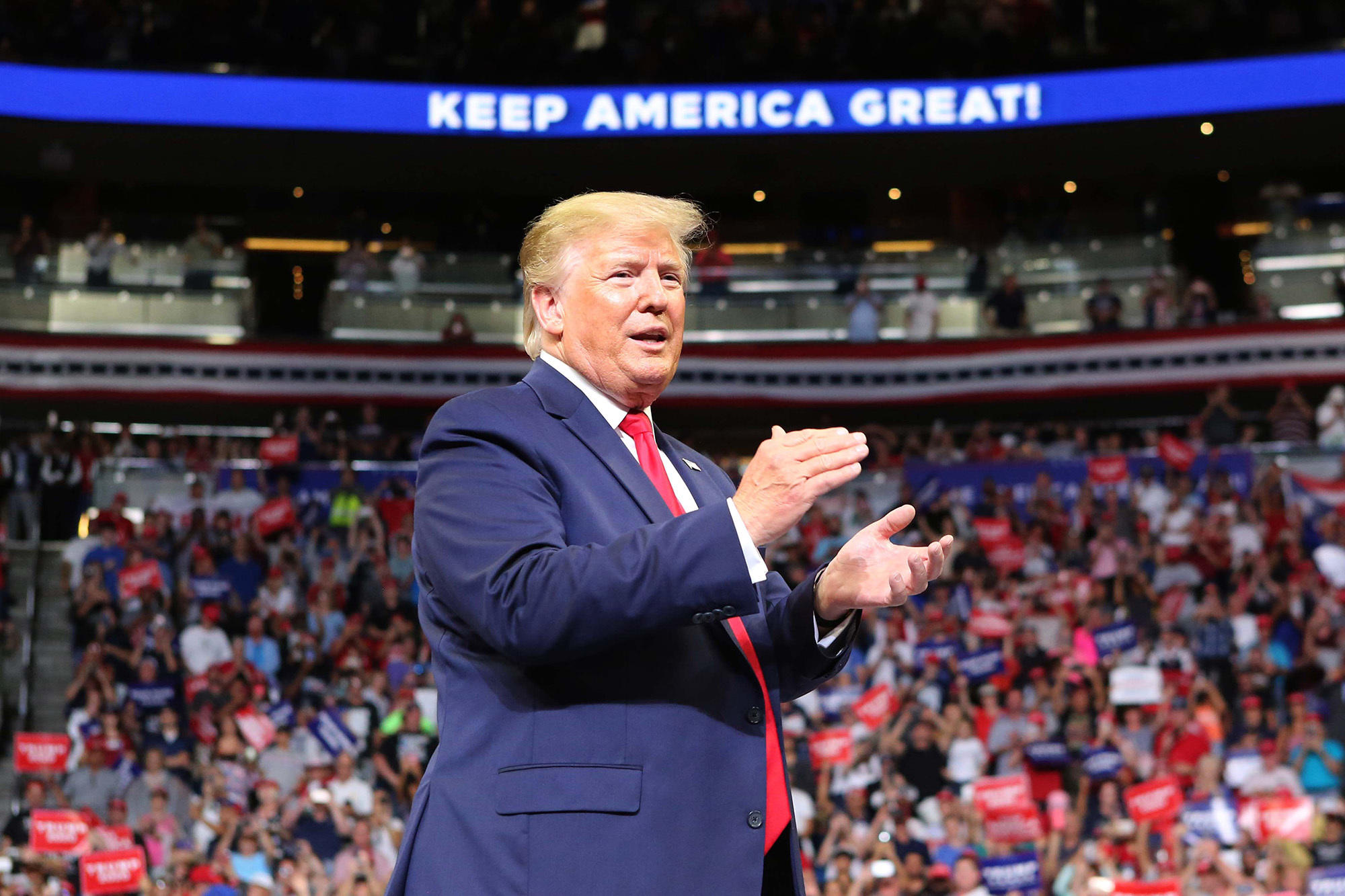 Those inside the campaign reveal the cash was rolling in at an average rate of one million dollars an hour.

The news comes after Trump wowed supporters at the launch during a packed mega MAGA rally in Florida.

He kicked off his campaign to retain the White House at the event attended by 25,000 supporters with his new election slogan: "Keep America Great!"

News of the bumper fundraising drive is being seen as a poke in the eye for the political pollsters and pundits who say Trump is lagging behind his potential challengers.

They point to supposed staffing chaos in his administration and internal splits over his immigration, trade and foreign affairs policies as hints he is losing popularity.

However, Trump has made it clear he feels the polls which show him losing to every top Democratic contender are just FAKE. 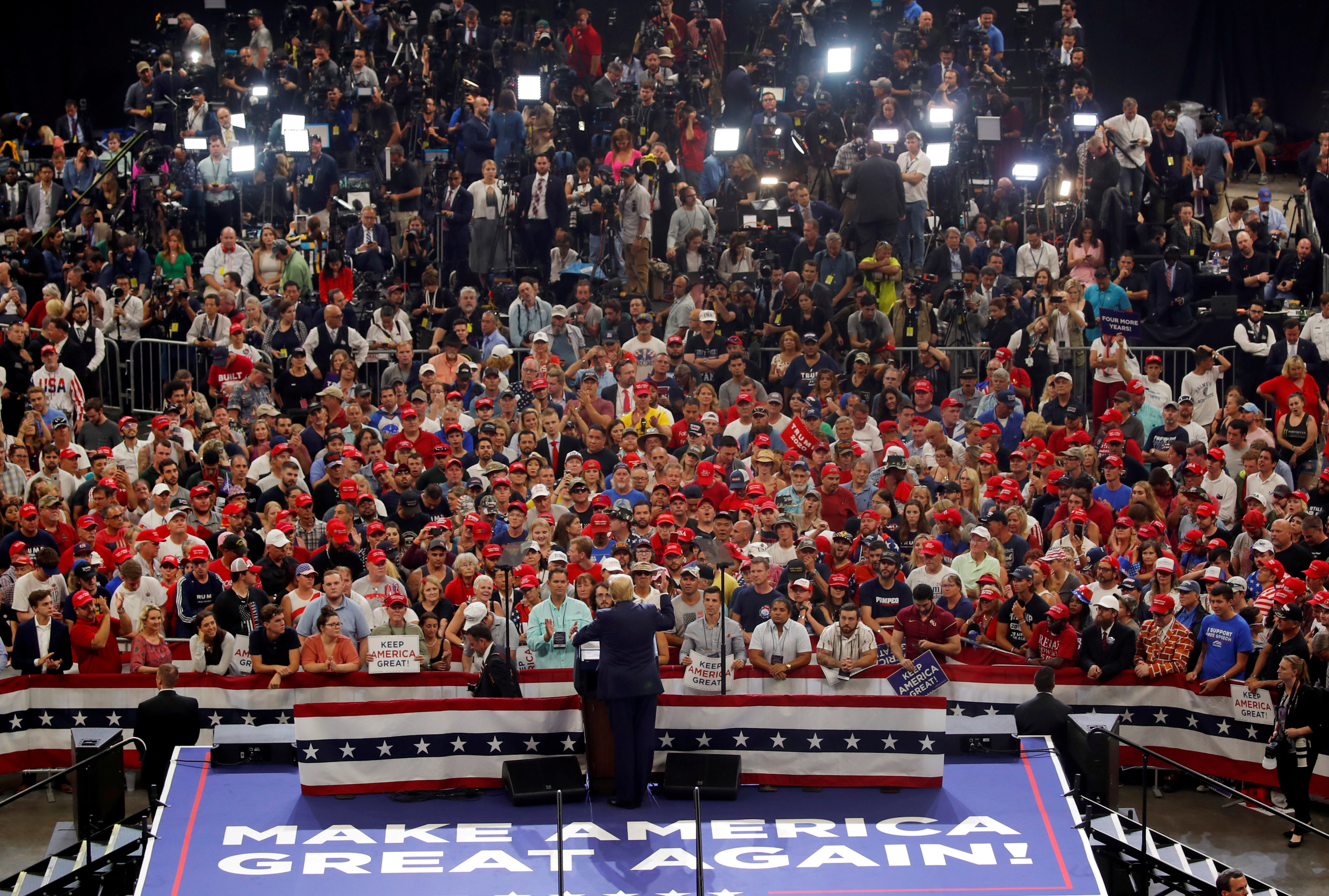 The world leader let rip on Twitter blaming "corrupt" media outlets for the claims and insisted he is getting the "best numbers" ever.

And his claims certainly seem to be backed up by the news his supporters are prepared to splash out millions to keep him in office.

In a tweet, Republican National Committee  chair Ronna McDaniel wrote the president “raised a record breaking $24.8M in less than 24 hours for his reelection."

She added: "The enthusiasm across the country for this President is unmatched and unlike anything we’ve ever seen! #trump2020 #KeepAmericaGreat.”

Trump quickly responded by greeting the news with a “THANK YOU!” accompanied by an image of the US flag.

Joe Biden. The 76-year-old is making his third tilt at the president. He was Barack Obama's vice president. Trump claims he is absolutely no threat.

Elizabeth Warren. Financial expert Warren, 69, was a former assistant to President Obama and a special adviser to the US Treasury secretary.

Kamala Harris. Harris, 54, is the daughter of Jamaican and Indian immigrants and has a progressive stance of health care for all and marijuana legislation.

Bill de Blasio. The 58-year-old is the current Mayor of New York raising the minimum wage and a low murder rate during his second tenure.

To put the massive amount into perspective then-President Barack Obama raised £67m million during the entire first quarter of his reelection campaign in 2011.

And Fox News reports, no candidate for the Democratic nomination even hit £15m in the entire first quarter of this year.

The party's many other candidates raised significantly less than that.

The news comes as it was revealed the prayer that opened his campaign rally was a call to God to dismantle the “demonic network” working to undermine the President.

Next week 20 Democrats will take the stage next week for the first of 12 prime-time presidential primary debates.

Those seeking the party's 2020 nomination will go head-to-head at a performing arts centre in downtown Miami in debates broadcast live on TV.

It will be an opportunity for some of the candidates to get their biggest exposure yet – and for voters to start making decisions about which – if any – hopeful they will back. 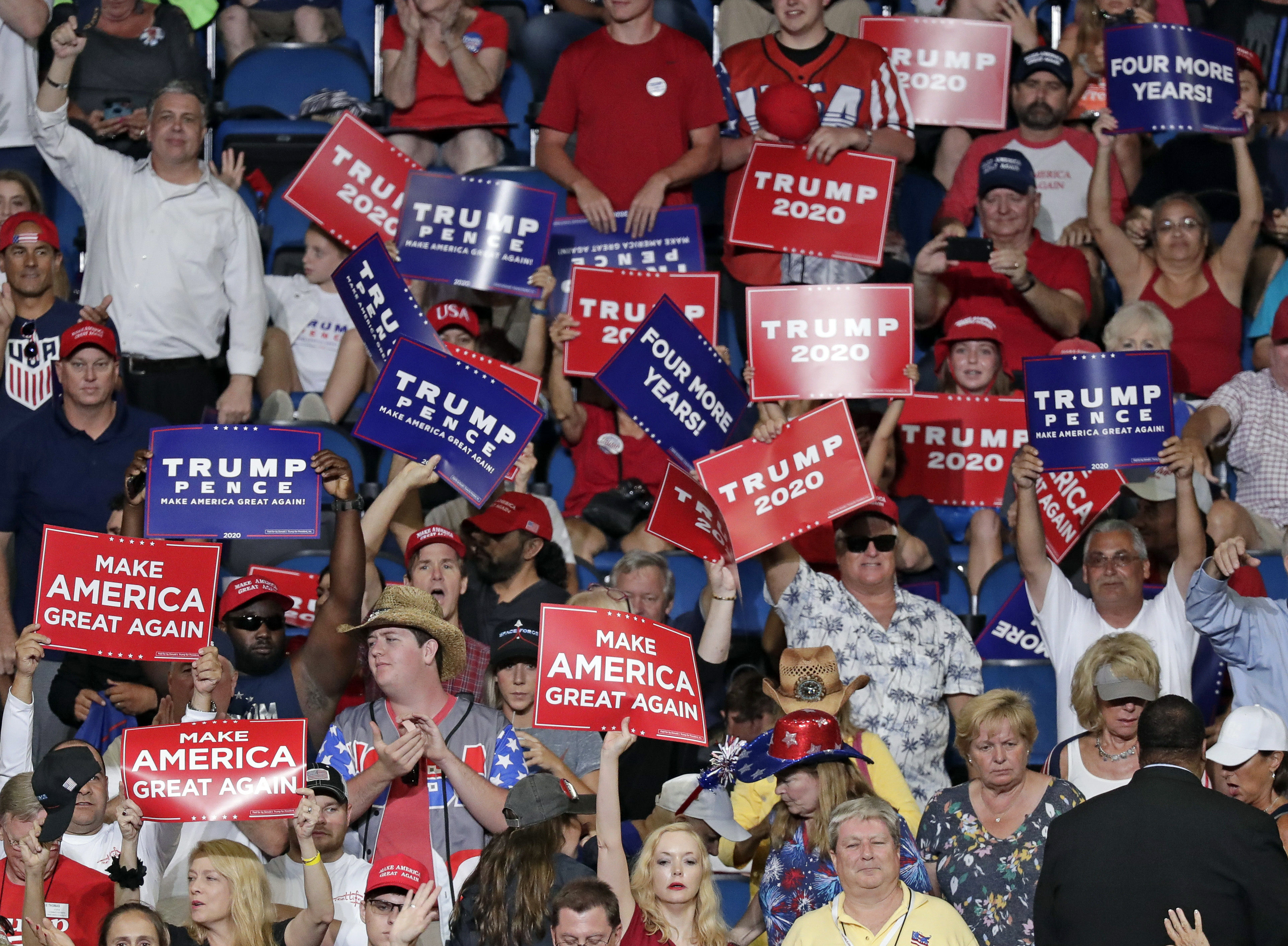