THE six-acre Greenwich Connecticut estate where Donald Trump and his first wife Ivana called home is on the market for £30million – a 29 per cent drop from its asking price.

The Georgian-style mansion bears a striking resemblance to Trump's current White House residence and first hit the market in 2015 for £42million. 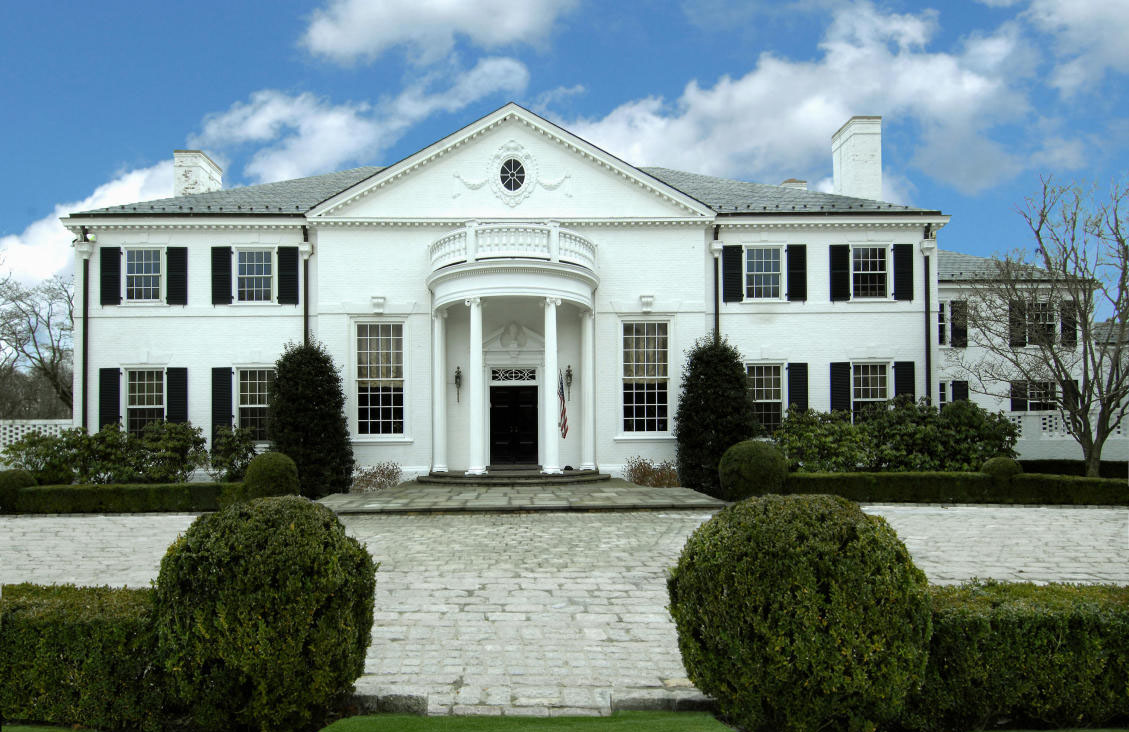 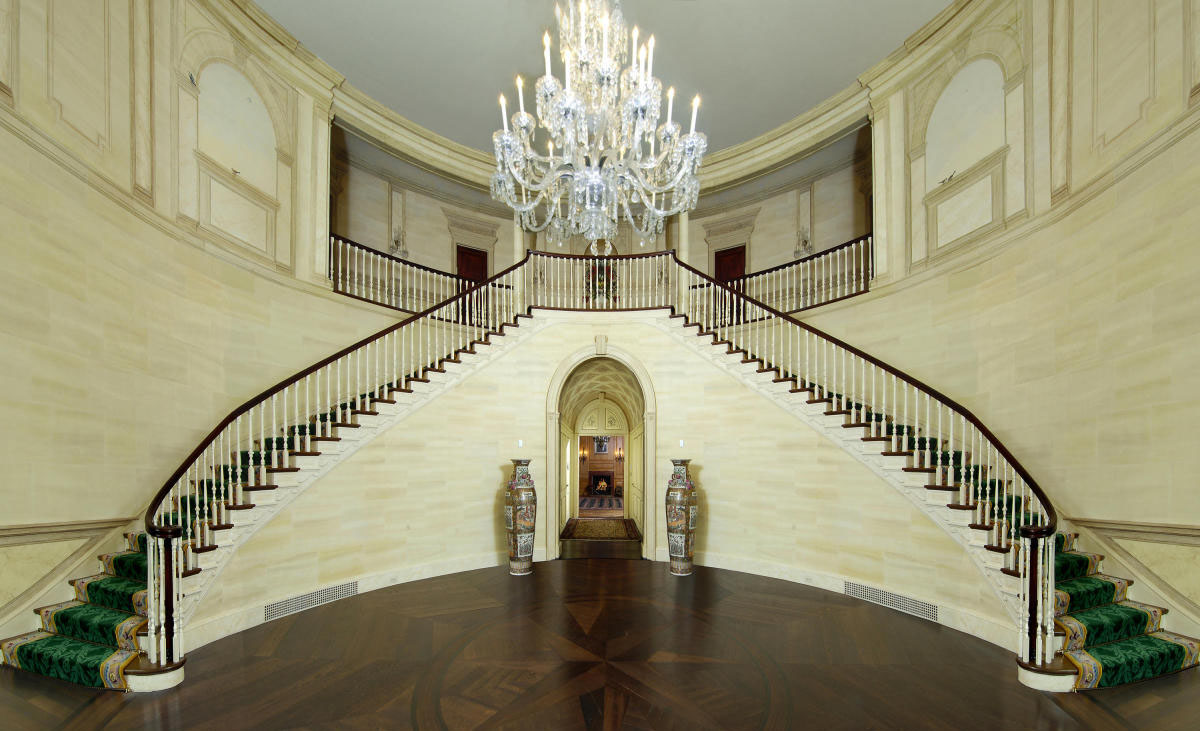 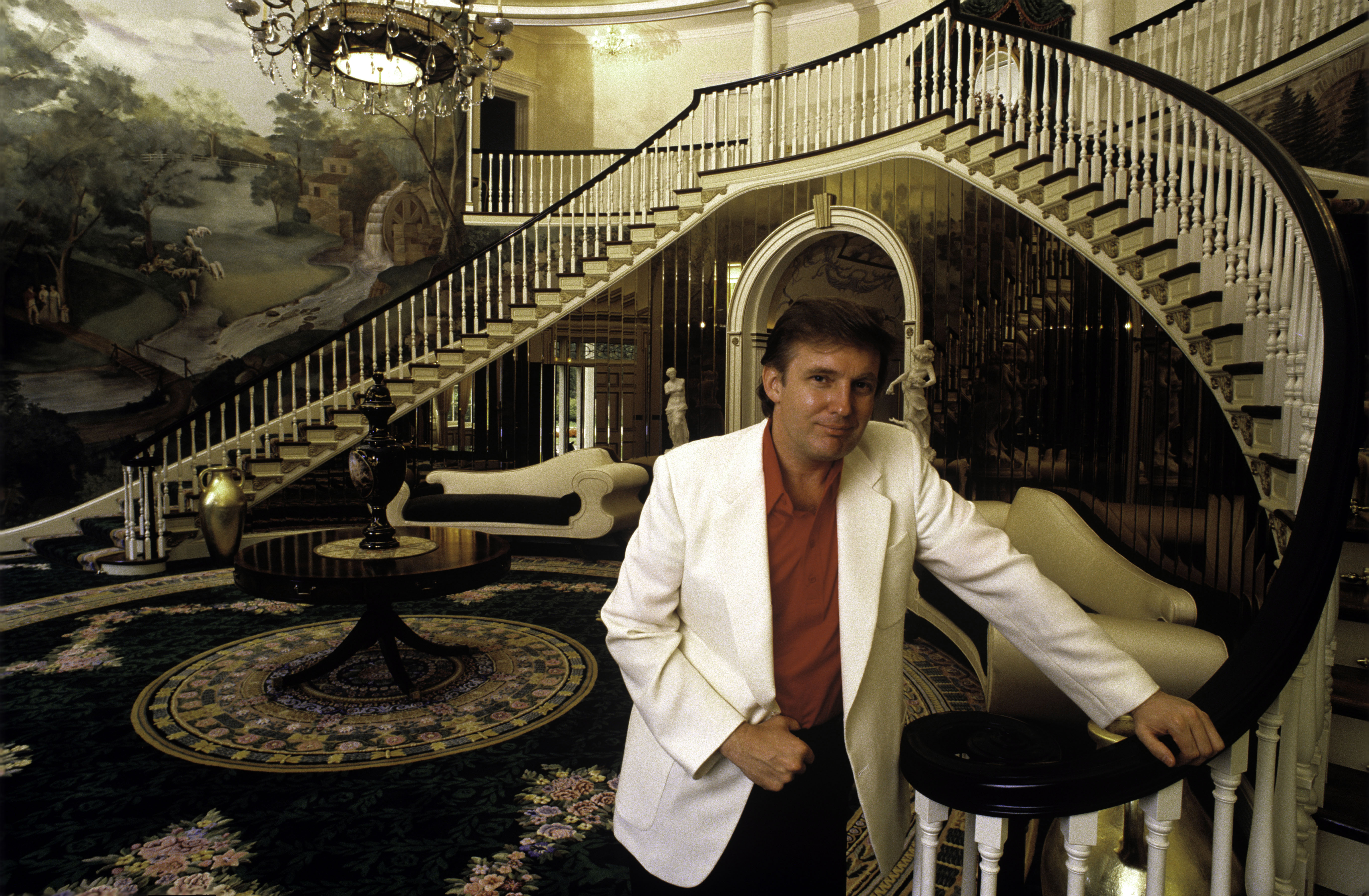 Current owners – financier Robert Sternberg and his wife Suzanne – have been trying to sell the home at 21 Vista Drive since 2009, the Wall Street Journal reported.

The couple bought the property from Ivana for $15 million in 1998 – sixteen years after the Trump's moved into the home.

The property was first listed for $50 million in 2009, according to listings website Zillow.

It then returned to market for $54 million in 2014 but was taken off the market during Trump’s presidential campaign.

In early 2018 it again returned to the market with a $45 million price tag.

The Sternbergs are now being represented by Joseph Barbieri of Sotheby’s International Realty.

Barbieri told the Journal that he believes the property is now priced close to its land value.

He added that sellers have reduced prices on some of the area’s most prominent homes after the real estate market suffered from a decline in banking bonuses and a shift towards city living.

The Greenwich home boasts eight bedrooms, 13 bathrooms, a tennis court, a private dock on Indian Harbor, a putting green and a guesthouse with an indoor swimming pool.

Other amenities include eight fireplaces, a five-car garage, three staff apartments, a three-story rotunda, a movie theatre and an outdoor pool.

The home opens to a double grand staircase, formal rooms and views of Long Island Sound.

A king’s ransom of gold leaf applied to moldings and freely throughout the residence."

Ivana reportedly redecorated the home with many of the materials Trump was then using to spruce up the Plaza Hotel, which he had purchased at the time.

Toptenrealestatedeals.com called the redecoration "a king’s ransom of gold leaf applied to moldings and freely throughout the residence."

Previous listing agent Tamar Lurie, of Coldwell Banker,  told the CT Post: "Ivana did a lot of renovations … Decorwise, it was all gold leaf…It was kind of dramatic."

However, the Sternbergs toned down much of the glitz and expanded the property by adding a tennis court, indoor lap pool, sauna and a 4,000-square-foot addition with guest suites.

The home was built in 1939 for Robert Hillas, a former president of the New York-based Super Heater Company. 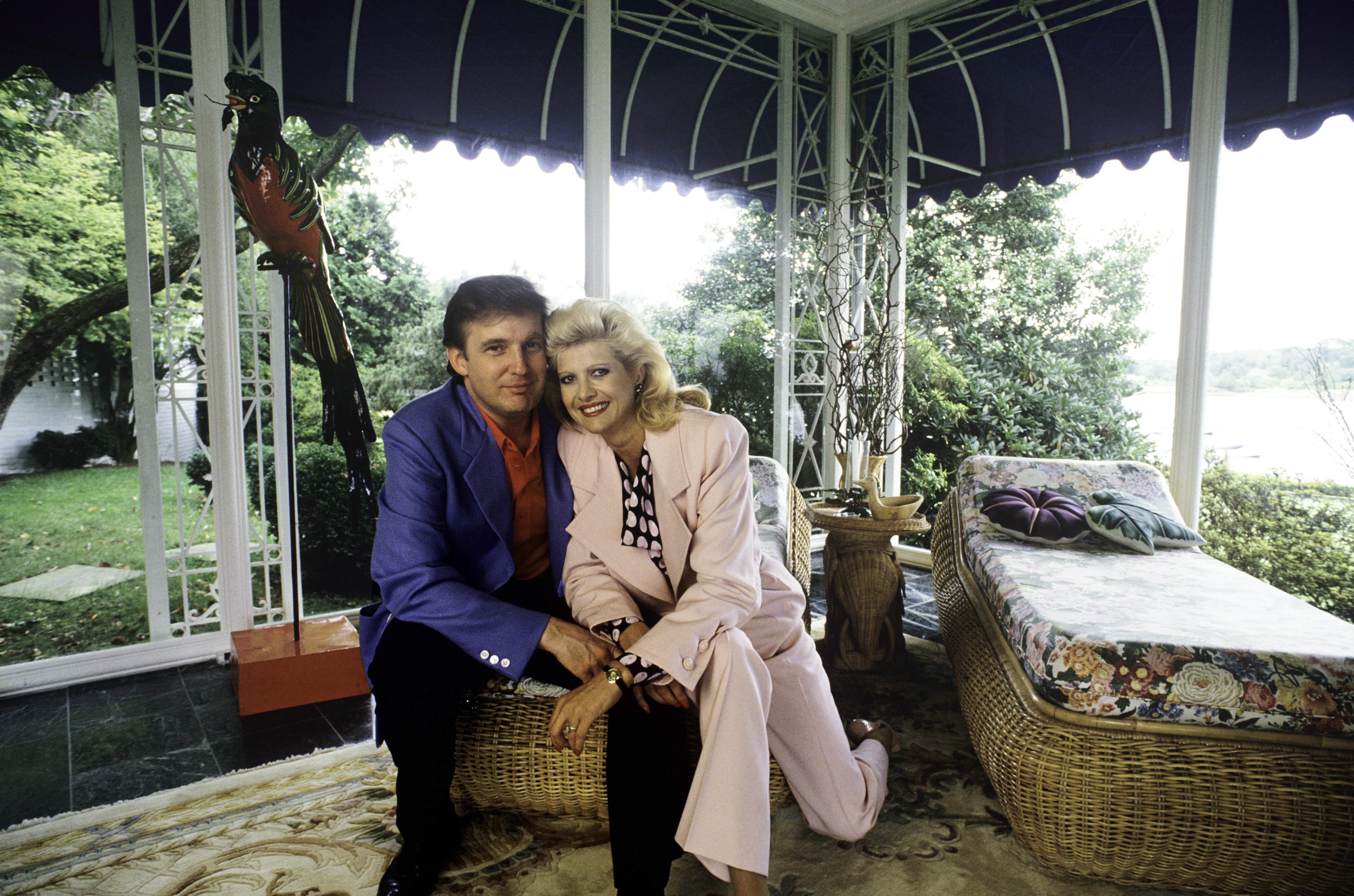 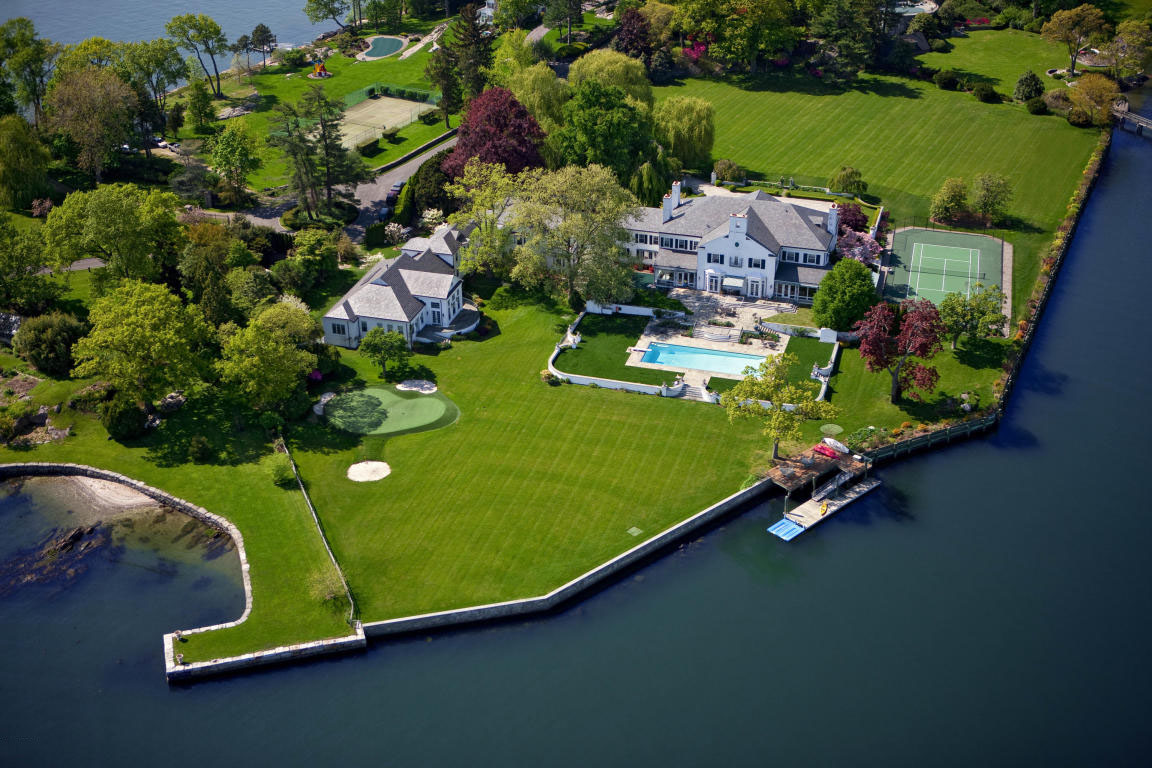 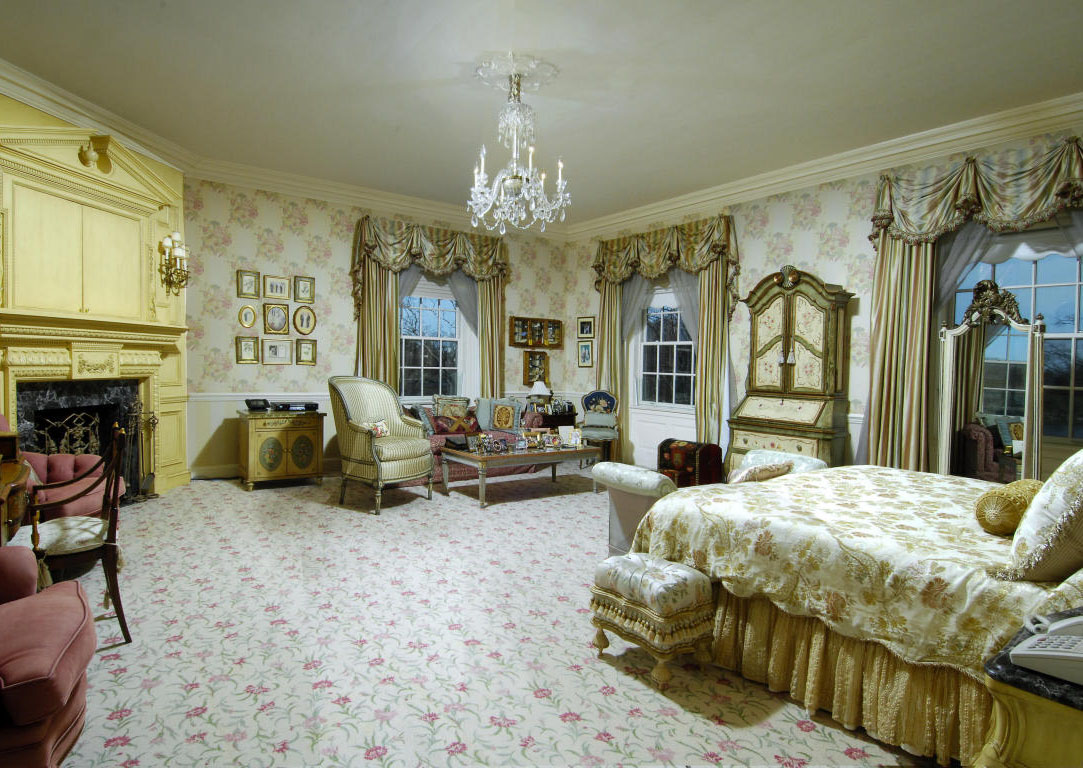 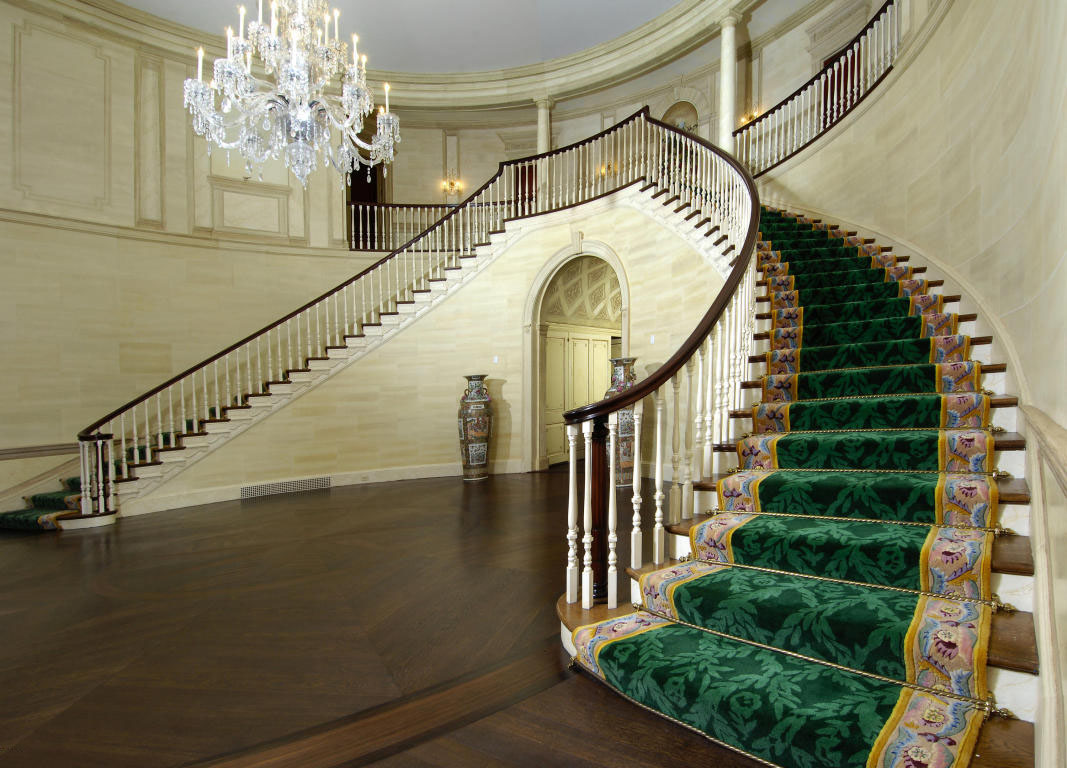 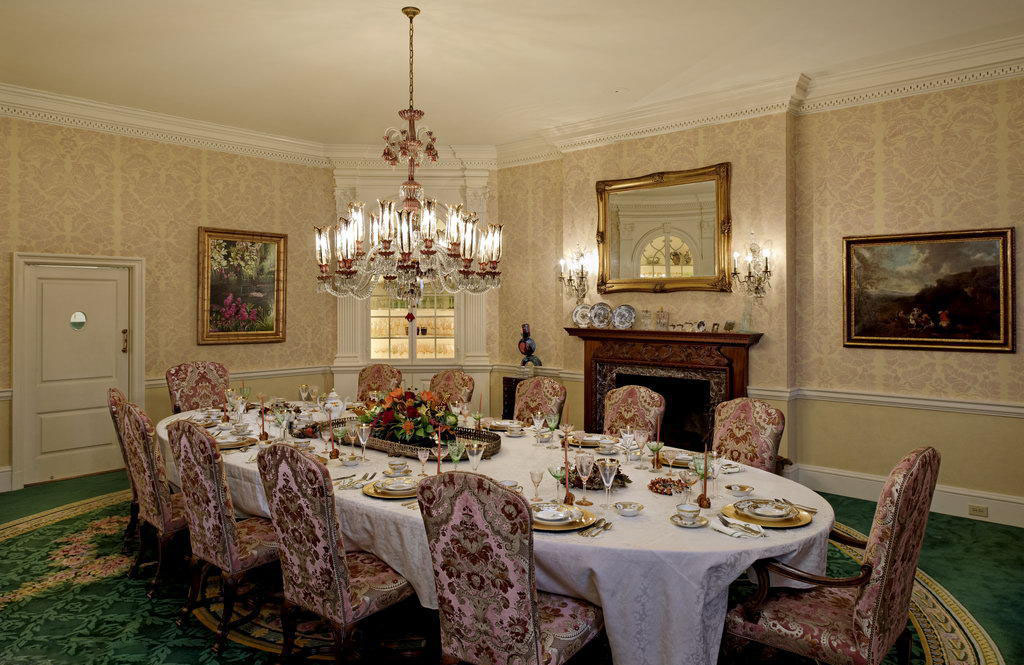 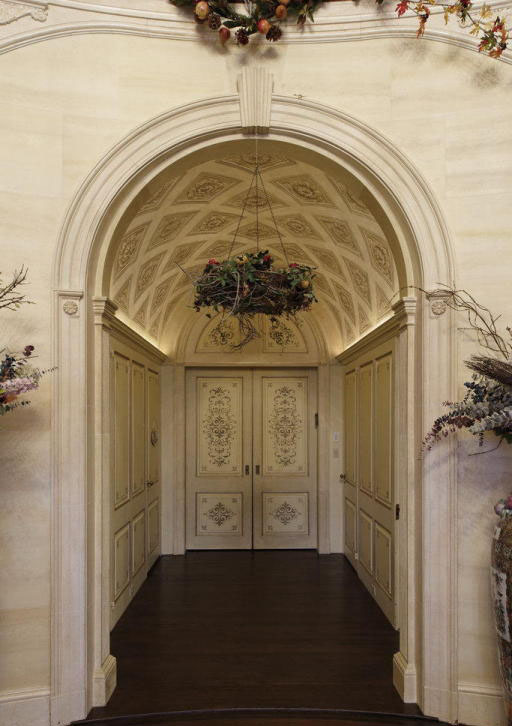 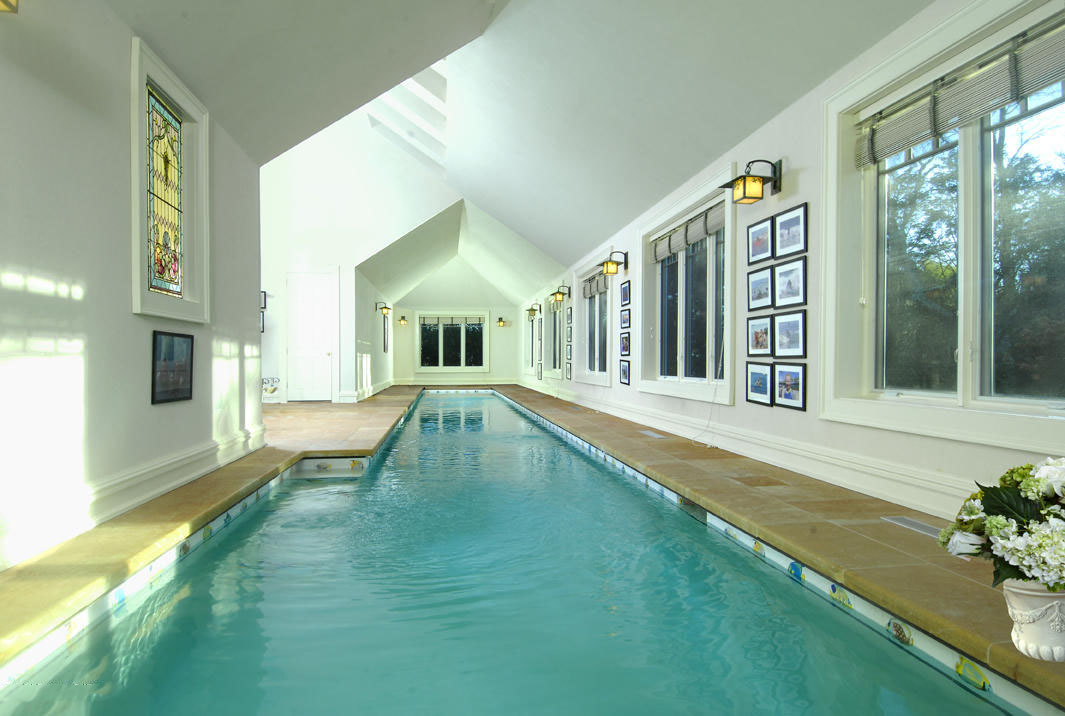 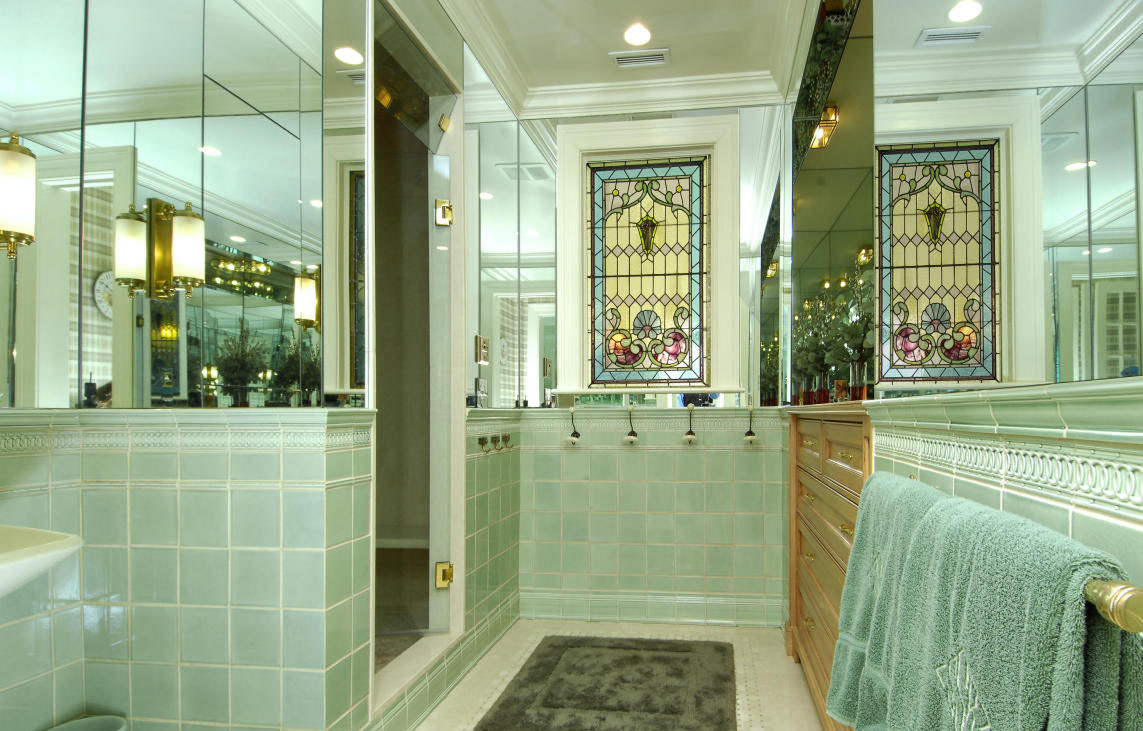 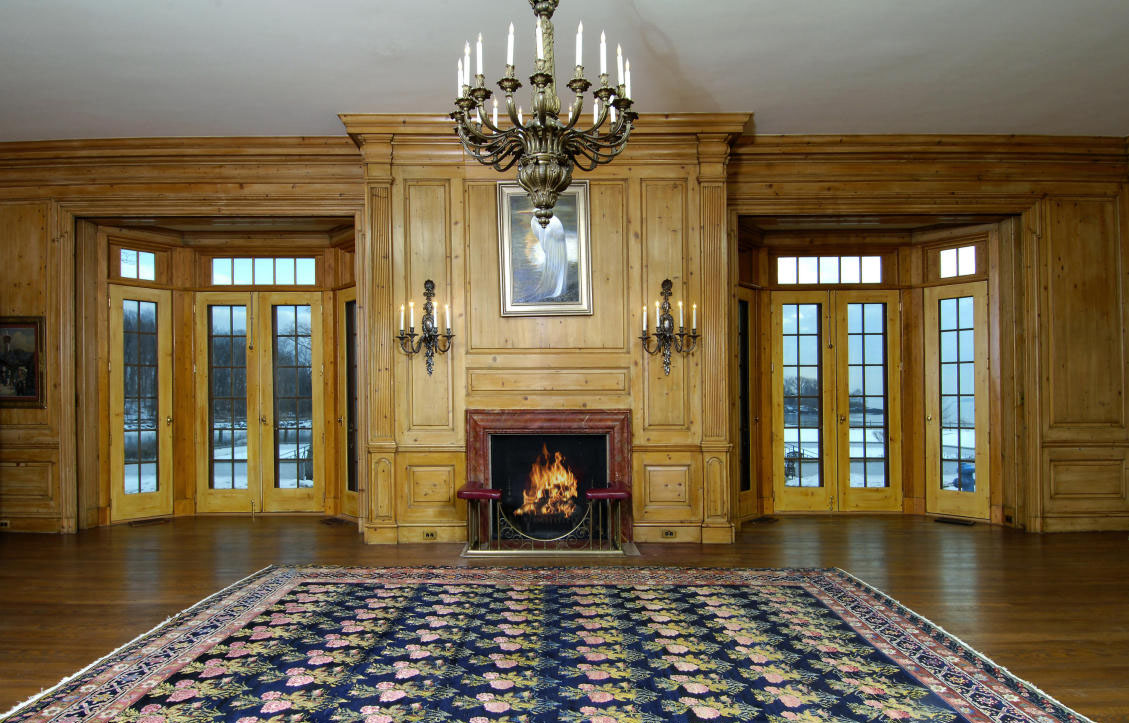 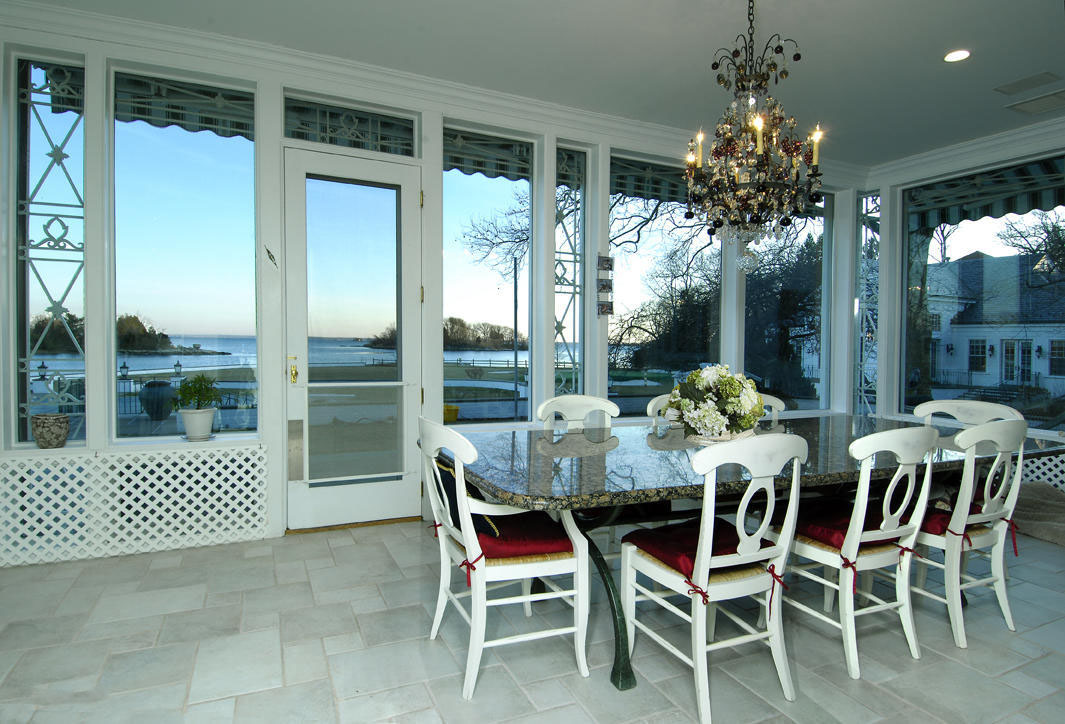 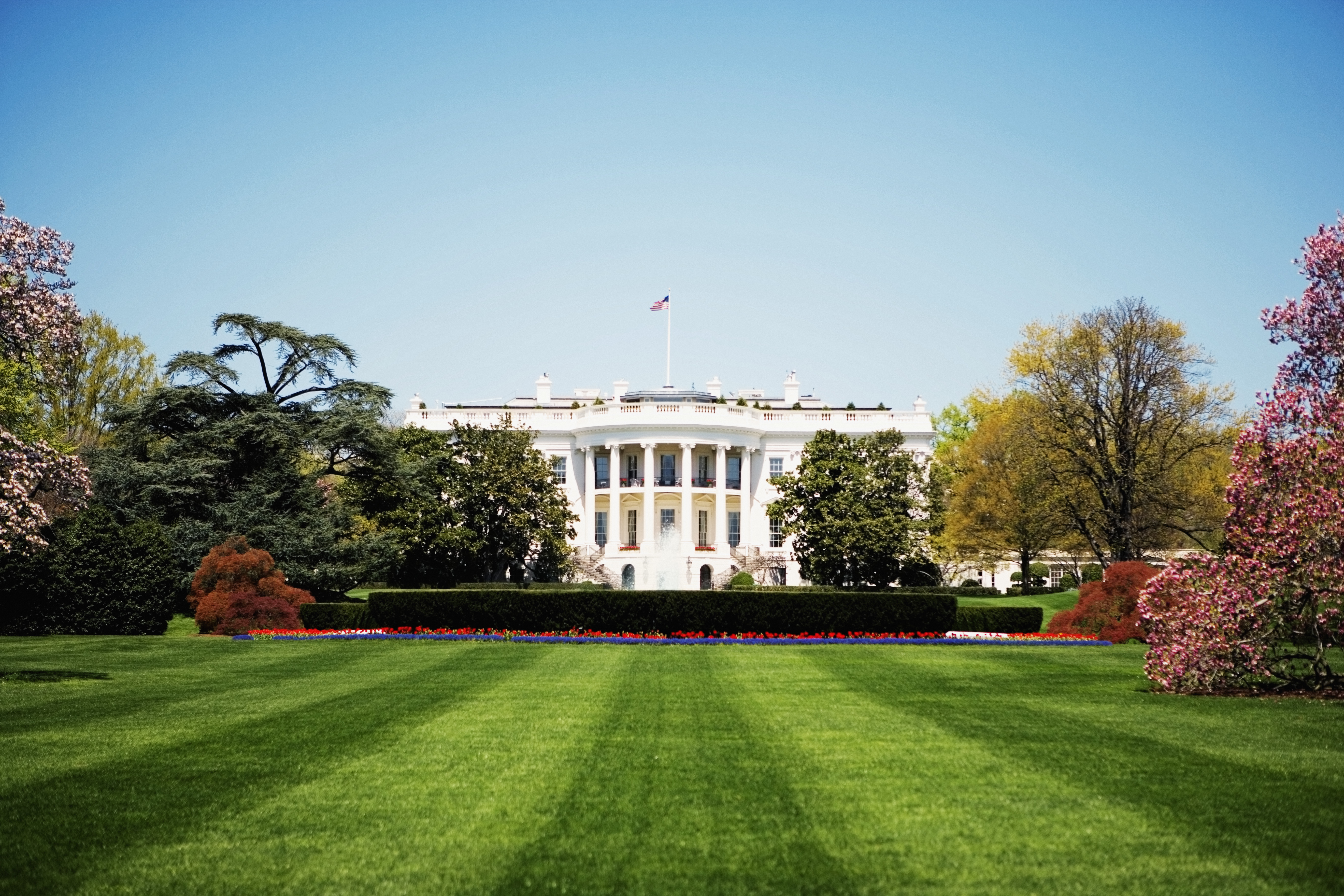 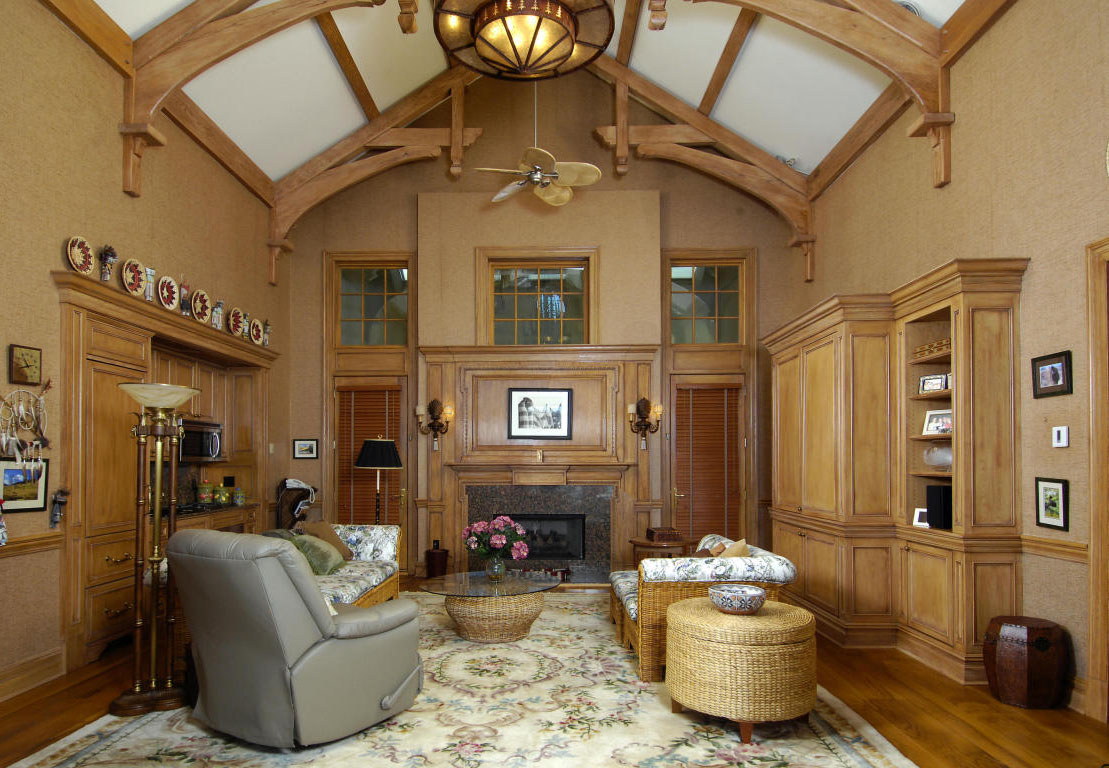 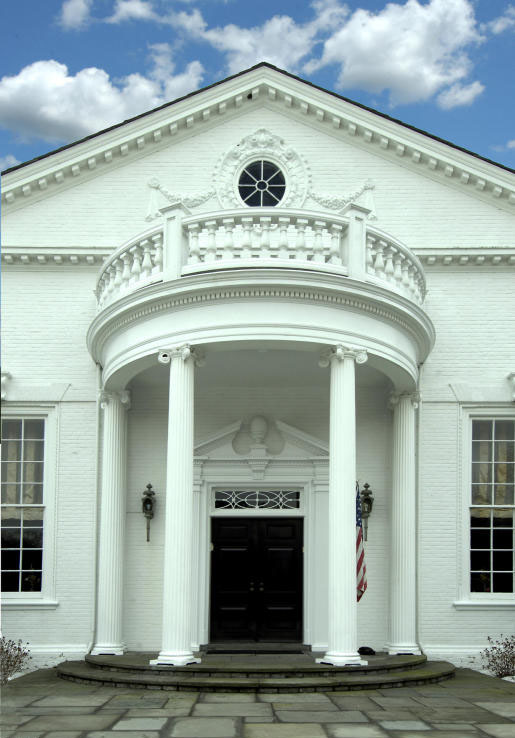 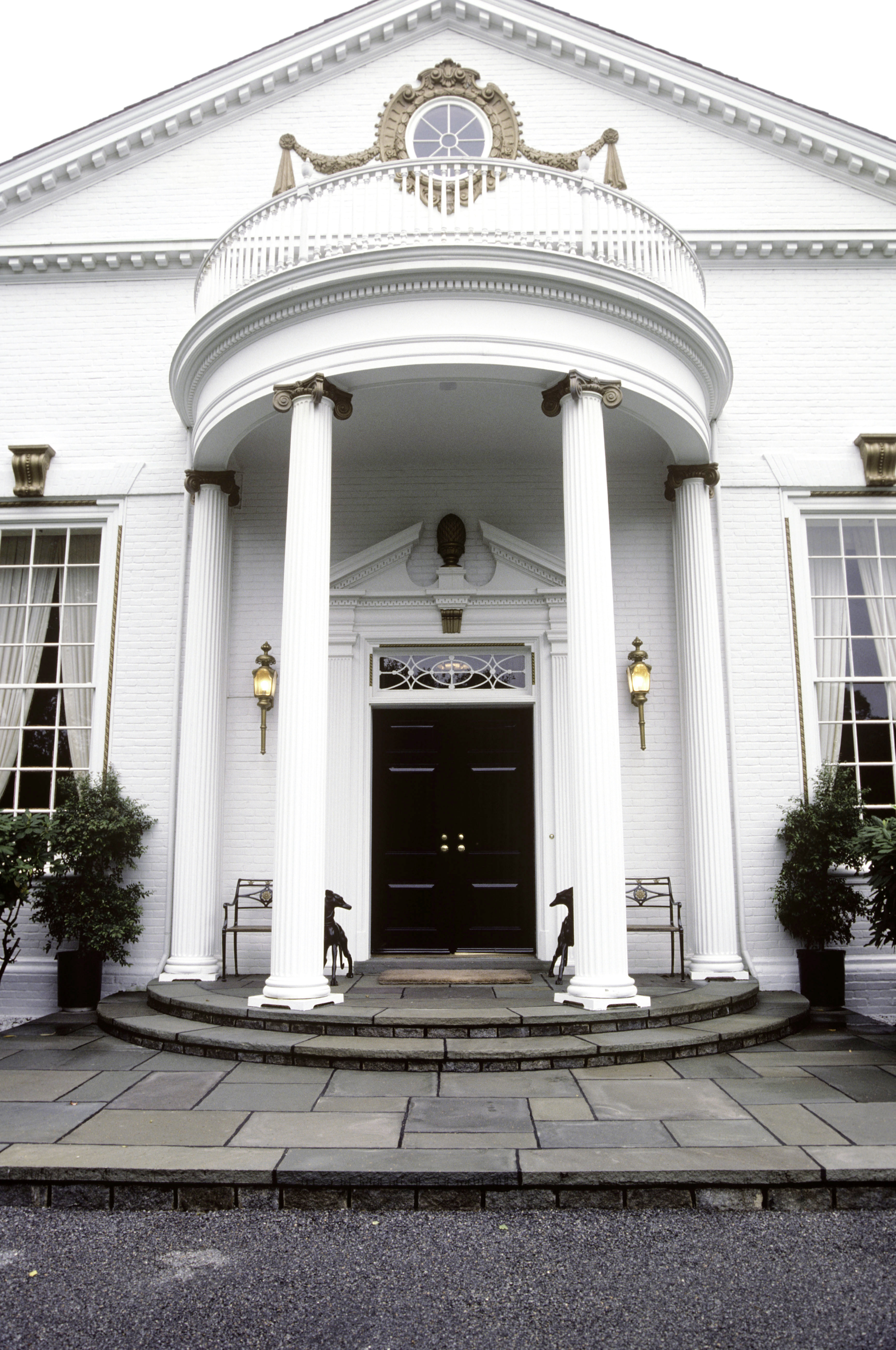 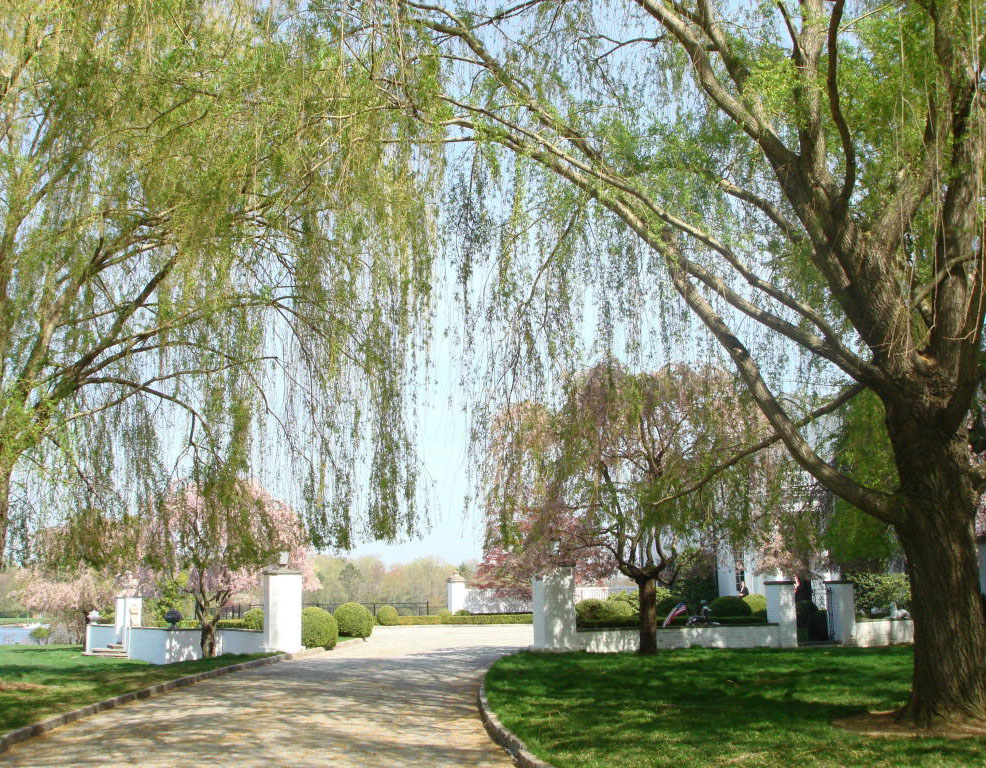