Donald Trump Jr and Eric Trump were greeted by cheering supporters as they arrived in the tiny Irish village of Doonbeg, Co. Clare on Wednesday night.

They were pictured pouring pints of Guinness and drinking as they embarked on a mini-pub crawl.

Doonbeg, population 262, is home to Donald Trump’s golf resort, where the US President is thought to have stayed last night following talks with the Irish Taoiseach Leo Varadkar.

Speaking from behind the bar, Eric said: “You guys are so warm to us every single time. 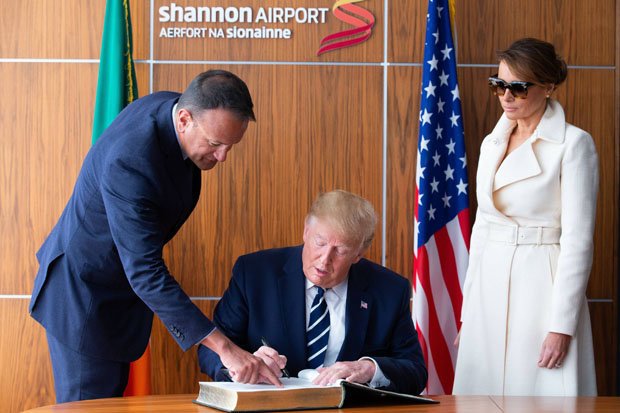 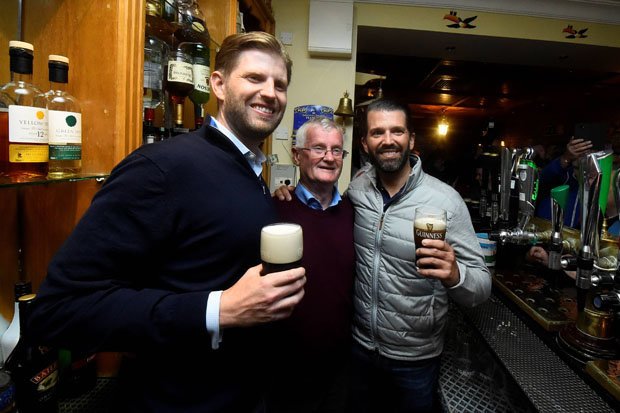 An American flag was put up behind the bar as Donald Jr was photographed sipping a Guinness.

The two sons offered to buy everyone a drink, as they tried to get a chorus of cheers going for their dad.

“So let me ask a question. Does Doonbeg love Trump?” Eric said, to which locals replied “yes”.

Eric added: “And we love this place more than anything. So thank you guys for the hospitality. It’s awesome.”

The sons didn’t want to answer questions about some of their dad’s more controversial policies.

Asked by a reporter whether he agreed with Donald on climate change, Eric replied: “I’m not here to talk politics. We get a lot of love in Doonbeg, I don’t see many people protesting here.”

Turning to the crowds, he asked “are you guys protesting?” to which they replied “no”.

Irish Trump supporter Paul Markham had an American-inspired top hat made for Trump’s visit and hopes it will catch the President’s eye.

“He’s providing employment for west Clare and tourism,” he said. 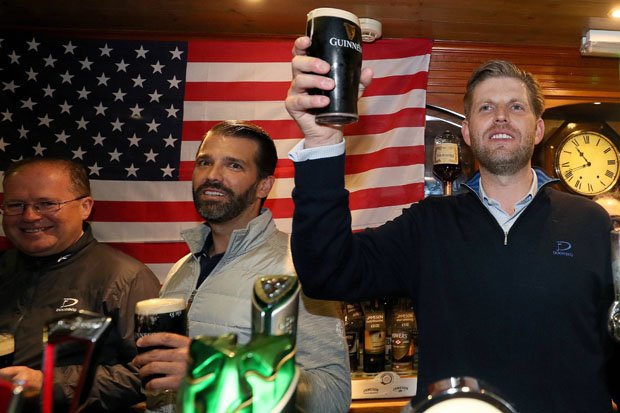 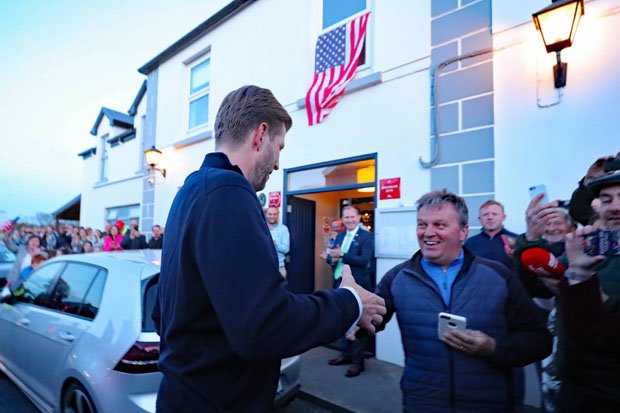 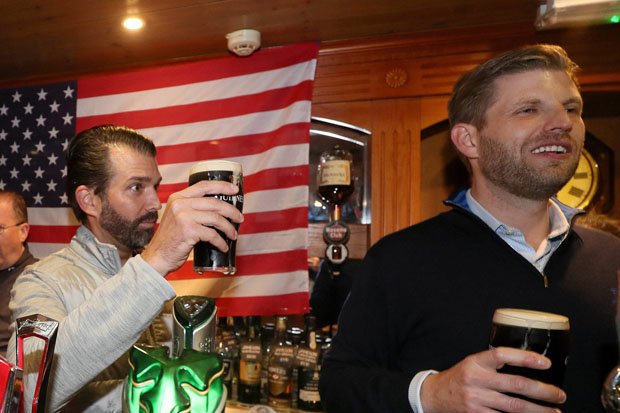 “We are hoping Donald will come down from his hotel and into the village.”

But protestors also gathered, with Cork native John Lennon travelling up to Doonbeg to make his feelings heard.

“I am embarrassed for the people of Ireland,” he said.

“Trump is a scumbag.”

The President has already sparked fury on his visit after comparing the Irish border question to the US dispute with Mexico.