SHOCKING video shows the dramatic moment a thug 'punches a woman in the face' – before New York's bravest chase him through the streets.

Footage appears to show a cyclist serving onto a pavement and hitting the 60-year-old. 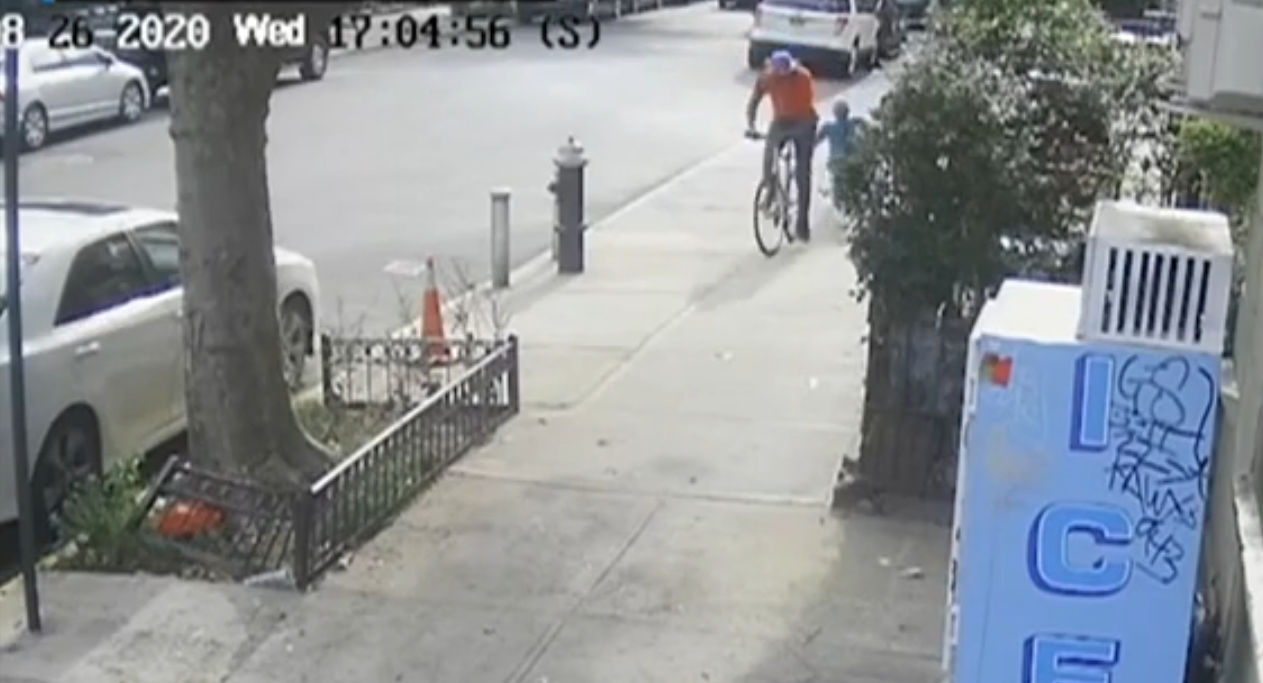 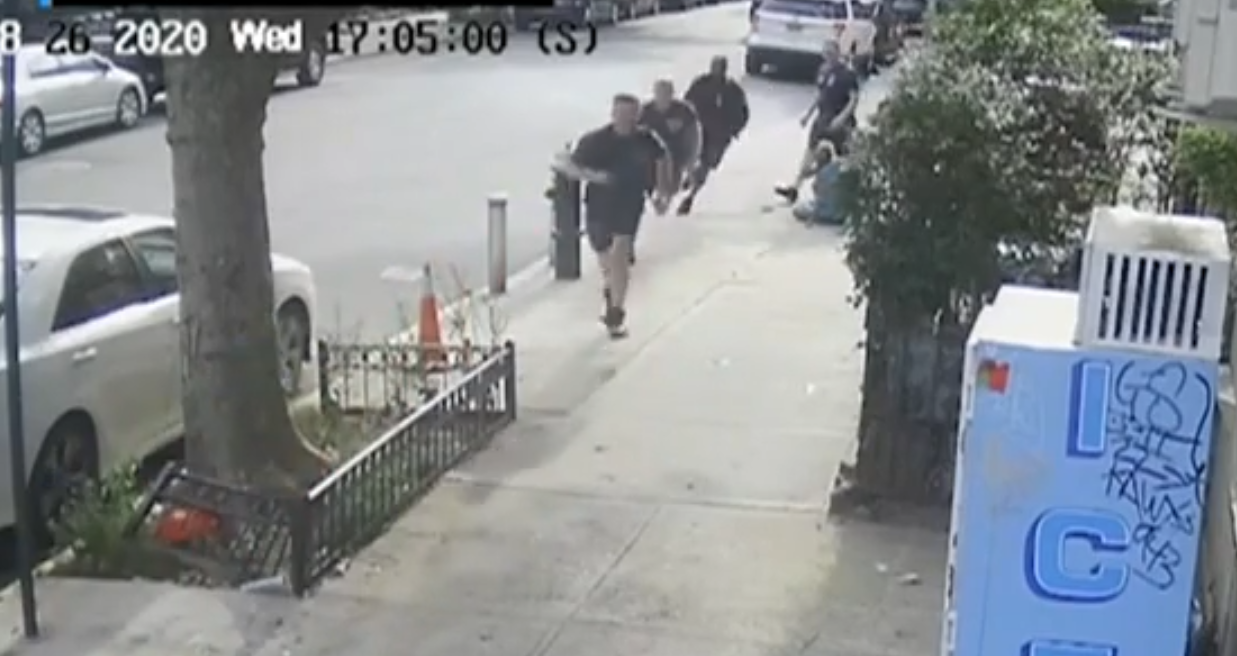 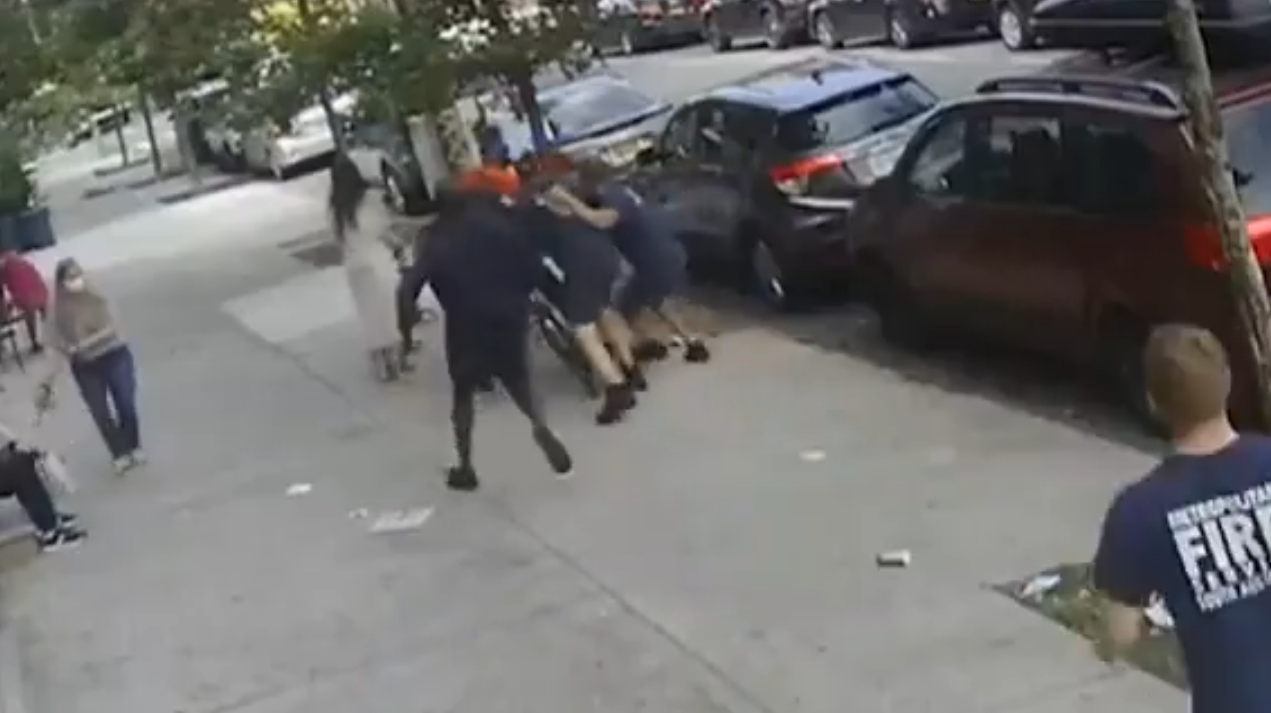 The woman, dressed in blue, was knocked backwards onto the ground in the alleged random attack outside a Brooklyn fire station.

But moments later, four firefighters rush out to chase the rider through the streets.

Just around the corner, the pursuers caught up with the cyclist and wrestled him to the ground.

Police say that as the suspect was restrained, one firefighter was punched in the eye.

The 29-year-old suffered bruising and swelling.

While the firemen grappled with the suspect, others stayed to take care of the alleged victim.

A man has been arrested in connection with the incident. 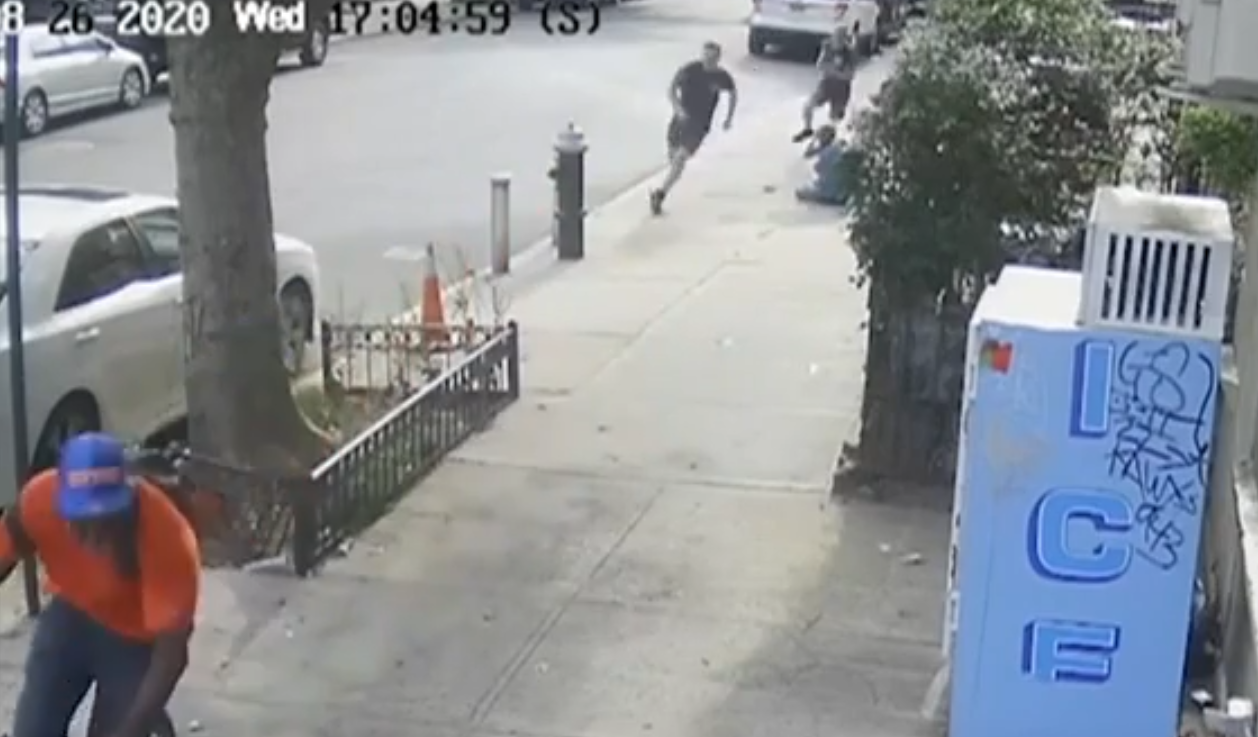 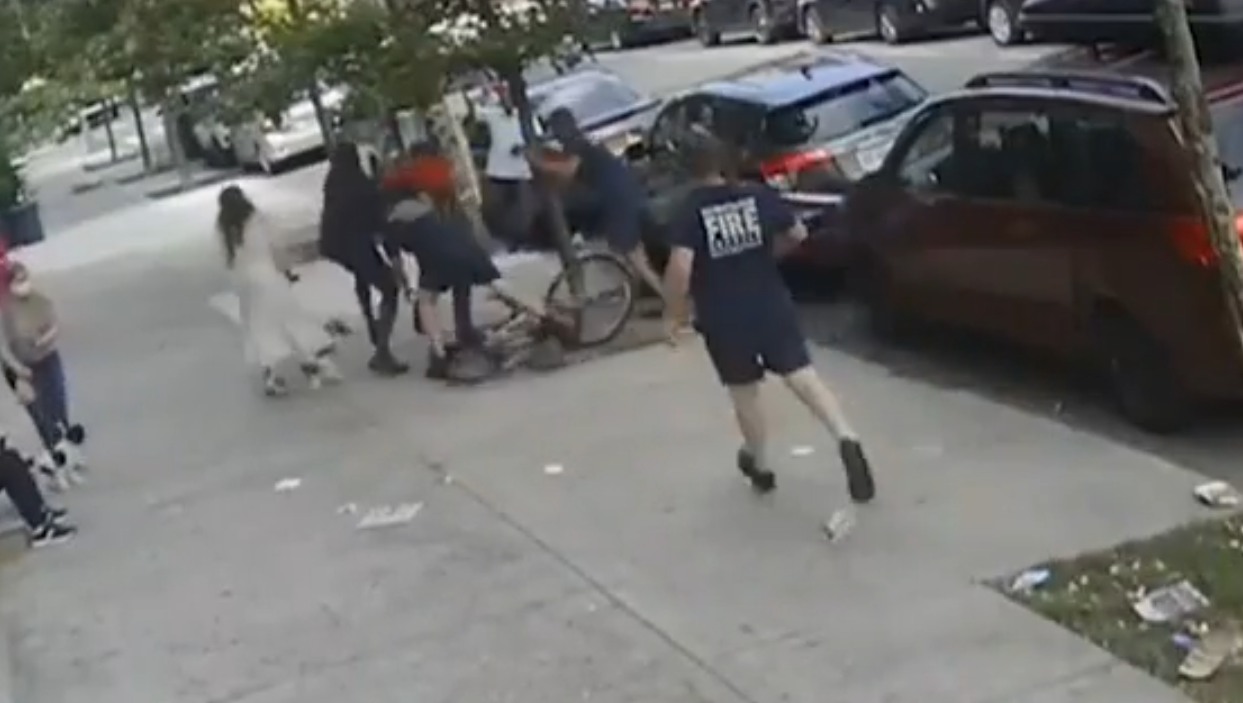 "She’s very nice. The whole family, I know them.

Alzokari watched the firefighters jump into action after the assault, which happened at around 5pm on August 26.

“I just see the guy running with the bike, and I see the fire department came after him,” Alzokari said.

The firefighters stayed with the suspect until police arrived.

The suspect was then led away in handcuffs while crowds watched.

“You feel safe. They’re always helping the community, and that’s a very, very good job that they did,” Alzokari said.

It's claimed he has 18 prior arrests for crimes including robbery and assault.

He was allegedly most recently arrested on August 2 for slashing a 26-year-old man in the face.

Detectives say Biggs and his alleged victim don't know each other, and his motive for the suspected assault is unclear.