A man died yesterday after his car plunged off a cliff near a popular holiday park in North Yorkshire.

Police rushed to a cliff near the Blue Dolphin holiday park, near Filey, shortly after 1:30pm to reports of a car going off the side of a cliff onto the rocks far below.

The drop from the cliffs on the Cleveland Way are around 200ft, though the area is popular with tourists and is part of a well-known National Trail.

The man was the person inside of the car when it went over the edge close – several hours later North Yorkshire Police confirmed that the man had died.

Pictures from the scene show multiple emergency service vehicles next to the cliff edge. 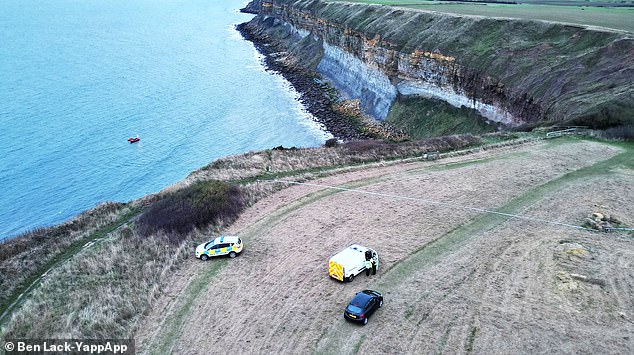 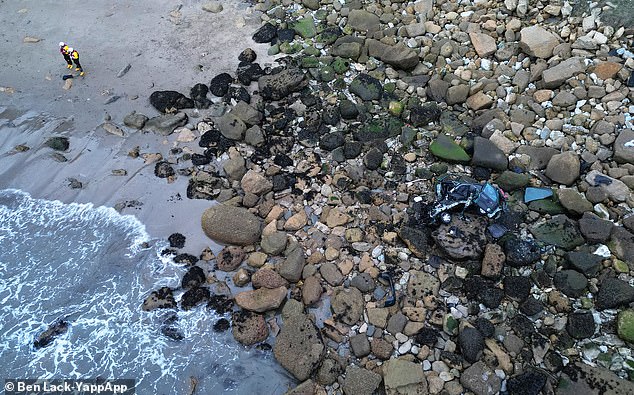 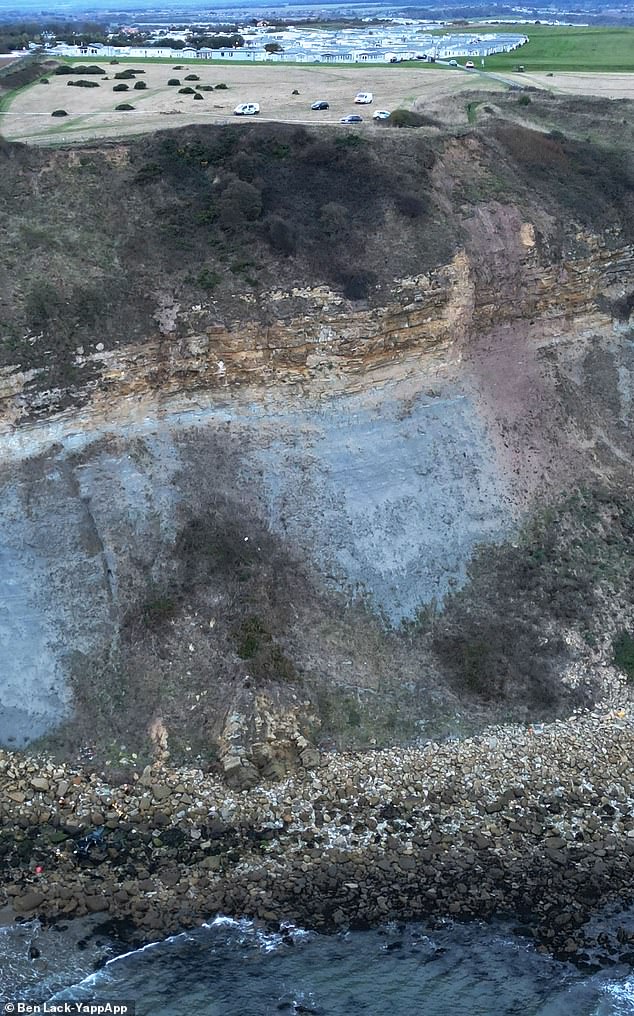 The crash happened at about 1:35pm yesterday near Haven’s Blue Dolphin holiday park in Filey

A spokesperson for North Yorkshire Police said: ‘We can now confirm that sadly, a man, who was the only occupant of the vehicle that went over the cliff near Filey earlier today, died this afternoon.

‘His family have been informed; however, we are not yet in a position to release his identity.

‘Police investigators remain at the scene of the incident to examine the scene and establish the circumstances.

‘A multi-agency operation is in place to arrange for the recovery the vehicle from the base of the cliffs.’