Cocaine and ice with a street value of $38 million has been found in boxes of adult sex toys bound for Melbourne.

Border Force officers found the drugs after they X-rayed a consignment of 21 boxes of adult products which arrived in Melbourne from Britain via Singapore. 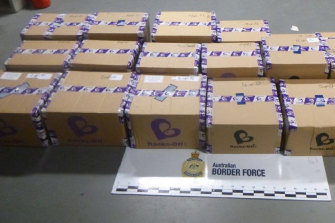 Examination of the boxes by federal police found substances hidden within the items. Tests showed the substances were methamphetamine and cocaine.

In total, police found 40 kilograms of ice and 18 kilograms of cocaine allegedly concealed in the sex toys. The methamphetamine has an estimated street value of up to $30 million, and the cocaine $8 million.

Raids were undertaken at properties in Bellfield and Thomastown in Melbourne's north on Thursday and several people were spoken to by police.

Enquiries are continuing and charges have not been ruled out, police said. 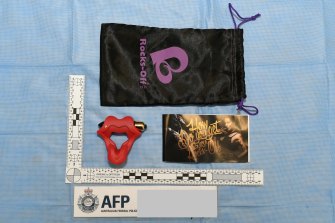 The drugs are estimated to have a street value of $38 million. Credit:Australian Federal Police

Federal Police acting Commander of Investigations Jayne Crossling said the seizure demonstrated how drug smuggling was continuing throughout the pandemic.

“COVID-19 has not stopped drug dealers or organised crime syndicates from trying to import illicit products into Australia," she said.

“Drugs and drug abuse have severe consequences for the Australian community.

"Those with illicit substances in their system are unpredictable and it’s not just their health they are putting at risk, but those around them." 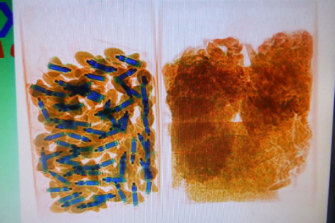 Border force officials did an x-ray of the boxes and suspected there were drugs inside. Credit:Australian Federal Police

"Despite their attempts, criminal concealments are no match for our officers who are well-trained to detect such efforts,” he said.

Anyone with information that may assist investigators is urged to contact Crime Stoppers on 1800 333 000.

For free and confidential advice about alcohol and other drug treatment services call the National Alcohol and Other Drug Hotline on 1800 250 015. Access free 24/7 drug and alcohol counselling online at www.counsellingonline.org