Drunk mother, 32, broke her pregnant friend’s eye socket and assaulted two children when an argument at a kid’s party erupted into violence

A drunk mother broke her pregnant friend’s eye socket and assaulted two infants when an argument at a children’s party erupted into violence.

Rachel Carter, 32, flew ‘over the heads’ of horrified, screaming children to attack Jade Huckstep at a Ramsgate gathering in March last year.

She barged past two children, causing common assault, to set upon her victim.

Judge Simon James at Canterbury Crown Court told her: ‘You became involved in an argument with your former friend who you knew was in the early stages of pregnancy.

‘It is clear things descended into a physical altercation with you two mothers exchanging punches. 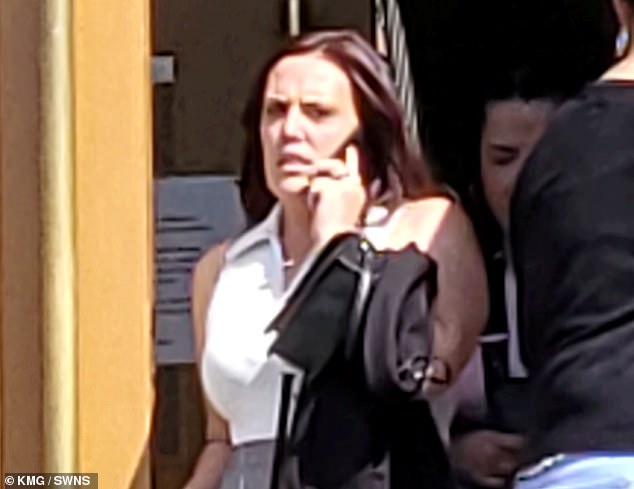 Rachel Carter (pictured), 32, broke her pregnant friend’s eye socket and barged past two infants after the drunk mother-of-two lost her temper at a children’s party in Ramsgate

‘Outside, you can both be seen screaming insults at each other, seemingly oblivious to the impact that had on the children around you.

‘You pushed children out of the way so you could continue to prosecute your assault.

‘You were both drunk and behaving like children – the footage is extraordinary and you should hang your head in shame.’

Carter was convicted after pleading guilty to grievous bodily harm and two counts of common assault, which relate to the two children she pushed past.

Judge James said he would suspend her sentence of two years as an ‘act of mercy’, so her own children would not go without a mother.

She must also complete a 40-day rehabilitation activity with probation.

At one point in the fight, Carter had Ms Huckstep on the floor, punching and kicking her, the court heard.

A neighbour filmed the altercation through their keyhole as the fight spilled onto the landing and a child tried to stop the violence.

‘A neighbour tried to break them up – they screamed and shouted for many minutes. 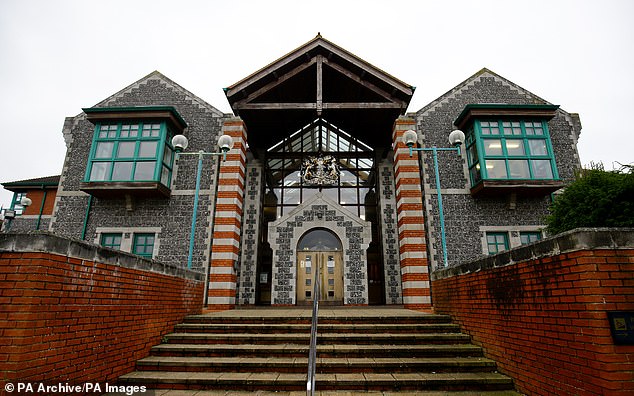 A judge at Canterbury Crown Court told Ms Carter he would suspend her sentence of two years as an ‘act of mercy’, so her own children would not go without a mother

‘(It is) thoroughly unedifying and quite shocking that all of that should take place over the heads of children.’

The footage showed the pair brawling on the landing with the word ‘tramp’ being screamed and children can be heard crying.

Carter, who has previous assault convictions, appeared visibly distressed in the dock and was supported by friends in the public gallery.

Her barrister Tom Worden said there was a ‘significant degree of provocation involved, there was significant verbal abuse in the lead up to this incident’.

He also said that Carter, of La Belle Alliance Square in Margate, was working to address an alcohol problem and she hopes to train as a barber.