Earthquake hits Croatia, with reports of injuries and damaged buildings

A 6.3 magnitude earthquake has hit Croatia, with reports of one death, “many” injuries and damaged buildings near Zagreb.

A 12-year-old child in the town of Petrinja – 31 miles from Zagreb – has been killed, according to the N1 news channel. 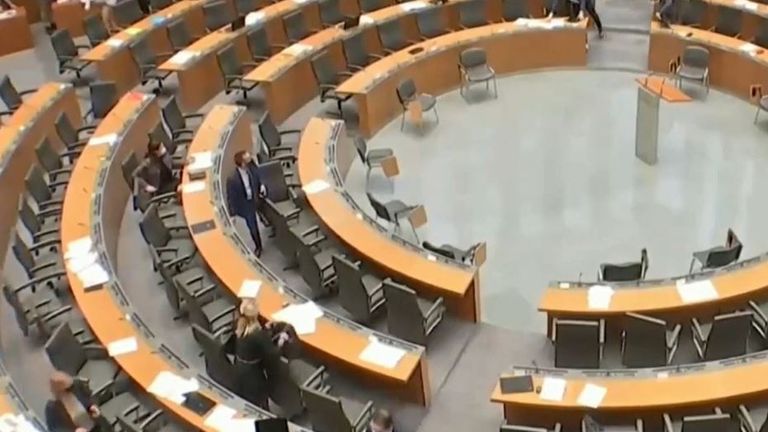 Croatia’s PM Andrej Plenkovic tweeted to say he was on his way to the area, adding: “The most important thing now is to save human lives.”

Tomislav Fabijanic, head of emergency medical service in Sisak near Petrinja, said there were many injured in Petrinja and in Sisak.

“There are fractures, there are concussions and some had to be operated on,” he said.

Video footage showed people being rescued from rubble near the epicentre. Other clips showed a house with a roof caved in.

The quake could be felt in the capital Zagreb, as well as in neghbouring Bosnia and Serbia.

Slovenia’s STA news agency said that the country’s sole nuclear power plant was shut down as a precaution.

The same area was struck by a 5.2 magnitude quake on Monday, killing one person and injuring 27.